Would you upgrade to a "Reserve" wine

I disagree a little. It does mean something. Clearly in this and other cases the producer has decided that for one reason or another they are going to market a higher tier than their usual wine. If this is simply just putting a different label on the same bottle then I would be very disappointed even from a store like Tesco - they aren’t as good as TWS but even they would be pretty unhappy with sharp practice like this. That leaves some degree of tiering of wine. It may be a small or barely perceptible difference but surely there must be something going on.

Trivento is a mass produced label.

Nothing wrong with that necessarily. Cono Sur produce a hell of a lot of wine for supermarkets but also make Ocio, which Toby Morhall has in the past called Chile’s best Pinot Noir!

My question is, do you think to worth paying the extra?

If you like the original then maybe it is. You’re on TWS community, so if you wanted to go on some esoteric voyage of Malbec you would probably be picking a mixed case from the list and ordering them in. But you were in Tesco so this was probably a more spur of the moment purchase and wondering about the tiers for an everyday drinker - I therefore say it probably is worth it!

I would certainly try a better reserva from this type of new world producer, mainly as they seem to have extremely uniform and consistent quality breaks at the different price points and you can predict a lot of what is said above in them.

And……. to just to also clarify this brand is bottled in the UK and shipped in containers in.

Is this a problem?

5 litres of wine for around £8 at current exchange rates. If you’re not fussy that’s a lot of hooch for the money ! 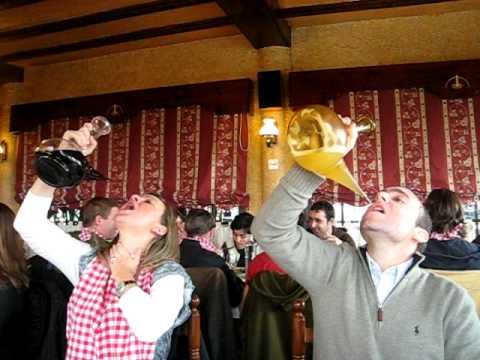 this is how you do it

Is this a problem

No not at all just reiterating the point that reserva in this case doesn’t mean any special extended bottle age etc and infact they are doing what a lot of larger groups do in practicing sustainability and reducing carbon footprint .

Ha! A couple of years ago we went to a fairly remote Catalan restaurant that had a name for authentic cuisine. We were seated next to a very convivial table of about 8 other guests who seemed delighted that foreigners were trying local dishes. They often sent over their wines in those things (no idea what they are called) for us to take a slug out of.

Most enjoyable. Can’t remember much else though.

Don’t know if anyone else listens to the Battonage podcast, with Liam Stevenson and Fiona Beckett, but Episode 13 was on this very subject. Their guest was Richard Lloyd, the General Manager of Accolade Wines, Europe’s largest bottler of bulk wines.

A really interesting listen, he made the case for quality and agility, as well as cost and environmental impact.

as long as the wine didn’t taste like toilet duck

I think they are porons (sp?)

will have a listen - thanks

Let me guess. He’s in favour of bulk shipping?

Just a little. Some points I hadn’t considered, interesting to hear him lay out (apart from the vile-sounding, sweet red brand).

Guess it’s right for some products, though I instinctively prefer the idea of wine bottled where it was made, under the producer’s control. Not entirely sure why, however.

I instinctively prefer the idea of wine bottled where it was made, under the producer’s control. Not entirely sure why, however.

Yeah, same here. I’ve had a few bulk shipped wines in the past, and as cheap and drinkable as they were, I can’t remember one that truly excited me. Maybe knowing the wines were bulk shipped prejudiced my objectivity but I’d like to think not.

However, the occasional cheap wine, bottled at source, has more than exceeded expectations so I usuallly stick with those when I want something cheap and cheerful midweek.

Not entirely sure why, however

Perhaps its because the wine in the bottle is as intended by the winemaker at the winery?

Slightly off-topic, because I think this is mainly about reds, but if faced with a reserve for a white, especially a Viognier, but also a Chardonnay, I probably would avoid it, because it often just means (over-)oaked.

I really only pay attention to the reserves on Spanish wines and in particular Rioja where it is very meaningful. I will generally start with a producer’s basic and if I like it I will buy more and also buy some of the next reserve up for a slightly more special occasion. And so on…

Something that also came out of the podcast that I hadn’t really grasped before is that with bulk shipping, the winemaker is frequently at the bottling plant, deciding how to blend the lakes of wine at their fingertips (and how much sugar to add).

All too often they are playing with juice according to customer profiles rather than creating a living product from vine to bottle.

Thanks for all your thoughts on this topic. I f I may be able to try and summarise the wisdom shared. The voting shows a strong preference to upgrade to a Reserve label if the basic one was enjoyed. However, in the comments there were many doubts raised over the value of Reserve label and whether it was a marketing ploy. In defence of the Trivento example I gave they are stated to be aged longer:

It was mentioned that some regions do have more strict use of terms eg Rioja. @Brocklehurstj I have researched that a little below from https://www.thewinesociety.com/guides-wine-regions-rioja

In 1926 Rioja established the first consejo regulador and so was the first Spanish wine to obtain Denominación de Origen status. The regulations govern many aspects of wine production but of most significance to wine drinkers are the rules specifying oak ageing:

Joven: wines that have had no oak ageing.

Crianza wines must spend a minimum of one year in oak barrel and one in bottle before release.

Gran Reserva wines are usually made in the best vintages where the fruit quality is rich enough to support two years in oak barrel and three in bottle.

What can be confusing is that these are minimum regulations and each house does its own thing. The more premium wines will often spend much longer in oak. The choice of which vintages will be suitable for the long-haul is each winery’s decision.

The comments generally were weighted to be more sceptical of upgrading, and rather buy from another smaller producer.

There were same entertaining diversions into the merits of Yellow tail as a toilet cleaner and a novel design for drinking receptacle. @JamesF @Alchemist

We finished with an informative digression into modern wine transport and bottling. Bulk shipping reduces costs and environmental impact - but does it feel right?

Joven: wines that have had no oak ageing.

This information on the TWS website is not correct.

Joven wines are those that meet Rioja criteria yet have not had sufficient wood aging to meet the requirements for Crianza. They may have not seen any oak, but they could have spent 11 months in barrel and still not reach Crianza certification.

A case in point is the widely available Campo Viejo Rioja. With its bright yellow label (click image below) and cheap price it is on many supermarket shelves and pub chain wine lists. It is a Joven but has spent 4 months in barrel. 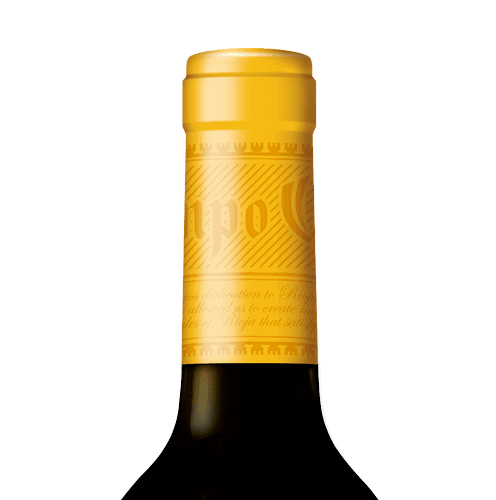 Didn’t it change to a joven a few years back? I’m sure the yellow label used to be a crianza, and my assumption was that reducing the oak time was a way of keeping the price steady. Or am I mixing it up with something else…?

Meanwhile, the other stuff is eating right through the porcelain.

This brought back memories of my late father in law who used Vim powder to descale his teeth…and no, they weren’t falsers…