A vote for the Falanghina (or the Alsace Pinot Blanc).

We do want an English wine in the mix, hence the Society English White

Go carefully with that choice, it’s made by 3 Choirs (nothing wrong with that) but does have hybrids in the blend which can be off-putting and not to everyone’s taste. Unless you’ve tried it yourself that is…

but does have hybrids in the blend

I’ve not found any white hybrids grown in England to have off-putting flavours.

Some faint bell in my head seems to ring the words Huxelrebe and Reichensteiner. Then again, I might be losing it.

Solaris and Siegerrebe. When it came out in January I emailed TWS specifically to ask what the assemblage was.

Anyway, this was the reply

Good Afternoon Dr Harvey,
﻿
Thank you for your email.
﻿
“We’ve asked our English buyer who has advised that it is a blend of Madeleine Angevine, Siegerrebe, and Solaris. While Solaris is recognised as a Vitis Vinifera variety, it is bred from the Seyval Blanc variety, amongst others, which is a hybrid variety itself”
﻿
I think Solaris is tolerable but the latter is a bit too foxy for me, but it’s obviously personal taste.

I’ve not found any white hybrids grown in England to have off-putting flavours.

Seyval made into a still table wine ? Yuk, in a word. But it’s entirely personal taste.

In my defence, I seem to recall Freddy saying back in 2018 that every vintage of this wine is a slightly different blend… But perhaps he was talking about the Rosé… Ignore me

Id push the boat out and go for the Lirac Maby

Well, all the choices are going to be blind tasted anyway, so only the best one is going to actually be the wedding white.

Think I’ve got about 10 ideas so far, probably need to reduce that down to about 8 to try and manage the tasting!

Would suggest you stay totally South African, they were there when the going was good now you can be there when it’s not quite so good, perhaps Peterm could help you out, always spot on with an eye for vfm, also if you aren’t going to have real champers then once again SA fizz and Peterm could hopefully help. Peterm❤️

Ps ensuring that it is bottled packed/cased at source.

Just a thought - depending on logistics etc, would it make sense to buy some wine-in-a-box? the society do one of their very best cheap reds (Jaume CdR) in a box, and they look to have a good gascogne white too:. This may work out better value for money

A great Society favourite from the French south-west, now in bag-in-box, this is fruity, light and refreshing with a hint of roundness on the finish.

I’m not averse to wine in a box but I think I might give the concept a swerve for the wedding wine!

The Ribolla Gialla, Friuli, Puiatti 2019 is a terrific wine for under £10 IMO, though personally I prefer it with a few nibbles as it’s got quite a lot to it. Ditto the Saint-Mont, Les Vignes Retrouvées 2018.

I’d second what Alabaster_Cheeks says though - if you can stretch to the Lirac Maby, that’s probably the one I’d go for myself, given the need to go well w/o food.

Ditto the Fiano Greco, Puglia, A Mano 2019 - really tasty but enough minerality to go w/o food [for my tastes]

And last but certainly not least - I think this one’s a cracker, though I’ve not had any of the 2020 - Corbières Blanc, Château Ollieux Romanis 2020

While I’d also support nominations for the Falanghina, I’ll throw something different in too:

Ripe, passionfruit sauvignon takes the lead in this popular Loire white which includes a little chardonnay which rounds out the palate.

I haven’t had the 2020 but previous vintages have had classic grapefruit and grass cuttings and been outrageously easy to drink.

And if the cost of the wedding dress has got a bit out of hand, this is a great cheaper option. 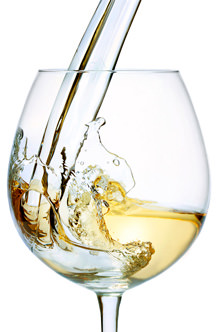 This is a classic example of this light and easy-drinking style from northern Portugal, with delicate spritz and bright, fresh palate.

At 12% it’s also a good option if you’re worried about the consequences of your guests putting it away a bit too relentlessly.

The Cheverney is another good call, I’d forgotten all about that one. Going in my next order!

Ooh, yes. I’ve enjoyed the Cheverney in the past. Interesting. Have put it in the basket and back up to 10 wines, really need to chop a few from the final list!

Defo want a Vinho Verde in the mix, a big fan of them.

No reviews for the 2020 yet but looking at past reviews this might be the better option:

Lima – the Portuguese region and the local co-op – is known for the loureiro grape, whose meadow-scented aromas make this gently spritzy Vinho Verde a delightful aperitif, or serve with salads and simple fish dishes.

When thinking of really approachable, easy-drinking white wines, I thought straight away of Picpoul de Pinet.

The Society has two very good ones available (I especially like the Félines Jourdan):

One of the best-value whites from the south of France. Full-flavoured, dry yet with crisp freshness and a beguiling citrus and herb flavour, and perfect to enjoy it on its own or with fish and seafood.

Picpoul de Pinet, now a cru of the Languedoc in the south of France, produces a clean, full-flavoured white and is a perfect partner for seafood. This comes from Condamine l'Evêque, the estate owned by Guy Bascou, leading light in the appellation.

Well, we had the tasting. 7 wines, tasted by 5 people and all tasted blind (well, apart from me since I was the one wrapping up each bottle).

The wines tasted were the following:

To celebrate the amazing potential of the 2020 harvest we’ve super-charged the Payford Bridge up to 100% bacchus, England’s finest aromatic white grape, giving an elderflower and gooseberry infused white with greater weight and focus compared to our other blends. A serious introduction to bacchus at...

The follow-on to the hugely popular 2019 vintage, the 2020 is equally delicious. A blend of moschofilero, providing the grapefruit and rosehip aromatics, and roditis, giving wonderful citrusy freshness. The perfect ‘anyday’ white from Greece.

Lima – the Portuguese region and the local co-op – is known for the loureiro grape, whose meadow-scented aromas make this gently spritzy Vinho Verde a delightful aperitif, or serve with salads and simple fish dishes.

Dry and full-bodied white from Gascony in the French south-west, with complex aromas of nectarine and citrus.The Plaimont co-op is at the centre of a vineyard that had never regained its confidence following the phylloxera catastrophe of more than a century ago, and Saint Mont had to be...

The co-operative movement has historically been important in Germany and Ruppertsberg is easily one of the best. This full, fruity dry white, which in 2020 is made using 60% silvaner and 40% riesling, is a perfectly balanced and versatile white.

Unoaked Loire chardonnay for simple pleasure, with subtle floral aromas, light and fresh on the palate.

The Sainsbury NZ is the evening white we are serving so was chucked into the tasting for daytime white just to see if it would win and thus slightly save me the logistical headache of serving two whites.

There were three wines that completely stood out from the rest and they were the Society Greek White, the Saint-Mont, Les Vignes Retrouvées and the The Society’s Ruppertsberg.

The Three Choirs Payford Bridge Gloucestershire was broadly underwhelming which surprised me as I’d rather suspected it might be the winner. No one particularly loved it, it got a bit better when paired with nibbles such as Olives and it was summed up to be ‘perfectly drinkable, if not exciting’. I really like English wines so this was personally disappointing as I had very high hopes for it.

Everyone enjoyed the Ponte de Lima Loureiro, Vinho Verde and it has a nice touch of fizz to it but equally everyone also agreed that due to that reason it wasn’t a food wine. If we were looking for a reception wine it might well have been in the mix.

The Sainsbury’s SB was well received, particularly when told the price, after discount, was £4.75 a bottle but again, not exciting enough to get through to the final round. Unlike many of the wines tasted, everyone could easily guess this was a NZ SB. People were perfectly happy with the prospect of it being served in the evening of, hopefully, a warm July.

The Val de Loire Chardonnay, Famille Bougrier split the group, 3 people felt it was pretty boring and not that exicting but two of the group really rather liked it. Still, with three very well liked wines already competing it was not enough to progress.

So we were left the the Greek wine, the Retrouvees and the Ruppertsberg which were all retasted and compared directly against one another. Going into the retaste the broad consensus was that it was probably between the Greek and the Ruppertsberg but actually on the retaste the Retrouvees had come alive and the Greek maintained it’s early appeal which put Ruppbertsberg into third place. It was then very very close between the Greek and Retrouvees but with the Greek just pipping it in the end, much to everyone’s surprise when it was revealed that it was a Greek wine. I’ve ordered a case of the Retrovees for my own personal consumption, as I was seriously impressed with it at the price point it is and the Greek has been ordered to serve with the wedding meal.

People made a valent effort of guessing the Countries but aside from frequent guesses of France, which often bore no relation to where the wine was actually from there wasn’t much to write home about. A couple of people guessed the English was English, everyone guessed NZ SB was NZ and most people clocked the Vino Verde but the other 4 were a complete mystery to most. Probably most surprising to the people tasting was the Greek wine and also the German wine since they were both exceptional wines and a lot of people forget Greece produces excellent wines and for a lot of people they’d never touch a German wine with a bargepole if they saw it in a shop or on a wine list. I think this is the value of blind tasting since you leave all your prejudices at the door.

Anyway, thanks all for the suggestions. I think both the runners up the Retrouvées and the Ruppertsberg came from this thread and were clearly high quality contenders. I tried to get one of the Italian wines suggested but it wasn’t in stock in time for the tasting.

So we have ended up with two Greek wines for the wedding meal (the red being the Xinomavro Jeunes Vignes, Thymiopoulos) which was absolutely not the intention. I am sure people will think we got engaged in Greece or something when the truth is both the Greek wines are included purely on their own merits. We tried the Zinemavro at a WS tasting early last year and it blew us away then and the Greek white was a wild card choice I threw into the tasting which again simply blew everyone away. If ever there is a time to be seriously excited about Greek wines it is surely now.

I really like English wines so this was personally disappointing as I had very high hopes for it.