Have you tried before or just based on the (impressive) rep?

Enjoyed a bottle of 7 Fuentes a few weeks ago.

I see they have the red too which I haven’t bought for several years.

Once I spotted the white, I was looking to check whether the red was sold too - there were none I could see, but will have a look again next time I shop there. Was chuffed with the white, for sure - that blend is right up my street!

Well it’s listed on their website. I don’t know if they actually have it or not.

I’ve had it before , I’ve been buying their wines for years from Decantalo, great that TWS are now stocking this one at least

Here’s one for novelty seekers 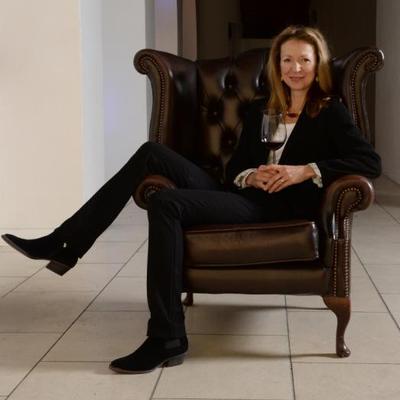 @joannasimon
Aptly named Rare by Oliver Coste – there are only 250 ha of Carignan Blanc worldwide. Coste has a 70-year-old plot by the sea @DomaineMontrose. New #wineoftheweek joannasimon.com/post/wine-of-t… https://t.co/YYwh7vwhaq

(For info - haven’t tried it myself)

On the subject of Tesco’s range, the Extra near me has broadened its range a fair bit recently. The Bonny Doons etc mentioned by others above, but also a few more Penfolds wines, Boukenhoutskloof Chocolate Block ( on the 25% mix 6 deal, a keenly priced 16.50), a Tyrrell’s semillon, Ascheri Barolo, a 5 putts Tokaji, and quite a few other newish entries. Perhaps nothing really amazing, but a wider range than has been the case in the past few years, and good value when the 25% offer is on.

I would love to know who has this in their basket, and why!

Now, I’ve enjoyed some Condrieus (?Condrieux) that I’ve tried, but I cant imagine spending £1800 for six!

A half case of
https://www.thewinesociety.com/product/champagne-pol-roger-brut-reserve-nv

On special at TWS, but really special because payment in kind.

Sadly no payment in kind here. £40 seems a touch pricey but bought it all the same. Been intending to try more beaujolais for a few years and not quite getting round to it. This feels like a start.

I was tempted by that but as I’ll be in France at the time getting the sample pack sent to me might be a bit of an issue!

I look forward to your posting whatever consolations you find in SuperU* in March.

*been at least 10 years since i went to France so this reference may no longer apply.

Still some bottles in the cupboard but I wanted to get an early order in (and missed one of the Thursday so I had a bit of flex on wine spending, honest). Winegoals #2022 was to explore different countries which we did, but it’s back to France for a large part of this order and some free wines from reserves, all delivered by the red van. Nearly all new ones apart from the first one which we have had an earlier vintage. Also a withdrawal of Vina Tondonia 2007 from BBR which was bought years ago that came in a nice cardboard box. I reckon current stocks plus the odd port or two will take us through to a spring order and winegoals#023 will be in play. 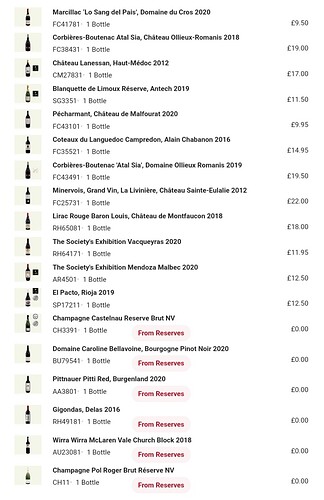 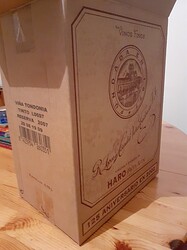 Selection of reasonably-priced whites (mainly). Intended to keep my corkscrew away from the fridge of whites that shouldn’t be opened just yet. 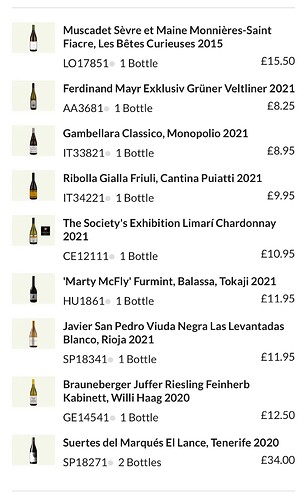 @lapin_rouge Have you had chance to try to the Auchroisk yet?

I put in an order for a bottle of Burgaud Morgan Cote du Py 2020 for a 3rd bite of the cherry for Cru Bojo.

I like the idea of a Bojo that I can age, that can develop further complexity, isn’t a Fleurie, and all for £14.95! I would have bought 2 bottles, but am cutting back on wine purchases (I recently bought 4 bottles of Chablis) - aside from presents - until Jan / Feb 23. I also spent the extra bottle on a donation to JustinGuitar, which is a fantastic resource for learning guitar.

Yes, I opened the Auchriosk a week or so ago. To be honest I thought there was something ‘odd’ about it, nothing I could pin down but perhaps a cough-sweets note in the background. So after a single glass the cork went back in. Similarly the Caol-ila was a tad harsh.

Sometimes I get that with WHB, and it vanishes after a month or so.

The Lowland (no-name but I think it’s Ailsa Bay) was the best of the three, lovely golden syrup & porridge.

Finally I’m coming around to thinking that WHB do not buy particularly good fillings, from distilleries set up for mass production of bland spirits destined for blends. A half dozen years ago WHB were very good, but there are other indy’s who seem to be better nowadays (Carn Mor especially)

Thanks @TomL for the Marlo tip. Had not heard of them before but speedy delivery of these tather fancy cellar defenders. Including delivery workedout about £11 per bottle. 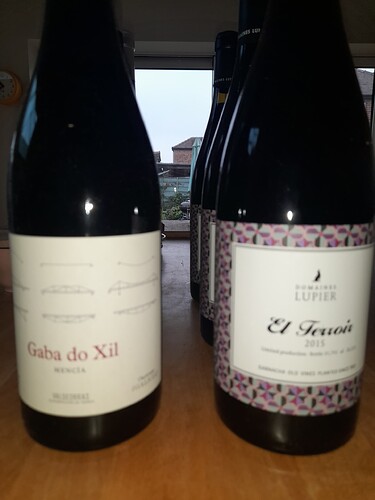 Just ordered a mixed half case of rose for my brother in law’s Christmas plus a couple of other rose for Christmas for other rose lovers (yes I know it’s winter but that’s what they drink!), TWS Oloroso for my 92 year old aunt, bottle of Bogle Vineyards Californian Merlot for another relative who loves Merlot, and a nice Madeira for myself!

I’m thinking that’s it, as I need to run down stocks here and there’s plenty of most things. Hoping that someone brings a nice port for New Year but they usually do. Got a couple of good bottles even if they don’t.