What is in your basket January to February 2020

Not had the 2010 Ciabot Berton barolo, but had the 2011 recently. I think you’ll enjoy it very much.

Didn’t realise you could buy beer singly though. Might have to check it out.

I wasn’t buying in January then the finewine list came out. I visited Ciabot Berton this year so couldn’t resist their 2010, meant to be a cracking vintage.Then 2010 Riojas are just singing as are 2010 burgundy. Especially with all this talk of 2018 en premier and if the vintage is too hot, why not buy a back vintage at only £2 a bottle more than its release price, and the same price for the Contino. No laying down needed.
Just then the chapoutier Hermitage appears, and the Beaucastel. I had to get customer service to combine the order. So I’m overspending …again. I very rarely spend the £50/bottle but these vintages are rarely available by the bottle.
I’m having them delivered in February so I stick to the January thing. A loophole.

So further to the Ciabot Berton, I paid 34 euro for the 2013 at the winery in September, that’s £30ish. TWS is cheaper than the Domaine by 13% for an older vintage. The 2013 was sold just before Christmas but I can’t remember the price. However the Nebbiolo was cheaper 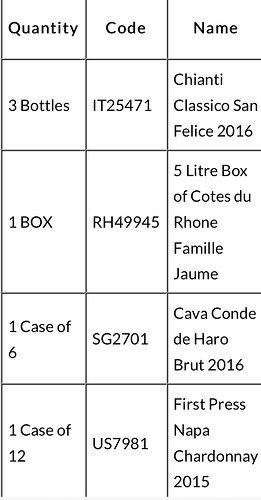 Ah … the five-litre cuboid of joy

Now “out of the box” thinking makes much more sense!

I’d like to open all four up and try side by side, but sadly I don’t think I have enough vacuvin stoppers…

Sounds like you need a few willing and thirsty volunteers!

I’d like to open all four up and try side by side, but sadly I don’t think I have enough vacuvin stoppers…

Just clear the schedule for a weekend, start early, drink slow, keep plenty of chow to hand and you’ll make it

Be interested to hear how the Marsanne has evolved. I’m hoping they will be fine value, if not strictly fine wine by definitions. I stuck some away alongside the TWS Brokenwood semillon.
I have to confess that all my Rioja 874 has gone

- it was very moreish.

Just pulled these single bottles from storage at L&W. 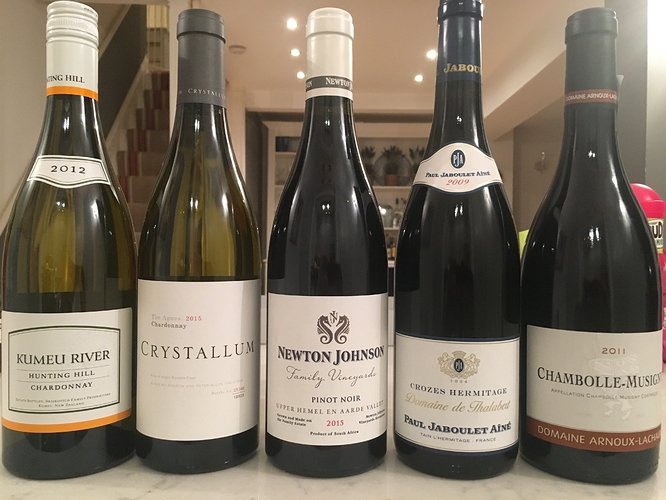 Excited to try the 2012 Hunting Hill now it has some bottle age as well as the 2015 Crystallum Chardonnay from South Africa. The Thalabert Crozes is from 2009 so should hopefully be ready to drink. 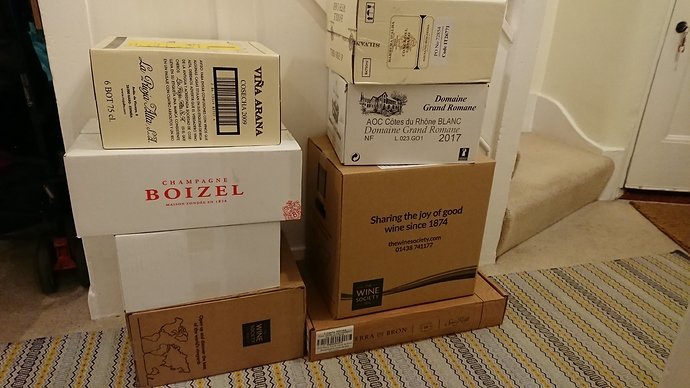 Nice way to start the day.

Finally placed the order that’s been building/lingering in my basket for weeks.

Bit extravagant for January, but it’s not getting delivered until February half term. 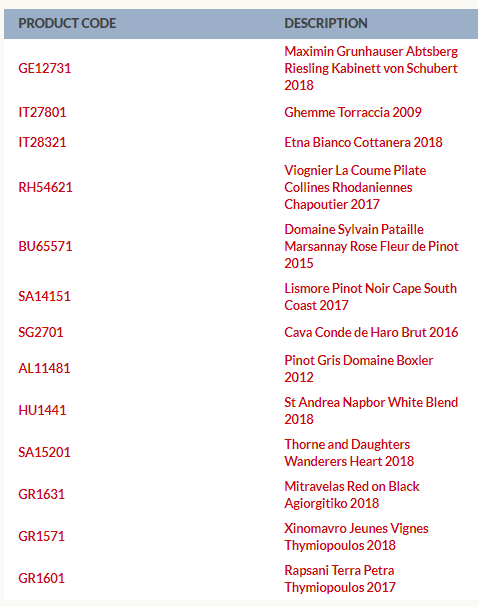 Something from Monday’s Germany tasting, something to feed my nebbiolo habit, a sprinkling of recommendations from these pages, a couple of cheaper bottles to bring the average bottle price down and a couple of other beauties which I’m already excited in anticipation of trying. The horrific photos on Twitter yesterday of the remains of Samantha O’Keefe’s winery confirmed the Lismore Pinot Noir’s place in the order, despite not really being able to afford it. I can certainly afford it more than she can right now.

A consistent problem which never ever seems to change

I have my eyes on 3 bottles of similarly priced SA Semillons… any insight would be appreciated. Not TWS… sorry.

Have they only just appeared?

Ooohhh I have a slight obsession with Semillon , thanks for posting … I’ll be justifying to myself why I NEED these 3