What are you going to do today?

I don’t think it’s unfair to state, without fear of contradiction, that some wine is spectacularly overpriced for the quality of the end product.

Again, that’s a symptom of demand outstripping supply, and an incendiary mix of marketing hype, FOMO and brand loyalty. Prices pretty much always go up, but some go up much more than others. That isn’t always deserved, or certainly as deserved as the price differential would suggest.

And yes, I think each and every one of us - whether we realise it or not (whether we’re honest with ourselves?)- probably defend, or at least look for mitigation, in bottles that frankly just weren’t really as good as they should have been.

(As a lengthy aside, when the proposition is forwarded that you should ‘taste before you buy’ I chuckle. This is clearly an easy notion for those residing in London/The South East, but for those of us out in the sticks, the cost of train/accomodation/sustenance/entry-to-the-event is worth usually multiple cases of that which is being tasted. It is an impediment to actually having the later wherewithal to actually afford the stuff you like! And young wine being young wine, it’s of limited value anyway).

Perhaps this all deserves a thread of its own, but one thing that came up at a recent tasting that stuck with me is when the wine tutor asked us to think about the purpose of a particular wine, ie what is the occasion, who are you sharing with (if anyone), your mood, food pairing etc etc. As you say @strawpig , there’s little point in opening something that won’t be appreciated; trying to strike a balance between what both you and the company you have will enjoy. So it tends to be the case that I will open a better wine to enjoy by myself- in some sense the wine becomes the company, and we can get to understand/know each other without the distractions of other people around.

Yeah, thats never a nice thing to do

This guy provided a handy phrase book if thats your thing

Here, I’m talking about my own experiences and directing towards myself when I say “familiarity helps calibrate”

I agree that some wines are truly great from the off, but if my track record say was big new world sweet reds. Then with a first foray into some Vin Jaune. It would be easy to be overwhelmed by the massive differences. The quality of the Vin Jaune may be secondary.

Where this has applied to my own experiences is say Txomin Etxaniz TX | Vivino which I love, but without trying a few different styles and making sense of it. I think I may have naturally decided it wasn’t my thing.

Priorat for me only really made sense after this guy for me. Similar for Dry Sherry, Rhone… etc

I’m never quite sure about the whole “familiarity helps calibrate thing” as a good wine should be good.

I’m not sure this is quite the same thing, but it can be useful to at least avoid any misplaced expectations.

For example, before I paid any attention to what I was drinking, I was generally looking for and expecting something full-bodied and rich if I was drinking red wine. So if I opened something and found it was medium or light-bodied, I was a bit disappointed. As though it was just wrong - a failed full-bodied wine. Whereas now I would consider a light-bodied red as a whole different category of wine, and I’m looking for something different when I drink it.

Interesting. I’d been thinking about starting a ‘how much wine is enough/too much’ thread for a while, but never quite go round to it…,

How Much Wine is Enough? Home & Lifestyle

Based on the discussion going on I’m kicking off this topic which seems to attract loads of interest. I ask myself these questions Do I buy too much wine? Will I drink all the wine I have? Do I have enough variety? Do I have enough wine for my lifetime? Will my children drink wine? What are the signs of overbuying wine? I don’t have any definitive answers but we can all try to address them.

Thanks, should have guessed this had already been discussed!

Edit - now I see you’ve just kicked it off!

Read yet another marketing email from TWS. Most of these go in the delete bin. I think I get far too many of them. I’ve noticed an upsurge too from Majestic, Sunday Times WC, Yapp and Berry’s not too many and some other hopefuls. I suppose it’s the time of year …bah humbug.

I get that and almost certainly (read:definitely) have had to do that myself with some wine regions.

That phrase book is very handy. I’ve picked up a few extra tips. Definitely need to start Slow-oxing my wine more as an excuse (also I’ll need to learn what that is and where I can find an ox in Clapham this close to Christmas). 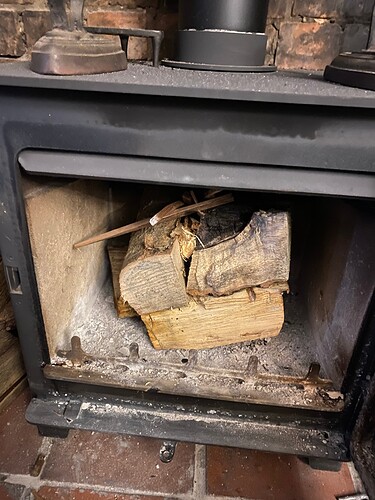 Definitely need to start Slow-oxing my wine more as an excuse (also I’ll need to learn what that is and where I can find an ox in Clapham this close to Christmas).

Big city oxen are way too fast for this purpose, always in a hurry. You need to get out into the country if you want your ox to be slow enough. 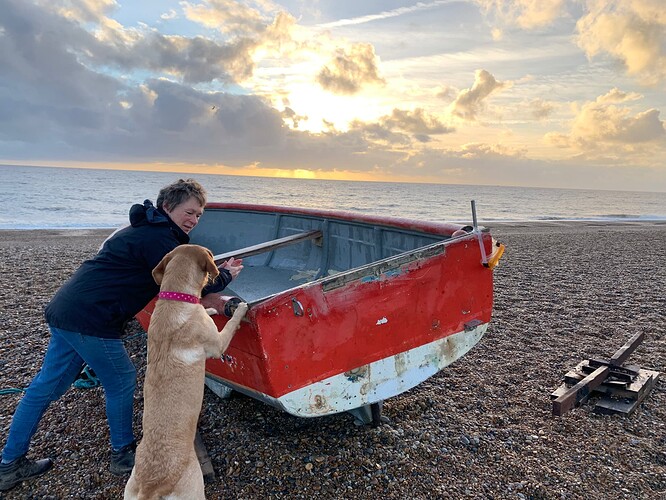 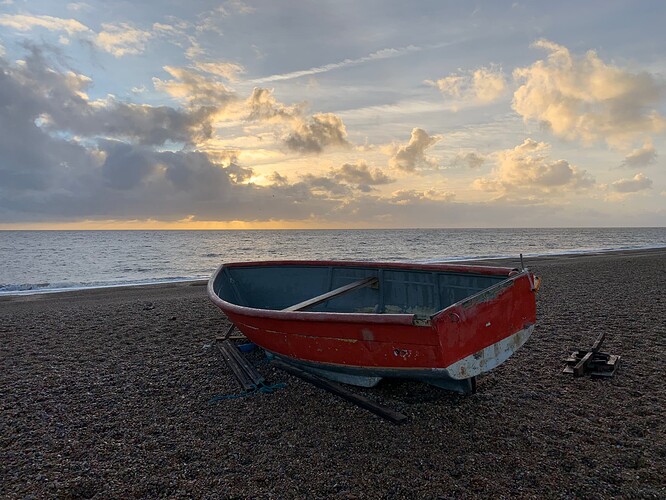 That’s interesting. I always leave a bed of ash, about an inch I guess, except on the extremely rare occasions when the whole stove has been cleaned out. (For instance after the chimney sweep has been). I’m under the impression that wood burns better on ash though I haven’t done any testing to verify this.

I also believe the age/design of the stove is relevant in some way but I don’t really know much about it. I think the way the ventilation and air circulation works has changed over the years.

Between household chores, still having fun with the new digital piano. It’s odd, going back to the beginning with an instrument - well, a false beginner at best. I think I learned Greensleeves on the guitar when I was like 9 or something, and I can now fumble my way through it on the piano with a songbook I found lying around. It’s also a lot of fun just playing around with chord progressions using inversions, making things up as I go along, seeing what works and what doesn’t.

The key principal here is actually the same. It’s not so much having a bed of ash as not having a grate that the hot embers drop through and then cool off. Burn coal on a grate and wood either on ash or just a flat plate (as in @Alabaster_cheeks fire). My fire has a non removable grate so I just let the ash build up to the level of the grate and then shovel it off the top occasionally. And the top down pile is built on top of that.

The upside down approach achieves the same thing by letting the embers fall through to and mix with the layers of wood below. Either way the embers continue to contribute to the fire.

Or at least that’s my understanding.

Last time I was there… must have been early '70’s and the fishing boats were hauled up on the shingle like your pic. Can you still buy fresh dabs from a shack on the beach ?

I think sometimes you might, but everything was firm locked up, including the Fish and chip place🥲
There’s a few fish huts in Aldeburgh if you’re on the Suffolk coast.

Sounds like Year 4 are doing the Tudors at the moment…

Twin #2 at the dinner table: “If I was one of Henry VIII’s wives, I would refuse to marry him!”