Oldish Barolo opened for the weekend. This is very good, still good structure with tannins and acidity present, but drinking very easy now. Missing a bit of the ethereal character I seek (may yet come tomorrow), but a great wine nevertheless. 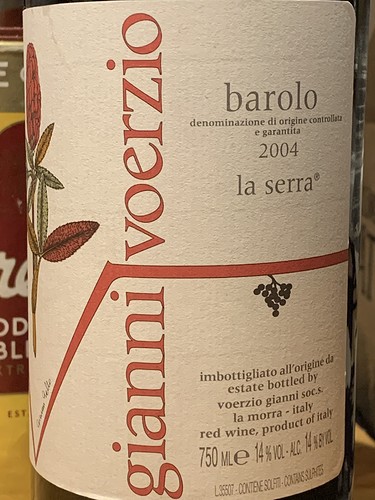 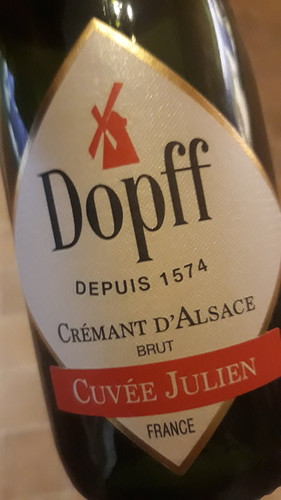 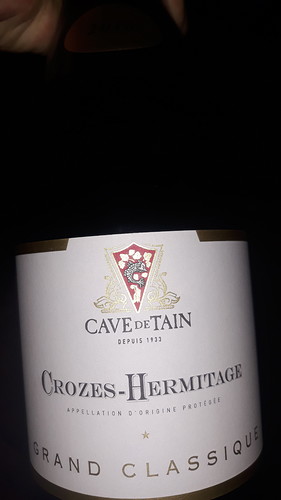 Celebration of getting to the end of fairly eventful week…… and not one I hope to never repeat. This tonight: 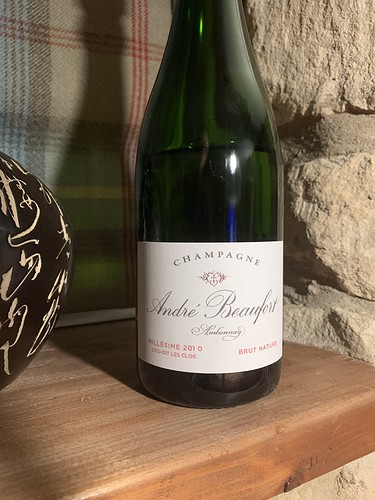 A very natural in style Champagne - from a low intervention producer - which is more wine than sparkling wine. Vibrant acidity and a very pronounced yeasty/marmite character. Only really struts its stuff once it warms in the glass. Long finish with again that yeast note and some citrus fruit. Really good but not a rebuy (philistine that I am I’d prefer a still wine with such characters).

A cold and windy day demanded some comfort food and wine this evening – so we’re making Osso Buco and Risotto alla Milanese, and cracked open this 2016 Amarone: 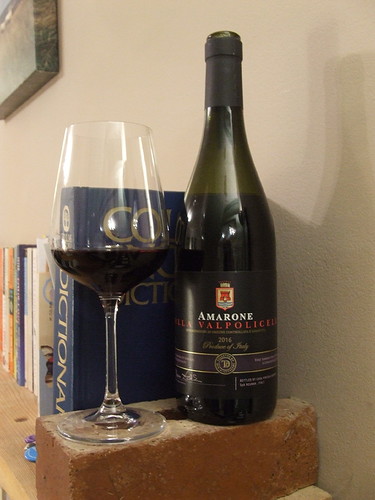 We don’t drink Amarone often, and this one was a present – but perhaps this gap in our little wine collection should be addressed. This is a delicious wintery treat, and for all of its raisinated grapes and its 15% ABV, it’s surprisingly elegant and easy to enjoy.

Lovely garnet colour in the glass, the nose is full of plums, Morello cherries, mocha and Christmas spices. On the palate it is wonderfully lively and balanced (I always expect a punch in the face with an Amarone – maybe my misconception!), with ripe plums, damsons and cherries covered in dark chocolate and held together by good acidity and fine, smooth tannins. The finish is not unlike a fig roll, maybe dunked in some coffee.

Here’s to re-appraisal of wine prejudices…

Mine came from a 2x3 single vineyard pack of 2012 cuvees from Bonhomme TWS listed back in 2015. The ‘Le Coteau de’l’Epinet’ was equally as good. The other, which I’ve still to try, is a ‘Les Hauts de Menards’ which has an even longer drinking window ( until 2026, the others until 2024 ).

As far as I’m aware TWS haven’t listed them since but If they did, price dependant, I’d certainly buy again.

Top value Bourgogne rouge from a very underrated grower. My photography leaves much to be desired. Grower is Gachot Monnot. 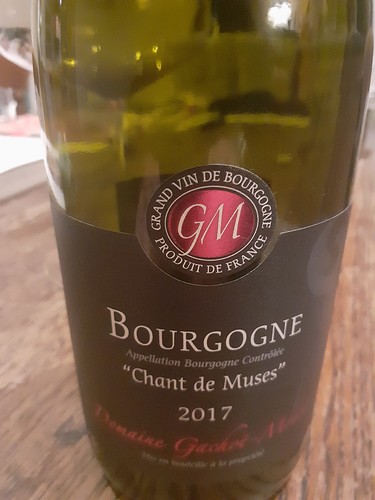 Here’s to re-appraisal of wine prejudices…

Your notes very much mirrored my own midweek, and first time, experience of Amarone. Needless to say, I was pleasantly surprised too ! 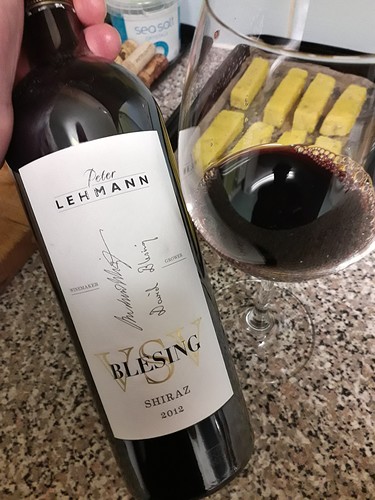 …apparently this Barossa Shiraz is usually reserved for Lehmann’s wine club members but TWS managed to prise some away for inclusion in a mixed case listed back in 2015.

Anyway, savoury plum and berry fruit, mocha and peppery spice on the nose. Smooth and ripe plum and blackberry fruit, liquorice, a touch of anise with fresh acidity and resolved tannins on tasting. Lovely balance and depth of flavour with nothing heavy or jammy to it whatsoever. Absolutely brilliant with the fat and protein in the steak which seemed to intensify its flavours even further. A bit like a rock guitarist stamping on the loud pedal !

Oh, couldn’t help but wonder if @winechief might have some insider knowledge on this too

*with regard to polenta chips, I doubt that without the influence of this community I’d have ever tried making them but I actually prefer them to the real thing. Umm, cheesy corn chips, great stuff

Your notes very much mirrored my own midweek, and first time, experience of Amarone. Needless to say, I was pleasantly surprised too !

I cannot cope with Amarone. Too high in alcohol. Saw a bottle of Pieropan Amarone in Waitrose. Thought hmm… must try. Looked at label. 16.5abv. It stayed on the shelf.

That would have put me off too. Thankfully the one I enjoyed was a mere 15% ! ( and tasted less ).

Friday - the last of the Covid “investments” at Moro in Exmouth Market. Paid for a voucher some months back on the promise of the value towards a meal with a free bottle of this: 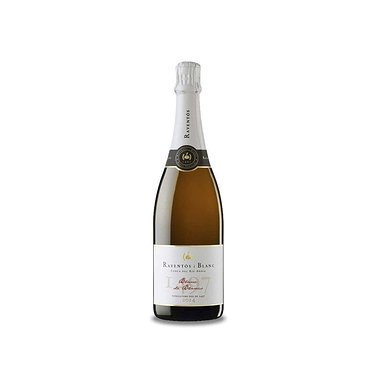 Moro’s more about the food than the wine but we did enjoy a Sherry each pre-meal. The cava was good too. A step up from Codorniu and the like.

Saturday - chickpea stew with sausages and a nice rioja 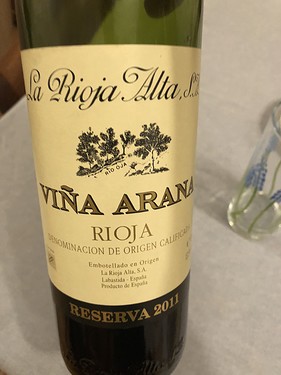 Cooked at the in-laws as we have a new kitchen project going on at home…It’ll be great when it’s done.

My first foray into orange wine last night with one of these - a 2017 Slobodne Vinarstvo Majer Zemianske Sady ‘Deviner’; made with two unusual-for-me grape varieties, Devin and Traminer; wild yeast & 10 days skin contact.

On opening, it fizz-popped like a bottle of proper hardcore homebrew scrumpy, and smelt not dissimilar. And on pouring into a decanter, looked every bit the same too. I did get an occasional slight whiff of a promised-land, but it was really struggling against the general whiff of funk funk and more funk. And then the taste itself really did take me back to homebrew scrumpy and just not a lot else. If anyone’s ever drunk proper unpasteurised Korean Makgeolli [a rice wine] in Korea - the stuff you can get here is pasteurised - then that’s what this was like. Challenging.

Tonight it’s not quite so much like that, and there is a bit more of the florals etc about it; but only just, and it’s still pretty awful. To my tastes at any rate - other tastes are available etc.

I’m glad to have tried it, and I do recognise it may of course have been a duff bottle. But with no prior experience with orange wines to compare it with, this, for now at least, is my last foray into the area! Easily the worst £27 I’ve ever spent on a wine. And as someone who rarely spends that much anyway, this was certainly a “disappointment”!

I love Osso Buco - it’s too long since I last cooked it. Which way did you go on the tomato / no tomato question? and was the Amarone not too heavy for the dish? 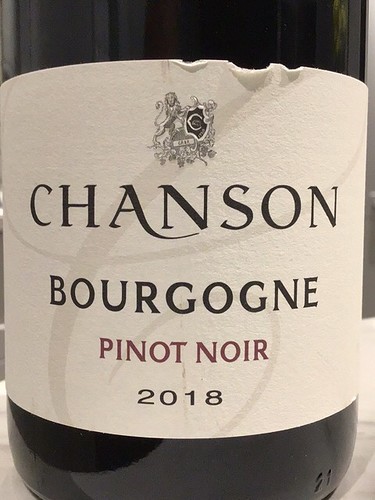 Not had that Blesing but I have drunk this wine:

Average of 91 points in 4 community wine reviews on 2009 Peter Lehmann Shiraz VSV Orrock, plus professional notes, label images, wine details, and recommendations on when to drink.

And I wonder if this is a different vineyard or just a different name for the cuvée.
From the Southern Flinders region which is a bit of a rarity.
The couple of other VSV’s I’ve had (Ruediger CS & 1885 Shiraz) were both 2009’s also and brilliant. They were a bit superior to the Orrock IMO.

Which way did you go on the tomato / no tomato question? and was the Amarone not too heavy for the dish?

Oh, no tomato in this household! The veal simmers in white wine only (with some finely chopped shallots in butter) for about 1.5 hours. Served with gremolata on top

The Amarone was perfect with it! Despite the 15% the fruit was tangy and the spice and chocolate notes perfect. The cosy revolution has begun!

I remember drinking gorgeous Zweigelt’s in Austria but never really adored one here in the UK. This may need a day or so to open up. Has good length, is wonderfully balanced, inky with great range of dark fruit, but just misses the mark somehow

I wonder if this is a different vineyard

The VSV wines seem to be named after the grower so I’d guess, yes it is.

According to the back label mine came from the Southern Flinders Ranges too but from the Blesing family vineyard ( 396m above sea level ). Which as a cyclist is quite a bit higher than any hill around these parts !

The 2012 ‘1885’ shiraz was also in the mixed case I received BTW and was broached back in 2019. Abbreviated notes were… still quite primary, remarkable drinkability, expansive finish, all the better for not being a blockbuster !

This caught me by surprise; twice! My first reaction was “why would there be a tomato question? What does osso-buco have to do with tomatoes?!” Then I started looking into it, and backtracking where I would have researched this in the first place, which usually involves the marvellous Felicity Cloake How to cook the perfect osso buco | Italian food and drink | The Guardian and there it was: a great tomato debate! I must have complete blanked it out because the answers seems obvious: meaty and buttery meets the acidity of the gremolata via the creamy risotto. Tomatoes would just muddle the waters.

Now, to prove its not about orthodoxy, my twist would be addition of apples

Last bottle of a mixed case bought from Leon Stolarski, many years ago. Fully mature, sweet fruit on the nose, less on the palate. Lean and savoury. 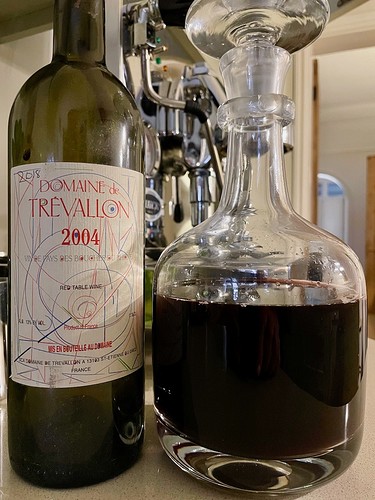