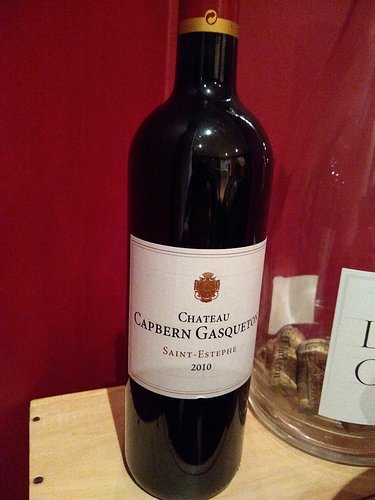 Bought the 2018 EP so this should be a bit of a preview. Uncertain of how long to decant so any advice welcome. Thinking about 2 hours? 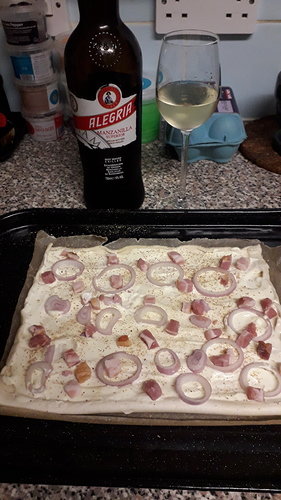 …it’s always a joy to enjoy a glass of this Manzanilla when prepping dinner. Light, briskly fresh and saline, it always gives me an appetite !

And with the cheats tarte flambee… 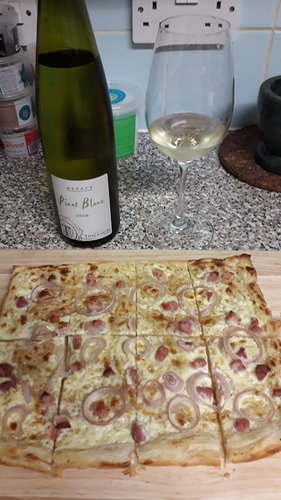 …an Alsace Pinot Blanc 2018 from Cave de Turckheim. Rounded bruised red apple and pear fruit with refreshing acidity providing the necessary cut to balance and to provide a perfect foil for the smoky creaminess of the tart.

Excuse the cliché but sometimes less is more !

Just enough to get rid of any muck should do.

How was the Turner-Pageot? I was rather fond of their La Rupture. 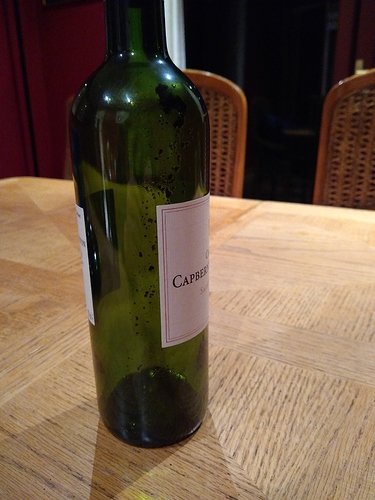 Started the evening with a Palo Cortado from M&S. What can I say? Blooming fabulous!

We’re making some jerk turkey this evening, and nothing seemed quite right in terms of wine matching. Really, beer might be the best thing – but I don’t fancy it, so we settled on a fruity Bonarda from Argentina: 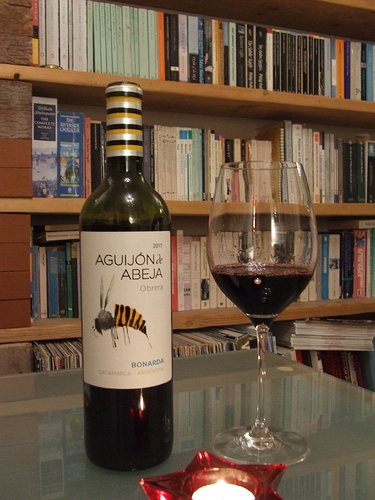 I only ever tried one Bonarda – a frizzante version from Oltrepò Pavese, brought by an Italian fellow student in my level 3 course. It was quaffable, light and perfumed – not unlike a good Lambrusco - and he said it’s their lunchtime drink back home(!). Now I’m not sure if it’s actually the same Bonarda of Argentina – sounds like there are many grapes under that name, but anyway, this is a lovely light(ish) choice for Sunday evening.

Beautiful violet colour in the glass, the nose offers wild strawberry, plums, violets, clove and balsamic notes. On the palate it is medium bodied, with similar notes of berries, plums, cherries and balsamic notes; there’s a nice interplay between sweet/fruity and savoury/spicy. Medium + acidity, and medium chalky tannins make this a very fresh wine indeed. A lovely find for just under £12…

This used to be one of the most common grapes in Argentina but fell out of favour as other grape varieties such as Cab Franc became popular. However, it has recently made a bit of a come with some great, fruity single varietal offerings. The better offerings have great colour and good fruit. It sometimes reminds me of a sappy Italian red. Argentine Wines say that

“Experts are divided as to whether Argentine Bonarda is indeed actually Bonarda Piemontese, or Bonarda Novarese (another Piedmont grape also known as Uva Rara) – the confusion is not helped by the fact that there are several other varieties that are sometimes known as Bonarda. Argentina’s National Institute of Vitiviniculture is, however, clear that the variety is not Croatina, which is a Lombardy grape also known as Bonarda Oltrepo Pavese.”

“ Introduced by European immigrants at the end of the 19th century, this red varietal was for years confused by winemakers to be of Italian origin like the Bonarda del Piedmont, until in 2009 it was finally proven that it is actually Corbeau Noir, another European varietal originally from Savoy, in the French Alps.“

And goes onto say

“Winemakers, among them Sebastián Zuccardi, have embarked on a quest in search of different profiles for Bonarda, in its cultivation in colder, high altitude regions. Such exploration “has led to wines with a more complex and delicate tannic structure which, in turn, makes it possible to think of very elegant wines with ageing potential”. Among them, EMMA, which combines grapes from Paraje Altamira and San Pablo.”

Argentina’s National Institute of Vitiviniculture is, however, clear that the variety is not Croatina, which is a Lombardy grape also known as Bonarda Oltrepo Pavese

Ah! that’s really interesting, @Robin63! As I only ever tried one Bonarda, I am not in a position to comment - but I have to say, this Argentinian one we are happily sipping here is very reminiscent of the one I had from Lombardy.

I read somewhere that it is identical to California’s Charbono (is this another name for Corbeau Noir?) - which is originally from Savoie… if so, that would explain why I like it so much, perhaps!

You’d think in this age of DNA profiling, they will be able to settle this once and for all? In any case, this is one pleasurable wine!

The TWS Rioja GR is, as @StuartJ78 said, gorgeous. Still deeply coloured, there’s still some brambly fruit there, but this is all about the wood, in a good way. Coconut, almond, coffee & nutmeg spice. Delightful.

I’ll tell you next time. We subbed it with Hofstätter’s Barthenau Pinot Bianco 2014, which our guests brought with them. Delicious!

I’ve had a few Bonardos and Bonardo blends with Malbec , Trapiche do a varietal and tws used to stock one too I just can’t remember which one

…
Anyway tonight , fancied a glass of this so in the Eto for another day 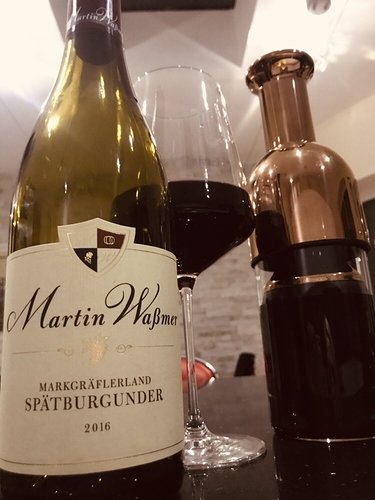 Average of 90 points in 2 community wine reviews on 2017 Nicole Chanrion Côte de Brouilly, plus professional notes, label images, wine details, and recommendations on when to drink.

Loooovely. Had a Morgon for lunch whuch was great but prefer this. Such lovely ripe open fruit. One to get again.

Back home in England, and not feeling motivated to do much shopping, so hunted in the freezer, and took inspiration from @MarkC a couple of weeks ago when finding some smoked haddock. Omelette Arnold Bennett, with 2016 Bruno Sorg Vielles Vignes Pinot Gris. It truly is darn good comfort food. 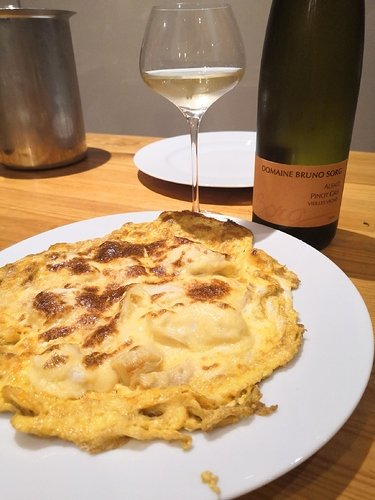 The 2016 is perhaps less plush than @embee’s 2017, but no less intense - just tending to the nutty and savoury side rather than the fruitier 2017. It’s still got juicy mandarins and pink grapefruit going on, but rather more dominated by smoke and spice, and seems drier. It cut nicely through the richness of the food.

Did you happen to try the 2015 vintage of the Wassmer Spatburgunder? If so I’d be interested how they compare, loved the 2015 but working through a half case and haven’t tried the 2016… yet.

Comfort casserole for Sunday lunch with some friends. A couple of bottles of cava, and a lovely smokey Ridge Zin: 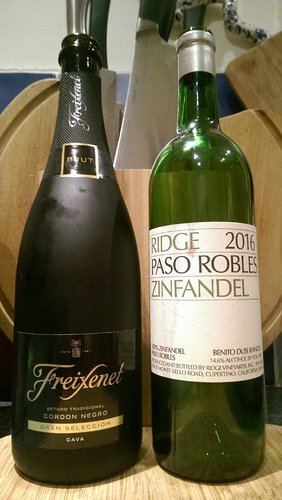 Update on the 1990 Pichon Lalande:
Once it had opened up (room temp) its aroma was definitely old world claret, hint of pencil shavings (only a hint) and very mellow currants/raspberries bouquet.
I know it’s no longer pc to call a wine feminine but I always associate the delicate complexity (at least during May Lencquesaing’s era) as female, if compared to my other favourite Leoville Las Cases. I served it blind and a couple of tasters thought it younger! A super wine!

We recently did the Zuccardi La Piletas Bonarda, and for many years we had a Bonarda under the Faldeos Nevados label made for us by Susana Balbo.