Just opened these, will be my first sampling of Domaine Jones 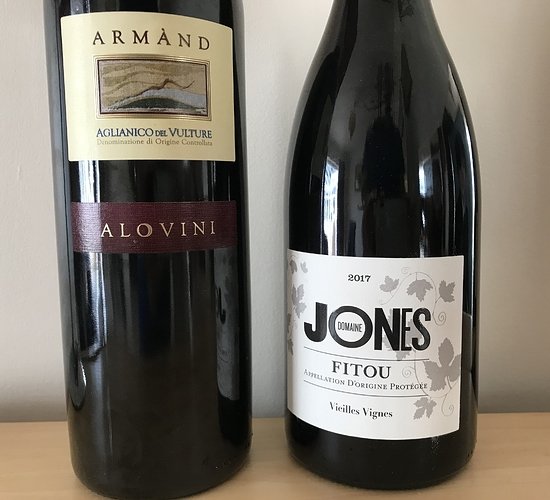 Enjoyed a bottle of classic Nyetimber over a rooftop lunch with Mrs DrEm. A very good way to start our Friday.

will be my first sampling of Domaine Jones

First up tonight, aptly for our 12th wedding anniversary:

2008 is an outstanding Champagne vintage. Gratien’s Blanc de Blancs has wonderful precision, intensity and class, and will benefit from further bottle age.

This has developed quite a bit since the last bottle two years ago; it has unwound somewhat and the acidity is better balanced but not quite so thrilling. Interestingly (to me anyway) a traditional champagne flute emphasised crisp, Cox’s Orange Pippin fruit, whereas in a Riedel Chianti glass it was much more creme fraiche and clove to the fore. What a bargain this was at around £30 a bottle and glad I still have four, each to be drunk on the 24th of July every other year for the next 8 years!

Happy anniversary! Have a lovely weekend. 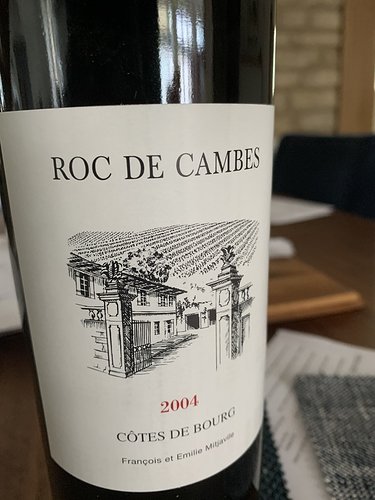 Essence of blackcurrant (almost Creme de Cassis in intensity) with a leafiness on the palate and lots of acidity. Has still a degree of tannic bite and I will give the other bottles a year or two I think.

Another one from the mixed case of German Riesling 2015 with fish and chips. 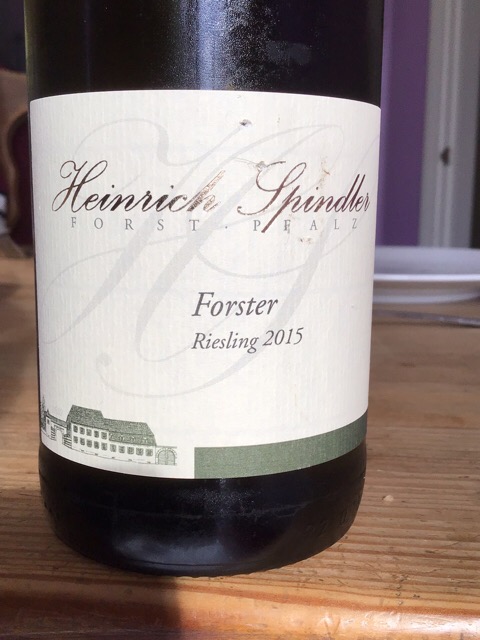 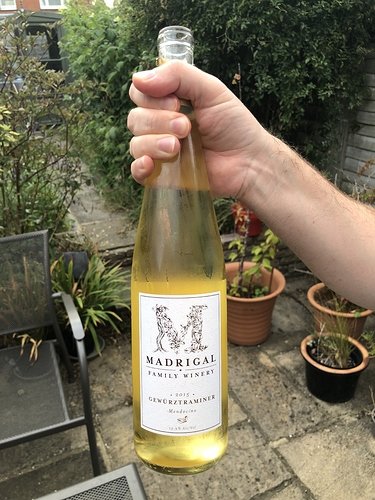 Bought at the vineyard in Mendocino 4 years ago. Long time since we’ve had Gewürztraminer. This is amazing. Apricot, peaches, kiwi, red apple and rose water on the nose. Long finish with stone fruits and rose. Enjoying with lightly spiced curry. Utterly delicious. Glad we kept hang of this!

First ever rosado vermut, not too sweet, quite complex, very drinkable. On offer at Waitrose. 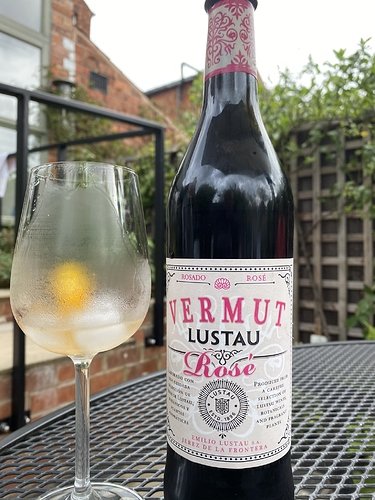 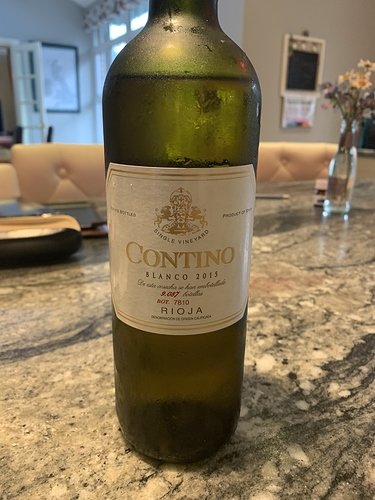 First up tonight was a glass of their blanco with ice and a slice of orange - delicious. 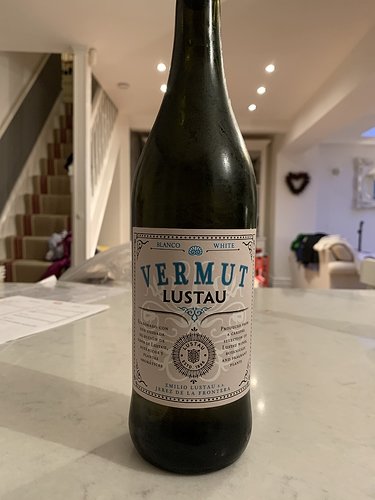 Managed to engineer it so it was steak night tonight

. Great excuse to open my first ever bottle of Cote-Rotie - bought this recently from TWS. 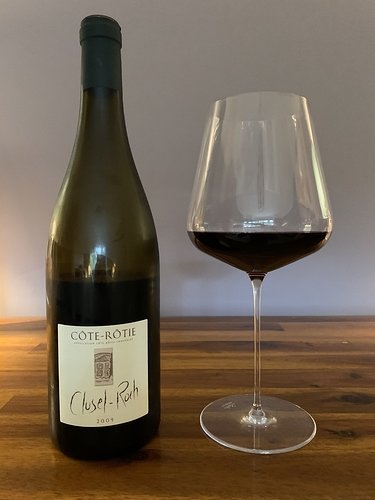 Decanted half a bottle for a few hours - the rest of the bottle went in the fridge. Smooth with a hint of olives and then a mild kick of spice. Tannins are fully integrated and it’s well balanced. Personally I think it needs to be slightly chilled before drinking. I thought that there might be a bit more fruit present if I’m being honest. Not sure if I’ll buy any more at this price - might stick with Crozes Hermitage given the price difference.

Went well with the sirloin though. 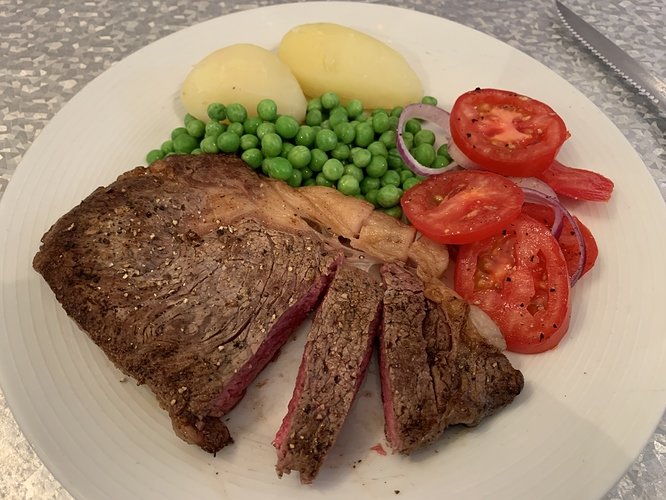 When I said that Dirler-Cadé was on the radar for today, I didn’t realise quite how much. We arrived with wines in mind to taste and buy, but failed to allow for being served by Jean-Paul Dirler, rather than Ludivine. Rather like being on a runaway bus, as wines arrived at a dizzying rate, all excellent, all characteristically pure, but rather leaving the head spinning. 31 wines later we left, with the wines we originally wanted and then some, and very happy.

Very simple cooking this evening - côte de boeuf on the BBQ - and mature Northern Rhône in the shape of 2011 Thalabert. Heading back to the UK tomorrow, but hoping that events won’t stop us from making a planned return in late August. 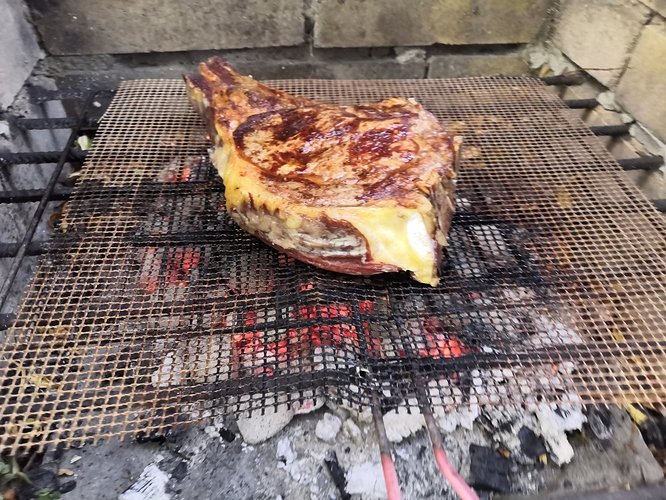 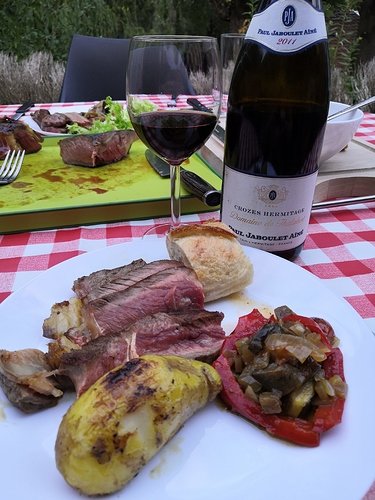 Bought En Primeur, this is my last-but-one bottle, and it’s changed massively over the three years that I’ve been drinking them. All of the tannins are now integrated, and it’s very smooth from the first pour. There’s still lots of fruit, both red and dark, and some savoury black olive and leather going on too. It remains very much in its prime, and though part of me wishes I’d left it a little longer, the other part of me knows that I enjoyed the others just as much, just differently.

Time to pull the 2013 from reserves, and hold onto the last bottle of this to do a comparative tasting at some point. 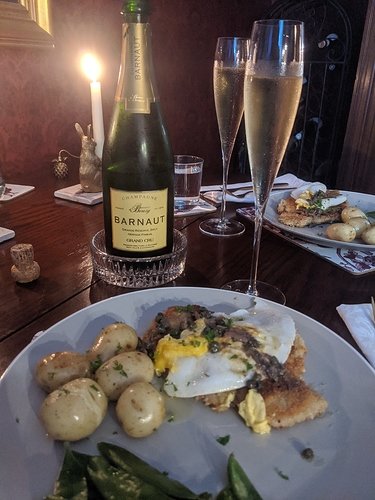 That sounds fabulous. Which D-C wines stood out in particular, would you say?

Partner isn’t drinking tonight so opened a half of this decent Vinsobres to go with some parmegiana:

2015 is a stunning vintage for Vinsobres and it shows in this deeply expressive example. Dark, fragrant and savoury with touches of ripe strawberry and gentle spice notes. 2018–2022.

Not a massive drinker of Southern Rhone, but this is good for the price, exactly as the W/S description. Not a great deal of length, but meaty, rich and balanced.

Tonight we enjoyed venison burgers with braised savoy cabbage and broccoli. The wine was a lovely 2016 “simple” Bordeaux rouge - wonderful opportunities in a great vintage. Also a great VFM wine bought on-line from the chateau who regularly supply Rick Stein and Gordon Ramsay (I have no connection or financial interest

) and deliver from their London cellars. 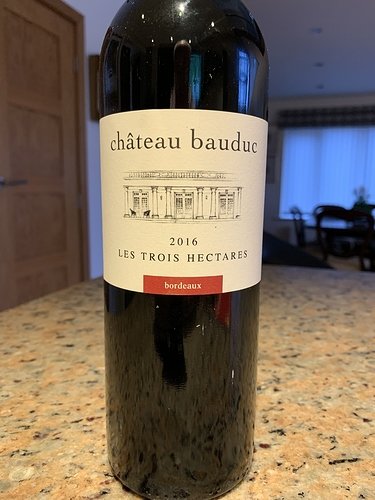 Very good muscat, both classique and Grand Cru (we prefered Saering to Spiegel, but it’s a matter of taste, really). Their classique riesling is my favourite of any producer that I’ve been to in Alsace - just amazing purity and intensity for the price - and the 2017 is as good as ever. A couple of 2017 GC rieslings really wowed us this time - Kitterlé, and Kessler “Heisse Wanne”. And while they don’t make much pinot gris, I really rate their Schimberg, and the 2016 of this was very good. The classique gewurztraminer stood out for being dry, though Jean-Paul pointed out that he had to ferment it to 14.5% in order to achieve that.

Invidious, really, because it was all excellent! 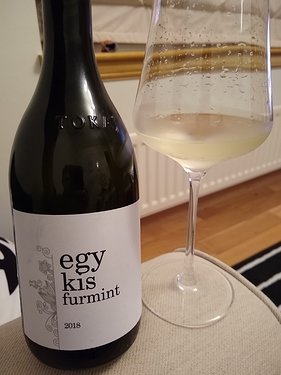 Finished the last third of a bottle of this

Been open in the fridge all week and has improved throughout to my taste. On opening it was really smoky, without much acidity or prominent fruit for chablis, and tasted like a lot more than 15% aged in oak. With air the oak taste turned more buttery a primary flavour I would most equate with lemon drizzle cake. So if I had more, which I don’t, I would hold another couple of years. If this is your thing then £19/IB isn’t bad at all - personally I think I will revert back to unoaked village chablis, all green apple and wet stone.

We’ve had this one several times now, and always enjoy: 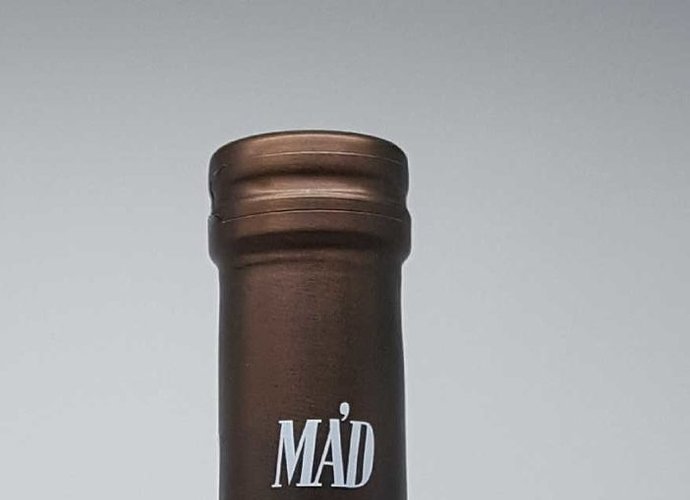 A cracking wine that is a cross between a weighty South African Chenin Blanc and a rich, crisp Chablis.

This one from Megyer also very good (though we preferred their Hárslevelű):

Sainsbury’s Taste the Difference Furmint (made by Royal Tokaji) is a nice midweek quaffer, but not as good as the Mad example, in my opinion.

This one from Waitrose made for a nice aperitif whilst cooking, but felt a bit light for food somehow (it’s Slovenian rather than Hungarian):

I also got the Château Dereszla one from Lidl, though haven’t opened it yet. It didn’t sound like @Jithotw enjoyed it much, however!