Thanks for the very helpful answer. I’ll forget mine for a while then. Agree with you about their approach to farming, definitely one reason why I made the purchase. Hope to get done of the Patelin currently listed of it hangs around until pay day. The zoom was good wasn’t it? They must be so committed to the method if they’re prepared to search for 3 years to find the right place to plant. Kudos on the vineyard visit.

We went to my mother’s for the afternoon yesterday, as much to get the children out the house as to go help build some flat-pack stuff for her. Anyway, I kicked off with a beer, while the other half had a glass of some rather face-melting sauvignon blanc, and then my mother said she’s got some red wine in as well.

I sought it out, fearing the worst, and found this:

Community wine reviews and ratings on 2018 Rigal Comté Tolosan The Original Malbec, plus professional notes, label images, wine details, and recommendations on when to drink.

It was the 2019 but that doesn’t seem to be on Cellartracker yet.

Anyway, it’s great. No, really. She said it came from Asda, and sure enough I found it on the shelf today for £6 a bottle. It properly tastes of stuff, which of course isn’t necessarily a given at this price level. It’s got a lively nose of blueberries and violets, and while easy-drinking there’s also a proper grown-up sense of structure and an appetising dryness on the palate. We were all over it, and I bought a couple of bottles today with the groceries.

Also, over the last few days, I had this:

Full-flavoured, ripe-tasting syrah from a tiny enclave of vines somewhat between the northern and southern Rhône, and stylistically somewhere between Crozes and Cornas.

A lot of money for such an unknown (to me) quantity but the hunch paid off - this is fabulous. The blurb says “stylistically somewhere between Crozes and Cornas” and - power of suggestion notwithstanding - I see just what they mean.

This is classy stuff. I want more.

We’ve started on the mixed case of 2018 Beaujolais crus I bought in the summer, with the two wines that appeared to be the earliest-drinking:

A fruity yet elegant Côte de Brouilly that captures both the ripeness of the vintage whilst maintaining the characteristic 'grip' of this Beaujolais cru. Produced for us by Les Vins Aujoux, this showcases dark cherry, blackberry and spice flavours with a full, concentrated palate and supple tannin.

There’s just something delicious about the fruit on all the 2018s I’ve tried and these were no exception - unpretentious, balanced, food-friendly and drinkable.

How was the 2015 Chianti Rufina?
Just waiting for a bowl of Ragu?
I have one in a mixed case which arrived last week…

What a pain ! Fingers crossed a phone call home provided a support vehicle to provide rescue and that you didn’t have to trudge home with it.

Thanks for the timely reminder that stuff happens too. Next time I go out I’ll take a debit card and a face mask just in case I need to make my way to the nearest train station home.

Lovely food and wine by the way, thanks for the notes too, I have three bottles of the same here.

Had a bottle of this, may have been Thursday last week. Decanted and started it an hour later - perfectly lovely and very fine indeed.

But after about three hours it was even lovelier. 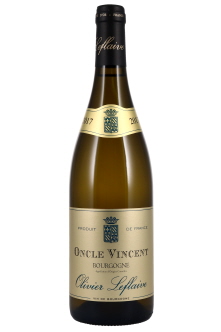 A delightful floral white Burgundy, barrel fermented to contribute some richness and a fitting tribute to the late and legendary winemaker Vincent Leflaive.

Despite neither my mum nor myself being great fans of fizz, we felt it was called for on her ninetieth birthday on Sunday. So thanks for all the suggestions and I went with, I think, @Inbar’s:

Benefiting from the expertise of the great Boizel house, this delicious blend of 55% pinot meunier, 30% pinot noir and 15% chardonnay is a perennial hit with members and the perfect fizz for all kinds of celebrations. Light, dry, moreish and refreshing.


Which matched the occasion well. Both my mum and myself enjoyed it whilst zooming with the rest of the family. Not quite the same ambience of a grand family party but the best we can do in the circumstances!
20 Likes
Brocklehurstj November 23, 2020, 11:32am #188

It was delicious thanks. I don’t drink much Chianti, but I’d say this was on the lighter side. Lovely savoury characteristics coming through, though still plenty of fruit. I opened to have with a takeaway pizza, but they closed 2 minutes before I called

Baco Noir is a new one to me I must admit, would be interested to hear about the flavour profile etc if you have the time.

It’s a very dark red wine - Paul Speck says the grape doesn’t have clear juice like most black grapes, but is pink. It’s strongly flavoured and robust, red berries plum and prunes came to mind, with a faint touch of bitterness at the finish. It’s more like a big Malbec, or jammy Zinfandel or Italian Amarone than a delicate Pinot. I think, if tasted blind, one would guess Italian…

Although it tastes like a really big wine, it was only 13.5%abv. I asked Paul Speck how accurate that was. He didn’t have the technical data with him but said it was accurate.

Baco Noir is not a commonly found wine. As it’s a hybrid it’s not on the EU list of approved varieties and it’s mostly found in Ontario, Canada with some in north-east USA.

It’s named after its breeder, Francois Baco who, like others at the time, were crossbreeding French and American varieties to get a wine grape that could resist phylloxera. As Baco Noir didn’t have the off-putting ‘foxy’ taste of North American grapes and many hybrids it was widely planted in France until, after grafting was finally accepted as the solution to phylloxera, the French banned American varieties and hybrids as wine producers.

Francois Baco’s other famous hybrid, a sibling to Baco Noir is the white Baco Blanc which was widely grown in Armagnac to make their brandy. After a long campaign against pulling up Baco Blanc the Armagnacs only recently got permission to keep their remaining Baco Blanc vines.

I got this wine from St Albans independent Cellar Door. If you fancy a taste and you can’t get to St Albans you could try asking the importer,

Champagne Warehouse TA Wine Rascals where your nearest stockist is. There is also a bit on Baco on the importers blog here

Happy birthday to your mum, @MikeFranklin!

Nice to hear you both enjoyed the Jules Camuset!

That is interesting, @strawpig. I was intending getting it from Flagship. It’s unwooded. I am not keen on tasting wood in whites.

A winemaker (I can’t remember who) said that if you can taste wood then it has failed in it purpose. Another told me that wood should play the same role to wine as a dance floor does to ballroom dancers, that of supporting the main act.

Ah but different dancers might require different levels of support!

[only teasing - I couldn’t resist! I actually quite enjoy a little oak in my wine, though of course it is all down to taste, vive la difference, I say!]

Thanks for that note to self - open this year

Our wines of the weekend were, Saturday evening with Pasta and Ragu this… 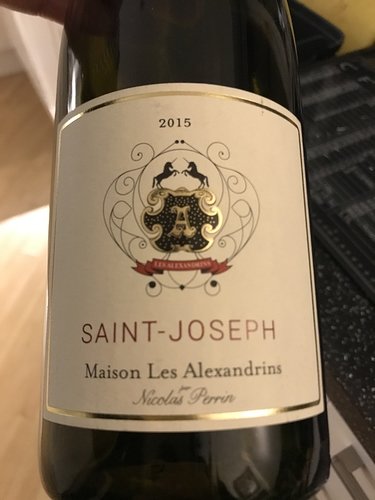 Dark brooding fruit but fully integrated and on its plateau ready to drink. Decanted about 90 minutes beforehand. Delightful.

Sunday with roast pork, this Macon as mentioned by Victoria Moore in The Telegraph. Well priced Chardonnay, quite sharp and a honeyish finish with temperature. Worked well with food and great vfm 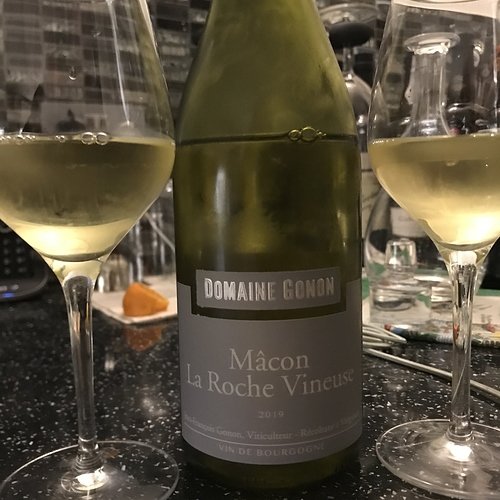 It was at Bar Jean in Biarritz, so you could make the case that they’re all Basque. The Luis Cañas in question was served with rather a lot of seafood sat outside in the market place while it was still over 30 degrees C in the evening, and was very welcome and refreshing. It was an odd evening, as along with the Spanish wine in France, the buskers were actually good.

As long as it’s balanced, I am quite a fan of oaky whites, particularly oaked white Rioja as it happens. I’m also a big fan of the unoaked ones.

Thanks for this @peterm, really appreciate you taking the time to share your knowledge. Every day is a school day as they say, particularly when it comes to wine. That made for a very interesting lunchtime read, definitely one I’ll need to seek out in the future.

Sunday with roast pork, this Macon as mentioned by Victoria Moore in The Telegraph. Well priced Chardonnay, quite sharp and a honeyish finish with temperature. Worked well with food and great vfm

That’s a pity @Claret1961 …it’s been written up twice by Victoria Moore so I am not surprised it’s gone.
Fortunately a few more left in our case.

And may I add my very best wishes to your Mum.
I am aware, from personal experience, quite how difficult life was for that generation.
Born into a society where the radio was the only form of broadcast entertainment, limited educational opportunities, gender discrimination, minimal medicine before the NHS came about and a world war with all the horrors that brought. Society today, owes them a debt of gratitude that can and will never be repaid. And yet, we still allow the Covid-19 virus to ravage the care homes where these heroines (most of the men long gone) reside.
We should be bereft with shame, yet all I hear is how many seek to circumvent the policies that seek to keep them safe!
Today, in comparison we really do not know how fortunate we are!!

Thanks for sharing, I have some of that St-Joseph and wasn’t sure when to broach it.