38 minutes past 5 and no weekend thread. Here we go then.

Father’s day sherry demanded to accompany the olives I found in the fridge after end-of-term shenanigans in the park with the kids. 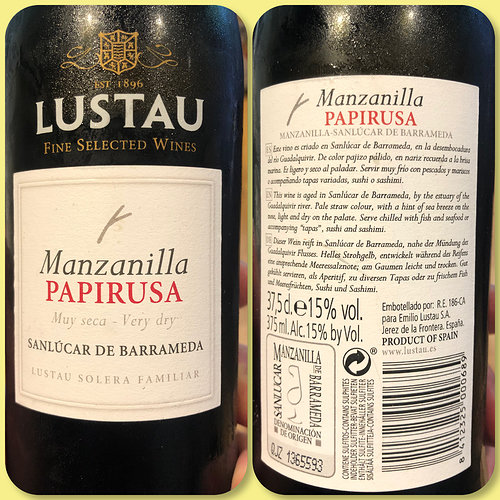 We’re starting with this fizz that I bought on a whim from Freizenet. 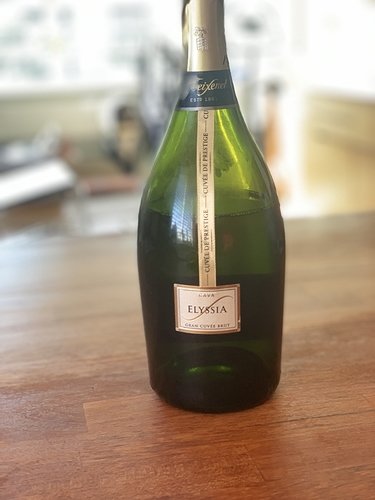 I actually really like the Freizenet cava, I know people sniff at it and that it’s mass produced but the vintage range is great and often on special offer in the supermarkets. A bit of research shows this Elyssia range is made with Chardonnay and Pinot noir in addition to the Spanish grapes.

It has a very fine and delicate mousse, full of peach and flowers with some yeasty depth. Very nice on a hot Friday afternoon.

Nice intro @Brocklehurstj ! 18:30 and I’ve just finished stuffing my face ( some might call it eating and drinking )… 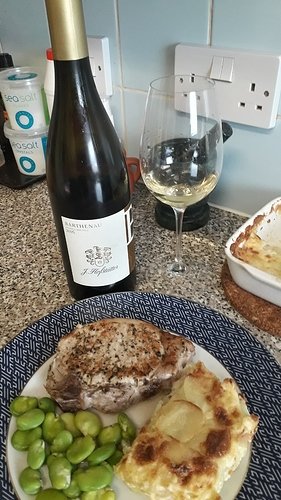 …a pork chop, potato dauphinoise and broad beans ( I’m cooking old favourites whilst I get used to a new cooker ) with this beaut from the Alto Adige… 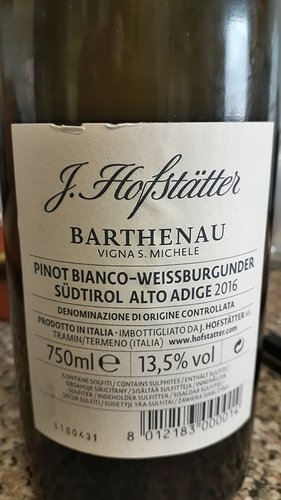 …I’ve had many a wine from Hofstatter previously but not at this level in their portfolio. Powerful floral nose, the fruit is more tropical than the orchard fruits I usually associate with PB, there’s a fennel / anise quality too. Wow, it absolutely bursts with flavour on tasting, peach, pineapple, a big smoky mineral hit. lots of spice. Lovely crisp acidity knocks the powerful flavours into balance and provides it with a drinkability that’s impossible to resist. A lingering finish concludes.

I’m going to have to go some to beat this this weekend !

This stuff is dangerous! 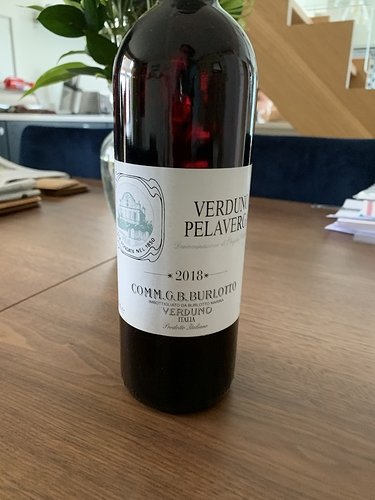 Incredibly easy to drink and despite the attractive light strawberry fruit and a little herbiness on the palate and a touch of Campari on the finish you’d never spot the 14.5% alcohol. Trying not to drink it too fast (but failing).

We urge members not to miss this mind-bogglingly complex amontillado, which was voted a 2013 Wine Champion at our annual blind-tasting competition to find the best of The Society's range for drinking now. It offers layer upon layer of diverse, delicious flavours and is a steal at the price.

This for us to start the weekend. This is ridiculous value. Quite a rich palate of soaked dried fruit, toasted hazelnuts, caramel. Wonderful. Happy weekend everyone 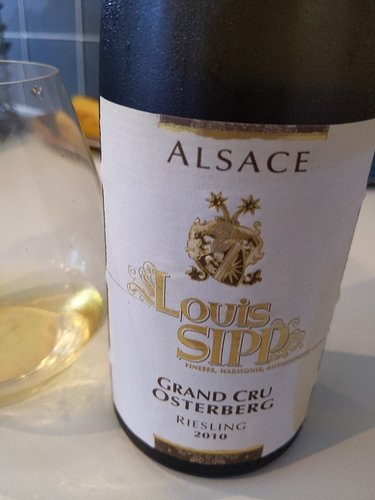 Prem-Oxed! Such a shame, I was looking forward to this. Has anyone else had problems?

Tonight, some baked cheese, torn fresh sourdough and a glass of yesterday’s chianti. As usual, it’s even better on day 2.

Then some 2010 Boxler Sommerberg GC Riesling.

I would class this as a special wine. The 2014 attracted this particularly lovely review (better than any nonsense out of 100…) in The Observer:

“Ask a group of winemakers what it is they think is so special about wine, what makes it worthy of all the attention they give it, and a majority will say something about the way it captures like nothing else the essence of a certain place at a certain time. This high-minded attitude isn’t always easy to sustain. So much wine is really no more special than anything else at the supermarket: it might be worth drinking, it might be disgusting, but it’s on those terms – rather than any quasi-mystical relationship between man and the natural world – that it should be judged. Sometimes, however, there are bottles that really do seem to have the magical time-and-space travelling effect. Albert Boxler’s riesling is one such: a gorgeous swell of mellow orchard fruit over a steely frame of acidity that takes me right back to the single, singular vineyard where it is made. Thoughts about the complex causal web of place and time in Boxler’s Sommerberg Riesling were prompted by tasting three vintages of the wine back to back: the expansive 2014 I found more immediately appealing on the day than the tighter, tauter 2013 or the honeyed 2012. But in a week, a year, or a decade’s time? I wouldn’t like to say. You can buy all three vintages from The Wine Society if you want to perform your own experiment or simply enjoy the work of one of France’s best white wine producers. - David Williams”

For the 2010, just add some hints of honey and toast to that description and you’re there. No need for any food with this. Indeed, no need to do anything really.

Hmm, an up and down wine evening.
Finished off the 2000 Bouvier Saumur earlier and surprisingly found it much better than yesterday. Maybe because it was a lot colder, or maybe because I was thirstier, or a bit of both. Of course it was pretty flat, but nicer to drink. (And why does autocorrect change thirstier to guitarist for heaven’s sake?)

Then a 2016 version of this https://www.thewinesociety.com/shop/ProductDetail.aspx?pd=BU72641

which I expected more from. Maybe 2016 was different but I think it is quite oaky though TWS says no oak, not very fruity, and somewhat austere. Actually it’s getting better as it warms in the glass, but it’s not a wine I would look for again. Perhaps past its best. Oh well, you win some, you lose some.

Hmm, the tasting note says “Ripe chardonnay fermented 50% in tank and 50% in barrel for an ideal balance of richness and freshness.” Curious that there would be “No oak flavour” from a 50% barrel ferment.

Tonight’s meal was all about the location. I can only take credit for lighting the coals and grilling the brochettes. Rabbit and prune, and chicken and wild garlic from the local butcher; Provençale fish from the fish counter in SuperU; all enjoyed with a good baguette and a super muscat on the terrace in Alsace 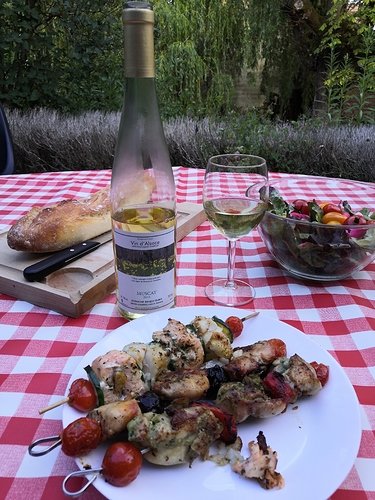 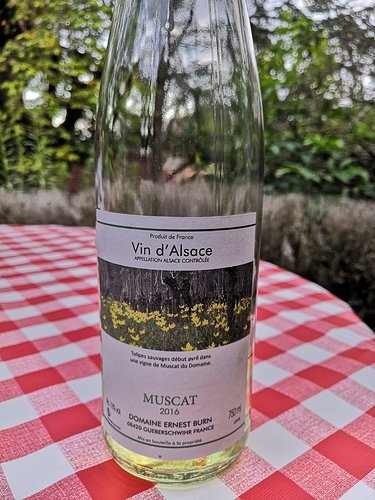 You’ve got to take your chances - when it became apparent that we might be able to get over to France, we booked Eurotunnel, kept everything crossed that nothing went wrong, and are now here for a week. The weather is set fair, and we intend to enjoy it to the full, whatever that may be.

The wine is Ernest Burn Muscat “Les Tulipes” 2016. Made from younger vines on the Goldert Grand Cru, and I defy @suiko not to like this Alsace muscat

Yes, there’s some residual sugar in the house style, but it’s just so balanced and light on its feet; jasmine and lavender mingle on the nose; grapes, maybe even a little ripe pear on the palate; a minty and long finish. And this isn’t even the top wine from the domaine. Happy Weekend!

Currently in isolation having got back to the UK on Monday and so taking the opportunity to open the mixed case of 2015 German wines and the Macon from Domaine de la Rochette, both from the Society. 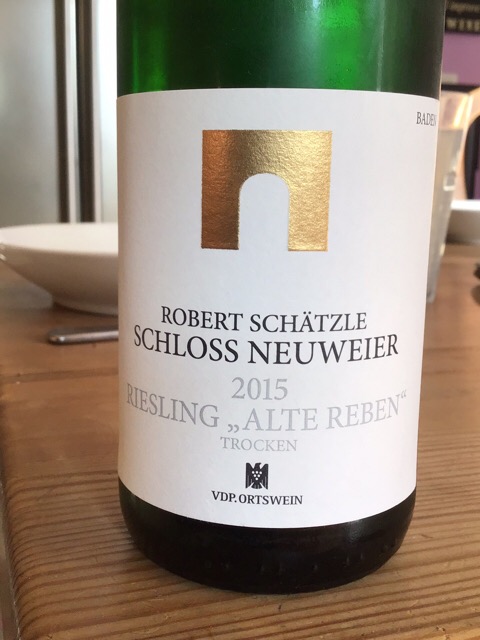 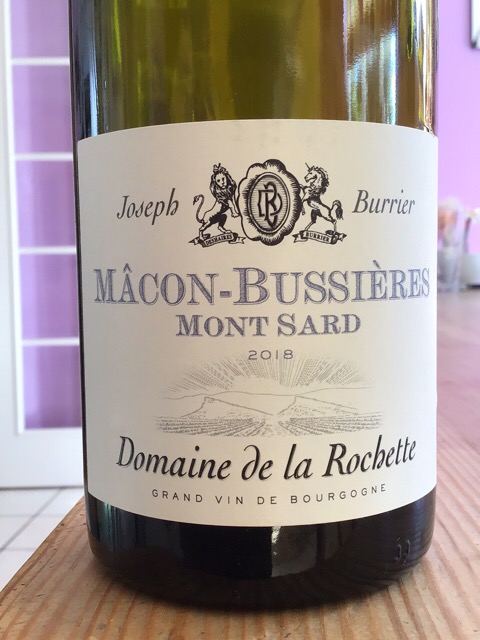 image480×640 74.2 KB
The Macón was dominated by high levels of acidity. I am going to leave the other bottles for a while to see if it becomes more balanced. My notes were: Medium yellow, gold. Light nose. Lemon. Hints of vanilla. Medium plus palate. Dry. High acidity. Soft fruit. Citrus. Green apple. Hints of butteriness. Medium finish but dominated by acidity. Needs another year?
11 Likes
robertd July 17, 2020, 8:31pm #12

The 2011 Boxler Sommerberg Riesling was our “Wine Of Lockdown”. What was interesting was how much more evolved it was than we had expected - perhaps a function of the vintage. It clearly still had years ahead of it, but was already showing quite a lot of richness and petrol. So, so balanced and complex, though, and amazing intensity.

That’s a real shame - it’s a lovely wine. Not a problem we’ve had with that, or others from the domaine. Bad bottle?

I do think it’s an extraordinary wine. Blind taste it next to some pretty special white burgundies and I bet it’d be the Boxler people remembered. The 2014 is the wine that showed me I love Riesling, and I’ve not looked back…

This Pinot Noir opened today from a Hungarian winemaker, albeit made in Slovakia. Second day of 2 weeks of quarantine having just flown to Hungary. This wine retails at the equivalent of £12.5, which is relatively steep here. Well worth the money though. Beautiful raspberry fruit in its youth, the ripe stemmy (attractive) flavour that I associate with whole bunches and a promise of an awful lot more to come. I have a Blaufränkisch from the same producer and any expectation has just risen greatly. Even with the typo on the label. 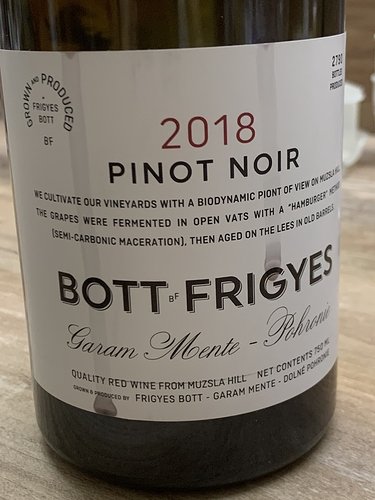 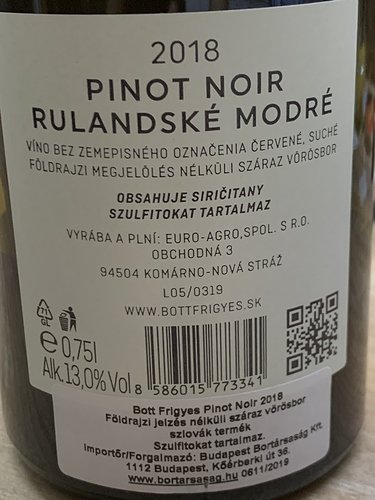 After much thought I’ve arrived at the simple explanation. The 50% with the oak obviously floats better than the unoaked 50% so when you’re drinking it the unoaked wine is in contact with your tongue, while the oaky 50% just floats over the top, avoiding contact with your taste buds. Obvious when you think about it. You only notice the oak if you deliberately swirl the wine around in your mouth!

Yes, hopefully an isolated case. The underlying juice tasted delicious but with an overlay of sherry.

How wonderful it must feel to be back in Alsace!

and the food sounds (and looks!) excellent as always…
We were due to be in Alsace this August, but have now booked our Loire holiday instead. Crossing every finger that it’ll materialise…

We’re very happy to be here

Keeping fingers well crossed that things will stay stable enough for you and others to make their planned trips. It’s just so hard to predict anything at the moment…

Enjoyed this from the exhibition range. Not a bad drop but perhaps did not quite live up to the nose 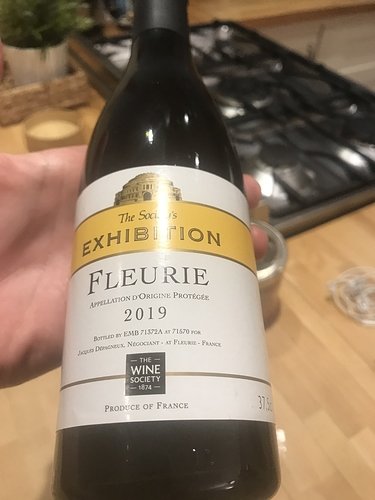