Similar to James, I don’t want to hijack the thread Mike - but could you explain why you use the dual system of decanting into a half bottle also? I though the point and purpose of the Eto was that it takes and preserves a full bottle, certainly for a week.

Looking to ditch the vacuvin, as like most I’m skeptical that it does much at all. My average bottle price isn’t high enough to justify coravin either. But a solution is needed that isn’t increasing alcohol intake.

I had the same problem, though I didn’t notice the tainted wines as badly as yours sounds. For me a combination or all of the below usually do the trick:

Get it really clean every time immediately after it’s empty - hot water and I normally use detergent though they don’t recommend it. A good rinse as @MikeFranklin suggests and I can’t detect it.
Scrape into the skinny little seal troughs (plastic and silicon). I wiped out a surprising amount of residue.
Make sure it is dry before reassembling. Same as glasses - either a clean glass cloth or airdry if you’re not in a hard water zone.
Oven at 200 degrees for the silicon parts - 20 minutes I think they suggest on their FAQs. This gets rid of the acid stink though I have no idea why.

That is brilliant, thank you all. I will be as fastidious as I can and I look forward to a bright new future of my eto doing something other than sitting looking at me….

One of the things I’m not happy about with the eto is that having poured and then pushed the plunger down to seal there are still drips of wines left in the neck and on top of the valve, which a day later can smell a little so I’m a little reluctant to add to that on a daily basis (I have one glass a night every night); not such a problem if you are taking out say two glasses each serving. That smell is not a huge problem but sometimes I actually completely remove the whole plunger assembly and pour straight from the glass. Other times, after pouring and resealing, I’ve actually rinsed the top part with water, which is not a problem if your eto is sealing properly! (See previous post above).

Also I don’t really have room for the whole thing in my fridge. So I compromise. I have a bunch of half bottles and Vinolok glass stoppers so I put half in one of them and pop that in the fridge and the remainder in the eto less one glass for that night. So the eto is only actually poured from twice.

It’s probably just me being a little over fussy I guess as I never really had a problem with the whole bottle in the eto. So basically I get two and half glasses from the eto and two and half from the half bottle!

Being the sole drinker in the house and a light drinker at that I’ve spent a bit of time trying to get my wines to last whilst I drink them. Simplest solution would probably be to drink more

I’d also add that it tends to be more of a problem with lower priced/quality wines!

Just to add to the helpful advice so far; when the eto is not in use the manufacturer recommends disassembling it, I think to reduce the possibility of it being stored when it is not entirely dry inside and damp smells might develop, I find this helps. Also putting the silicon parts in the oven for 20 mins definitely eliminates all smells. And as both @Brocklehurstj and @MikeFranklin strongly suggest - rinse, rinse, rinse! I too have spent time getting any wine residue out of the nooks and crannies of any part if the eto that is in contact with the wine. This all seems rather labour intensive but I still think it’s very useful gadget.

I ve been a fan of Peyrabon for many many years and after exhausting my 2010 stash I jumped in the car and drove to the vineyard to buy 2010 direct long before TWS offered it for sale. Good choice enjoy. PS I ve run out

when the eto is not in use the manufacturer recommends disassembling it, I think to reduce the possibility of it being stored when it is not entirely dry inside and damp smells might develop, I find this helps

Oooer, I didn’t know that. Thanks @Maryc

Good yield. We’ll done. Many years ago Di and I often picked Lancashire’s equivalent on the bleak North West moorlands. I remember how compulsive and protective we got about the whole thing! Save a few for a flavoured Gin.

As a footnote, these gadgets save loads of time and are widely available in shops locally, though I’m posting a link to Amazon.fr for further elaboration. We have two and they work splendidly.

Those aren’t the same wild fruits used in Patxaran, no? Is it basarana [?] they call the [sloes?] that are used in Patxaran? Either way - Patxaran on a pile of crushed ice in a brandy glass on a hot night is truly one of life’s great pleasures!

Patxaran on a pile of crushed ice in a brandy glass on a hot night is truly one of life’s great pleasures!

It’s one of my favourite aperitifs - this brand in particular (last bottle finished, unfortunately). 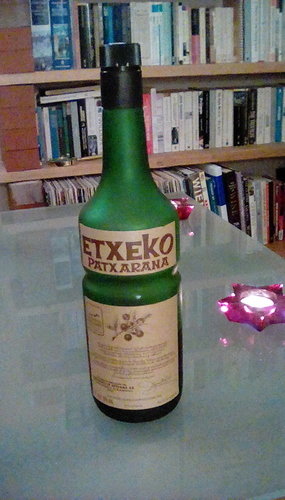 Have you ever managed to get any in the UK? I always buy it in Spain.

I love that one too - I’ve got a wee bit of a bottle left to go from 5 bottles I brought back with me in 2018, but then that’s it. I’ve not seen that one in The UK, no, and used to buy it on worktrips in Spain. Decantalo never seem to actually have it in stock, though it’s on their site.

I think you can sometimes get the Zoco brand here, which is perfectly nice [not in the same league as the Etxeko though IMO].

Another I really like is the Olatz; not ever seen it here though, sadly. I love the bottle-shape too - great for storing sloe gin - though I think they use the more conventional Zoco-style bottle these days.

Shout if you do ever spot either :~} 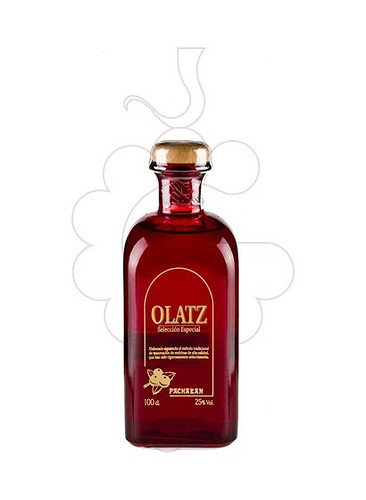 Those look like they’d work well with my redcurrants. Currently I take the whole bunch off the plant and use a fork to separate them.

Regarding myrtille; whenever I get to France I gorge myself on myrtille ‘sauvage’ jam. I never seem to see it over hear and I just love it!

Currently I take the whole bunch off the plant and use a fork to separate them.

Top Redcurrant Tip: Freeze them in bunches, just throw loose into freezer bag. When it’s time to use them in sauces / jam etc… the rock-hard berries literally fall off the strings - dead easy & they don’t get all mashed up.

Yes I’ve come across that one but I mainly make jelly with mine. However this year I’m not sure what I’m going to get; I didn’t spot a caterpillar infestation which has stripped, literally, all the foliage from the plant. Some currants have dropped but some still seem to be ripening so it’s fingers crossed time!

Is that what’s known as the humble Bilberry here - or am I confusing myrtille and myrtle ?

Is that the same beast as eats gooseberry bushes? Sawfly?

Is that what’s known as the humble Bilberry here - or am I confusing myrtille and myrtle ?

Yes I think so, had I spelt it correctly to start off with! (now corrected) Whereas the myrtle is, I think, a different beast. But I’m not sure - I find it all very confusing!

Is that the same beast as eats gooseberry bushes? Sawfly?

Again I think so but they left my gooseberry bush right next door untouched! So I’m not sure! Very unusual for my gooseberry to be untouched; in fact my careful watch on the gooseberry is probably why I missed the destruction on my redcurrants!