A mature claret over the past 2 days. Tasting notes are pretty well documented in this board 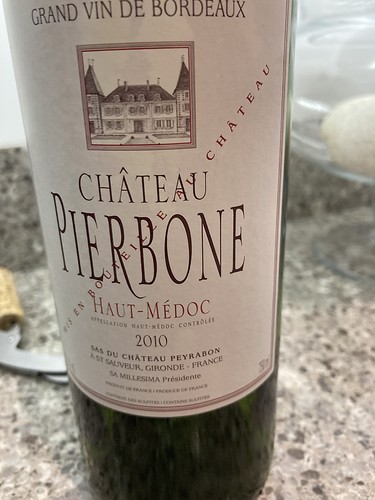 Medium bodied. Blackcurrent and cassis with nice savoury notes and cedar. Medium finish with some liquorice and a faint mocha. Very well made and I thought good value.

Adding to @Tannatastic excellent list of low alc beers: You have to admire him taking one (several) for the cause. 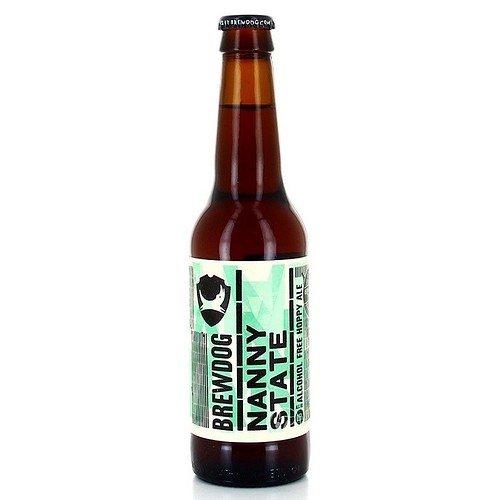 4 out of 5 = Brewdog nanny state, so far the pick of the litter. Dark amber and a good balance of malt & hops, surprisingly little head although I must have had the bottle knocking around for a couple of years. Could be bottle conditioned - don’t know how they managed that. 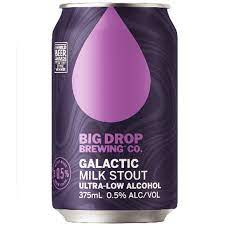 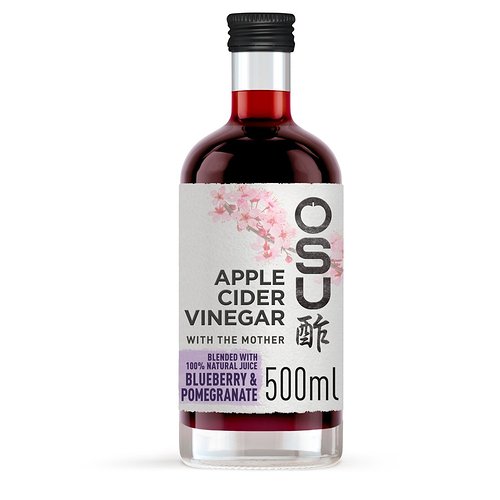 5 / 5 - Osu cider vinegar + blueberry & pomegranate (Waitrose). Surprisingly very good, and once diluted right down didnt even taste of vinegar. £7 a bottle but a little go’s a long way and I can see this turning up in summer salads or de-glazing a steak pan.

Conclusion… as @Tannatastic says, low / zero alc beers have come a long way but remain a far cry from the real thing. To my palate, fruit vinegars are pretty good and I am trying my hand at home-made.

As a final note… Friends came round for supper last night so I dropped off the wagon for the evening with a bottle of the snappily titled “Massif d’Uchaux Côtes du Rhône Villages Vieilles Vignes, Château Saint Estève 2015” 50/50 Syrah Grenache, very well balanced blueberry yoghurt notes & a pleasing slightly bitter (morello cherry) finish. Not easy to pigeonhole because the Syrah shifts it away from Cote-du-Rhone whilst not arriving in St Joseph territory. Very drinkable right now, yet I think it will become more interesting if allowed a few more years bottle age. 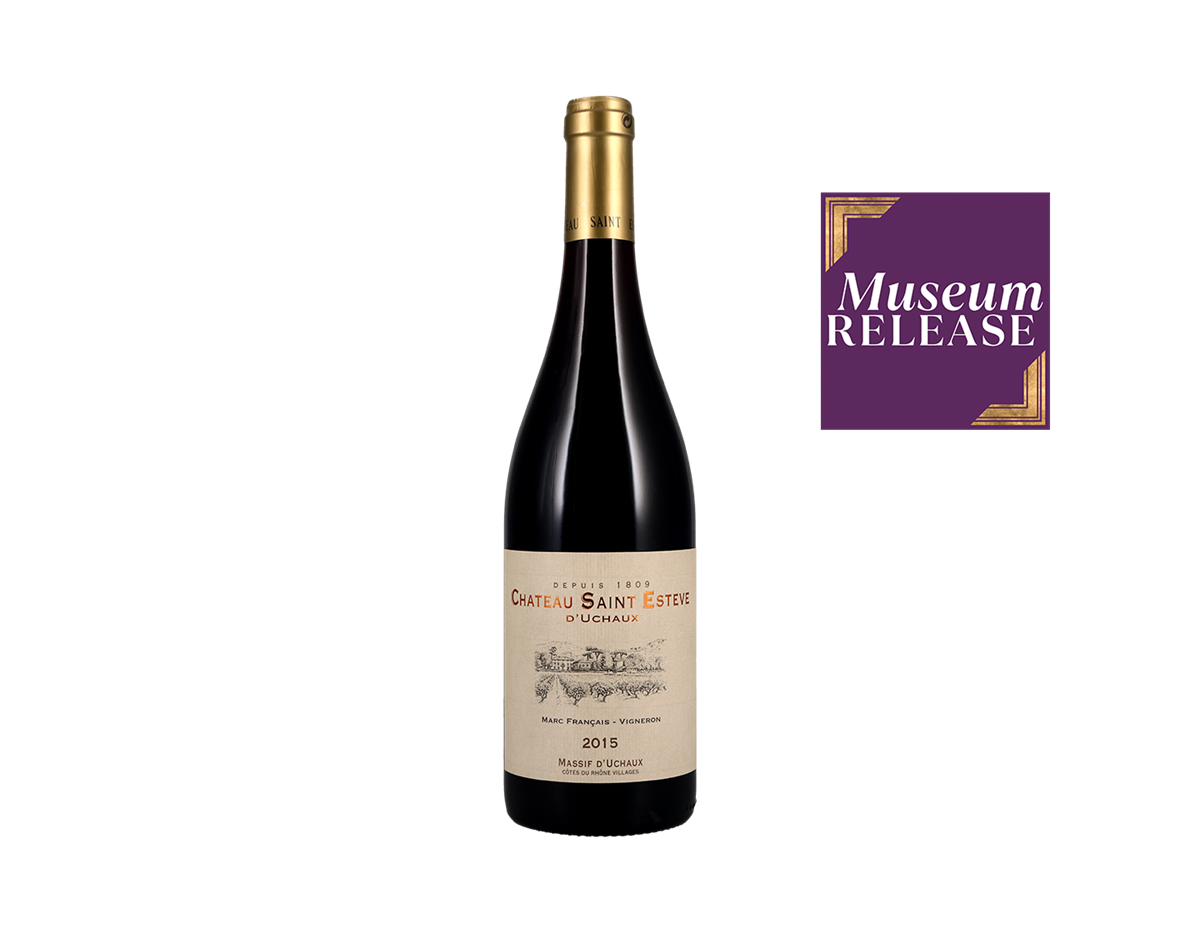 Completely agree with you on the madiran; I posted in a similar vein a couple of weeks ago…

Grown up wine, nothing like the usual party Prosecco. At first it was underwhelming but then I tried at different temperatures and it showed really well as @Inbar has previously posted notes. Went very well with lunch. 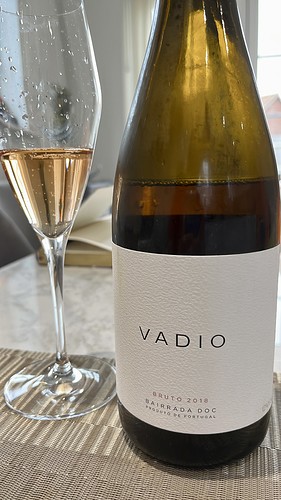 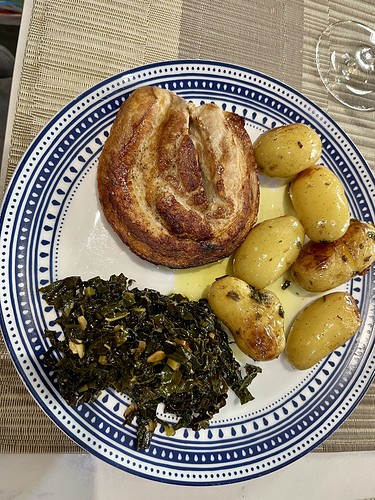 Mrs JamesB is a kindred spirit with those of you going for dry January this year. I am not and am trying instead to cut down on sugar. I figure that overall (1) - though there may be a bit of justifying this to myself because I will find it slightly easier - it should bring me more health benefits and (2) I do not want to bite off more than I can chew in terms of multiple deprivations.

It does mean I need to drink more if I am going to get through as many interesting wines. I will struggle through…

I’ve had this for the last couple of days. I am getting spoilt with my new-found enthusiasm for white burgundy but this does a decent job, a bit more oak but still in balance. As per Toby’s advice, it it much more appealing when a bit warmer and having been open for a couple of hours, 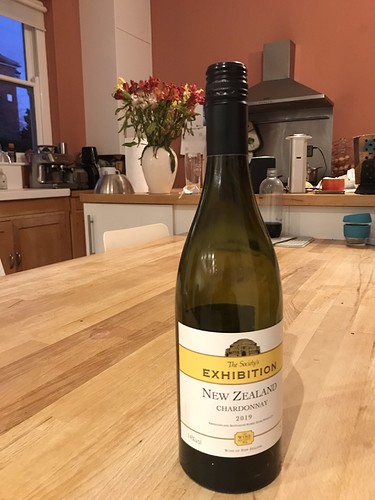 trying not to browse for mincing machines…

You need a SPONG. Around a tenner on e-bay etc - they are almost indestructible. Perfect for doing small quantities of meat mincing. 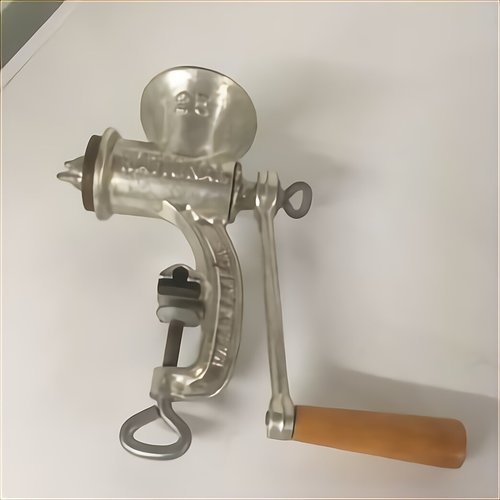 Big night last night. Its taken some time to come around today. 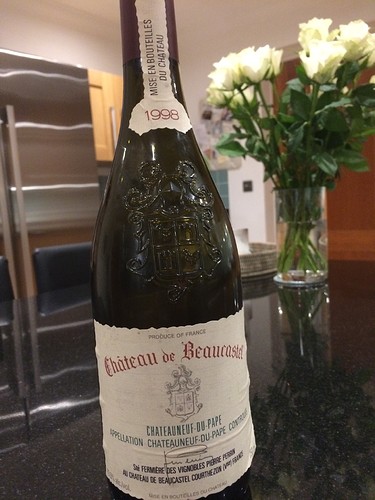 More than a trifle nervous after my last Beaucastel (2005) proved to be corked. Opened and decanted an hour before serving and thankfully all was well. In fact, it was excellent. A great match for the venison casserole and gone in the blink of an eye.

Recollections a little hazy after that but noted a bottle of Cotswold Distillery Whiskey in the empties this morning.

Needing something with some real zip this evening to revive my jaded palate. No brainer to reach for a bottle of Envinate. So much energy and vigour in every sip. Just the ticket. 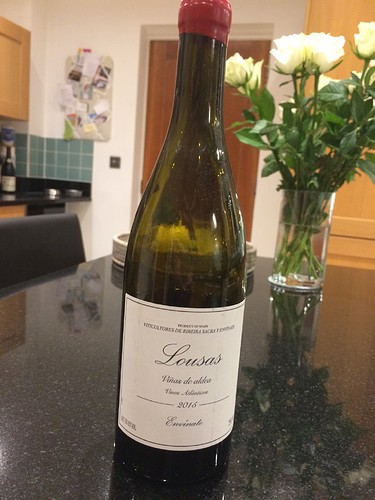 Dry January was never on the agenda here!

I’ve still got the 2009 and 2011 Pichard Madiran’s to drink too. I’m not giving up on Tannat as a grape because I’ve loved the Pisano wine from Uruguay, but these French wines have been a little disappointing to be honest.

image4015×2007 1.89 MB
The idea originated after some friends were gifted a box of English white wine. They all turned out to be Bacchus (at a range of prices).

We tried three of them, from which sample size I have decided I am not a fan. Clearly well-made, but I found the onslaught of lime and gooseberry a bit much.

Both sparkling wines very good. The Sugrue was exactly 2 years from its disgorgement date but can go for a good few years yet.

Both Pinots very early in their development curve (I see what you mean about the acid on the Danbury Ridge @szaki1974) but opened out nicely by the end of beef wellington. The Dornfelder, with a bit more age was ready-to-go. Not had this grape before and probably wouldn’t rush back, but didn’t have as strong reaction as to the Bacchus.

We also opened a Bellavoine Bourgogne rouge (2019) to compare with the English pinots. Agree with Toby’s comments earthier today on its restraint, compared with the richness you got from the 2018.

The Demi sec Vouvray accompanied cheese. I’ll be honest and admit that I don’t remember too much about that. 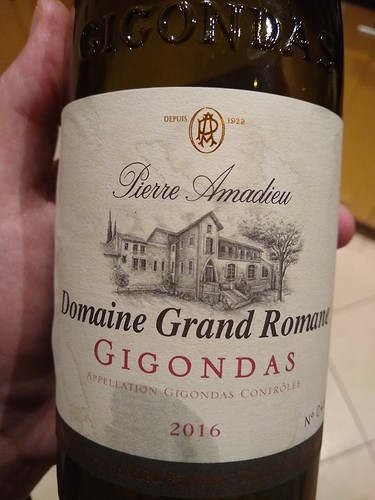 Last night we had this brute (bottle rescued from recycling). Last Sunday we drank the Cazaux Serrasine Gigondas 2016.

Both wines given a 4 hour decant. Cazaux, to my palate and with a decent bit of air was open and singing. This Amadieu is not ready. Tannins still really present and there is a toffee/sweet caramel note from the new oak that is not integrated yet. Also, it just feels huge. 15% labelled and felt every bit and more. Oak, alcohol and tannins all vying for front position makes for a slightly unbalanced wine in my view. Try again in a few years.

Tonight, an old favourite that I personally imported when I shipped 3 pallets of wine over in 2012. 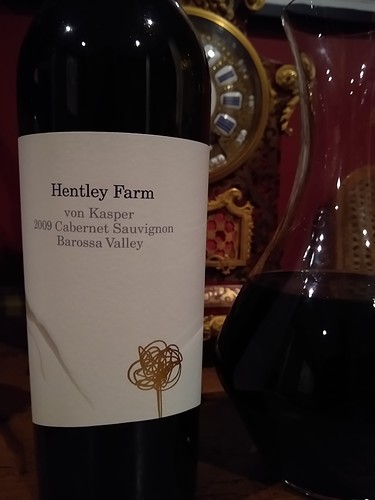 I personally imported when I shipped 3 pallets of wine over in 2012.

3 pallets! Were you importing for sale or personal consumption?

All personal consumption. Got a few dozen left I think but they are generally the top, more expensive, ageworthy examples. Will be sad once that final bottle is drunk.

That sounds like good going in 10 years. I’ll bet that last bottle is a very special one.

This evening I slow roasted some pork belly, and served it with pea and potato mash, apple and thyme purée, onions cooked under the pork, and gravy. We drank Beck-Hartweg Pinot Gris Grand Cru Frankstein, 2017 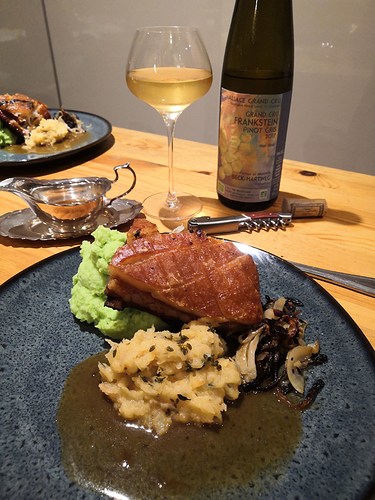 We bought this at the domaine in the summer - it’s low intervention, and the associated acidity worked well to cut through the fat of the meat. Not a typical GC pinot gris at all - there’s a definite feel of orchard floor; it’s far drier than most; the fruit is more at the apple end than the more usual peach and sweeter citrus; and there are no honey or biscuity notes. But it’s still got some fatness to fill out the palate, and was really very satisfying.

Hope everyone has a good week.

I have tried the 2019 (a couple of bottles) - it’s good stuff, a little more serious, but cut from similar cloth. I wouldn’t say the 2018 was better, but there was just a smidgen more generosity and (at this stage) harmony. Of course, wait a few years and things might be a bit different! 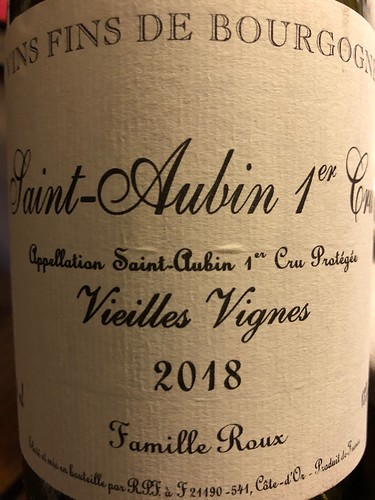 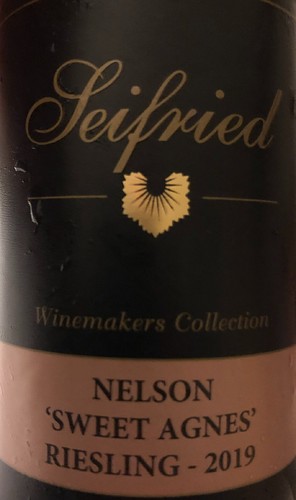 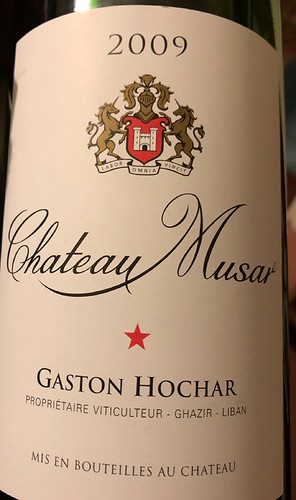 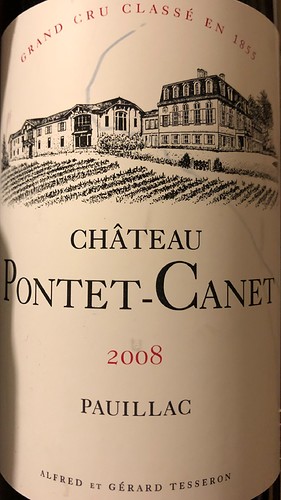 Opened another of these last night:

I picked up another couple of bottles of this last month when it reappeared on the list (still there) as I was just so impressed by the ones I bought in 2019. It really is a lovely wine. Soft, full flavoured, with beautifully integrated complexity. For £23 this really is a cracker of a wine. TWS has '22 as the end of it’s drinking window but it’s not feeling in the least bit tired although it is wonderfully mature. I’ve still got one more bottle but I’m in no great hurry with it.

I’m looking forward to opening mine in due course (but sounds like there’s no hurry!

Friday - our usual plaice, new pots, peas and mixed salad but a change from our usual white 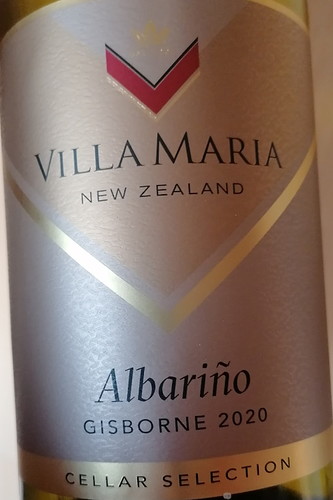 2020 Villa Maria Albariño Cellar Selection (New Zealand, North Island, Gisborne)
Mrs M had seen it was Villa Maria and assumed it was Sauvignon Blanc. Who knew they made other varietals? Anyone who can read labels is one possible answer…

Anyway, a nice crisp dry white but lacking the intense gooseberry Mrs M is looking for.

Saturday we had the ‘Battered Trophy’ blind tasting competition at our Wine Tasting club. The Trophy is a squashed and dented small metal cup bought at a car boot sale decades ago. To continue the theme, the tasting is followed by battered fish and chips from the local chippy.

Sounds easy, but nigh impossible as most varieties are grown in every country. Anyway, I kept to my usual result by failing to win, though I did nail 3 white varieties and 2 matching countries, and one red variety. Which is a bit strange because I drink mostly red…

All wines were bought from TWS and my favourite white was 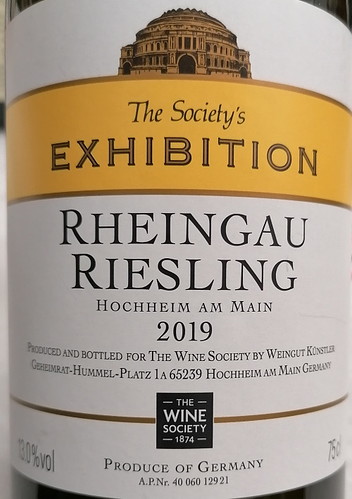 I was surprised because I don’t like Riesling. I correctly guessed the variety but not that it came from Germany because it was so crisp, fresh and dry. It was a revelation and I’ll be having one at home for a second opinion.

My favourite red was 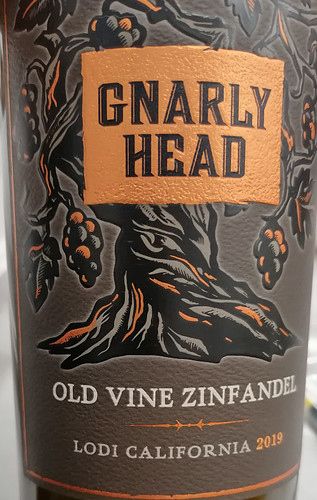 2019 Gnarly Head Old Vine Zinfandel (California, Lodi)
This is yet another of Delicato’s labels. As well as their own retail and on-trade labels, they supply own labels to - among others - TWS and Majestic Definition. But this is the first time I have tasted Gnarly Head and I really enjoyed it so that my glass was empty before I had started working out the variety and country. I went to TWS to buy some and unfortunately it is OOS.

Sunday our aperitif was 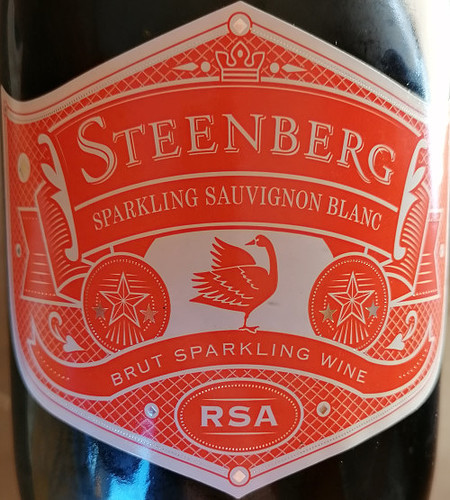 N.V. Steenberg Sparkling Sauvignon Blanc (South Africa, Western Cape)
I must be in a small minority in really enjoying this crisp sparkler, made by the traditional method in Constantia by SB specialists Steenberg, because Marks and Spencer were off loading them in September 2019 at £5. I managed to get the last six from my local shop, and this is the last of them. I don’t expect to see them again…

I roasted a beef joint, parsnips and potatoes, and steamed brussel sprouts, cauliflower and tenderstem broccoli. I have a confession to make. For the first time I have been unfaithful to the blessed Delia and followed a Jamie Oliver recipe. My son uses it and I was most impressed by the yorkies he cooked, as I was by the ones I produced.

To drink with this feast was

2016 Campo Viejo Rioja Reserva (Spain, Rioja)
The previous Monday I’d had Campo Viejo’s entry-level Tempranillo Rioja. This is two levels above that, being a Reserva and thus spending a minimum 3 years aging of which at least 12 months is in oak barrels and 6 months in bottle. According to their website this has aged for a total of 4 years and is a blend of Tempranillo, Graciano and Mazuelo.

Their basic has less than 1 year in barrel yet this costs just £2.75 more. It’s a real sophisticated and seamless pleaser.

Disembarked off the dry train over the weekend to enjoy this delightful St Emillion with some Herdwick Hoggett . Delicious on both counts.

Bought the Rochebelle on site some years ago whilst driving around the St Emillion estates on a spring afternoon.
Fruit forward and quite soft so not for the long haul. 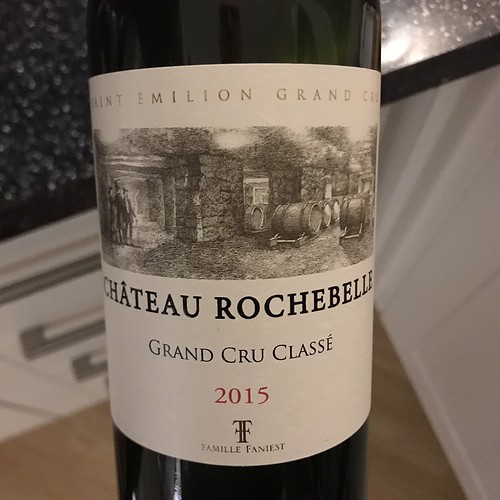