What a fantastic spread!

A very happy new year to you and your family, @robertd!

I too love Sauternes, but the sad reality remains, even as lovers, that we don’t drink them often enough to make the product as viable as dry wines. In terms of quality for price, they’re off the scale, but my other half isn’t so keen, so opening a 750ml becomes only a couple-of-time-a-year thing when all the family are gathered, leaving me almost a lifetimes stock already. (And, of course, frankly Jurancon, with it’s lower residual sugar and high acidity, lends itself more readily to regular drinking in this household).

I have the same problem. I’d happily share a bottle or two!

We actually had a half of Cypres de Climens 2010 today. It was a little disappointing compared to the 2009 (a little too much bitterness for me) but it won’t deter me from continuing to open a Sauternes or Barsac when the opportunity arises - though I agree that’s not often enough! 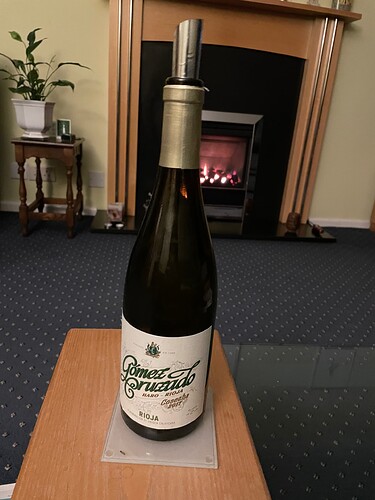 image1920×2560 279 KB
This evening a beautiful white Rioja that we bought at the winery. Subtle use of oak and a beguiling nose of honeysuckle. A golden colour in the glass and a delicious wine, the refined oak delivering a silky smoothness. Last one of three. 2017 vintage.
18 Likes
robertd January 22, 2023, 10:28pm #66

Thanks, @Inbar and @Embee. One of the (many) good things about a bicultural household is having twice the opportunities for a food blow-out!

I can certainly relate to that!

Had a glass from an already-opened bottle of d’Arenberg The Olive Grove Chardonnay 2020 with Coquilles Saint Jacques (from M&S, not homemade). Must admit it’s not a wine I’d ever have bought before reading these pages, but having seen it in the suoermarket after some positive mentions here, I picked one up and it’s really very decent at the price point.

Then with some roast chicken breasts, roast potatoes and veg, we had this 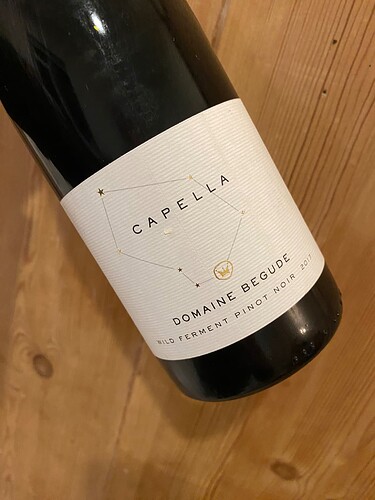 First had this a couple of years ago and really enjoyed it. Still good, but don’t think it has a long life in front of it, the red fruit has retreated and it’s more dominated by darker fruit and spice than it was before (though both were always there). That said, still very enjoyable, a French Pinot that’s a little different to Burgundy.

Ormes de Pez certainly ages well. Picked up some 1985 from auction last year and it was still lovely, even if getting long in the tooth. 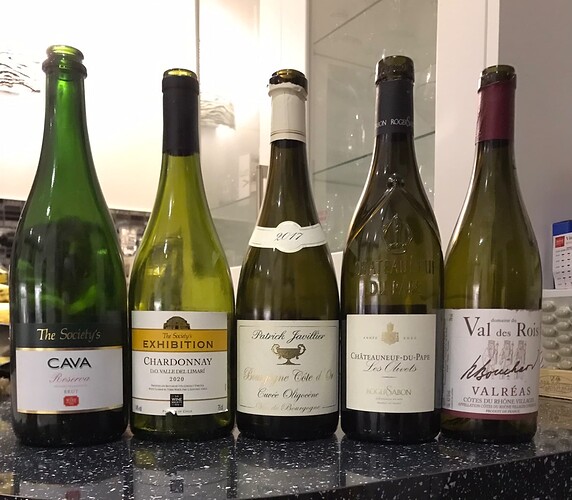 A couple of wines from Saturday night - one a classic, one a real ‘wine or vinegar?’ challenge… 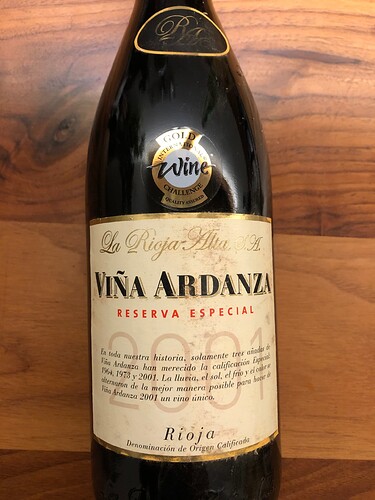 First up 2001 La Rioja Alta Ardanza. I recall buying the case of 12 of this from BBR many years ago even though I hadn’t tried serious Rioja before. So glad I did now, this just gets better and better. Slightly brick colour now, but just gorgeous aroma jumps out the glass. And so supple and silky to drink. Serious wine, but nothing hard edged to it. Great accompaniment to a Turkish lamb dish, but equally good sipped and contemplated by itself. 3 bottles to go, no rush I think…

Next up, a bottle that I acquired in a mixed auction lot, which begged the question - what does 47 year old gewurtzraminer taste like? Specifically 1976 Hugel Reserve Personnelle? 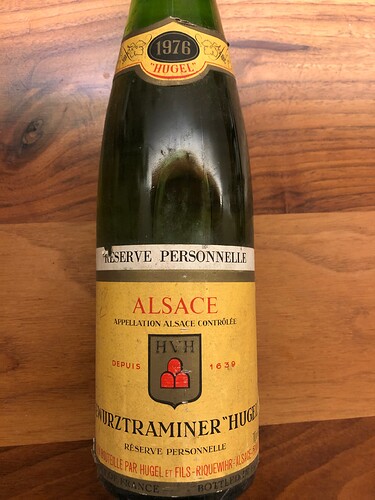 Expectations were low, the foil had been pierced and was covered in some blue / black oozing growth, and the bottle had white sediment blobs floating in it (I’m not really selling this am I…?) although fill level still looked good. I didn’t get to see the cork as used Coravin. But surprisingly when the wine poured it was a lovely yellow gold colour and looked clean and pure.

Aroma was classic Gewürztraminer, lychees, touch of ginger. Really alive. And some similarity to an German Auslese, particularly the intensity, leading you to think it might be sweet. But when tasted quite dry, but plenty of fruit.

Drank with some cheeses to accompany, Gruyère, Comte, which were fine, but didn’t really sing as a combination.

Definitely wine, not vinegar. Although that gewurtz edge did remind me why I generally wouldn’t buy this kind of wine… But good fun to try, and amazing vitality in the wine. 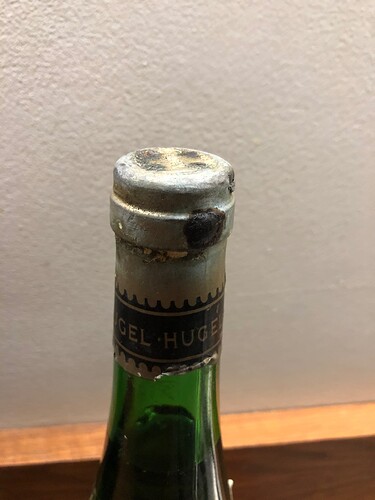 You’re lucky to have acquired the Ardanza 01 - they really knocked it out of the park that year. ISTR that CostCo had some in, and I got one bottle, but it had all gone by the time I returned.
And, apart from being Gewurz… 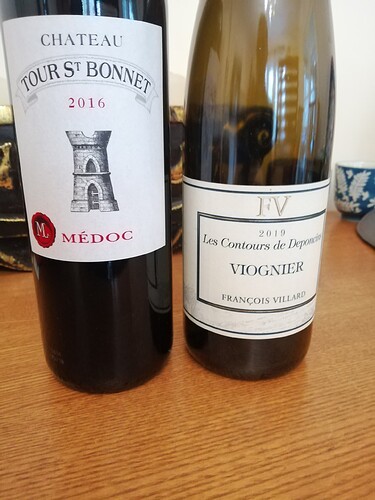 The Contours de Deponcin was drunk with fish on Saturday. One of my regular e.p. buys - I think a pretty good wine for £65/6 ib.

I have been meaning to try Tour St Bonnet for some time so bought a bottle off the list as part of my first delivery of the year. Good flavour and body, excellent with the Sunday roast. All you can reasonably ask for in a £14 Bordeaux. Could well become a regular buy in the future.

You are right. I bought a dozen Vina Ardanza 2001 from Costco (not even a member but for a supplementary fee they did still sell online to non-members) back in Dec 2012, for the princely sum of £15.73/bottle delivered. Still have 9 left and the last one I had was the Xmas before last. It’s a stunning wine and indeed plenty of life left in it.

I think it’s in a perfect place and I generally don’t drink these wines at the rfd end date.
Been burnt to often…over the years @GuidoDL

I will probably drink this vintage within the next 12-16 months for my palate.