Can’t believe nobody has kicked this off yet so here goes! 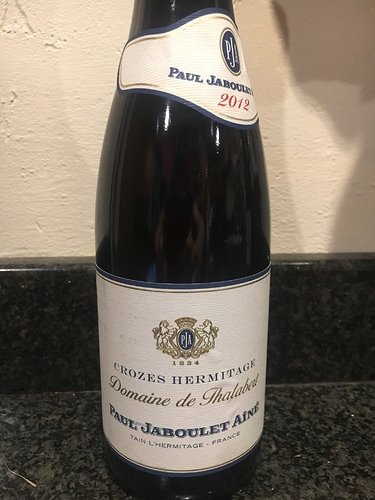 Evening in on my own so it’s a hastily assembled sausage casserole and a half bottle from a recent order. A wine I’ve read a lot about but never tried

Tonight - a slow-roasted belly of pork with quinces. (Well, we’ve got 100kg of them - you have to get creative). It’s a slight adaptation of a Nigel Slater recipe, but with double the quinces. What to have with it was a bit of a puzzle but we went for this -

Tomorrow I shall be making two different kinds of quince ice-cream, and quince tarte tatin.

On holiday, North Bovey, Dartmoor, and with a fresh moor rack of lamb this tonight… 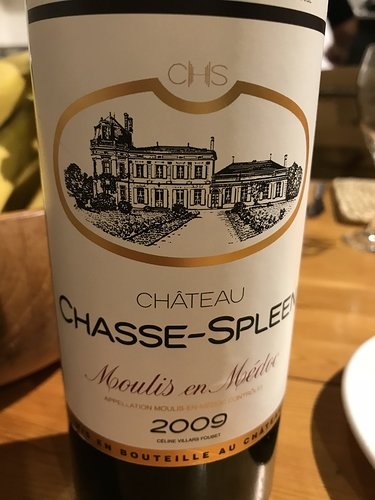 I’m going to keep it dry until Thursday, after quite a heavy weekend, so had this in the pub this evening:
https://www.brewdog.com/item/61/BrewDog/Nanny-State.html

It’s such a nice alcohol-free ale, with a floral nose and a pleasant bitter finish. Went well with a pork chop, mash and apple sauce. The husband had a pale ale from a local brewery called 360° - which he thoroughly enjoyed.
Happy Tuesday, all

oh…what did you do with the quinces ?

I finished off the Zorzal from last weeks tasting and, whilst I loved it on the day, I have to say it lost much of its charm 24 hours after being opened yet it seemed to pick up the following day. Maybe I was having an off day on Friday!

Yesterday I started one of my half bottles of Raspail-Ay Gigondas, and here I must thank @Taffy-on-Tour for the recommendation. A lovely wine and, I think, my first Gigondas (though I have some others laid down). If there’s still some more available when I next order I might pick up some more. I’m a little more hesitant about the 2014 despite its significantly lighter price tag (or maybe because of it!).

Fancied something quite light and refreshing tonight so opened this for a glass ahead of a few very busy days coming up . 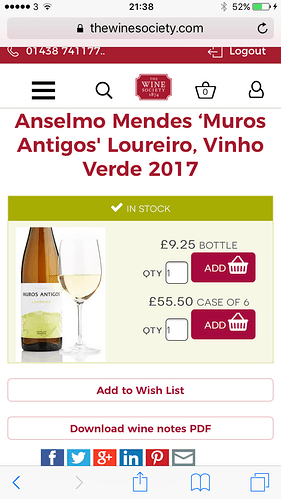 @Inbar Yes, this is a great non-alcoholic beer - my go-to drink if it’s not wine or tea! Loads of flavour and quite a ‘full’ taste unlike many zero % lagers or beers.

Raise a glass and celebrate with our French wine. Discover new nutty notes and citrus aromas in our collection of the best French wine from M&S

The rosine is such easy drinking, if a little bit straightforward but a brilliant calling card for the northern Rhone. The pauillac was the 2014 and was accessible straight from the bottle with classic cab sauv profile but we will wait to see what the rest of the bottle does on day 2.

Pretty impressive drinking for a Tuesday @Jcbl. The most impressive thing I’ve done today is put the bins out

oh…what did you do with the quinces ?

(Jam, jelly, paste, chutneys, tarts - you name it!
PS - the tip for medlars is usually to dip the stalk ends in sealing wax after picking to stop rot fungi getting in).

You are very kind!

I bought some of the Raspail 2014, Vinous gave it 93 pts with the accolade “of one of the most impressive wines of the appellation in 2014!!”
Vinous gave the Raspail '15 92-94 and the '16 93-95!! Say no more, Squire!! lol
Jeb the 2015 91-93, the 2016 91-93+
But when looking at these scores, one wine in it’s evolution pathway may perform better than another. It all depends when you catch them and what your taste preference is?!?
They are all top quality scores, Jeb gave the 2017 91-93, so 4 vintages from Raspail-Ay and not too much between them. That screams top quality winemaking to me!
And I should put my hand up here, I have been a fan since 1989, the 1990 was quite extraordinary.
I paid my divorce lawyer with a bottle, absolutely true and Ron remarked that it was the finest bottle of wine that he had ever tasted!! It was truly stupendous on it’s day.

But most of all, lest we forget is that our very own @Marcel got them for us, and for that we should be grateful!!

thanks for the tip !

I had some help, I should say - we are away with friends. And what else is there to do in a forest with 4 under 5s at half term but wear them out and then hit the booze?

You’re are my hero…

I had the Ogier last night. Liked it, very peppery which I like, but I found it a little thin and acidic, and for me didn’t live up to the hype. Better wines at lower prices etc. I ordered a few new-to-me Rhones that I’ve seen trumpeted on here to see which ones I want to add to my reserves/regular EP list. One less to worry about

Have you tried making quince gin? Not only does it taste wonderful but it also looks beautiful while it’s steeping (if that’s the right word).

100kg?! If you were close I’d take a dozen off your hands but that wouldn’t even touch the sides!!

Heaven on a plate (and in the glass)!