The chap running it is French, really knows his stuff. David Blunkett was a regular customer with a penchant for Burgundy apparently.

IMHO - (yes, Aglianico is probably originally from Campania) - I much prefer the ones from Basilicata. I’ve visited F di SG and other Taurasi producers, along with a number of Aglianico di Vulture equivalents and, gosh, if you like Campanian versions you will love the Basilicatans

I rate Aglianico as my favourite Italian red variety which, yes, is a bit Philistinic of me (hello Nebbiolo, Sangiovese et al…)

Potentially hampered by ToH spraining her ankle last night in the gite, going for a pee and not bothering to turn the light on; and announcing that Cycle rides were hors menu, but it made little difference to the Plan, not least as the producers we had lined up to visit also had cellar door-shops in Arbois itself, so it was a reluctant drive to Arbois and park up somewhere.

If you’re looking to acquaint with Jura reds, this is the place to come. The Fruitière Vinicole (Frutière is the local word for Co-operative; ie those involved bring the “fruits” of their labour) in Arbois is highly rated and one of the first in France; since 1905, and produce over 30% of all AOP Arbois wine. There are daily tours (only in French) at 11 and 4 and we joined the former along with a french couple. 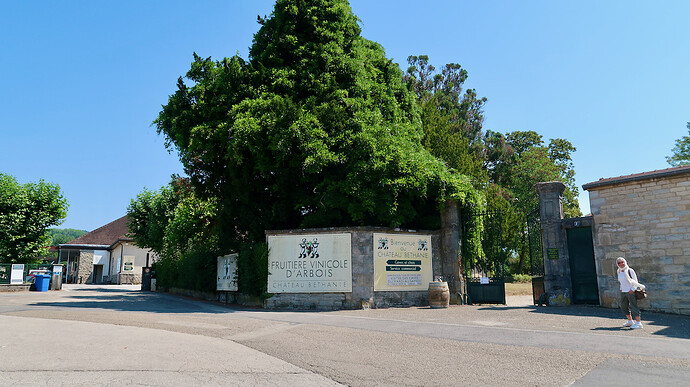 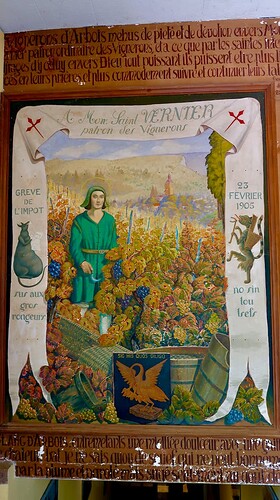 Lunch at the seasonal bistrot down by the river run by the biodynamic low intervention winery Domaine de la Tournelle accompanied by their Poulsard. 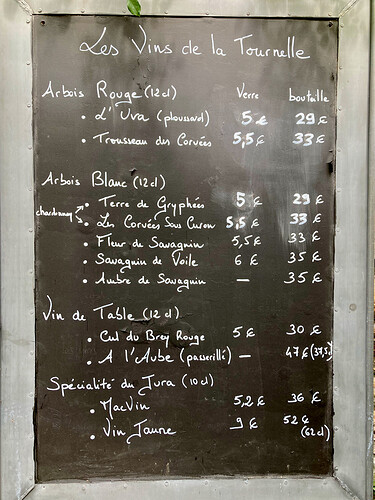 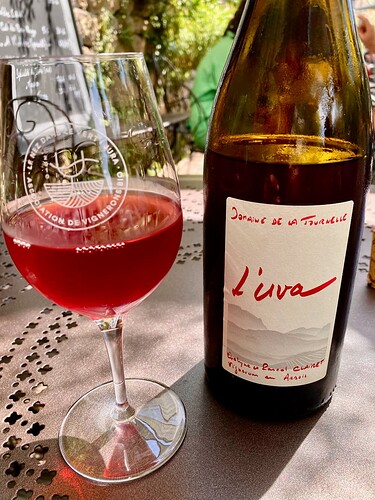 Then it was a case of trawling through the various cellar door outlets in town - a warm and non-obligatory welcome everywhere and plenty of tasting to get through.

Finally en route back to the gite to call in at the Fruitière at Pupillin, which is the ancestral “home” of Poulsard, but sadly none of their (red) wines were terribly exciting - was this because they were on to the 2019 and 2020’s ?

Here’s the 5 best bottles of the day; far left being the champion 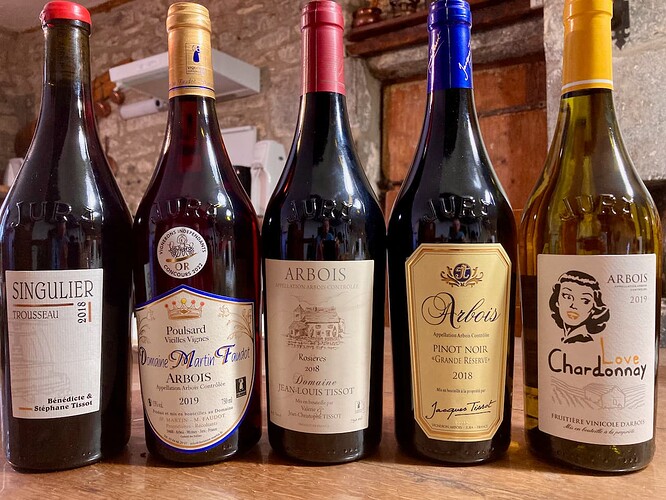 Couple of wines tonight with our superb dinner. 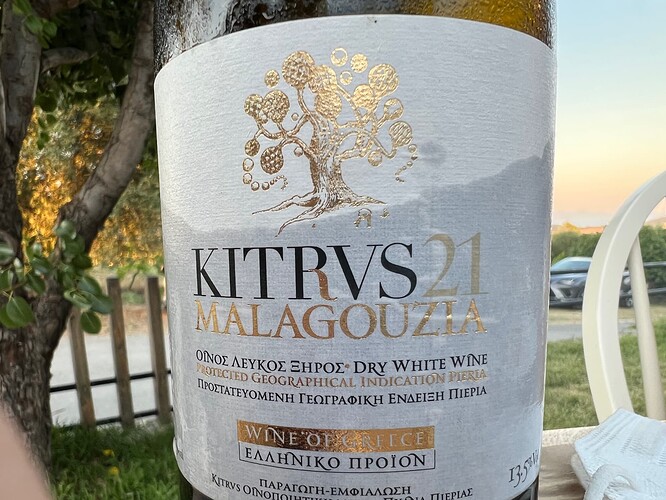 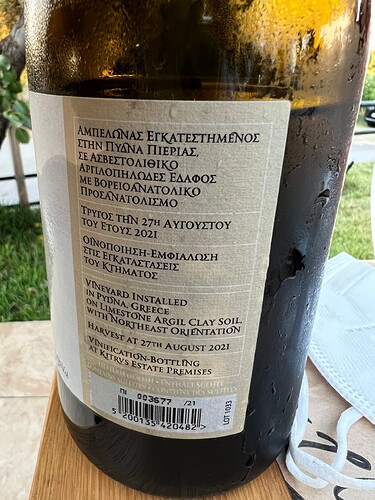 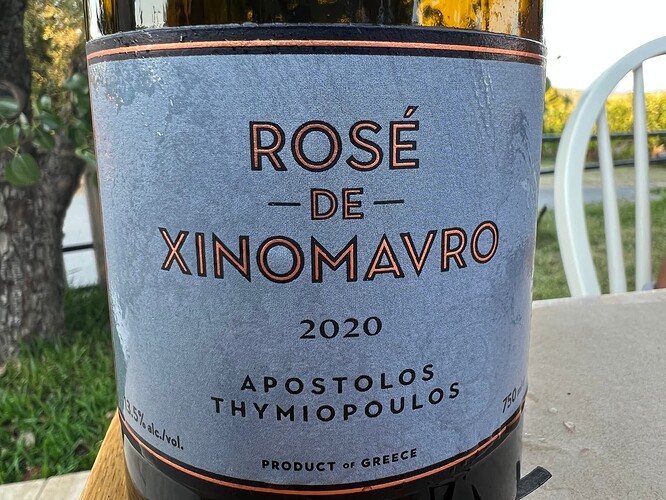 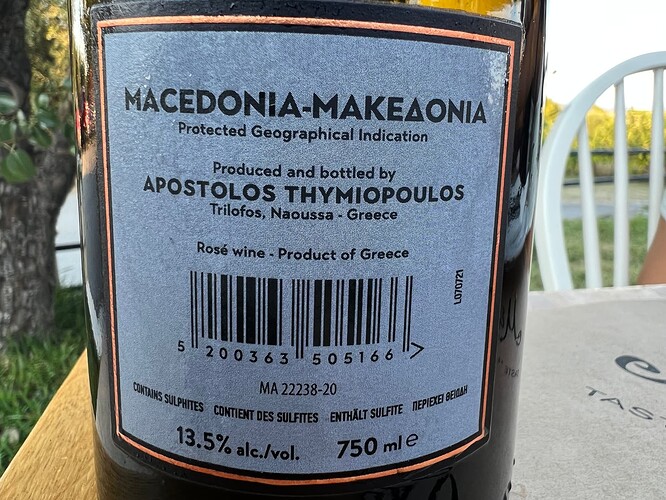 image1920×1440 487 KB
This is fine. Nothing to write home about. There’s no threat to Bandol coming from these shores yet. Yet. 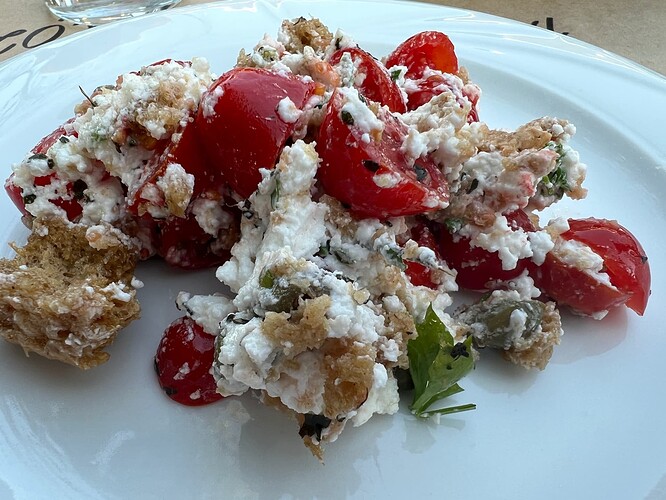 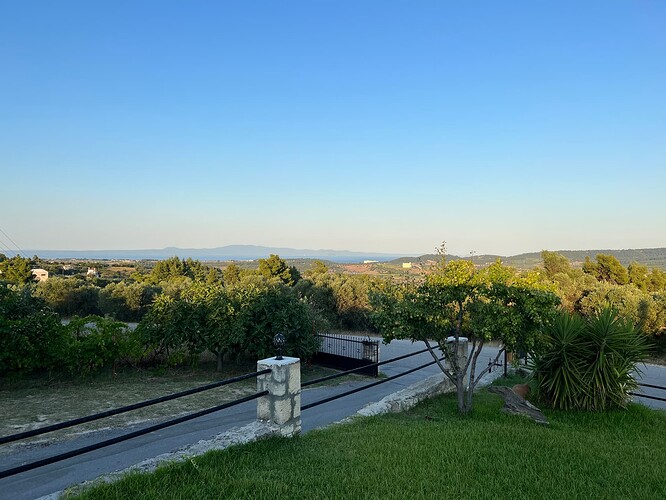 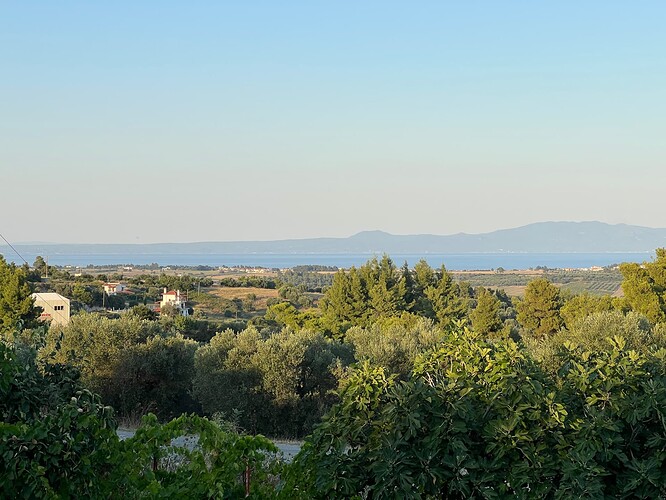 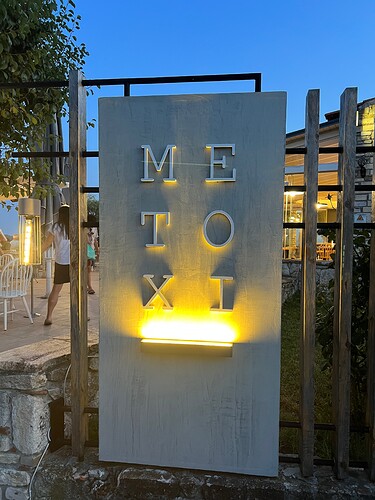 This is fine. Nothing to write home about. There’s no threat to Bandol coming from these shores yet. 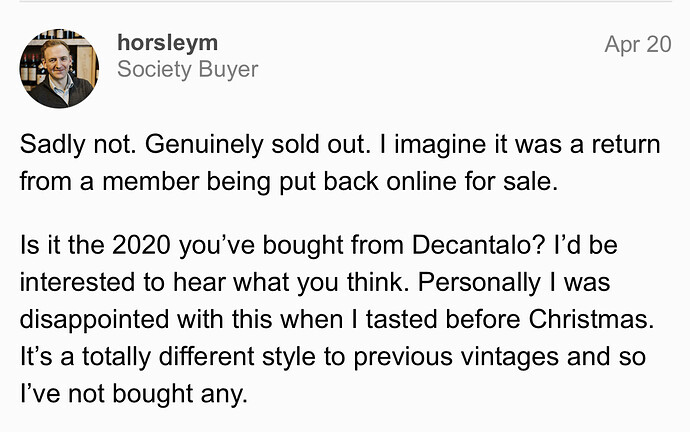 Tonight, finishing yet another bottle of the 2019 Bout d’Zan with 2015 Val di Suga in the decanter. 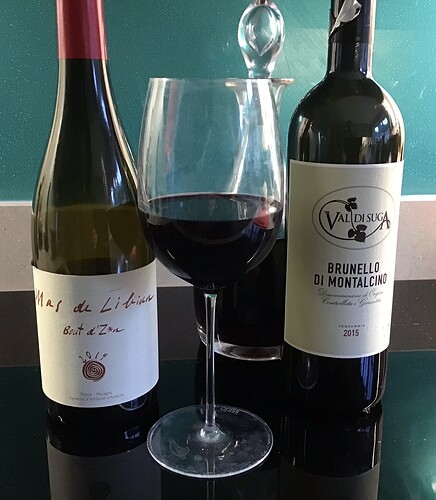 That Bout d’Zan is such a cracking wine. Intense, deep, refreshing fruit and less than £11 a bottle. Several bottles of 2019 remaining but looking forward to trying the 2020, to see how much of this magic comes from the vintage.

The Val di Suga is young but already a pleasure to drink. Cherry, cloves etc. and in good balance. Definitely more opening up left here so it’ll be interesting to see how the rest is tomorrow. Glad I have more of the 2015, and also a case of 2016, in reserves. Good value by Brunello standards.

Indeed very good.
I haven’t tried yet but look forward to

The 2020 BDZ gets an extra half point from JLL 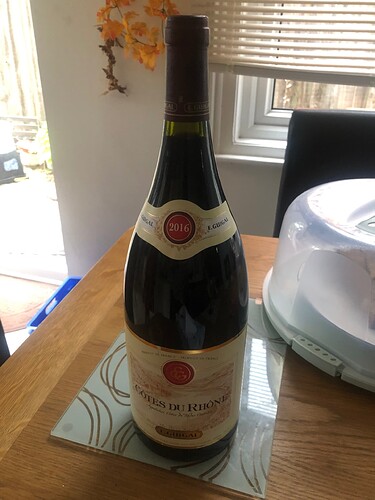 Does this need an introduction? Last of the 2016 Guigal Magnums. Probably should have kept it longer for some real development.

Chugging along nicely with plenty left in it. Round with lots of damson, plum and blackberry things going on. Not a popular opinion, but I prefer the Saint Cosme.

Second half this evening.

I like the Guigal CdR but the St Cosme '15 CdR was on another level - one of my most enjoyable wines of 2021. I’ve bought (but not opened) a couple of 18s so am hoping they come close.

You can do a lot better than Feudi too - bit of lazy sourcing from TWS I think!

I also rate Aglianico as one of the very best Italian red grapes, but in my experience Taurasi (and other Campanian terroirs such as the massively underrated Roccamonfina) is quite the equal of the Vulture. As ever it’s all about the producer

Reunion few days with old friends from across the pond so kicked off with some local Dorset fizz, a gifted Veuve Rosé and the rest into dinner.
Have not tried a Cloudy Bay for a few years but found the gooseberry a tad over done, but very refreshing on a hot Tuesday night. I cooled the reds pre dinner and perfect with our outdoor bbq summer supper. 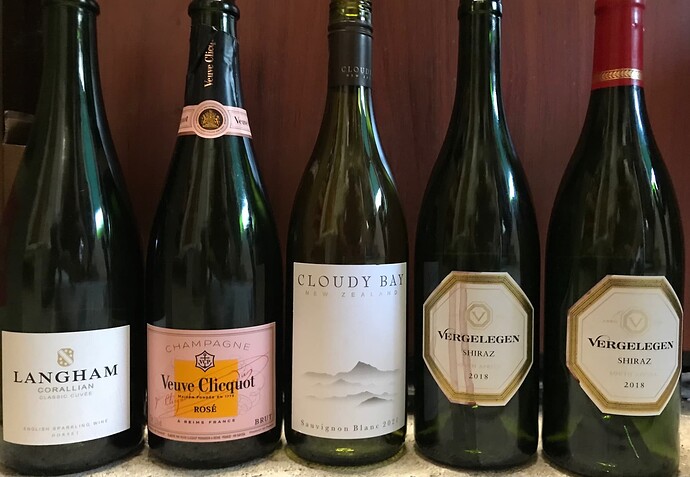 Last night we were treated to dinner out at our village local and the Americans wanted Bordeaux….these were all in a good place. 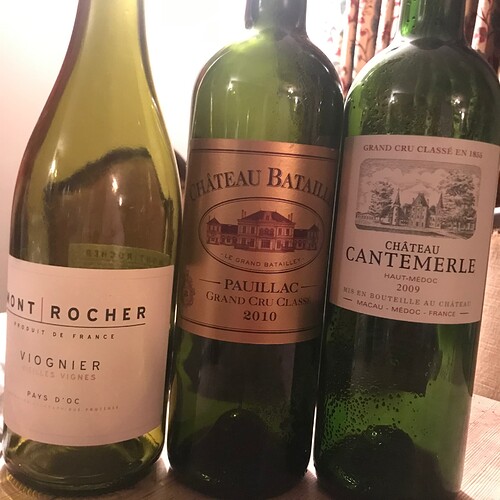 Blimey, the locals around here dont sell wines like that!!!

Just wonder what the (eye-watering) mark ups were…

Agree - a close run thing. The best Campania Aglianico in my limited exploration was Mastroberadino from a few different vintages - best at 10+ years; whereas the best Ag’s from Basilicata would be Bisceglia, Del Notaio and Elena Fucci. I truly believe that the volcanic terroir there just swings it.

I can also recount a tale of when I was in Melfi on a Monday late morning and had just checked out the excellent museum and looking for lunch; realising too late that on Mondays eateries tend to be closed. But eventually I found one, situated on a first floor which did seem to be patronised; and rather loudly at that. I ventured up to the lobby and was told (as far as my schoolboy Italian could make out) that it was closed and being used for a private party. But my disconsolate look must have engendered an element of sympathy (or pity) and they decided to allow me a seat and was duly fed and generally welcomed as a curiosity I guess. The carafe-d wine was DELICIOUS, what was it I asked… the local Aglianico of course.

I don’t think I was even asked to pay !

Another Aglianico anecdote relates to a winery visit in Greece, in the Attica region; Kthma Hatzmichalis to be precise, and a great tasting was had but I did try and argue with their bold as brass and utterly incorrect and spurious claim that, in fact, Aglianico comes from Greece. Not wanting to require the assistance of the UK Embassy in Athens I did not labour the point too much, moreover the wine, tbf, was quite acceptable ! 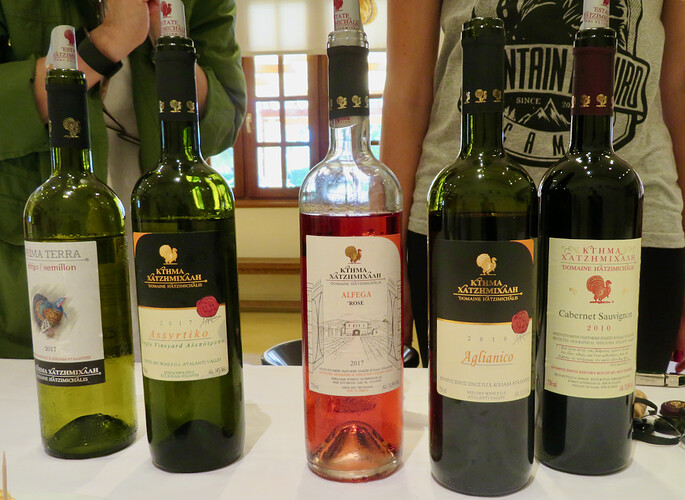 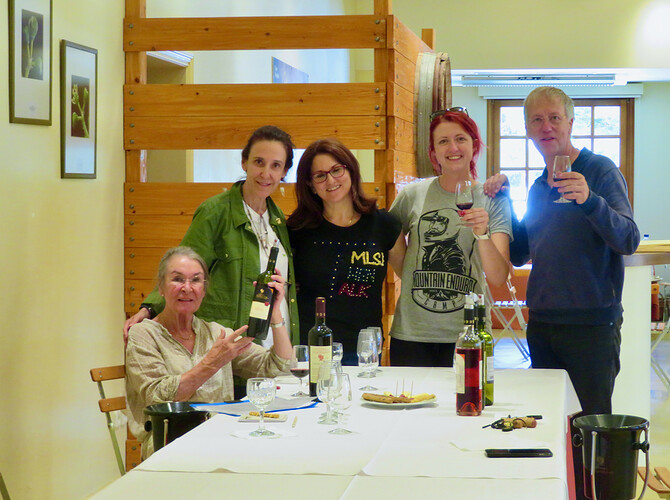 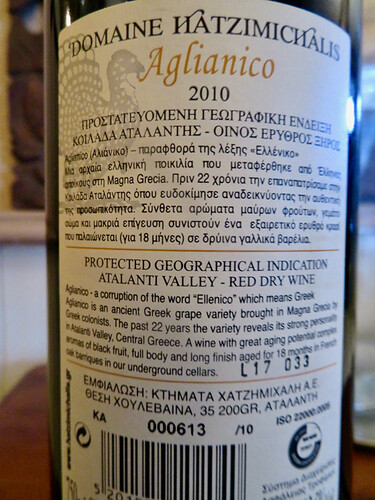 Can’t advise on the mark ups as I have no idea on release retail price, but the Cantermerle was £80 and Batailley £95.

A generous and delicious treat. The current value of £ versus USD I don’t think they were to surprised by the price.