Having a real curiosity today, a red from a grape that is rare even in Hungary where it is indigenous (replaced by more commercially successful types over the last century). It is called Csókaszôlô, where szôlô means grape and csóka is a smallish black bird (apparently bunches are small and very dark in colour). It has been revived by a handful of producers. This one the same as the PN I was posting earlier in the week. This 2016 is a success, full of flavour and only 13% alcohol, marked rose hip flavour… yum. 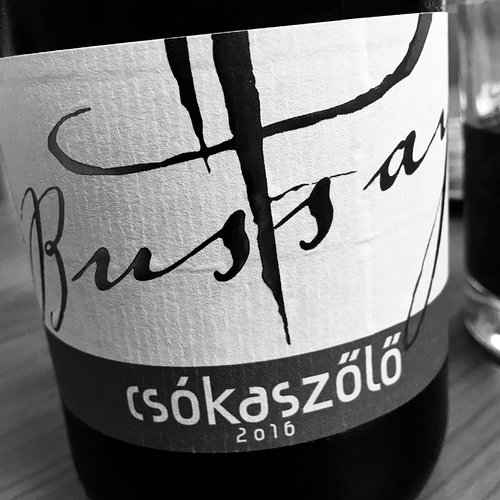 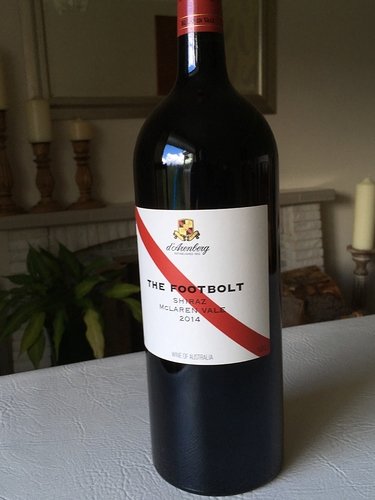 Having relatives round for a Barbie so no TWS taste

Having a magnum of this as a consolation

Looks great @JReed, Ive got the Dead Arm in the wine fridge but Ive not tried the FootBolt…. would love to hear your verdict.

Just had a taste. Lovely crunchy fruit. Like a little brother of the Dead arm.
It’s great to get an occasional Shiraz fix.
The foot bolt always delivers and is good value

Went swimming (or was it shivering?!) in the river Sorgue today - exhilarating stuff! On the way back saw quite a few ripe figs hanging from a tree, so decided they should join our little starter and aperitif. Drizzled a bit of honey and grilled them. By jove! They were delicious! 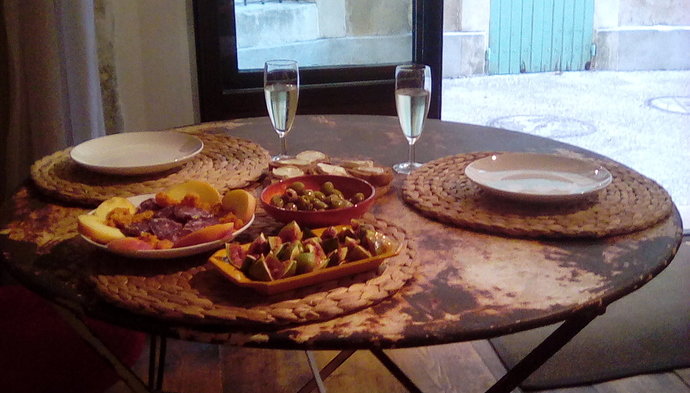 Had a zingy and apple-y Saumur with it. Not exactly a local aperitif, but really enjoyed it!
On to cooking the main, and bought a Châteauneuf-du-Pape which needs decanting.
Hope the virtual tasting is fun this evening!! Will be reading your comments after dinner

Might have to try that. Saw it listed somewhere and surprised it wasn’t pricier but the pedigree of the winery.

Let us know what the CNDP is and how it goes.

This is the CNDP:

I am no CNDP expert, but liked the tasting notes of this one (recommended in a shop), so hoping it’ll be a nice one! Will have chicken Provencal with it.

We are also on the CNDP tonight:

Night 2 and a serious risk of the last glass being the best glass. I don’t mind this being a bit more pricey than a typical daily drinker because it has the legs to sit in the fridge all week and just get better and better. Sturdy, complex, characterful wine, a product of vintage and place in equal measure.

Ours was young - could definitely be left for a few more years, but even as a young 'un, it was utterly delicious. Perfumed, intense smell of dark fruit, herbs de Provence, menthol, violets and spice. The palate was a bit overwhelming at first - quite hot from the alcohol (14.5%), but with time in the glass opened up and tasted of cherry compote, sweet ripe fruit and spice. The tannins were much smoother with the food, and could probably do with a few more years to soften up. Fantastic red, though!

While many of you lot we’re at home tasting online together, I was out on a double date at my local BYOB fish restaurant.

There was a birthday at the table so we started with a bottle of Laurent Perrier Rosé - never disappoints.

With my fish stew we had this wild Dog Point Kiwi SB, bought on a high after the AMA with @Sarah on NZ wines.

Not what I was expecting, in a good way. Less heady than your average KiwiSB, with nice interplay between ripe tropical fruit and lovely grassy notes, and the barrel fermentation rounding things out. I don’t drink a lot of sauvignon blanc but I’d buy this again to drink in a less social setting, I think there’s probably more to give if I had been paying more attention. On that topic, it went down well with the rest of the table as well, even the birthday girl who confessed to normally only liking her whites French.

We shall be drinking that tonight. We first had it at a wedding reception-well Mr jaykay did, I was driving so was on the water

my cousin, the father of the bride, kindly gave me a couple of bottles when we left, along with a red, Roaring Meg. We shall enjoy the white tonight and look forward to it after your endorsement.

If you liked this also try the Greywacke wild ferment. Made in a similar way, and in the some winery, as they share space.

I didn’t realise they shared space! I’ve had the Greywacke which seemed more ‘wild’ than this. It’s been a few years though.

Yes so I was told by Kevin Judd himself and now confirmed on the greywacke website. Made in the dog point winery. Not sure if it doesn’t imply that some greywacke fruit is from the Dog Point vineyard too.

As to method’s Dog Point don’t say they use wild yeast, but do say natural fermented in oak?

I agree the wild ferment is … wilder… than the dog point, but the lessy and oak texture is on both. Pretty much the only style of SB I can stomach.

the father of the bride, kindly gave me a couple of bottles when we left, along with a red, Roaring Meg

That’s one generous father of the bride. You go to better weddings than I do

Just sneaking one in here - 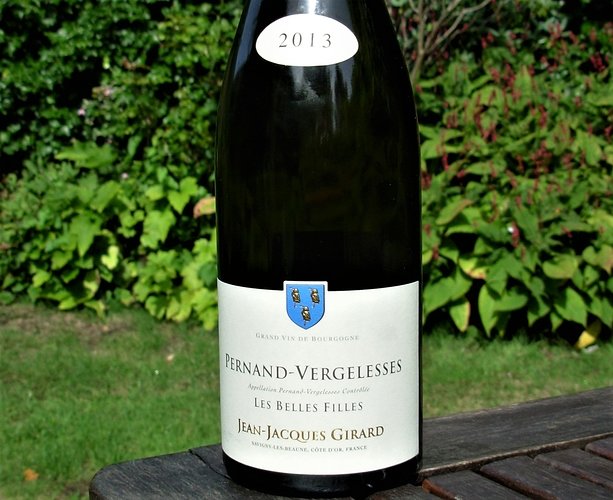 2013 Pernand-Vergelesses Les Belles Filles, Jean-Jacques Girard
This is a great year for figs - we’ve been eating them non-stop since we got back from France, and there are loads more to come. So we had this with a rocket, prosciutto, fig and goat’s cheese salad. Basically this wine does what it says on the label - it’s a village-level Cote d’Or white. Correct nose and palate, with the classic slight vegetal aspect. The real deal, whilst stopping well short of thrilling, it’s a decent food wine. Not bad value either (£15.50 in a Waitrose sale).

Incidentally, according to Jasper Morris’s excellent Burgundy book, the full name of this vineyard is “Sous le Bois de Noel et les Belles Filles”. He obliquely remarks that it is uncertain what the daughters-in-law were getting up to beneath the Christmas wood, though the back label says that the Belles Filles actually refers to nuns of the convent in Pernand whose vineyard it originally was. Make of that what you will. The vineyard however is indeed situated directly beneath the wood that tops the hill.

I opened a bottle of this last night

I know it’s a favourite of many members but I was underwhelmed. I found it very astringent and overly fruit forward. There is plenty left in the bottle so I am hoping it will have softened tonight when I pour again.

Although a little bit more expensive, I found the Bastide Miraflors (which is also a grenache, syrah blend) to be substantially better quality.

I’ll try again tonight and see how it fares.

This topic was automatically closed after 2 days. New replies are no longer allowed.