Leffe Blond 0.0% to start the evening.

Never tried this, will have to give it a go. Been enjoying San Miguel and Estrella 0% for sometime now.

This is a winner with a mushroom risotto 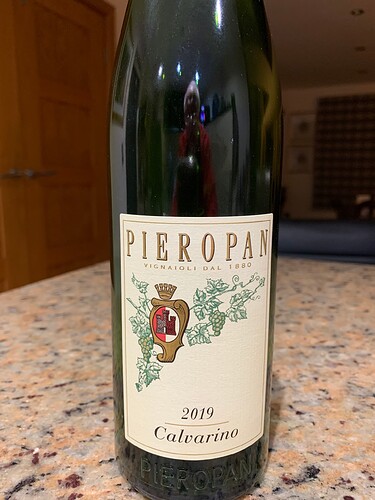 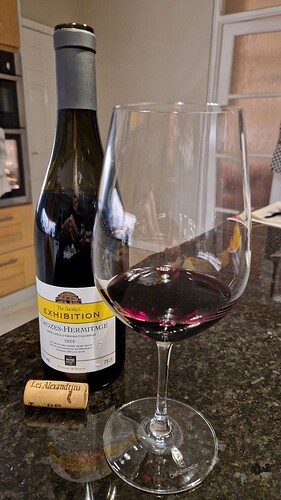 Possibly not the best accompaniment to a pepperoni pizza, but a Harry Potter wine, being as it was conveniently located in the cupboard under the stairs. Going to the wine cave in the garage would have required an ark!

Lovely purple red in the glass, pleasantly pungent nose and on the palate I got plums and spice. A treat for a dark stormy Wednesday night and would definitely buy again. 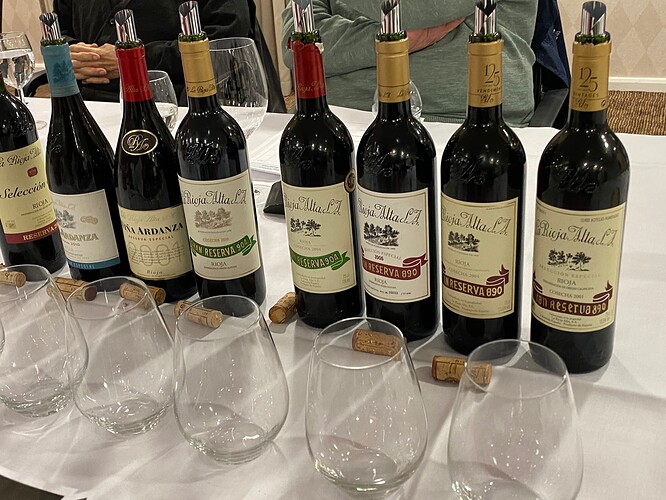 An LRA tasting from my local wine club.

Unlike Quintarelli and the Angelus tasting, no epiphanies tonight as I had already sampled many of the wines to taste and had many of the epiphanies over the years previously, 2001 904 and roast lamb over looking the Alhambra definitely one of them.

In fact, I think a 2001 Ardanza, straight from a supermarket, still warm from the intense light bulb it had been sat next to for at least a few years on a lads holiday was one of the eye opening wines that started my wine journey. 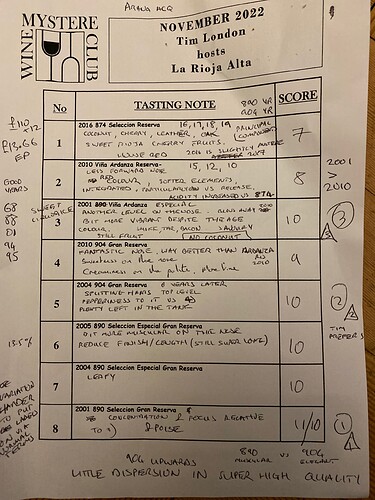 The TWS 2016 874 first up. I have a vertical of this 2016-2019 by the case. It’s probably one of our house mid week wines. Ha a wine note I can write prior to tasting! Hurrah! A sharp relief vs the on the spotness of your name being called out for an oration around a wine, tasted only moments previously. “2017 is where it’s at, lower down the range benefits from the better grapes in poor years”. I had to stop myself, reigning in any smugness that I had had a positive contribution ahead of the palates assembled.

This is the principal components of an LRA wine, exaggerated and containing less finesse relative to its more pricey brethren. Built for pleasure and drinking young. £110 for 12 IB. Hard to beat QPR against any wine IMO. Lots of coconut references around the room. For me 2017 is more plush and fruit laden. This a tad austere relatively

2010 ardanza especial next. Good to check in on a wine I bought in bulk from vinissimus back in the Halcyon days. We’ve had many releases since. The 2010 baring the same especial label as 2001.

It was doing ok, but it’s no where near a 2001. Romantic rose tinted recollection of 2001, isn’t romantic or rose tinted. It’s just outright better.

The 2001 Ardanza is fabulous as it always has been since release.

From this point on we’re in superb quality. There’s a smaller dispersion of quality, as all of them are top notch.

2010 is not ready. It’s got promise. Just 4-5 years too early. A lovely creaminess on the palate not seen elsewhere

2004 more fruit laden and intense. A pepperiness to it.

To me they stand as peers to the 890s who’s style is more muscular but who’s price is growing more stratospherically.

Splitting hairs between these wines, I find it harder to pick out different tasting labels to differentiate e.g. raspberry or leather. There is an infinitesimal nuance, detail and comparative pleasure that only side by side tasting can provide. Other regions lend themselves more to labelling. Here it’s more about readiness, tannin integration and longevity.

Some of those in attendance (16 attended in total) had drunk LRA from the 1950s onwards.

In summary, not all especial years are equal.

What a night! Enjoy the rest of the week!

Another £9.99 Aldi. Apparently a Syrah led GSM, spirity nose, taste is an odd mixture of sweet and raw. OK, nothing more. 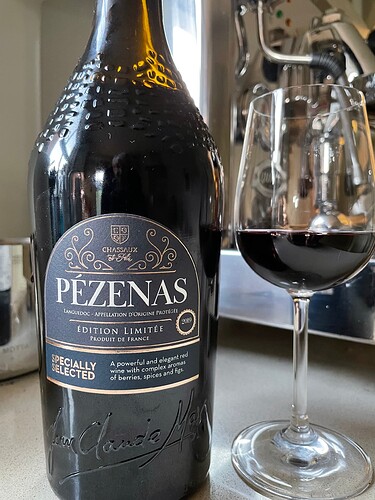 Nanny state from Brewdog (the bottled version) & Lucky Saint (which was the best).

Otherwise, I concluded that kombucha and the Jukes range of fruity vinegar made a reasonable drink. But otherwise… it’s a fairly miserable cold turkey!

Very often on the menu in German restaurants and beer halls as the Alcohol Free beer of choice. One of the best alcohol free bottles, for sure.
A special mention also to Adnam’s Ghost Ship 0.5% - which is surprisingly flavoursome and I think I even prefer it to Brew Dog’s Nanny State now.

I particularly enjoyed the Northern Monk Holy Death. Guinness Zero is a better analogue of real Guinness than canned regular Guinness for my money too.

The ‘no’ alcohol Ghost Ship was definitely the best example I’ve ever had of such a brew when I first encountered it; on a hand pump no less. However in a bottle may be safer bet because several return visits to the keg version have since disappointed. I suspect it may be higher-maintenance in this form than the regular strength version of this pale (or the bottle for that matter).

Lucky Saint (which was the best).

I did the whole of dry January - indeed I think I made it through to some time in February - and of all the fairly uninspiring brews available (I’m afraid I found all the other ones mentioned above to be of that Ilk) Lucky Saint stood head-and-shoulders above the crowd. A genuinely nice beer, alcohol or not.

Dont know the particular wine, but a gorgeous town (assuming it is from Pezenas between Beziers and Montpellier). Stayed a few nights about 3 years ago.

Good choices there. I’ve enjoyed both to help liven up the dry spells I’ve felt it necessary to have.

Definitely autumn here today, and a wine to suit… 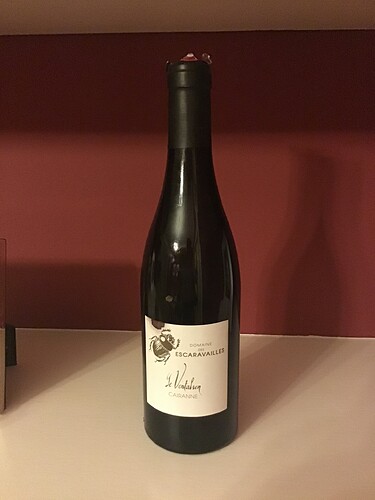 This was the 2015 from a mixed case of gigondas (which judging from recommended drink dates need a bit more time) and cairanne.

A big mouthful of a wine, deep dark fruits aromas and a bit of menthol and spice. Overlaid by leather and quite muscular to me rather than the silkiness which TWS claim but just what i was looking for.

assuming it is from Pezenas

I suspect it is from the Pezenas region with the grapes sourced from a variety of vineyards. If it were otherwise I’m sure Aldi would promote it as such. I can’t crack the bottling code on the back label. But, yes, a lovely town.

About 6 years ago Lidl sold a Pezenas in exactly the same style bottle as this Aldi one. The Lidl one was made by Domaine Paul Mas - I wonder if the Aldi one is too…? They definitey have vineyards in Pezenas.

Well, I hope I’m not imagining this or overstating the obvious here, but the bottle glass does look like it is carrying the signature of “Jean-Claude Mas” below the label!