Monday night/Tuesday morning and no weekday drinking thread! You gentlemen of England now abed shall think themselves accursed they were not here and drinking-

Bright, pure and elegant Greek red with a wonderful perfume of red fruits and a twist of fresh mint. Wonderfully friendly yet deceptively complex, reminiscent of a cross between pinot noir and nebbiolo, made by the master of xinomavro and superstar of Greek wine, Apostolos Thymiopoulos.

Which tastes a bit gripey tonight, a bit too red maybe. But this is to split hairs as it still has a lot of interest for eleven quid. Wants food. I was spoiled by drinking the Bin 5 the other day which is somehow both bigger and easier to drink. I may have to go in for the Raspani.

If there is already a drinking thread which I have overlooked, internet do your thing.

You gentlemen of England

Some gentlewomen over here too

Most of us are thinking "why did I do that’ on Mondays and Tuesdays. Didn’t this used to be a midweek drinking thread? ie Wednesday onwards?

I went back to my weightlifting class for the first time since march, so was in no fit state for drinking (or, you know, moving) yesterday.

Some gentlewomen over here too

I may have been drinking, whilst poorly attempting to paraphrase/shoehorn Shakespeare into it.

The brand new shipment of our popular pink Champagne, based on the 2012 vintage, which Gratien believe is one of the best ever. Cellarmaster Nicolas Jaeger now sources grapes with specific characteristics for the rosé to create a pink wine fully in the Alfred Gratien house style – rich and fresh... 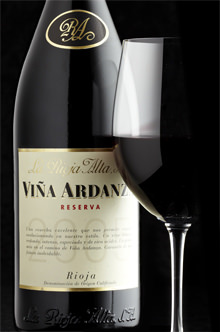 The 2008 vintage marks the 75th birthday for this classic oak-aged reserva from the famed La Rioja Alta. Fleshy, round and smooth, its time in barrel and bottle result in a wine of delicious complexity and balance. 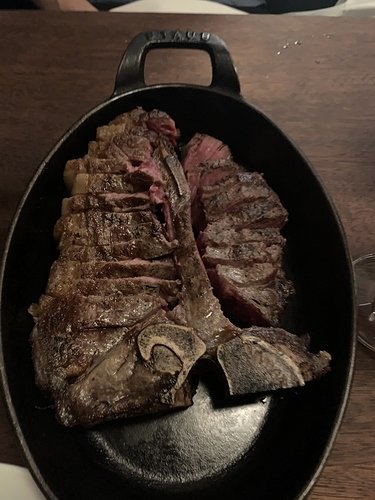 Not convinced that will be bettered by me this week… 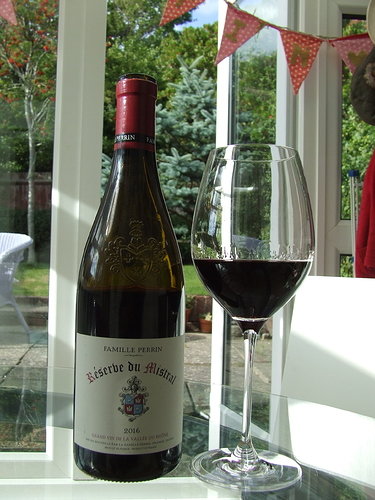 I know a number of people on the forum had it, and I have the distinct impression opinions were divided…? In any case, this is the 2016 and it’s just up our street/ticks our boxes/insert your own cliché.

Firstly, I like the fact that it’s only 13% - I’m not too enamoured with reds exceeding 14% (certain exceptions apply, of course!). It’s got a terrific nose - quite perfumed, with notes of plums, blackcurrants and pepper, as well as dried herbs - bayleaf and thyme, we thought. On the palate the first thing we noticed was its vibrancy - nothing flabby, jammy or overdone - rather, an enjoyable balance between ripe fruit (morello cherries, blackberries and plums) and a medium bodied mouthfeel. With time in the glass dried herbs notes come to the fore, as well as black pepper, liquorice and clove. It finishes on quite a tarry note, tannins are smooth, acidity medium.

Finish is medium - would have been nice if it lingered a little on the palate, but can’t really ask for more for just over £11… a satisfying midweek bottle, and will be lovely with our venison steaks and mash, I’m sure!

That Staub cast-iron pan is awesome.

I regret hugely not buying one like this at the outlet at Portsmouth in January last year when getting essentially 50% off when buying a cocotte.

It isn’t just Marlborough that makes great New Zealand sauvignon blanc! With peaches, lime and pineapple on the nose and a palate which is bone-dry and wonderfully refreshing, this Hawke’s Bay standard-bearer is a treat well worth your attention.

Lovely SB, really fruity but nuanced and with a bit of texture. Clearly well made.

Made by Jim Clendenen in the hills of Santa Barbara County, California, where the slopes are cooled by Pacific winds, this pinot shows great elegance and poise. A vibrant cherry and redcurrant perfume leads to fine tannins and summer-fruit intensity on the palate, with a hint of herbs and leather...

‘Poise and elegance’ is so far coming across as ‘a bit mean’. We will see if air and a brief trip to the fridge improve things.

Unfortunately (for me) it is the property of Hawksmoor Spitalfields.

Would be nice to have some for serving steaks and gratins at home.

On the eve of my 70th bd we are enjoying this with giant white beans, spiced tomato and garlic sauce and giant rigatoni! Lots of fresh herbs and big glasses! Parfait. 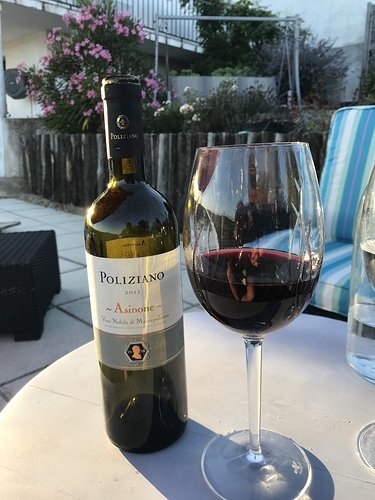 This wine is replete with dried fruit and all the Fresh dark fruits you can imagine …,yet it remains fresh and alive in abundance. We love it and sad to say it is the last bottle and I will not see out the next 70 years!

OK the ABC is better now - serve chilled and give it some air. Just BBQing dinner with a glass, listening to the blissful sound of sheep, doves and sleeping children

Thanks to some last minute cycling from one of their staff, my Nebbiolo tasting went ahead after all. A whistle stop tour of the North West of Italy was good fun, although occasionally could have done with a bbq’d veal chop.

Bags of redcurrant with a little bit of forrest floor, loads of acidity and fine tannins. It’s only £16 a bottle and for my money the best value of the night.

A bit more cherry, a bit more herbal on the nose. Richer, but more linear than the Donnas. Most other people on the tasting rated this the best value, but I found it less complex and didn’t give as much.

A step change in size of wine. Much bigger, fuller and more stereotypically Nebbiolo. Lots of cherries and christmas spice and an incredible length. Surprisingly young for a 2007, but drinking very well now.

On first tasting this I described it as “like the first one only with Soy Sauce”, and I stick to that. It’s got loads of redcurrant and red cherry, but then a massive tertiary kick to it. They’re not particularly well integrated (yet?) though.

WAY TO YOUNG! Much finer than any of the wines but also at least five years too young. The tannins and acid haven’t met at all yet. Much mellower than any of the others, with a lot more noticeable oak influence. Cherries, cranberries and raspberry seeds, this will be a great wine, but it isn’t yet.

Slightly upset by this one. I had it a couple of years ago when it first came on to the societies list and was blown away by it. Two years on and it’s started to fall apart a little. The tannins are a little more bitter and the acidity isn’t standing up to is so well. Still lovely, with dried dark fruit with leather and cedar, just not the wine it was a couple of years ago. Possibly time for a vintage change.

This lovely crozes ( which I posted only a few weeks ago) was accompanied by some tasty lamb wraps I made by roasting half a leg of organic lamb with spices.
The wine is all you want from a crozes, I you find it don’t hesitate and get a case. 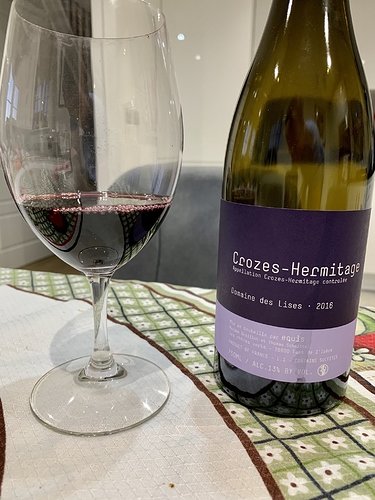 I forgot to post but last Saturday I opened this Pinot I just had delivered by the society red vans. I found it extremely pleasant ! Strawberries and cranberries, some subtle spice and an earthy note. Not overly complex but very enjoyable. Has anyone tried it?

Chile buyer Toby Morrhall has been enthusiastic about the rising quality of pinot noir and this, the first of two to be ‘Champed’ in 2020, is made from one of the best recent clones of the grape to give deep, ripe, juicy flavour.

Nice. I wonder how many have been robbed from Hawksmoor becuase they are preposterously expensive at full price.

I have a small cocotte for gratin. Perfect for two (or one if happy to put on mass)

Hoping for a solid sale in the new year and will stock up.