I went in to TSW recently and asked for some advice for alternates to classic old, oaked Rioja’s which I love as I have tried most of the Rioja’s they stock.

The first recommendation I got was the Alto Colchagua Koyle El Peuco 2013 from Chile. What an amazing disaster - nothing like a traditional oaked Rioja. A pleasant, drinkable wine but nothing like what I had asked for!

I’m going to avoid all the other recommendations I was given based n the Koyle.

I’m interested to know what other members experience of TWS staff advice is - do the staff actually know anything about wine or just pretend to be knowledgable?

That doesn’t sound good at all - did you contact Member Services about this? They’d be happy to sort it out and refund you for any bottles you tried that you didn’t like - it’s part of The Society’s Promise.

I hope other members do answer your question and post some replies about their experiences here, but in case it’s helpful, I can happily confirm all our wine advisers are WSET qualified and do genuinely care about recommending the right wine (no up-selling targets or anything like that here!) I speak from experience, as I spent 7 years as a wine adviser in Member Services and I know the whole team were genuinely passionate about trying to find the right wine for every query we received. I used to love it!

Obviously wine is subjective so sometimes the recommendation doesn’t work out, but I sincerely believe any suggestion is given in good faith and we’re always happy to hear from members when a recommendation isn’t enjoyed so we can put it right.

Although I haven’t yet had the cause to seek advice, I trust that those giving it know what they talk about, and are passionate about wine. Personally, I would never reach a conclusion on anything, based on a sample of one.

Why would you try the other recommendations if the first was so wide
of the mark?

asked for some advice for alternates to classic old, oaked Rioja’s

Well, I wasn’t there and we don’t know exactly what was said, but I wonder if asking for an alternative or alternate to to classic old, oaked Rioja caused the misunderstanding.

It seems @Treebs likes well oaked aged Rioja’s and would have been happy with something similar, but alternative can mean something not the same and alternate more strongly means not the same.

The recommended wine has some similarities in being mainly Tempranillo but has much less oak aging than Rioja and is blended with Mourvedre which is not a Rioja grape.

(unfortunately TWS website with its usual opaqueness doesn’t disclose the blend proportions or details of aging, and I can’t see El Peuco listed on the winery website.)

I’m not trying to second-guess what may have happened here, but recently we had an exchange on another thread about S. American producers tending to move away from the overtly oaky model of winemaking. I wonder if that might be a possible explanation here? If the advisor had had a previous vintage and was not aware of a later change in style by the winemaker perhaps?

I’m not sure that there’s anything like a Rioja, though other oaked Spanish tempranillos can approach them in style. I’m not really up on that style on the Society’s list outside Rioja, but I’m sure there must be some in there. Here’s to happier drinking!

There are plenty of different people working there, perhaps one person got the wrong end of the stick or maybe even made a mistake. If it’s is a recurring theme then perhaps think again but to dismiss an entire staff based on a sample of 1 experience seems a bit harsh

Something to ask in the upcoming AMA perhaps, very nicely…

Invitation to AMA: wedding and party wines with The Showroom's Marjorie Cropp Introductions

Our third Ask Me Anything is here just in time for wedding and summer party season! [image] Wednesday 16th May, 1-2pm: wedding/party wine AMA with The Showroom’s Marjorie Cropp The Showroom is so much more than just a place to pick up a few bottles of delicious wine. Here’s a little bit of background: Read this Day in the Life of the Showroom piece to get a feel for the heart and soul that goes into our Showroom team’s work Have a look at the Showroom page on the website, particularly the we…

I do think sometimes with recommendations from either staff or peers, it can be hit or miss as individual tastes vary. I’ve had some recommendations on here which have led me to purchase certain bottle that I most certainly wouldn’t try again. But also, I’ve found some real gems too. So as someone else has said, its very subjective.
If you were disappointed , then most certainly contact member services as they are always happy to help out in situations as this.

This was an interesting statement from Naked wines on twitter yesterday recommending in short ignoring professionals in favour of peers. Cant say I agree with it at all, and it caused quite the upset,

For the record I have never invented trends and never been paid for pushing people to certain wines. Care to elaborate on the allegations @NakedWines https://t.co/fAm1GozPdZ 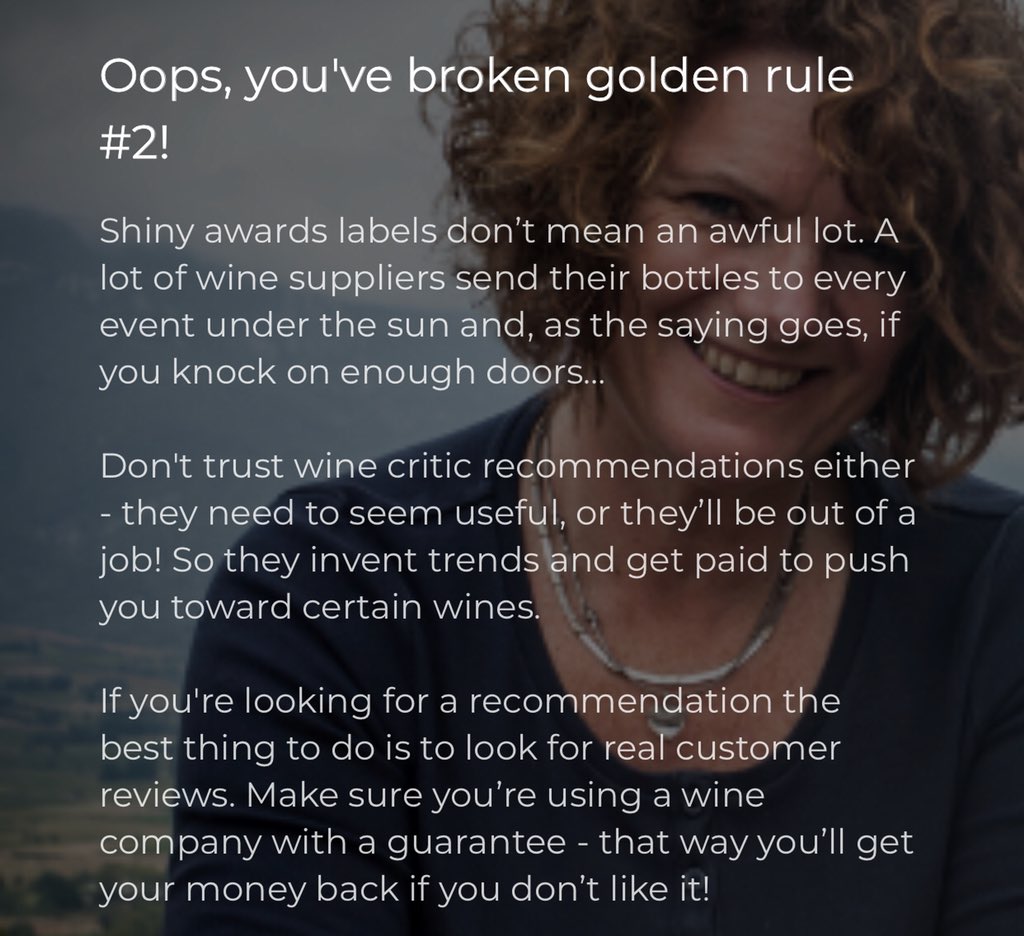 Oh wow - thanks @Leah - and I thought this community could get a bit bitchy!!!

I think that could be accurately described as a PR own goal by Naked. I’m guessing they haven’t been doing terribly well with the critics lately…

It would appear that’s the case @Bargainbob. Shame really, would be nice if they could all get along .

That really is atrocious PR! I’ve never really understood the allure of Naked wines, their offerings seem so overpriced for what they are. A few local indies and TWS seems to do me ok.

I also wonder if Katie Jones her image has been used for this as I doubt she would have the same opinion of wine critics.

Katie Jones did join one of the twitter threads to say that she was NOT involved in this, and even the CEO of Majestic had to admit that they had made a mistake AND this had nothing to do with the views of Katie

Katie sells her wines through many channels, including The Society and has many friends here and throughout the trade, including journalists

I think there’s some truth in what they’re saying, at least with regard to wine writers in The Middle-of-Nowhereshire Chronicle and any other non wine-specific publications that aren’t major newspapers. And I think all wine writers have a slightly over-generous definition of what constitutes a wine trend by the standards of the general public but, if they didn’t, they’d just have to write about Sauvignon Blanc, Malbec and Prosecco every week!
I’m also sure we’ve all had a few bad wines that had won one award or another… There was an article in Decanter a while back about how little sense the scoring systems in certain competitions mean

We/I have been there before on this the rise of an army of wine experts all giving what may be a genuine opinion has got not out of hand but over the top, we have seen the influence Robert Parker had on not just other critics but on wineries were they changed styles to fit in with trends set by Parker, not that I thought all Parker did was bad, far from it.

But the endless wine competitions dilute the awards given and the rant above is justified as in another piece I quoted the ex wine judge who said" a Gold Medal winning wine must have had a lot of people who didn’t like it" referring to the amount of competitions entered before it won anything.
This study showed the disdain given by experts for “amateurs” is badly mis judged… 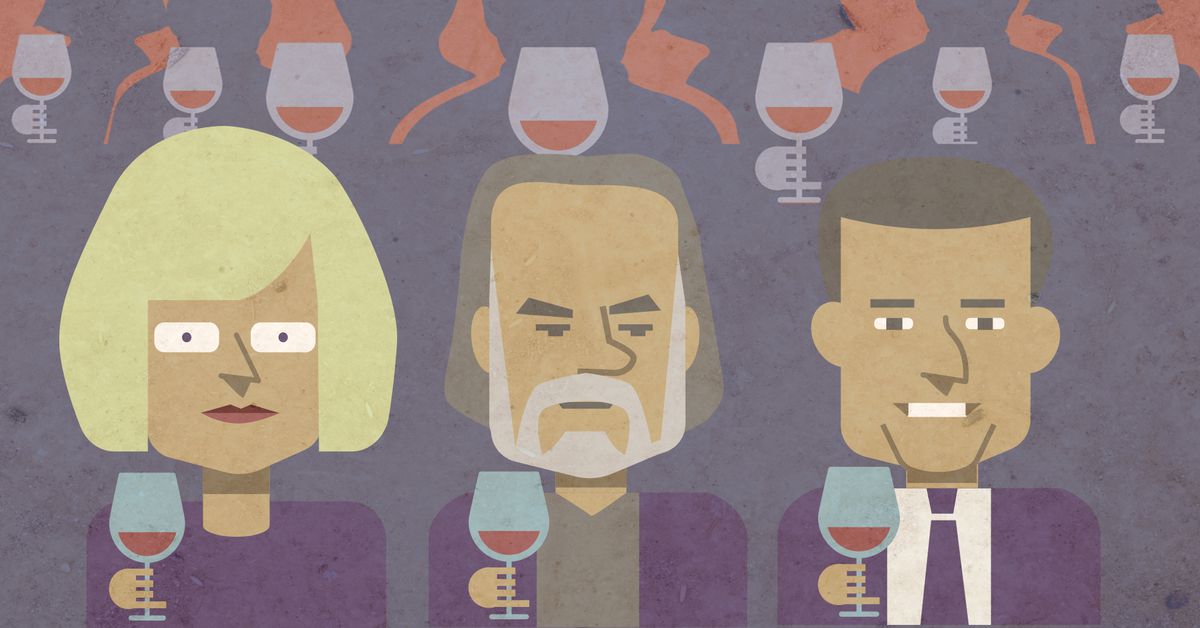 Why amateur wine scores are every bit as good as professionals’

If amateurs lacked wine expertise, we would expect to see little or no correlation with professionals. We saw just the opposite.

This is based on reviews on Cellartracker all amateurs, the difference on there is that people say what they personnaly feel about a wine ‘they’ have purchased with their own money and they give a view on occasions that a professional would not dare to give when giving a put down of a wine. 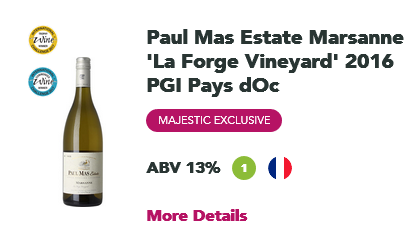 and this sort of thing is very confusing, two awards for the same wine at different levels, it means nothing, there are not as many examples of the two major wine competitions giving vastly different awards for the same wine now, it could be that the wineries see the farce of having a commended which means the wine is drinkable from say the WC and a Gold from Decanter, when both use committees of wine professionals MWs and MS plus everybody else who are supposed to be experts and get it completely upside down, plus all the wines have back ups and the tastings are reviewed by the same tasters.
This also, though from an American magazine, no reason they should not have a different slant, is worth a read and the links to the studies.

Should We Buy Expensive Wine?

A few months ago, the psychologist Richard Wiseman conducted a simple study about wine. He bought a wide variety of bottles at the local supermarket, from a $5 Bordeaux to a $50 champagne, and asked people to say which wine was more expensive. (All...

wine is perception on its deepest level. No one is really an expert, if you love wine you tend to love it because it’s a taste adventure.
It is quite simple really cheap or expensive if it gives you pleasure that should be enough, why over complicate things, it is a drink.
Sure we can all discuss the nuances and the way a wine is made all that is fascinating but once it is in the glass it is you who enjoys or otherwise, it is quite simple.