So this is a first for me creating a topic… EEEK… I miss travel… I miss walking through the vineyards and the wineries… So maybe we can share our travel memories to vineyards in the past, the photos, what you tasted and what you yearn to return to soon to these amazing places. 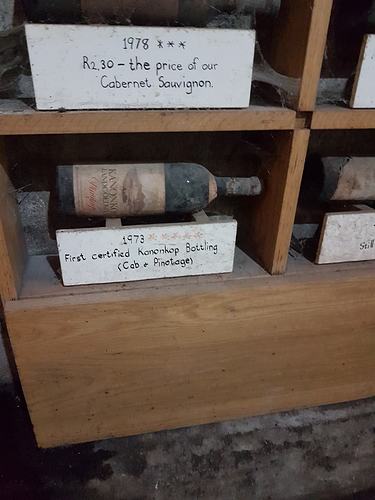 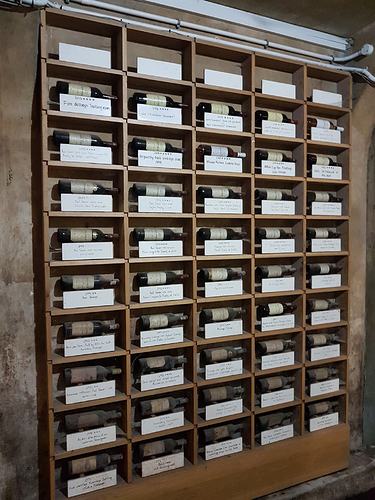 Walked around Clos Vougeot in March 2019. What a sight. Majestic, dominating, with a noble sweep.
Superb bottle of Hudelot Noellat back at the hotel after the visit.

Walked around Clos Vougeot in March 2019

Isn’t there something amazing about walking through vineyards and seeing those grapes and then tasting that wine!

seeing as you asked so nicely

This was the 2014 Harvest and the pinotage had just come in. That year the main cellar door was being renovated and they had a pop-up tasting facility round the back of the winery. TOH enjoying a few samples there… 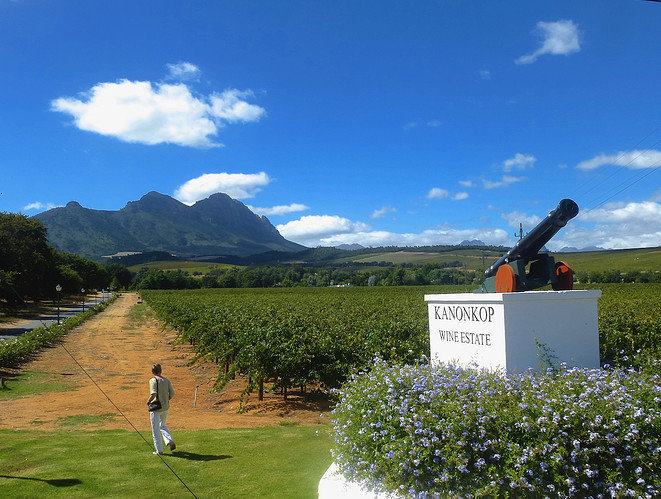 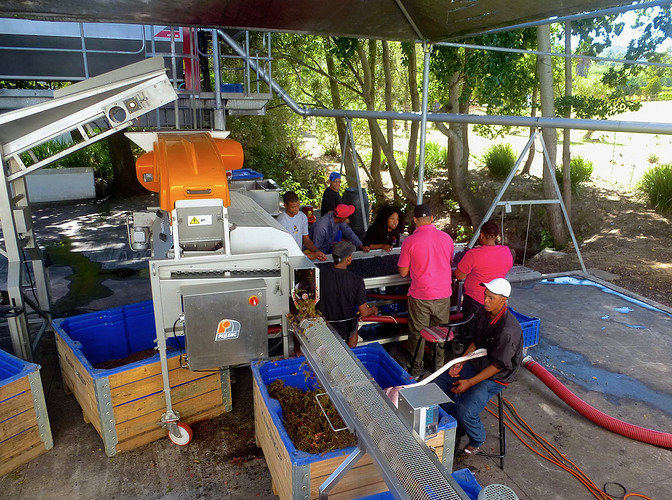 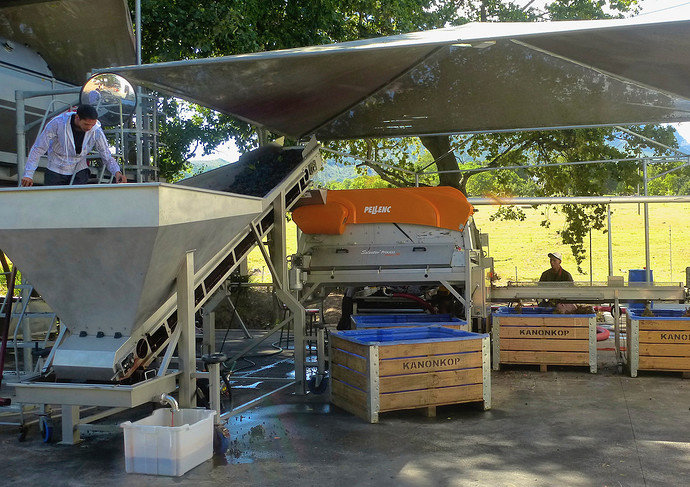 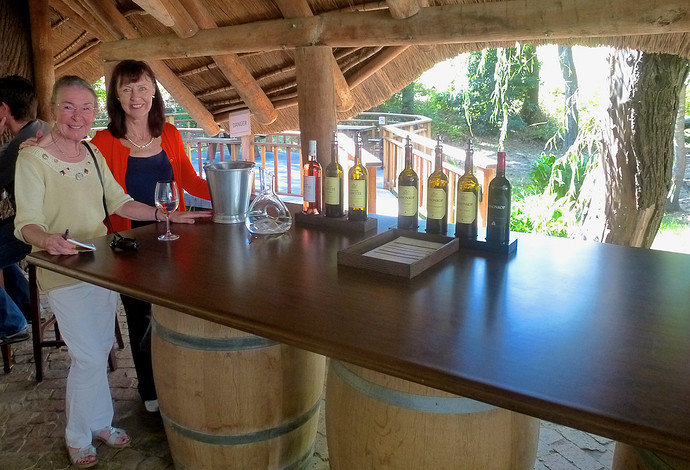 Ok then here’s one for you all.

Where’s this and what’s so special about it ? 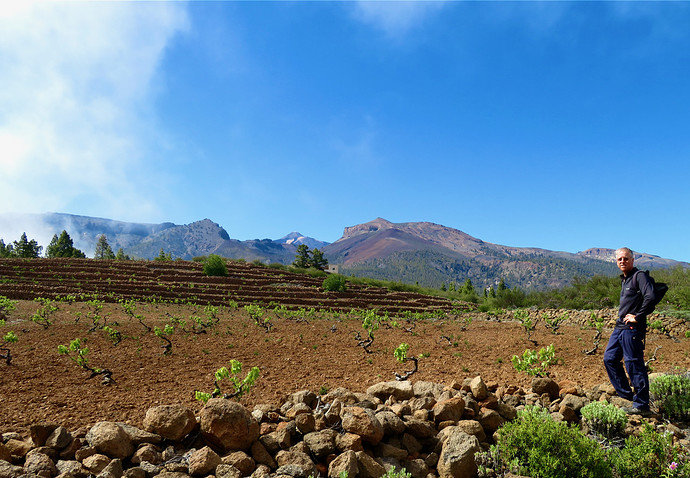 I would guess it is claimed to be the world’s highest vineyard. Guiness say the highest is in Tibet, but I don’t think that is it. Somewhere in the Andes?

I’ve got nothing, but that does look like a pretty high mountain in the background.

Gotta turn in now people so here’s the answer.

It’s officially the highest vineyard in “Europe” if you count geo-political considerations; on Tenerife. The give-away is the far-away shot of Mt Teide.

It’s owned by Bodega Frontos, and they are growing listan blanco up there.

Took us all day to find it, taking into account several wild goose chases and a 2 km hike on foot after our vehicle said - have mercy - no further…

I cheated, so not going to reveal the answer, but I suspect there’ll be a few on here who know it - let’s see!

So many great wine travel memories - the campsite at Santenay, going for a morning run through the vines; staying by the Russian River in California; roadtrip from Queensland to Sydney about 20 years ago, including tasting in the Hunter Valley; dropping in at Domaine de Chevalier and being treated to a really generous ad hoc tasting. I wouldn’t say we plan holidays around wine but a wine element usually creeps in.

With yesterday’s news, looks like a long-planned trip to Porto and the Duoro may be on this summer. Recommendations for places to stay or visit very welcome.

That’s Meerlust I think. It’s in a dip and difficult to get a pic of the building and the vines but here was my best effort 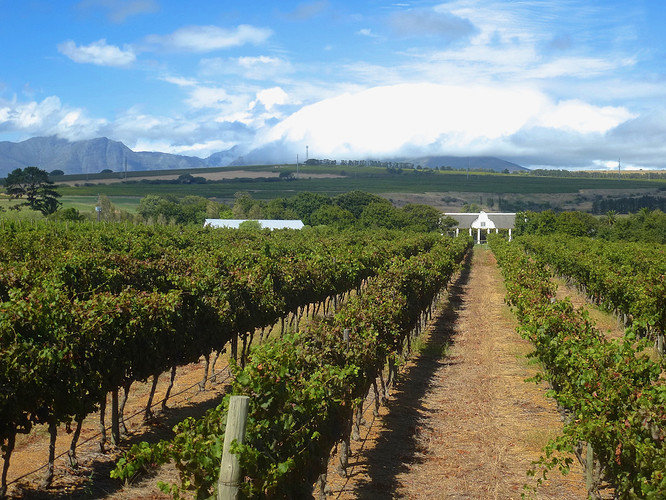 Recommendations for places to stay or visit very welcome.

If you have your own vehicle I would recommend basing yourself around Pinhao, and where better than take a room here https://www.quintadelarosa.com/quinta-de-la-rosa-rooms
Frome here a tour of the Douro up or down river is very feasible, but consider taking the train into Porto as parking there is crazy. And then of course wading into some serious Port tasting gets more attractive to boot !

Following on from my reply in the current offers thread on Rayne Vigneau. it’s also one of the best Vineyard tours I’ve ever done. Unfortunately Bordeaux is all about the “tour” rather than just visiting these days, but these guys got the balance right between tour and visit. They were also far more generous with the wines (both number of wines tried and pours of those wines, which wasn’t ideal as we were there at 10am!). 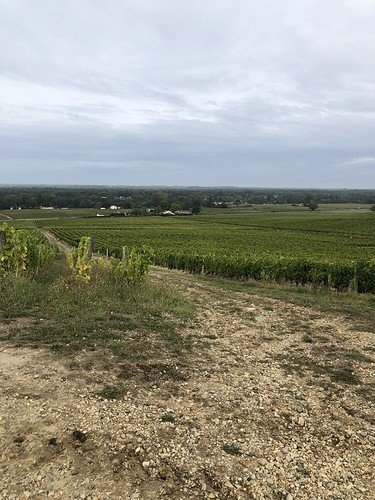 IMG_15603024×4032 4.22 MB
They’re kind of aware they should be set up for tourists, and there’s loads of really good artwork dotted around (and for some reason taxidermy birds) but also the tour was given by a very knowledgable and enthusiastic cellar hand. 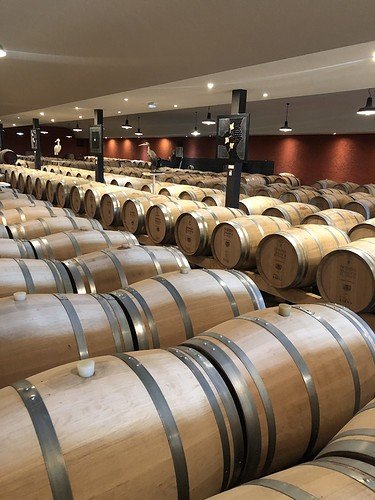 IMG_15613024×4032 2.84 MB
It’s not the prettiest of vineyards (as when the vineyard was sold, the owners kept the house) but really great insight into a lesser know 1er Cru Sauternes and Sauternes in general.

On the same day we visited Chateau Guiraud which had a nice restaurant (run by the people from Brasserie Bordelais in town) but wasn’t a great tour (and was mean with the tastings were a bit mean). On the way back into town we visited Larrivet Haut-Brion, which was a great tour, but then they just gave us a tiny taste of the 2013 Grand Vin which was predictably unpleasant. The poor woman giving the tour knew this but had clearly been told that’s what they had to give us.

Yup you are right - Meerlust. Its a beauty of a place.!

Yes, you’re right. seeing Clos Vougeot in March before budburst, when pruning shoots were still being burned in wheelbarrows at the end of rows meant that you could see to an extent the patchwork areas of soil types.
I also took a trip round the chateau and saw the medieval monks wine presses 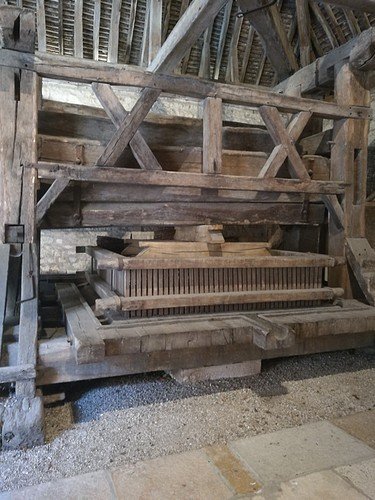 Recommendations for places to stay or visit very welcome.

Some suggestions on this thread:

A trip to Porto! Travel

Hi All! I’m off to Porto I’m a few weeks and I’m after some recommendations! We are staying in a vineyard; Quinta da Pacheca for a couple of nights before heading in to the city. Does anyone know any wine hot spots, or other vineyards we should visit? Jo