Ah, La Grande Boucle seems to be going ahead, to the delight (and frankly relief!) of all cycling fans amongst this community no doubt.

I recommend Ned Boulting and David Millar’s commentary on ITV four with often fantastic technical insight from people like Pippa York (once Robert Millar) and others during the day coverage. I have tried Eurosport but it’s often hackneyed (Drinking game - how many times the Eurosport commentator when talking about Vincenzo Nibali gets a twisted metaphoric reference to his nickname of ‘the Shark’ - take a sip. You’ll be drunk in no time).

It’s promising to be a potentially great year. Ineos are there but not quite as dominant as they might be. They’ve got some stars, but Froome and G are not going to be there. Bernal was not looking so good at the Dauphine, but he’s only just out of nappies so really, he’s an amazing talent. In fact, this year could be amazing just taking the Colombian talent around…

Jumbo Visma look really interesting. Primož Roglič is a hugely talented rider, at home in the mountains, and doing for Slovenian love of cycling what Sagan did for Slovakia. (Expect to have to look hard to see which flags are which). He crashed out in the Dauphine but hopefully he’ll be on the mend. As the first few stages of the Tour are notoriously crash-prone with the peleton being very twitchy, maybe it’s good to get an injury in early.
There’s also Domoulin and Kruijswijk, so good value.

EF Pro Cycling won the Dauphine (talking about Colombian talent) - there’s some good talented people in that team, and they’ve an excellent attitude - I like them and hope they do well. They were based on the old Garmin team and are very strictly clean. They do a lot of terrific youtube videos which are worth catching.

I’ve great respect for the very thoughtful and decent Roman Bardet of AG2R - really hope it might be his year in the podium. He’s a good sport and really goes for it. I remember watching the sufferfest that was the 2018 Tour Roubaix stage, where he got a puncture, made up time, then… got another. Again and again. Like Groundhog Day with cobbles. And bleeding elbows and knees.

There are greats like Julian Alaphillippe who always make things interesting. I remember watching him slow down and actually wait when Adam Yates crashed when they were both out ahead, decending on the 16th stage of the Tour de France from Carcassonne to Bagnères-de-Luchon in 2018. I enjoy when you have such talent but mixed with such sportsmanship. And another time he nicked the trident from the guy who dresses up as the Devil and took it up the hill. A very individual and brilliant rider who wears his heart on his sleeve.

And what wine will you be drinking in the evening to calm down?

Can’t wait! Saw it a couple of times in the past when on holiday. A fascinating event! The whole of France’s tourism budget spent in only three weeks!!

Would love to see a new name on the role of honour! 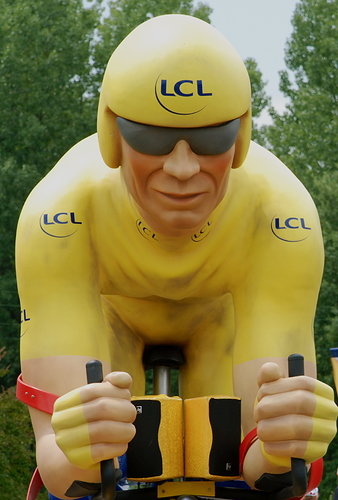 I’ll be watching (mostly highlights) when I can - but will also be doing a somewhat slower imitation out on the local roads whenever the weather is kind!

Either way it’s nearly September and my thoughts turn to more autumnal wines - so the Rhone reds will be getting pulled from the cellar after the summer recess. 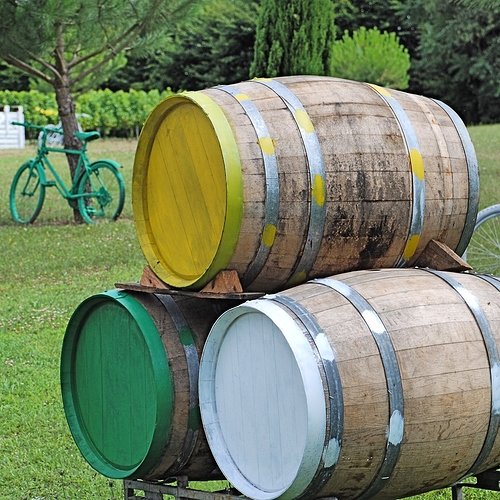 I too will follow the highlights of an evening. Anyone who can ride up those mountains without stopping deserves huge respect. I think the tour may produce a surprise winner as you say Ineos doesn’t appear as strong as in previous years.

I was gutted for Thibaut Pinot last year, just when it looked like there might actually be a French winner. And Alaphilippe was amazing. Hoping those two can light it up.

It’s not just the going up, which is in some ways the easy bit. It’s the terrifying speed with which they come down again!

Fair point…far too fast for my liking with so little protection as well. As a former cycle commuter I’ve come off more than once and at my relatively slow speeds it was bad enough. So kudos to these professionals who get back on as a matter of course.

Maybe a glass of Clos Fantine La Lanterne Rouge would do the trick.

A good summary that should wet everyone’s appetite!

This will be such a special edition of the TdF with so many riders primed to perform in this shortened and delayed Covid season, hoping we get a close contest and not dominated by a single rider/team.

For those interested, EF Pro Cycling also take part in what they call an Alternative Racing calendar, a great example of which was Lachlan Morton riding and winning the GBDuro event last year. There’s a great video report of his epic off road race across the UK.

I second the quality of the Boulting and David Millar commentary on ITV4, it really gives you the best insight into race and team tactics, so important when trying to make sense of a race as it happens. It is a universe away from some of the babbling on Eurosport by one particular anchor!

For those interested, EF Pro Cycling also take part in what they call an Alternative Racing calendar, a great example of which was Lachlan Morton riding and winning the GBDuro event last year.

Yes! I discovered their youtube channel some time ago. Some excellent films - much recommended to get a ‘backstage’ view to events like the Tour. One can have a lovely evening with a glass of something from the cellar, going through a few of these adventure films. Then plan to do one’s own adventures.

We are EF Pro Cycling. We’re pro athletes, cultural enthusiasts, and world travelers with a hunger for adventure. Everywhere we go, we bring the good vibes (...

I’d heard of the GBDuro and it’s run by some really excellent people. It’s here if anyone wants to look. They have a very different attitude to races than pro bike cycling. Hopefully groups like that will make pro cycling realise how away from any sort of environmental conciousness they are. They’re really thinking about the impact they have.
https://www.theracingcollective.com/gbduro.html#ethos

I have tried Eurosport but it’s often hackneyed

They have that commentator - I think it’s Carlton Kirby - he commentates on a very diverse range of sports - perhaps he just runs out of new things to say. Quite a job

Going past our door( well four kms away) on the Parthenay/ Saint Maixent Route, we’ll give you all a wave!

Thibaut Pinot I was rooting for at the end of the Dauphine, but really nice to see EF and Urán doing well. I’m also hopeful for Esteban Chaves, a fantastic rider and one who really, really deserves to do well after all the injuries and challenges he’s had.

Alaphillippe is just such a ray of optimism. He really goes for it and he brings a lightness and decency to the peleton.

I’m not really supporting teams, more into geeing on some really good riders.

Yes, I’ll be watching, probably for three or four hours each day, maybe more on the mountain stages. As always, recorded on a hard drive, and watched later in the day, so I can skim through the adverts.

Looks like a really tough tour too, and overall, one for the climbers. Head says Bernal or Roglic, heart says Pinot. Hopefully Pinot will finally get through a three week tour without getting injured or having a bad day. But does he have the team to help him pull off overall victory ? Maybe not but I’d still like to see Pinot Jaune !

Hopefully we’ll see Alaphilippe in yellow for a period too. Stage 2, a mountainous one around Nice, might suit that purpose. I’d also like to see Guillaume Martin get a top 10 finish too.

Although many stages stand out this year, stage 13 through the Massif Central, with 4400m total climbing, and an uphill finish looks unmissable. As does stage 17 with its mountain top finish at Meribel Col de la Loze.

It isn’t the most wine friendly TDF though. The stages above might see something grown around Puy de Dome or from Savoie opened on the day. Most likely, with bread, cheese and cold meats, if history’s anything to go by.

Fingers crossed, everyone makes it safely to Paris both for ‘on the road’ or ‘off the road’ reasons.

Anyone up for creating a stage-by-stage drinking guide? Good wines to drink that somehow go with the parcours or the theme? A good Pinot to drink on the stage when Thibault climbs tearfully into the DS’s car?

As always, recorded on a hard drive, and watched later in the day, so I can skim through the adverts.

Definitely, the thought of that bloody Peloton trainer guy shouting at those sad devils who’ve bought one in their living rooms is enough to make me want to throw the TV out of the window!

Can we have someone other that Peter Sagan in green, or at least competing for it, please?

[Disclaimer: I really like Peter Sagan, but he’s been practically uncontested most years in the past decade]

Lov e the idea of a drinking guide - but I’ll be taking nights off so non-alcoholic drinks too please!