Brill - ta v much for posting. I was annoyed with myself for missing the 2006 Hermitage last time so I’ve snaffled a few now!

Diolch. I have been looking for a hermitage to try out so am glad to take a couple of the 2006. Interesting to see JR suggests not keeping 2006 N.Rhones past 20 years and the normally conservative WS have a drinking window through to 2030.

I had my 2nd bottle of the 2006 Chave a few weeks ago - delicious, but fully ready. I don’t see any further improvement, so tuck in!

I just about missed the 2006 but thank you for posting!

Not to be pedantic, but St. Péray only produces white wines under the appellation rules…

Ah sold out already. I was lucky enough to bag one a while back and would love to have picked up a couple more! 2006 drinking very well now and a steal at that price!

Thanks Leah - same is true for Condrieu too I think?

The point I was trying to make is that (in my limited experience) quality seems to be more consistent in those smaller appellations - for red OR white wine - than in CH or St Joseph.

Of course there’s some amazing wine from CH and St Jo, but their size and variety of growing conditions means the quality feels a lot more variable.

This is made from 65% grenache and 15% mourvèdre and it is the mourvèdre which distinguishes Font de Michelle with its spicy elegance. The 2010 is juicy and very long

A lovely vintage for Vieux Télégraphe: all is balance, finesse and length of flavour. The tannins are ripe and rounded and there is an abundance of deep cherry-like fruit.

Made from a plot of 70-year-old vines close to the Côte Blonde, this is wonderfully refined, sleek, mineral and classy.

Wow if that VT was available at 35 that’s a bargain.
Al gone now. Anyone actually get it?

Looks like the 2018 Rhone EP wines have arrived and are about to hit reserves.

Unless I get an email to say something went wrong, I bagged 2 bottles thanks to Taffy’s tip off. Like a leaping wine-panther… 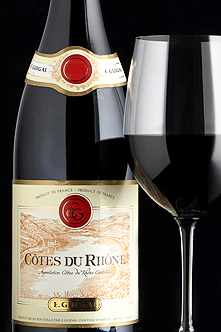 This exudes class, richness and concentration of flavour in this outstanding Rhône vintage. Full-bodied, richly textured and ripe.

Last autumn seemed to have gone into it’s shell.
Last night, very good indeed, it seems to have put on weight and is more than acceptable now. It strikes me that if a generic, all be it one of the very best CdR’s can do this, the bigger and better Southern Rhones from 2016 are going to be a real treat. 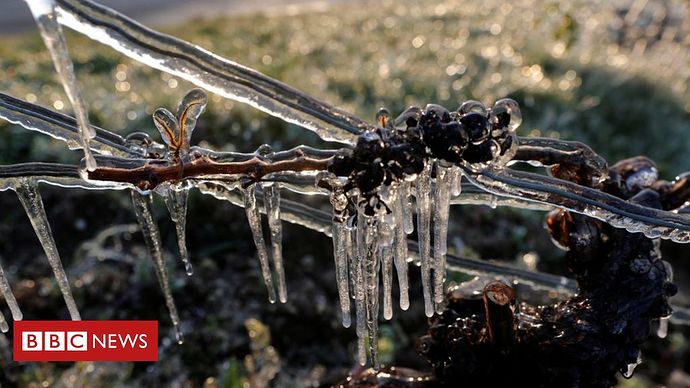 Save our wine! Big freeze spells disaster for French vineyards

Vineyards in some areas are reporting extensive damage and the government is declaring a disaster.

No doubt we shall hear much of this over the next year.
Cote Rotie hit particularly hard.
But next January we will have the Rhone 2020 EP vintage offer.
And the word is that 2020 is a good vintage in the Rhone but may not rival 2015 -2019.
If you have bought well from these 5 vintages, you may not need 2020 or even 2021.
Mother Nature has had her say this April, we needed a break and in January 2023 almost certainly will get it.
Maybe a good idea to take a look at remainder stocks for Burgundy, they have been decimated.
The upside may be that the Society will have good stock on order or in cellar, as Members we may have sufficient in reserves to see us through.
I do feel sorry for the winemakers who I buy from year on year, they will have tough times ahead of them.

UPDATE
Climens wiped out for 2021, Chianti suffered, Crozes hit, Cote Rotie up to 70% damaged.
Marsannay Longeroies - a disaster, down to - 6.5 deg C.

There’s a good overview and more articles in this thread, if anyone is interested

It is no coincidence that Chaillots vines form the base of this cuvée from one of the top estates in Cornas. This is deeply coloured and fruity, with flavours of blackberry and liquorice and a long satisfying finish.

A savoury, full-flavoured Rhône syrah from the house that was instrumental in creating the Crozes-Hermitage appellation. Much of the fruit for this cuvée comes from the celebrated Thalabert vineyard.

There is a pretty good case saving on this. Has anyone tried it? How does it compare to Thalabert?

This won’t ncessarily be much help, but I bought 6 of the 2010 of this when they popped up last year. I’ve had 3 of them and so far haven’t been massively impressed.

It may well be due to the vintage & age, but I was suprised at how evolved they are, and they seem a bit tired and slightly soupy, lacking freshness.

Unlikely to be such an issue with these, but from another hot year they may be better drunk sooner rather than later.

About a year ago I had a half bottle of 2015 les Jalets, which should have been a cracking vintage. I was also underwhelmed. I found it a bit thin and non-descript to be honest. It was only a half so didn’t have the patience to let it breathe to see if it improved.

That makes things fairly easy, seeing as I have plenty of wine already and not a huge amount of storage space. More opportunity to try other things.