The Off The Beaten Track #TWSTaste

Welcome to the Easter TWS Taste event of 29th March.

Some unusual wines tonight and hopefully a fun and informal gathering of friends to taste them and comment.

Tonight we will be tasting these wines. Taste with us, or follow along, and if you like the sounds of the wines, you can maybe get hold of them for yourself and leave us your thoughts.

A delightful Greek rarity from organic grapes in the north Peloponnese. This has a fragrant cherry-scented bouquet and a gentle, spicy, elegant palate.There are less than four hectares of the black kalavryta grape worldwide and producer Tetramythos is the only one to bottle it on its own.

The tasting will start shortly. If you are logging in to take part, please say “HELLO”

Hello from Joy and Alan

Just got home 10 minutes ago from Berlin. Wines are now open and ready

Hi, first time I am joining not at the half an hour mark

I also have Mr. Laura here too tasting along with us so there’s lots of us taking part this time!

Me and my better half in attendance. White is chilled and waiting, red has been decanted for ~1hr and is ready to go.

under starters orders here too…

Right - in the absence of @ewan in his Master of Ceremonies role, tonight we are in the capable hands of @martin_brown as tasting leader. LOTS to talk about

Ok, time for some info on wine number one!

Due to a labelling issue (now sorted) on the 2014, we released the 2015 earlier and have since gone back to the 2014. So tasters may have one or the other. This shouldn’t detract from our discussions, but if there is the odd contradiction in what we say / you think or vice versa, we all know where we stand  Of course, being a seasoned professional, I have managed to procure a glass of each, just in case we find any particularly striking discrepancies! 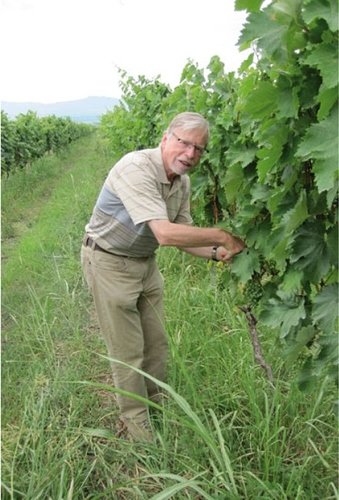 Burkhard Schuchmann founded this winery at Telavi in the heart of Kakheti, Georgia’s premier wine region, in 2008. 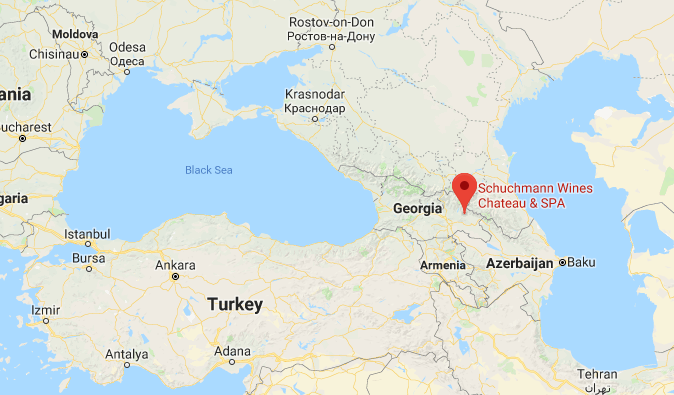 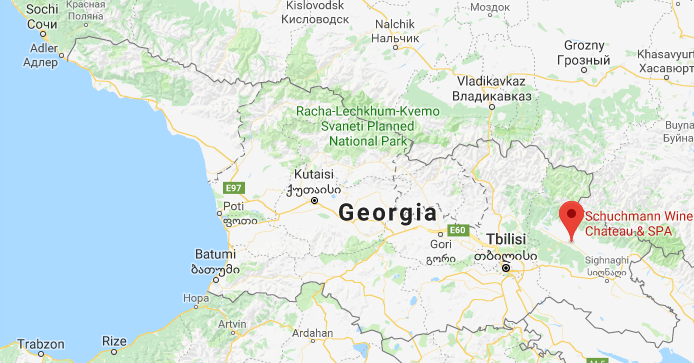 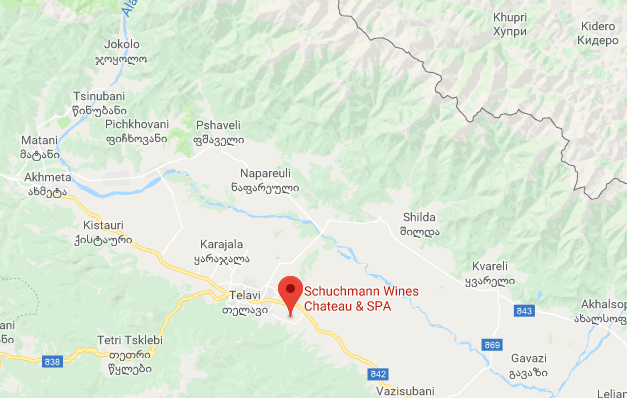 Burkhard’s aim was to specialise in top-quality wines from local grape varieties, and this has been achieved with the help of experienced winemaker Giorgi Dakishvili. 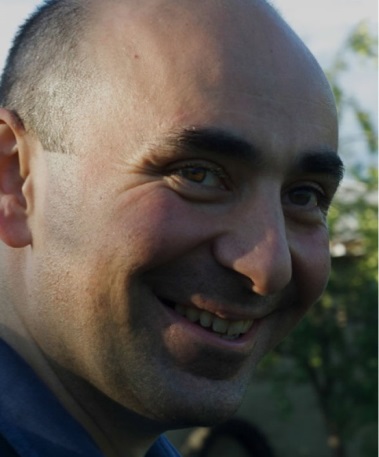 They currently own 60 hectares of vineyards (the oldest planted in 1986), an up-to-date winery, a hotel and a restaurant, all happily placed near the vineyards close to the Caucasus mountains.
They produce two separate ranges of wines: those fermented in stainless steel under the Schuchmann label, of which this is one, and those fermented in qvevri (large clay amphoras buried in the earth) and aged in oak under the Vinoterra label (we sold their Saperavi Kakhetian Dry Red Vinoterra 2014 last year).

Perhaps the first thing to say about this part of Georgia is that it’s the oldest wine region in the world! Wine has been made in this neck of the woods for some 8,000 years.

This map shows (allegedly) the spread of viticulture and wine to the western world from their Georgian roots. 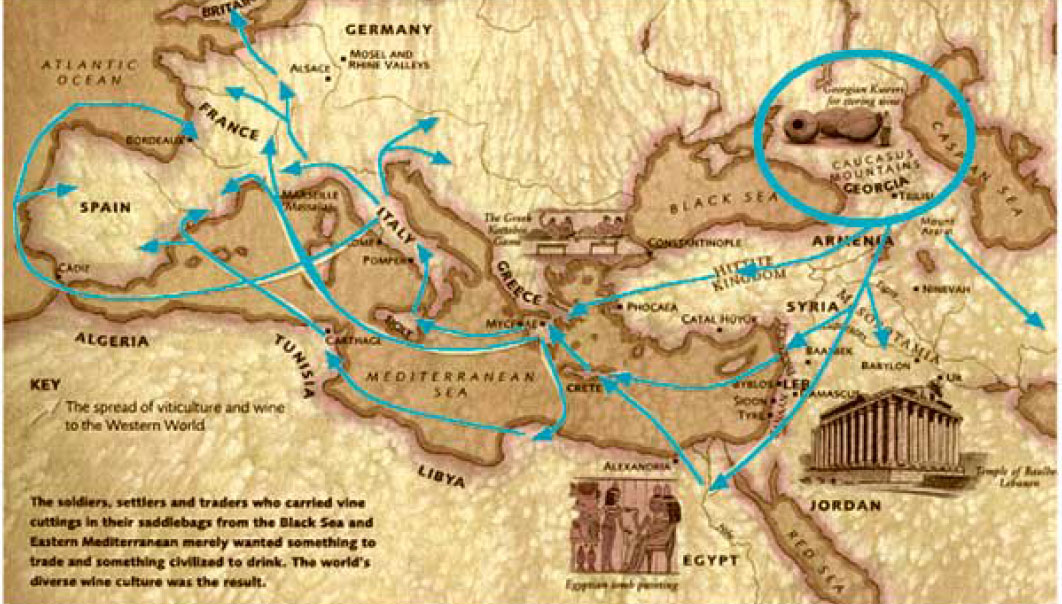 The local Georgian varieties have proved that they work very well here when cultivated for quality rather than volume. The full name of this grape is mtsvane Kakhuri, meaning ‘Kakhetian green’, and as a variety tends to have more depth body and finesse than the more widely planted rkatsiteli (we hope you’ve got your teeth in when pronouncing these names!).

As mentioned, Schuchmann currently have 60 ha (c.150 acres) under vine. Of these, 40 are devoted to the red saperavi, 9 to the aforementioned rkatsiteli, with the remaining 11 given over to chardonnay, mtsvane, kisi, malbec, merlot, cab sauv and cab franc.

The Jancis/Julia/José tome ‘Wine Grapes’ describes wines made with mtsvane as typically having “fresh citrus aromas, some tropical fruit notes, relatively high alcohol (we’re talking 13.5% with the 2014 and 13% with the 2015 of this one) and crisp acidity.”

Schuchmann describes theirs in this way: “The modern version has a chardonnay-like quality to it, showing apple and pear on the nose with good intensity. The palate offered apple and peach flavours, with the peach lingering on the finish.

Sniff ye, swirl ye and let us know what you think!

Hold your horses Alan! The night is young!