Tempier Rose 2019 in the house

I remember last year this went quickly, so here’s the heads up! I have some 2019 already, but paid 27 per unit for mine. Well done as usual TWS! 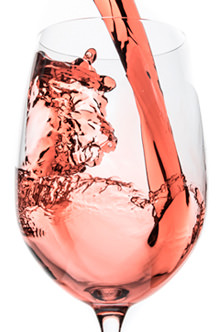 Cheers! For those what likes that sort of thing, it ain’t just the rose that’s arrived. Blanc 2018 (3 bottle limit); standard red 16; Tourtine 16 and Cabassaou (3 bottle limit). The latter will probably be the best wine you taste in 2046…

Damn. If it came in 6-packs, I’d probably put some of the red in reserves, using my imaginary Bordeaux en primeur budget…

Great spot. 2016 hailed as one of the best ever so I’ve gone for some some Classic and Cabassaou. The white was decent but not worth the price IMO, same for the rosé.

PS - I have a feeling the July Fine Wine list is going to ruin me.

I have to ask - are there rosés that cost lest and you think are better? Though I think it needs a few years and tasting it immediately is misleading (which makes vintage a bit of a lottery because you have to buy it blind). I tend to agree about the white, but I’m not sure I’ve ever had clairette I’d want to pay that much for.

I think either of the Chateau du Galoupet wines listed at 13.50 and 14.50 are very similar in style and half the price.

I also love the Ollieux Romanis Rosé at 10.95 a bottle if you’re after those typical south of France garrigue notes and a little more body than the usual Provence fare.

I like Galoupet, but have only ever drunk it young. Have you tried keeping one a few years? To be honest the trouble with comparing Tempier to other rosé is that I never drink Tempier young and don’t tend to age others (other than accidentally).

No I haven’t. But I’ll be honest, I’m really not in the business of aging rosé!

I know the Galoupet white ages well, so it might be worth a go on the rosé and seeing how it ages? It’s certainly got the Tempier body and mouthfeel.

Fair enough; neither am I for the most part. But with Tempier I’m confident from experience it’ll be delicious after 5 years and better than it is now. In fact I kept back a 2011 I drank last week that might have been even better.

As the Cabassou is limited to 3, you can put 3 in reserves. Need to ask member services to do it as the website won’t let you.

I’d love to, but for per-bottle spend that one’s out of my reach.

It’s a shame, because they did a mixed case of 2015 reds last time - 2 each of the regular, the Migoua and the Tourtine - which I bought and could just about consider buying again, instead of a load of claret.

Ah well, it’s kind of a relief … because I probably would have bought some claret as well anyway.

Was sad not to see a mixed case too.

Excellent taste! That is an amazing wine. I’ve put some into reserves this year - it really improves with a bit of bottle age - more complex and rounded.