Please can you help?

I’m trying to create tasting route for a whopping 90 wines next week! I’m a bit foxed by the reds and really don’t want to taste something that is a bit bland because of the previous category - I think the whites are sorted as these are far more straight forward.

What are you looking for? A suggestion of the order in which to taste each of the (red) categories?

That said, I’ve never attempted a tasting on such a gargantuan scale and I’m sure plenty of others here would be better placed to advise. I would say I hope you have a great time, but with that kind of lineup it’s pretty much a given!

when you say Italian Nebbiolo, are you sticking to Langhe/Barolo or are you going north to Vercelli/Novara/Valtellina?

I’m not much of an italian drinker

You could easily get converted - good Brunello and Italian nebbiolo are just heavenly. When you get to the nebbiolo do try Ghemme and Langhe, as well as Barolo, as there are some cracking wines there.

Does Amarone have to be in the second group? I would try that just before dessert… Also think Nebbiolo is too early.

What’s the budget per bottle for each of your categories? I can’t see how that wouldn’t affect the tasting order. Also is the German Riesling trocken, halbtrocken, feinherb or lieblich? – that will affect the order, too.

Is this a tasting you’re hosting or one you’re attending? I never knew you could get Chinese Cabernet! Will have to read up on that, sounds interesting!

It’s the decanter fine wine tasting next sat. 600 wines! It’s an untasteable number even if you’re a machine so I’ve picked 90 out + 2 masterclasss (chablis and chinese bordeaux blends) which are conveniently at the beginning and half way point so whites and lighter reds in the first half, big reds and dessert wines in the second. I’ll be tasting for a solid 6 hours but i imagine it’ll go much faster.

I am shallow…price did affect what i chose but i thought it is a fine show so pick the stuff you wouldn’t taste every day. There’s plenty of classed growths, grand and premier crus, eye wateringly priced napa cabernet etc.

I think the only real task is keeping the girlfriend from falling over the crackers and water table (which nearly happened at a ws tasting!)

Mainly barolo…i knows it’s tannic but surprisingly light bodied from the one I’ve had.

Just for comparison, I needed 3 hours to go through the 56 wines at the TWS press tasting… you will need that fry up afterwards

Ha well we have done ‘extended’ tastings before but we have about 4 hours and have priority wines so we’ll get through them. Not sure how much a fry up in Marylebone is though…!

Over 100 wines tasted (many swallowed, accidentally)

The event was very very well run the 2018 event has been announced for november and I’d recommend it.

There were sadly just too many to attempt, in fact i only managed 2 of 3 rooms!

2 outstanding wines of the day

Most interesting…a white cabernet from changyu-moser. Just so delicious and substantial. If you’re a fan of white rhone or big rose, this table white was everything you’re looking for. The body and fruit of a red and delicacy of a white. 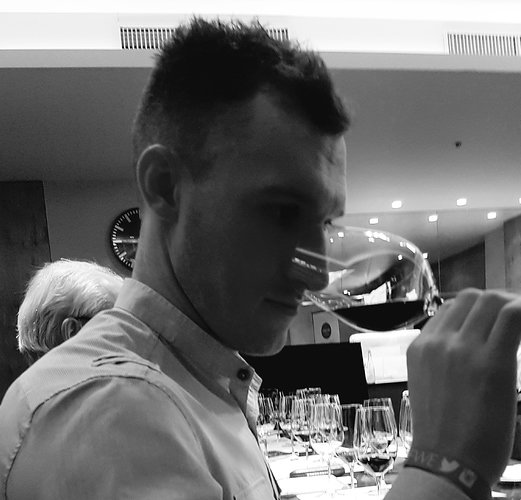 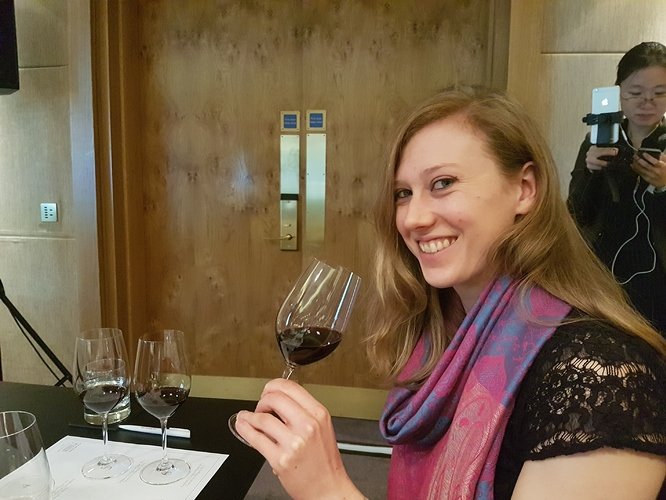 How did the Aussie Riesling’s stack up against the Germans?

I’d be interested to hear if, in hindsight, you would have changed your order of tasting. I would have suggested doing the Aussies first as they don’t typically have the weight of some of the other whites you were tasting.

Tragically, being selective i did omit oz riesling as being a fine wine show i prioritised the stuff i would only get as a once in a while like classed growth Bordeaux, pricey napa, prestigious Rhone etc.

Of the oz rieslings I’ve had the fruit characteristics are often way more ripe and far more body but i prefer the elegance and delicacy of german styles.

Be nice to see an annual summer festival for tws where you could have growers from everywhere. Somewhere near stevenage. Maybe not 600 wines but a couple of hundred + beers + other stock.