Summertime and the reading is easy

… especially when you can do it outdoors!

I thought it would be nice to hear what people are reading this summer - and not necessarily wine related books. I have picked up at least three recommendations from a previous thread, so hoping for your inspiration!

I’m currently re-reading a fascinating (and at times a tad controversial) book called Prisoners of Geography: Ten Maps That Tell You Everything You Need to Know About Global Politics:

The book suggests some thought-provoking connections between certain political decisions and geography of a given country. Well-worth a read (and re-read!).

Very well-written, and the section about blind tasting is really interesting.

The other half had just finished the 7th book in the Anthony Powell series Dance to the Music of time, and is currently splitting his time between giggling to Linguistic Categorization and sighing at David Nobbs’ The Complete Pratt. Or is it the other way round…?

What are you reading currently?

I’m currently reading a recent Barbara Kingsolver novel, “Unsheltered”. Nearly half-way through it now. It’s easy to read and quite entertaining, but I’m not sure yet how highly I rate it. I’ve enjoyed several of her books but none has ever reached the level of “The Poisonwood Bible” which I thought was excellent. Jury still out!

Slightly sad really; I’ve just recently finished The Quarry, Iain Banks’ last book finished just a month or two before his death. Leaving just one of his books to read out of both his Iain Banks and Iain M Banks works. Will be terribly sad when I finish that last one. 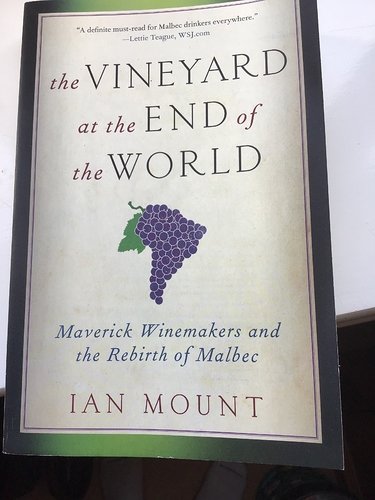 image2448×3264 1.72 MB
I am reading the Vineyard at the End of the World by US writer Ian Mount. It combines wine with social history, telling the story of a wine industry developed by immigrants, destroyed by politics and changing habits, and then reborn into today’s Argentine industry. An interesting read.
3 Likes
TomS June 30, 2019, 1:51pm #5

I’m off to Uzbekistan in September for a 10-day trip along the Silk Road, and I’ve been reading as many books about the country as I can find. So far it’s been mostly non-fiction but I’ve also read three novels by the award-winning Uzbek writer Hamid Ismailov. Still a couple more books to track down before I go, one of them is by the former British ambassador to Uzbekistan who was thrown out of the country for exposing human rights violations.

Out of curiosity I googled ‘wines of Uzbekistan’. I wasn’t expecting to find much but it seems that that part of Central Asia has a long winemaking tradition. It suffered from neglect during the Soviet era, but there’s now a government-led initiative to reinvigorate the industry. So a visit to the ‘Hovrenko Wine Factory’ in Samarkand could be on the cards.

Wow! That sounds amazing…! Hope you have a fascinating and enjoyable trip. Maybe you can post about it when you’re back?

Speaking of the Silk Road - this was one of my favourite history reads a couple years ago:

I can’t recommend it highly enough! An excellent read offering an alternative to the usual Euro-centric view of history.

A fellow-traveller a few years ago recommended a book that became one of my favourites and which I recommend to everyone: Simon Montefiore’s “Sashenka”. It’s the first of a trilogy about a related group of people surviving (or not) in Russia from just before the revolution to the 21st century.

Have just started a new wine book called ‘Godforsaken Grapes: A Slightly Tipsy Journey through the World of Strange, Obscure, and Underappreciated Wine’:

It’s looking to be a fun and interesting read. Would suit anyone who, like me, is slightly obsessed with unusual or obscure grapes

Ooh, I can think of a few people who would enjoy a copy of that (myself included!) Thanks for the tip.

I’m getting into thrillers at the moment. Currently reading Claire Allen and really enjoying her writing but I’d love any other recommendations of nerve-biting thrillers - especially written by women!

‘The Buried Giant’ by Kazuo Ishiguro.

A very deserved Nobel prize for this fellow. Still thinking about it.

I’m on my 69th Maigret - which proves another fabulous, slow burning murder mystery. As always, I’m totally in awe of Simenon’s descriptions of Paris during various seasons… it’s so evocative, including his descriptions of food and cooking (last night it was Mrs Maigret’s chicken with tarragon) and wine (oh, he loves his Sancerre!)… just fabulous. I almost don’t care whodunit!

I’d love any other recommendations of nerve-biting thrillers

Not sure if it qualifies for ‘nail biting’ but I really enjoyed a couple Maisie Dobbs thrillers by Jacqueline Winspear, as recommended by @JayKay. Especially enjoyed Amongst the Mad.

‘The Buried Giant’ by Kazuo Ishiguro.

No one in my immediate family liked it. My sister in law - who loved Never Let Me Go and Remains of the Day was utterly baffled by me eulogising about The Buried Giant. My other half couldn’t finish it… I thought it was an incredible piece of writing! And like you, it stayed with me for ages after.

Perhaps would appeal to people who love fantasy writing, too? It’s quite an unusual novel.

I couldn’t finish the buried giant, but did like his other books.

I’m just started reading Life and Fate by Vasily Grossman. I heard the sequel (prequel?) to this book recommended on radio 4 and in The Economist. But everyone seemed to rave about Life and Fate.

Perhaps would appeal to people who love fantasy writing, too? It’s quite an unusual novel.

That’s an interesting observation. I remember - several years ago - there was a discussion on Radio 4 between Kazuo Ishiguro and Neil Gaiman - both expressed their frustration that readers wanted their works to conform to “genres”.

My next effort will be “Swing Time” by Zadie Smith, but I haven’t started it yet.

To give credit where it’s due - it was my other half who made this observation. He felt that my deep enjoyment of the book was rooted in its somewhat ‘fantastical’ world, which he just didn’t connect to (his distaste for the fantasy genre cannot be overstated!), but which appeals to me. There are elements in this book that are perhaps different from other Ishiguro books, as quite a few family members who tried it did not get on with it at all.

You can’t blame Ishiguro (or any writer, really) for disliking the ‘genre’ straightjacket, though. 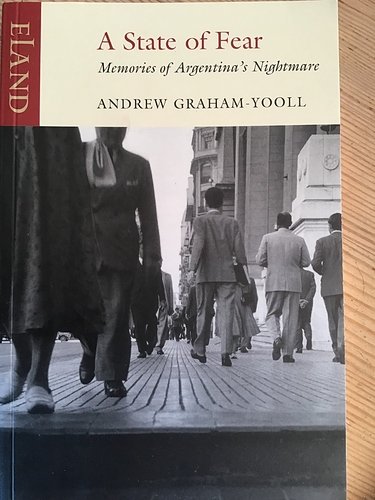 image2448×3264 1.96 MB
Sorry for a second book but I thought this an interesting addition that Members might not always consider. Andrew passed away last week but I was fortunate enough to have met him briefly last year. His death was widely reported in the Argentine press despite his British roots as he was one of the few individuals who continued reporting within the country on the horrors of the period between 1973 and 1983. He was the News Editor for the Buenos Aires Herald - an English language publication that still exists although it is now only published on a weekly basis.
Whilst many think that this was just about a military junta - and to be fair that is the main theme in the book - the left wing terrorist groups backed by Cuba and Russia also committed their fair share of atrocities.
The FT described the book as ‘the quintessence of how an award Argentine lived in those days of violence. It is a small masterpiece’ whilst Nicholas Shakespeare oF The Times described it as ‘One of the most affecting books I have ever read’.
3 Likes
cgoldin July 12, 2019, 8:05pm #17

Thanks for the suggestion.

I would add the following on the same subject which I read many years ago and recommend highly, Jacobo Timerman’s Prisoner Without A Name Cell without a Number:

warning: its not summertime reading!

Will definitely order this, thanks. If you haven’t read it already, this is one of the best books that I have ever read, about the same period and events. 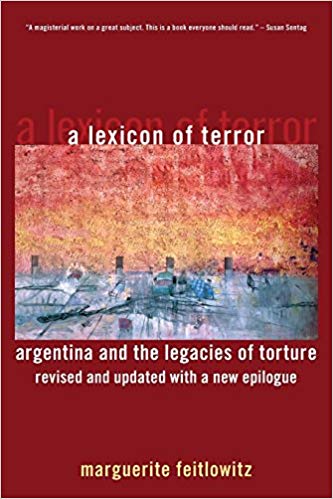 Also second the recommendation of Timerman’s book and while we’re on the subject, this is probably as disturbing an account of the era as anything out there. 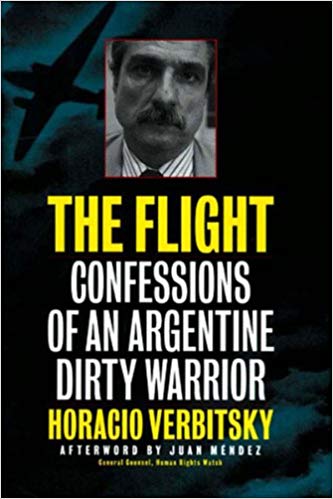 Bit of serendipity - the sort I really like; one of the chapters I just started in this enjoyable and eye-opening book, has the author visiting Roland Velich, of Moric (one of the wines tasted in the recent #twstaste, in case you missed the thread) , and tasting through his selection of Blaufränkisch wines. Needless to say, the author was swooning over the wines, and over Velich’s passion for making them.

They were also discussing a ‘famous rant’ by Robert Parker, where he attacked some sommeliers for their rising interest in what he termed “Godforsaken grapes” - which is where Wilson gets the name of his book from. Blaufränkisch was one of the grapes he named.

I wonder if anyone has ever read this ‘rant’…? Apparently Parker went a little nuts with his description of people’s interest in grapes that are not so known, comparing them, amongst other things, to the North Korean leader

Anyway, More of Moric would be great!

I’ve a feeling it’s on his own website, @Inbar, so likely to be behind a paywall. @peterm has written about it so can probably advise.

But it got quite a lot of coverage. I thought that this engagement was one of the more blanced responses - Debating Robert Parker