Road Cycling’s classic season is now underway with the Omloop and KBK last weekend (should’ve suggested some beers!) and the race around the white roads of Tuscany this Sat. 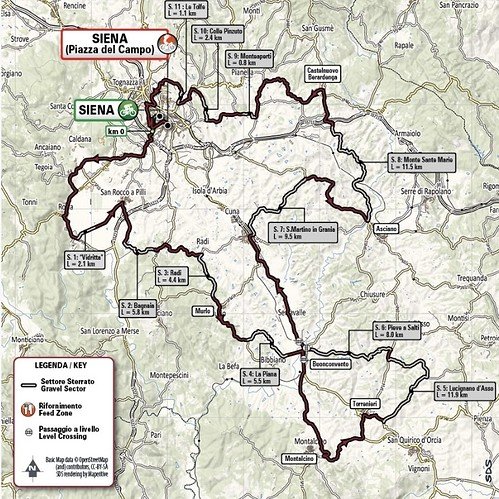 I hope this is ok, I thought it might be fun to suggest a bottle or two to enjoy along with the race.

First up from me would be a Chianti or maybe this one ( Rosso di Montalcino, Gianni Brunelli 2018) from the Society stocks.

The Gianni Brunelli Rosso di Montalcino is a cracking wine so a good shout. Given that we’re going south of Sienna, it’d have to be a Chianti Colli Senesi. Looking at the route it also goes through DOC Orcia, which I’ve never tried.

I wonder if I can hunt one down (or at least a Colli Senesi, I’ve been meaning to explore non Classico/Rufina Chianti’s).

Great stuff. Thanks for the suggestion. Guess I might be stuck to the supermarket hunting grounds given lack of time though

VdP likely to be favourite, but things aren’t going to be straightforward as he will be a marked man and folks won’t want to work with him if he gets into a small leading group. Bit like the problems faced by Sagan and Cancellara in the past.

Hope to include a post about the women’s race later.

I watch the grand tours every year but not the spring classics - they used to be a regular Saturday ritual when I was growing up in Ireland in the 80s and early 90s, RTE had live cycling most weekends at that time.

Would love to watch the likes of the Paris-Roubaix or Liege-Bastogne-Liege again. Are they all on Eurosport?

I know Giovanni Manetti of Fontodi is heavily into l’eroica; loves it in fact, and waxes lyrical about his old bike

May be a different race, slightly further north, but I’ll have a Fontodi Chianti as a memory.

Great stuff! The Strade Bianchi looks well worth watching too. Might have to subscribe to Eurosport to get me through the last few months of lockdown.

Oh, we peaked too soon! We had a Col di Lamo Rosso di Montalcino last weekend. Good but not great. Is there somewhere online to watch the race?

Thanks for the heads up, Strade Bianchi is a beautiful race to watch travelogue-wise. Fingers crossed the weather will be good to show the scenery at its best. No matter if it rains though as the gravel sections alone should still provide some dramatic TV.

@JayKay, as far as I could find out, both the men’s and women’s races will be covered live on Eurosport and also online on Eurosport Player and GCN+. Unfortunately all require subscriptions though. Sometimes their coverage is uploaded onto YouTube shortly afterwards though.

I’ll likely record the coverage and watch it later in the evening with a bottle of Chianti and a frozen lasagne to accompany.

Edit- obviously the lasagne will be cooked before consumption !

Fingers crossed the weather will be good

unless you’d like to see a repeat of the epic Giro stage in 2010 that went over the strade bianche turned into a mudfest. Unsurprisingly won by ex-MTBer and World Champion at the time Cadel Evans, surely one of his most memorable wins .

now THAT was a stage. Totally changed the public perception of Cuddles Evans, from wheelsucker to swashbuckler

Thanks for reminding me of that, I’ll watch it on Friday as an hors d’oeuvres !

True - for a few years in the mid-80s Ireland had some of the very best cyclists in the world. As @strawpig says we’ve got some decent riders again now but don’t think we’ll ever emulate those amazing years of Kelly and Roche.

Women’s race also on Eurosport- Annamiek Van Vleuten has won the last two editions and had to be favourite, but other past winners are here with a good chance - Anna van der Breggen & Lizzie Deignan and Elisa Longo Borghini of Trek-Segafredo. 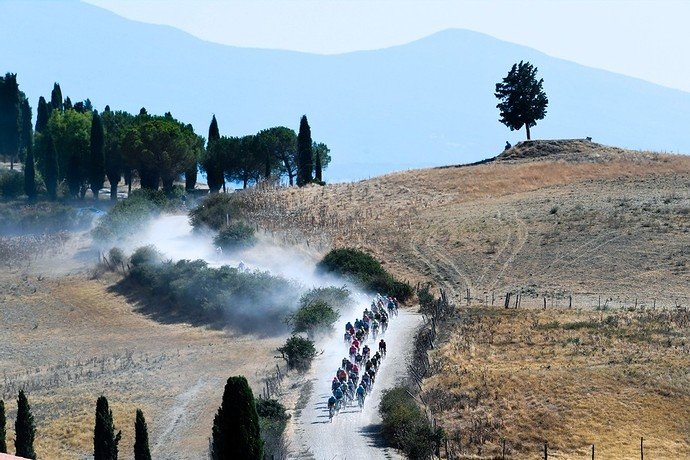