Sexism in the craft beer industry

(Taking my Community Manager hat off for this, posting my personal thoughts on an interesting debate rather than anything on behalf of TWS!)

The handball uniform issue made me very sad indeed, especially when I saw the women’s and men’s team side by side:

I knew there was a double standard for uniforms worn by male and female athletes... but this picture of Norway's beach handball team says a lot. nytimes.com/2021/07/20/spo… https://t.co/KoWdOvecmr 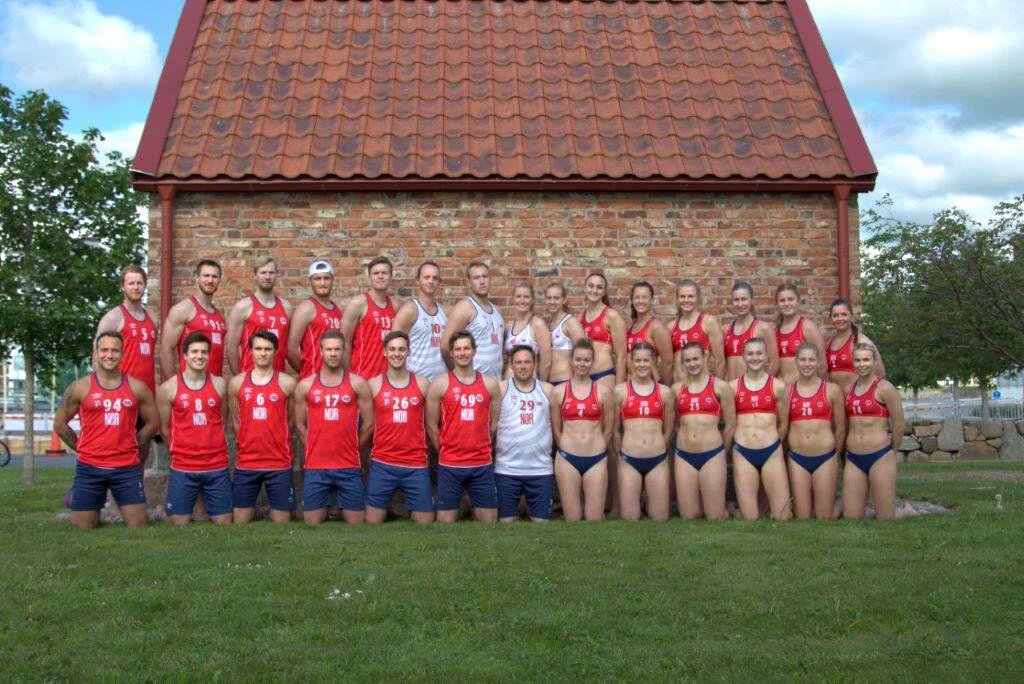 The fact that in the same week Paralympian Olivia Breen was told her briefs were ‘too short’ just shows that women’s bodies and clothing choices get policed both ways, and that’s what’s ultimately so frustrating. ‘Too revealing’, ‘too prudish’ - too often, women can’t win.

I must admit - it’s strange that Olympic Ladies have the OPTION to play wearing a bikini… but blokes cannot wear trunks. Prob just as well - but it seems sexist.

This is strange too! I definitely think there should be equal flexibility for men and women with their uniforms.

That was an interesting day yesterday.
My post was taken down twice and put back up twice.
I must confess I did write it in a testing manner on purpose for 2 reasons.
Apart from email this is the only social media I get involved in, and I wanted to test the waters and see how much of a rabbit hole some of these threads are. Rabbit holes on the Web seem pretty dangerous things designed to convince folks with enquiring minds that there is only one way of looking at an arguement and are there not to discuss issues but rather dictate a certain point of view.
The second reason is also linked to the first as it led me to consider some of these threads as rabbit holes. This being the dire treatment and hammering the poor woman with the winingawaytheweekend blog got on a similar thread to this back in Oct last year.
I did have a look at the Living Doll book and read as far as the pole dancing section and realised it wasn’t going to be my bag. It would seem Barbie has an awful lot to answer for although she’d been around for 50 years already. Pole dancing did take off a few years ago as a workout media and so did belly dancing at the same time. A fun way of keeping fit compared to pounding the streets, cycling, spinning or aerobic fitness classes or pushing weights I’d have thought. My better half Flo loves dancing and puts on belly dancing shows for a friend that owns a bar on Palolem beach, South Goa to help bring the customers in. Sometimes she does get a bit raunchy but that’s what it’s all about, and the lady’s enjoy it just as much as the guys.
The book also made me realise the narrow escape the male gender had. Pink used to be a boys colour up until the victorian times.
Beach handball, which I guess is very similar to beach volleyball used to be played on beaches, hence bikinis got worn. But I can certainly see why this shouldn’t be mandated and considering the free spirit of beach culture you should be able to wear what you want.

women’s bodies and clothing choices get policed both ways, and that’s what’s ultimately so frustrating. ‘Too revealing’, ‘too prudish’ - too often, women can’t win.

This is exactly right, sad and frustrating to say the least.

Rabbit holes on the Web seem pretty dangerous things designed to convince folks with enquiring minds that there is only one way of looking at an arguement and are there not to discuss issues but rather dictate a certain point of view.

I agree with this - but equally the Web is full of people with all the opinions and none of the understanding. I would say the hallmark of an enquiring mind is that it asks more questions than it proffers views, and listens carefully to the insight of those who have thought longer and harder about the issues, with a genuine intent to learn rather than cherry-pick points that bolster its own preconceptions. This doesn’t seem to happen much online, although this community is a rare exception, especially when it sticks to the topic that unites us!

The Norway women's side were last week fined for wearing shorts instead of bikini bottoms in a match.

I think that the fact that we are still having these conversations shows that our societies haven’t really changed enough when it comes to sexism and misogyny in general. If we look at the USA, where many male politicians are doing so much to make abortion illegal, at eastern Europe, where women are very much second-class citizens and even in western Europe, where women still earn less and are often expected to be carers and domestic servants as well as going out to earn money. I am not even going to mention how things are outside of the so-called First World.

Social media is full of toxic attitudes towards women, and through social media we see those attitudes becoming normalised, but it isn’t just on social media. It happens in real life, too. Women are still objectified and that happens from a very early age, which ought to scare all parents. It is also incredibly difficult for victims of rape and sexual violence to get a case to court and conviction levels are still minimal.

I am now wondering in what ways a bare midriff enhances the performance of female competitors, but clearly hinders that of their male equivalents…

Yes, we are some way off real equality. When the leader of the free world was, up until last year a known sexist who boasted about his ability to use his power and position to exploit and objectify women, you do wonder if we’ve made any progress at all. There is a theory that this is a backlash and a necessary part of the process of change. I fear it is part of the process of keeping things exactly as they are.

I was reading ‘A room of one’s own’ last night. Change is limited, partial, fragmentary and sometimes goes into reverse.

My Dad is one of the biggest feminists I know, he always empowered me as his only daughter and instilled into his 3 sons that women could do anything a man could do and were equal in all aspects of life.
He was the one who stood in the freezing cold and pouring rain at all my football games, shouted the loudest at my cross country races, basketball competitions, swimming galas and every other sport I played, often being the only Dad ferrying scores of girls half way up and down the country for competitions.
When I was about 6, I remember a teacher asking everyone in the class what they were going to be when they grew up, I said I wanted to be an Engineer like my Dad. The teacher told me I couldn’t as that was a job for a man.
I went home and told him. I have rarely seen him get so angry as he did then. His words were “You go and tell that bitch that I said you can be whatever you want to be”.
I did… and I repeated it word for word… as any 6 year old would

.
But on a serious note, the world needs more men who champion women and lift them up like my Dad.

Wow, @Leah! Your dad and my dad must have been soul mates in some parallel universe

my dad was exactly the same - he believed in me and encourage me 100%, and gender meant nothing to him. I could be whatever I want to be (though sport was definitely not my area

My daughter is lucky to have a dad and a step dad with the same conviction. Maybe that’s what more girls and women would benefit from!

Oh wow @Inbar , how lucky we have been and how lucky our daughters equally are to have such amazing male figures in their lives encouraging them to fulfil their dreams.
I will also add, thanks to my Dad, my 3 brothers also are wonderful at championing women.
My twin brother has always been one of my biggest supporters.

Although he died some years ago now, my dad was very much this way with my 3 younger sisters - and they thrived on it. Follow your dreams and don’t let anyone stop you. So important I think to have this kind of affirming start in life :~} 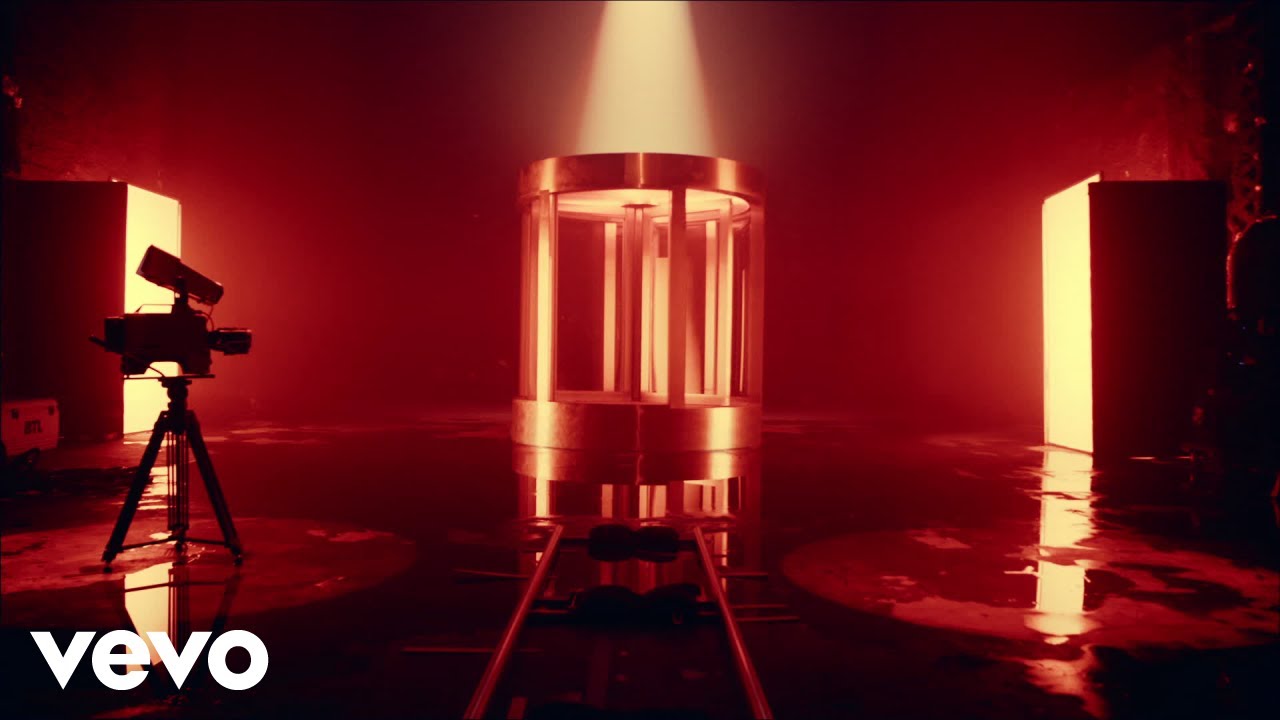