They’ve been there for years, but I have just come upon them and have been sending the afternoon watching these short videos from Ridge 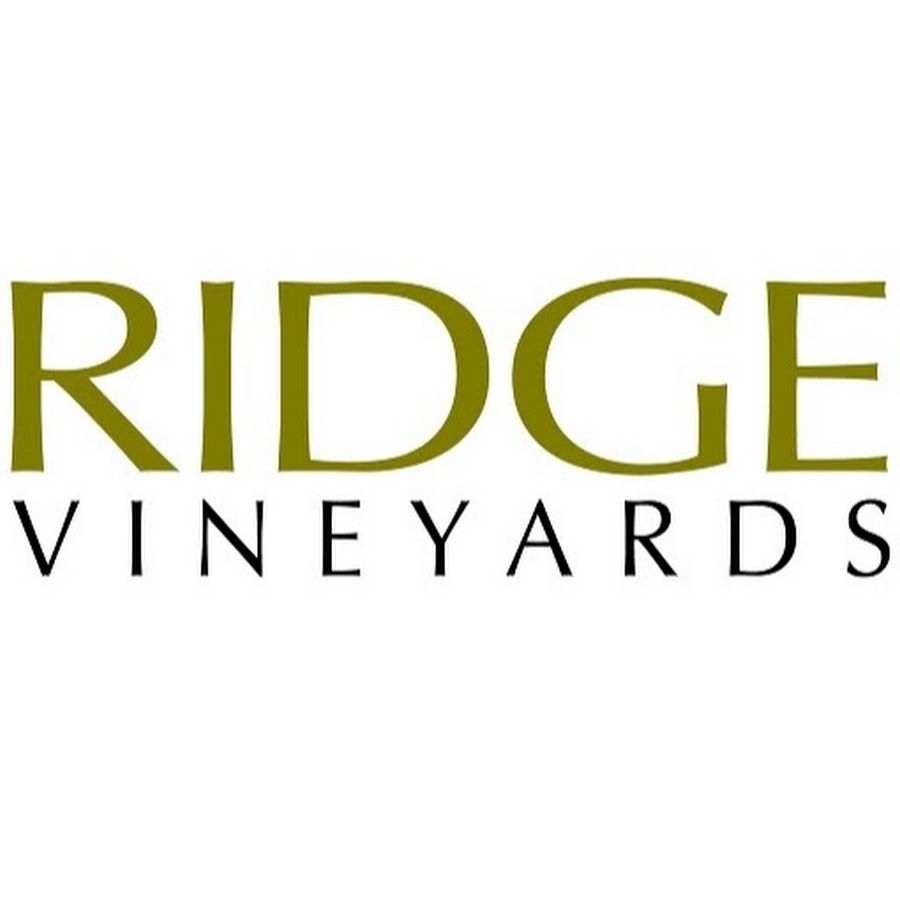 50 years ago, Ridge made its first Monte Bello, and two years later its first zinfandel. Since this time, Ridge has championed single-vineyard winemaking, searching California for those rare vineyards where climate, soil, and varietal are ideally...

There’s drone movies of vineyards, Paul Draper talking about they the use pre-industrial techniques, a viticulturist talking about a Cabernet vineyard planted in different root stocks to suit a change in soil and how that will affect the wine.

Discussions on the different vineyards. Seems Geyserville has around 20 varieties, some white, that are all co-fermented (and don’t all appear on the label) and East Bench is the only 100% Zin they make

well worth a look even if you don’t buy Ridge.

Fascinating, thank you. Also made me much more likely to buy a Ridge wine, which I guess is the point.

But plenty of interesting things, such as history of various grape varieties including Mataro and why they use that name instead of more familiar (to us) Mourvèdre.

And a story of how it got the nickname ‘dog-strangler’ which is different to the explanation I heard many years ago and just as believable.

I always thought Sercial was dog strangler. Are there two grape varieties with that moniker?

always thought Sercial was dog strangler. Are there two grape varieties with that moniker?

I don’t know, only one I’ve heard of is Mourvèdre - or Mataro as it’s known in California, as per Paul Draper’s doggy tale, or do I mean tail, in the video

Google found this in the oxford companion to wine

However, you’ve made me do a bit more googling and it’s clear there are 2 dog stranglers - for quite different reasons. Think that maybe the reason you heard many years ago is a bit more believable though.

I meant to ask you the reason you were told Sercial got the name ‘dog strangler’. I cannot see a reason given in the link. 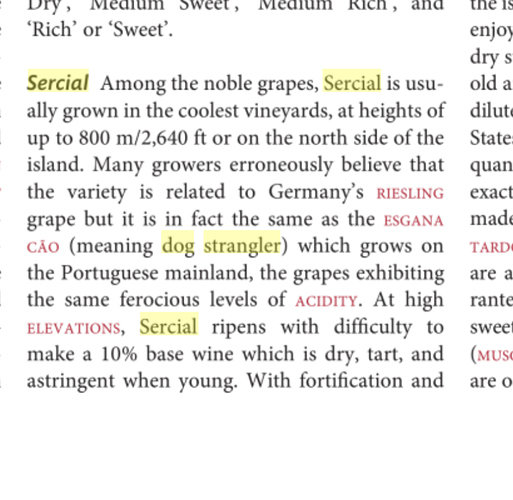 Thanks: so high acidity was the reason you were given?

Jancis gives that explanation in Wine Grapes, but I didn’t read the above as the explanation.

I was given a similar reason for Mourvèdre having that nickname, that it was so tough and tannic that it would strangle a dog. But Paul Draper’s explanation is the only one that gives a literal strangling of a dog. After all, drinking a wine doesn’t strangle - that requires outside force to the throat…

However, at the time - 35+ years ago - I was told the only examples of Mourvèdre were really rough, tough and rustic and I could believe the story.

I have a - now - 10 year old varietal Mourvèdre and every time I’ve asked the winemaker if it was time to open it he’s told me to wait. Reminds me to email him about it now it’s 10 years old.

Thanks: so high acidity was the reason you were given?

Yeah, I’m not sure where or when I originally read it, I was just trying to find a credible source for you. I agree, strangling is a physical sensation, so not sure how the acidity would achieve that - maybe more of a choking than a strangling, but I don’t speak Portuguese so not sure of the exact translation.

From what I read after your post, Mourvedre was nick-named dog strangler because the skins were so tough and thick, they were liable to strangle a dog who tried to eat them.

I’m not sure where or when I originally read it

I’m pretty sure I was told this on the Blandy’s wine tour. I vaguely remember you’ve done that too?

Indeed I have, but 12 years and probably an equivalent amount of post-tour glasses of Madeira takes its toll on the old memory cells

I’m pretty sure I was told this on the Blandy’s wine tour. I vaguely remember you’ve done that too? 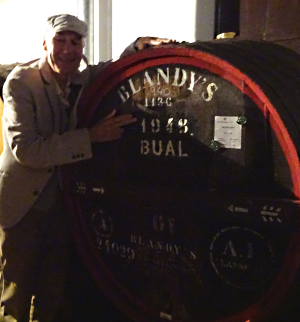