Being a fan of some Greek wines and having visitied Boutari a couple of times, I was intrigued to taste this.
I was not disappointed.
Medium to full-bodied, quite delicate with red fruits and herbal notes on the nose.
The palate is quite full-bodied, round and rich with quite intense fruit, crisp acidity - mouthwatering raspberry fruit notes - and quite gentle, but definitely present tannins. It finishes long and quite complex with the fruit lingering.

Link to the wine. 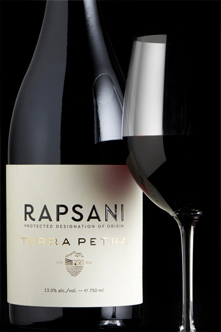 Apostolos Thymiopoulos has shown himself to be a master of the xinomavro grape. The palate is ripe and naturally sweet in fruit from this warmer climate in the foothills of Mount Olympus.

The 2015 was very good indeed as are all the Thymiopoulos wines I have had!

The palate is ripe and naturally sweet in fruit

Excuse my ignorance but from recollection an Amarone is sweetish {probably the wrong wine] is this wine similar?

Not my favourite bit of the description… It is very different from Amarone.

Thanks @szaki1974 Does an Amarone have a sweetness to it or was I thinking of the wrong wine?

Amarone does have a sweetness, you are right. It is also very concentrated as the grapes are dried somewhat.

Recioto Della Valpolicella is the “dessert” variant offered by some Amarone producers. If I recall Amarone was a style developed later - Recioto was the original.

I had some lovely recioto on Christmas day, hard to come by these days, I have the rest of the bottle to get through though and probably by myself…
Also, I would agree with @szaki1974, I didn’t find the Rapsani at all sweet. Its very balanced but I would say that the fruit is ripe rather than actually sweet if that makes sense.

As @Leah says, the wine is not sweet, it is rich, full of ripe fruit. The sugars are fermented out fully. Dried to concentrate the fruit and raise sugar levels, they achieve up to 16.5% abv.
I’m not sure about @Lincoln’s comment aabout Recioto being the original; “recioto” means “ears” and only the ripest grapes on the edges of the bunches are picked for Recioto. Recioto can be sparkling as well, when it is not as sweet as @Lincoln and @Leah are referring to with the still Recioto.

This link seems to confirm the idea that Recioto was around before Amarone.

Is it only me or does the 2015 of this wine not age very gracefully? The last two bottles have had a flavour that is reminiscent to old Bordeaux that is well over the hill…

Oh dear. I have four to go. I will try the one that I hold locally soon and compare notes.

The 2016 I had this weekend was ultra-fresh, although to be fair I had it within a few days of delivery from TWS. Not sure about 10 years, but definitely 5 more to go.

As a general rule Naoussa age longer than Rapsani, but the 2015 should hold up for 5-8 years I’d guess. Perhaps a bit of bottle variation.

within a few days of delivery from TWS

I also just took the bottle of 2015 I tried. Might just be a taste I don’t like… wish I was more educated in terms of wine faults. I definitely had bottles that I had no problem with, but the last two were both sub optimal for me. It is really complex and there is a lot of good things in there, there is just this one element that bugs me (a bit like a mix of young and old wine)…

there is just this one element that bugs me

It does have a certain ‘whoosh’ of bitterness towards the finish, which is unexpected in a wine with that nose and light body (I quite liked it, although I wouldn’t want every wine to be like that). Could that be it?

Will revisit this weekend, have another bottle at home from the same delivery.

I had a similar experience with the 2009 Earth and Sky. I bought a six pack, the first two bottles consumed in 2013 were very good and full of potential. I thought at the time, OK I’ll leave the rest for eighteen months or so to see how they develop.

Bottles three and four consumed in 2015 seemed flat, lacking in vibrancy, really quite vegetal. I thought I’d leave the remining bottles for a similar period before broaching to see if they might come around. Didn’t think there was anything to lose because they really did disappoint

So, bottles five and six, consumed in late 2016, were very good. Complex, savoury fruity, they did not disappoint. Phew.

Did the wine go through an awkward phase before returning to form. Or was it bottle variation. Or me, the taster, that was the problem ?

Most likely the first reason but I’m not truly sure.

If you do give the 2015 Rapsani a re-try I’d be interested in your thoughts as I’ve got a single bottle that I’ve yet to try !