A small detour before I get to the point of the piece, against my better judgement I had to take No1 to Tesco as there was an item she wished to pick up there not available anywhere else.
Tesco despite making big profits again have gone down market and this superstore is getting very near to our local Aldi which itself is like a scene from people of Walmart, empty boxes on the floor so you can’t reach over to get bottles , bins of soft toys for a pound next to the Broccoli and a general air of despondency, our local Aldi also lays claim to the parking equivalent of Hotel California, ‘you can visit but never leave’ such is it s proximity to the traffic lights on a crossroad, its a challenge you can do without.
Tesco had not changed from the last visit, the entry area is so full of produce you can hardly get in the place, stack em high and sell cheap has come back with a vengeance, the veg section is brimming with items that show a best before date that is the current date, and a deli section which should make you weep, plus a minuscule wet fish counter that looks like the fish have given up hope of ever being sold.

I left the wife to find her item, whatever it was and meandered towards the wine aisle, habit I suppose, rather like a bloodhound on the scent.
Tesco used to have a rather good wine section and that was when they did their online sales, but that was all a long time ago.

Anyway I arrived at said wine aisle an perused the endless major brands and own labels to the almost total exclusion of everything else and dejected and about to leave I espied an offer on a Chilean Cab Sav that maybe just maybe was worth a punt, so I picked a bottle up and found the good lady and put it in the trolley.
This is the wine… 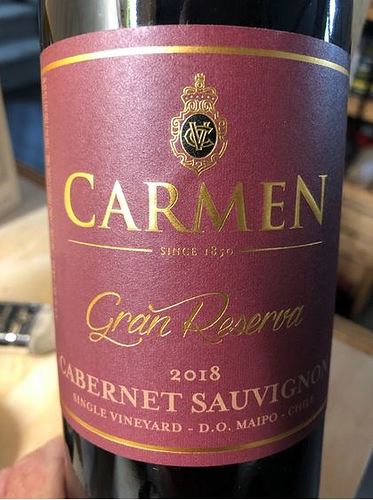 A couple of nights later I opened it, now what is interesting, and I realise it has been discussed before, was the fact it had a Decanter Platinum award and 97 points stuck on the bottle, at first I thought, shurely shume mishtake, but no there it was in all its glory.

And then I remembered that Decanter had decided to mark lesser wines within their own category and they are not tasted blind any more, this rightly caused much furor.
among readers of said magazine and elsewhere, quite rightly.

The wine was poured had a rather good fruity nose and deep colour, but when drunk, and I shared the experience so was not alone in my thoughts, it was pure Ribena it had nothing else other than this totally over the top blackcurrant taste, how the hell do they give it 97 points and a Platinum award, it was so over the top I didn’t pour another glass and that for me is a very rare event.

I gave up on critics a long time ago, the reasons are long and boring , it has been well documented and written about many times how all when tasting blind the same wine can come up with totally different results at different occasions, the Judgement of Paris all those years ago showed how the experts can be so easily duped, but this 97 pointer makes a farce of everything Decanter puts up and it is not the first by a long chalk.

So I thank Tesco for reminding me to steer well clear of anything Decanter recommends, most of which luckily is never available here anyway.

I gave up my subscription of Decanter a while ago after many years, for many reasons, but a major one was the panel tastings.

There are plenty of people on them who are respected and quite rightly respectable within the wine community, but for some reason the wisdom of crowds more often than not seemed to throw the big plush - for ease of use 'Parkerised - wines to the top of the pile. Which I’m sure is great if that’s your thing, bit isn’t mine, so buying the magazine became a bit of a pointless gesture when being steered in a particular vintage or region.

Great value for a £215 entry fee+ shipping per wine (plus the value of the wine).

A Decanter gong is ONLY a relative comparison against other decanter entries. You cannot make any value/ comparison between a Decanter award wine and a similar wine that was not in the competition.

And that is the trick… us dumb consumers are mistakenly encouraged to think, that a Decanter Platinum has some intrinsic greater value compared to all other non-medal wines on the supermarket shelf.

Decanter’s approach to medals is rather akin to that of Dick Dastardly’s Muttley!

Its a bit like Universities awarding degrees… and I bet the statistics are fairly similar if you equate ‘platinum’ to a first, gold to 2.1, etc, ‘highly commended’ being a lowly ‘pass’. Very few outright fails.

I did some external lecturing a few years ago and marked degree work - hence the slight cynicism.

Decanter gong is ONLY a relative comparison against other decanter entries. You cannot make any value/ comparison between a Decanter award wine and a similar wine that was not in the competition.

Very true, but if the award applies to a “supermarket” wine and it encourages someone to buy said bottle then the award has done its job IMO. Lights blue touch paper and retires to a safe distance.

I would expect most people who buy Decanter don’t rely on their recommendations. As a subscriber myself I appreciate the recommendations and sometimes buy as a result, but these purchases only form a small fraction of what I buy.

I feel such awards have little value outside supermarkets and very little even within them. I think if I look through my ‘cellar’ I’ll find very few wines displaying awards. For example I’m pretty sure there are no award badges on Ch Batailley or Vieux Telegraph. Maybe they have received awards they do not choose to display or maybe it’s really only rather desperate wines that need the badges to sell them. If the latter then that seems a good reason to avoid wines with awards (says the man about to open a cheap early drinking Bordeaux with two such badges on it!).

Actually, if you look on the labels of many a fine wine, there are medals built into the script - but they all seem to end about 1920ish!

Okay, so they sensibly don’t make a big song and dance about it!

Except that one they won in 1855, which they still harp on about

Krug never seem to win any badges! if only they entered just one competition perhaps they would do better.

When in France (anybody remember that?) I only buy supermarket wines with a medal - the theory is that at least somebody thinks they will be OK.

I will always buy Burgundy with the ‘tastevinage’ label - never had a duff bottle & always paid a little extra. 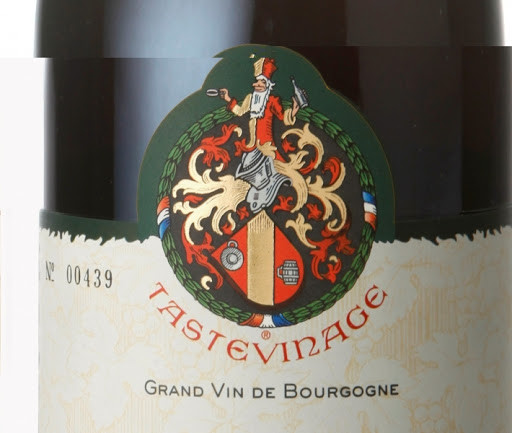 This is not the article I wanted to put up , I simply have not the time to find or some similar, but it shows as do so many that if you enter a wine enough times it will end up with a Gold medal, none the less it is typical of many studies on the area of wine competitions, if I can find the one I wanted to show I will show it, but this from California is typical.

"Hodgson served as a judge in the California State Fair competition, and is now on the competition’s Wine Advisory Task Force working with Pucilowski to try to improve judging quality and consistency.
With Pucilowski’s assistance, Hodgson has been evaluating the competition judges since 2005 with trials that place three samples from the same wine bottle in one flight of judged wines to see if the judges ranked each sample consistently. Hodgson, who taught statistics at Humboldt State University, said, “Fewer than 10% of judges could judge the three wines and maintain consistency in their scores.” He added, “Some of the same wines received ratings that ranged from no award to gold.” When the study, “An Examination of Judge Reliabiity at a Major U.S. Wine Competition,” was published in the JWE, it received significant media attention and created a stir among wine judges and within the wine industry.

There was a cynical evaluation of the French wine competition circuit which showed the same, if you entered enough times you would get an award regardless of previous failures, and yes it is worth it to the producers as it boosts not just sales but price.

I’d be interested to know what people think of TWS “Wine Champions.”

I do find medals/badges can be helpful sometimes when faced with a vast array in a French supermarket. Decanter bronze, though, normally means it’s probably not worth the bother.

I put more store by TWS Wine Champions on the basis that they are effectively only competing with themselves. I have found some excellent VFM wines amongst their Champions. I think it’s noticeable that they are mostly low to mid priced wines and is therefore useful for highlighting some of the surprisingly good wines stocked by TWS in those price ranges.

Living in France the preponderance of award can be mind blowing. We were told by a French member of the little wine club I am secretary of that apart from Paris and Macon they are not worth the paper they are printed on. We’ve found exceptions to this of course but again and again we find that tasting is the real arbiter when ever possible. We also find that that fellow sippers, ie those you know and respect are great yard sticks.

Great thread! One of the best I have seen recently. Thank you.