Same floor tiles as my porch … Victorian house by any chance ?

Edwardian…built in 1903, I think. I instantly fell in love with the hallway when I viewed it, I’m a sucker for old tat.

I picked this up from reserves today. I once in a lifetime present to myself. I’m so excited I need a tranquiliser… 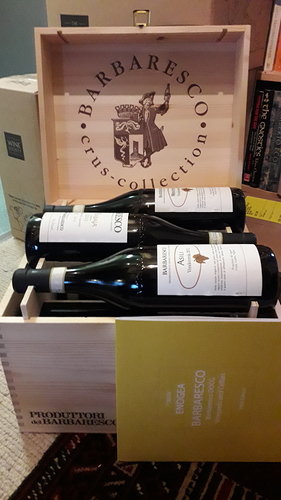 Destined for future use as a sock box ! 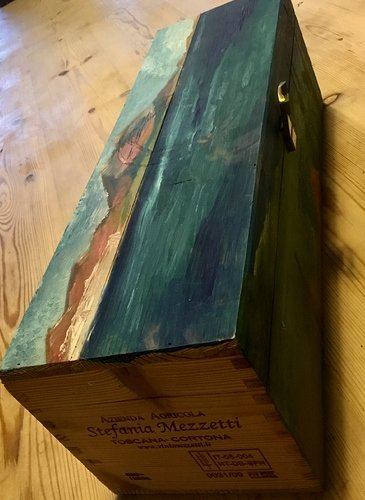 That’s a fantastic-looking box in every respect. Bet you can’t wait to brandish the corkscrew over that lot. When did you buy it (presuming WTS if it’s come from reserves).

Not sure you’ll get as much pleasure out of the socks as the current contents though.

As much as I would like to, I can’t really justify opening a bottle on a wet Wednesday so will wait until the weekend before opening the first bottle !

I ordered it in August 2016. I was in two minds initially but eventually convinced myself, despite the cost, that it was too good an opportunity to miss. And maybe my only opportunity.

TWS also sold the 2014 case but it sold out before I knew it was even listed. Not that I would have bought it but I was surprised not to receive an e-mail advising it was listed.

Oops I’ve done it again, please see the reply above.

Just in case you were interested it is for sale on FRW FOR £450. Don’t know how that compares to the price paid on TWS though…

Just to say - if you reply immidiately below the post of the person you’re responding to - it’ll tell them that you had replied to them, and you don’t need to use their icon. At least I think that’s how it works…

I do it every time I reply and didn’t realise.

P.S. I was delighted to pick up another bottle of the Grauburgunder from Bercher in the showroom today !

classy indeed…a lot more reusable than the staples through the top wooden planks.

The double hinge and clasp were a revelation. Producers of top end wines should take note. It’s hardly going to impinge on their profit margins !

I have a couple of these from Errazuriz and they are very useful! One does a great job as my shoe polish box.

I was delighted to pick up another bottle of the Grauburgunder from Bercher in the showroom today ! 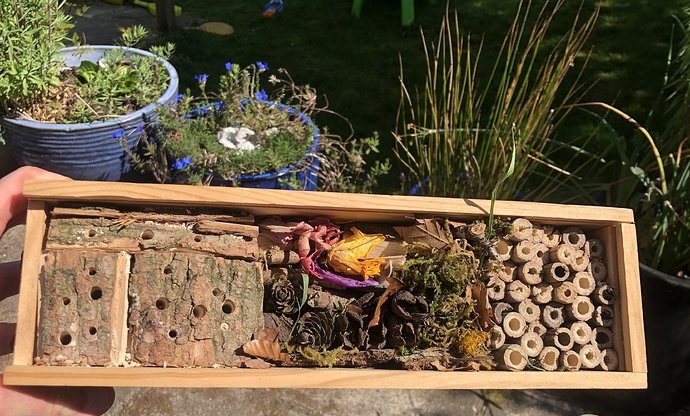 We gathered the materials yesterday and put together this morning. Kids very happy, but are expecting 100% occupancy by tomorrow morning. We’ll see

Further to this, Danish oil can’t take the sustained dampness, will try yacht varnish on the next ones.

I remember doing some insect houses with my nieces in Hay at the festival a few years ago (I think it was someone like the RSPB tent?). I remember it most for being told off by my other half for being too competitive! (I won against a load of kids, she may have had a point

Anyway, I digress. I always say everybody should make their cases like Domaine de Chevalier… 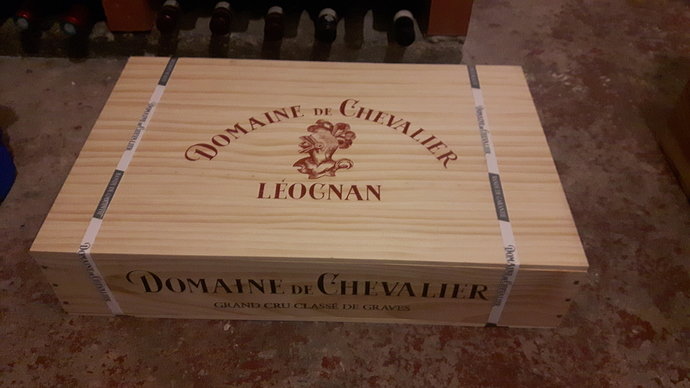 No messing about with nails there

And rather unimaginatively, I now use it to store other wines in on top of my other bins (the wine itself is safely tucked away at the bottom and the back away from prying eyes and trigger finger responses)… 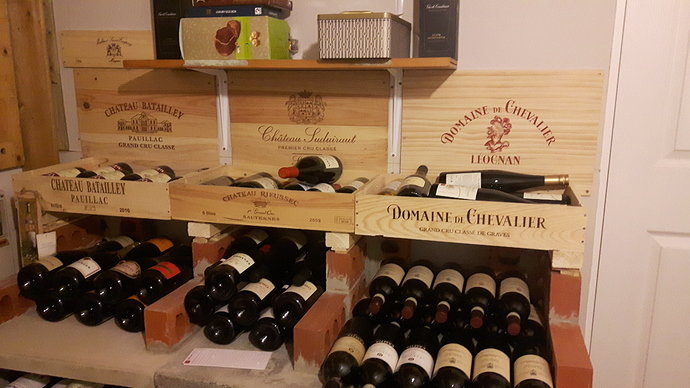 Can i ask whether you have a wider photo of your wine rack? I’m considering putting something in and hadn’t thought of brick bins - might be right up my street!

I’ll go and take one. It’s just bricks and old flags. Give me a minute! 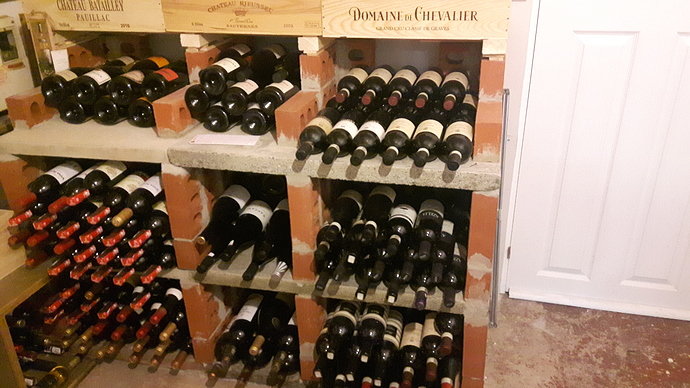 It’s still a bit of a work in progress - I started it 5 years ago, and am planning (when my other half isn’t looking!) to extend it round. I’ve effectively cut the garage in 1/2 and insulated the walls with that plasterboard backed with polystyrene, and big polystyrene blocks sandwiched between(from B&Q, they’re pence ISTR).