One which really grates: the use of ‘sat’ for ‘sitting’ as in ‘he was sat’.

Sat - I have a friend who gets very irritated by this. Nevertheless it’s spreading, and not just sat idly on its backside!

It’s the whole “dumbing down” of society these days unfortunately.

I greatly regret the loss of words that have meanings by replaced by others, e.g.

repudiate and refute - increasingly in news the second is being used in place of the first, either because the first is shorter or more likely the user doesn’t know the difference.

alternative and alternate - Americanism, from their use of ‘alternate history’ for an imagined what if. Traffic lights alternate red amber green. It’s an alternative history.

American spelling is fast taking the place of British, hastened by US domination of digital media. Favorite, color etc. Many people I deal with don’t know how to - or even that they can - change the language on MS-Word to British English. Their inbuilt spell checker highlights British spellings as wrong and the American correct.

Program is increasingly being used instead of programme , and defense instead of defence

Badges are available if an enhanced degree of authority is required. 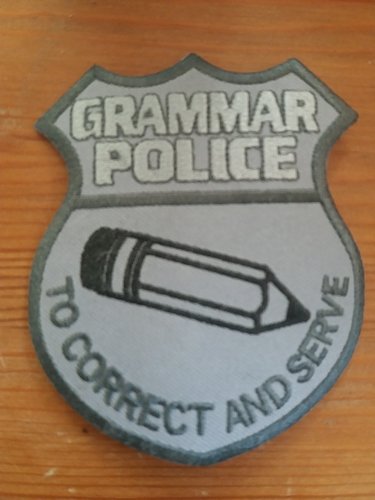 There is a whole generation who do not realise that ‘can’t be arsed’ should really be ‘can’t be asked’ to do something etc. They all achieved an A* though!

What sort of rabbit hole have you opened, @Andy999?

Even the name of the thread could be controversial. Sadly, I can’t remember all of the arguments, but Private Eye renamed its column to be “Pedantry Corner” some years ago, in response to the many letters expressing differing opinions on the position (or even appearance) of the apostrophe, all backed up with what looked like valid reasoning.

Language changes, and like @Inbar, I don’t think we’re never going to stop it. In some ways there are parallels with other debates on here about what constitutes tradition in wine-making. A lot of usages are actually comparatively recent, but it’s a natural human instinct to think that what we grew up with with is what has always been. It’s really not.

@peterm - did they also make you use US grammar? I work for a US company, but the product lines I work on are all developed here (we were taken over). The documentation is all still written in British English with British spelling, because just changing the spelling and wording is not regarded as enough - there are different grammatical constructions which are used, and British authors would not get it right. If necessary, they are translated. Neither usage is incorrect - they are each correct in their own context.

And finally, just because I have to be pedantic, and it was in the original post.

too much viewing of estate agent’s posts

(can I have one of @Lewis’s badges now?)

@peterm - did they also make you use US grammar?

I can’t remember any problems, but I was good at American and spent a lot of time there writing some training material under a US editor also co-authoring a text book again with a US editor.

Indeed “agents’ posts”; this is something that my auto-correct does and it is very annoying. It did it again just now and I’ve had to change it.
But I’m happy with “Pedants’ Corner” - it’s for every one not just me! Almost tempted to say “from all corners of the globe”, but managing to resist.

Of course language evolves, it’s just that some of the evolutionary steps seem rather useless. I suppose that’s true of evolution too. Surely there must be a better alternative, or even a few?!?!

I was/am good at English writing and reading, but have an inability with numbers.

I’m not clear why it’s OK to object to people who use incorrect English being corrected, but OK to pull up those whose sums are wrong.

This is one of the many places where language gets messy. Technical language is heavily influenced by US usage, but I’d say is not US per se, but a vocabulary of its own. You would have a dialogue with someone, but a dialog is a specific user interface concept. A programme might be a project to implement some programs, which are things which run on computers. And so on.

I’ve never heard or noticed that before but I’ll be listening out now!

Thank goodness you didn’t use “math”!

Possibly a little off-piste but here’s something for pedants 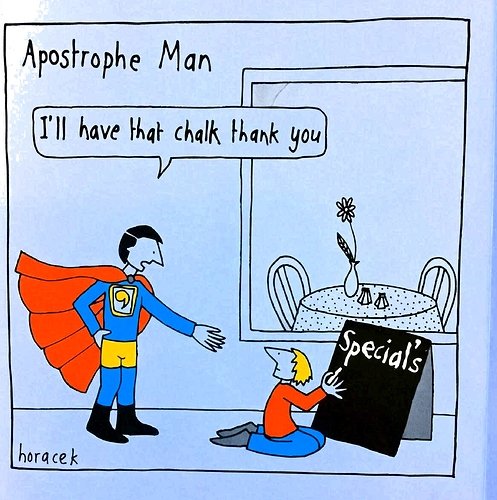 As in " there I was, sat sitting on defense".

But I’m happy with “Pedants’ Corner” - it’s for every one not just me!

As I recall, one of the arguments was whether it belongs to the pedants, or is merely a corner in which they are found. In which case the apostrophe is unnecessary, and it’s just “Pedants Corner”

current ones for me: ‘social distancing’ and ‘stay safe’

Agreed! Stay safe is an Americanism of the worst kind…almost tempted to reply, " no I think I’ll go and be as unsafe as I can".

Social distancing is oxymoronic, or perhaps just moronic. Physical distancing or safe distance would be much more accurate.