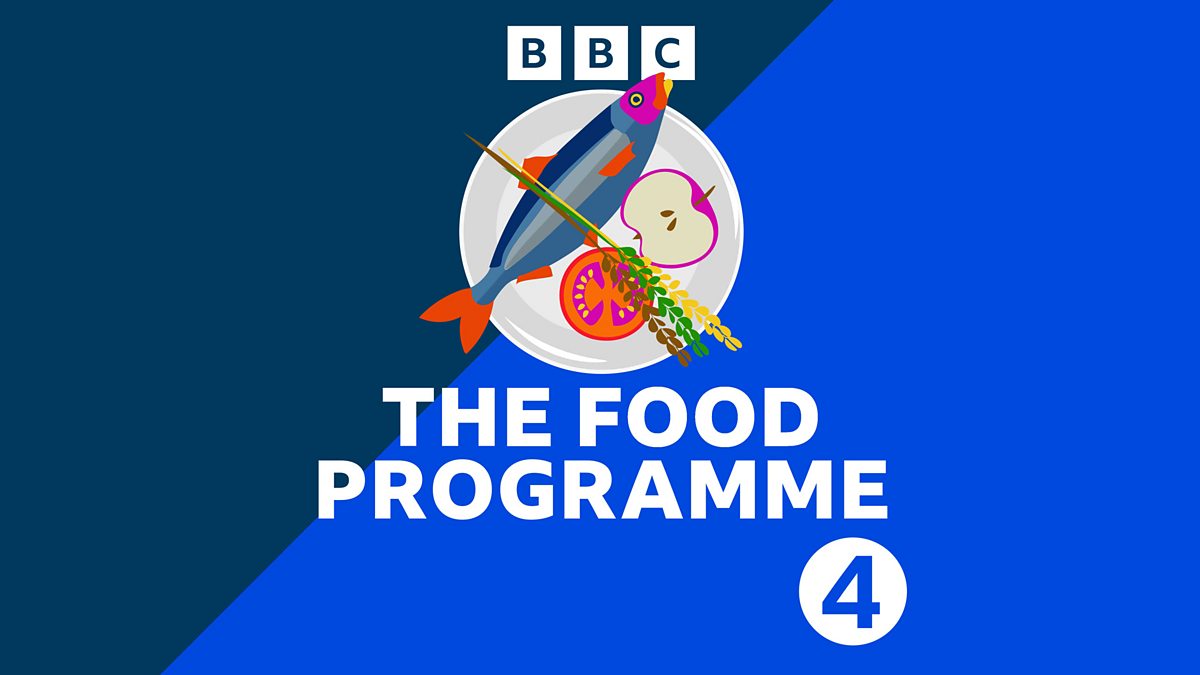 Investigating every aspect of the food we eat

I especially enjoyed him telling how he got to be invited to appear on BBC TVs Food & Drink and became a regular.

Oz Clarke: A Life Through Wine

Oz Clarke, the popular man of wine, has enjoyed success in wine writing and broadcasting for four decades. First appearing on our screens on BBC2’s Food and Drink in the 1980s, he helped lead a wine drinking revolution in Britain.

Visiting Oz to share a glass or two from his collection, Jaega Wise hears about his varied career and lifelong passion for wine, as well as how he’s never been afraid of introducing controversy into the wine world. Oz also shares his thoughts on the natural wine movement and how the industry will need to adapt to climate change.

We also hear from fellow wine critic Jancis Robinson on Oz’s impact on our wine drinking culture; and we visit winemaker Emma Rice at Hattingley Valley to hear how the English wine industry is faring, which Oz has long been a cheerleader for.

I never had any time for him. Too full of himself.

It’s instructive to think back to the early eighties when Oz came to our attention on the BBC Good Food programme. At this time, you would hesitate to order wine in a pub - negligible choice of appalling wine - and he (and others) helped to change that by initiating a wine awareness in the public. 40 years later, it’s so very different and much better!

Listened to this myself. Really entertaining as always. The guy is inspiring. I can understand how some dislike him, but each to their own.
He changed the perception of wine I think.

I like his prose, I could read it all day (although I’m not a fan of when he bridges his knowledge gaps by inserting an anecdote or quip, rather than saying ‘my knowledge is sketchy’, but I guess that’s the nature of the game), but don’t like his taste/recommendations in wines at all. C’est la vie.

I admire him for his early and continuing enthusiasm for English wines, and I enjoyed the entertainment value of his first TV series with James May when they “did” California.

Along with Alan Cheesman he’s the single most important British person responsible for the shift from generic supermarket plonk to where we are today. He is also a superb taster (I’ve witnessed it first hand) and along with Andrew Jefford one of the best writers on wine we have for the non-geek community - less so recently unlike Andrew (who is more interested in esoteric things than Oz).

I can understand folks not liking the public persona (I’m not keen), it’s a bit like marmite, but it’s important to appreciate what he has achieved.

I enjoy Jefford’s articles, always very insightful, although it sometimes reads like he’s taking up permanent residence in Pseuds Corner.

I think a lot of this is down to “Oz the TV personality” doing as he’s told - in real life he’s charming, self-effacing and listens to what others have to say.

Having known Oz for many years, shared many a moment with him over many a wine, beer and whisky, I can confirm that he is delightful, extremely knowledgeable, always ready to impart that knowledge, always ready to learn more and generous to a fault. There is a lot more to Oz than his on-air / on-screen persona and his being a season-ticket holder at Gillingham FC!

You had me convinced until this bit…

being a season-ticket holder at Gillingham FC!

Clearly a lost cause!

His own label range was a wonder to behold, and he trained up so many that went to M & S etc. and made their name. And typically, Sainsbury promoted him and his expertise was lost.
A bit like in schools, wonderful and talented teachers do not make the best headmasters - who are essentially administrators.

I used to help Alan Cheeseman hold the tastings for the JS/Daily Telegraph wine competitions. It’s a shame the supermarkets do not do something similar today. The truth is there is very little expertise there.

That is the danger with Television. I gave up watching it a few years ago. I remember the food and drink programme. He did a double act with a lady called Jilly Goolden. I just could not bear all the gushing hyperbole. In light of others’ posts I have ordered his book on English wine.

In light of others’ posts I have ordered his book on English wine.

Sorry to disappoint. I bought it (and can lend it to you, Andrew) but it is very elementary / superficial and far from a comprehensive account. There are much better books on English wine out there. Not his best.

It has a definite cobbled-together to catch a wave of public enthusiasm flavour to it.

I found it hard to watch Goolden!

I found the listening the main problem!

Thank you Peter but it has already been “dispatched.” By Amazon. I also have Stephen Skelton’s book…should be an interesting comparison.

I suspect the Skeleton book will be the better read for an informed audience. I’d rather spend an evening with Oz than with Stephen though….

It is indeed a better book; his Classic Wine Library 2019 edition.

Oz - 173 pp (not including index / references)
First 68 pretty elementary stuff you’d find in any beginners’ guide to wine and not nuanced to the UK; then profiles of 9 varieties grown in the UK, then 52 “producer profiles” , arranged by arbitrary region, but a lot of the text is Oz’s opinions rather than facts.

SS - 280pp (ditto).
First 103 is a detailed account of the history of viticulture in the UK which assumes an already fairly accomplished knowledge of the subject and familiarity with winespeak. , then profiles of 19 varieties grown in the UK, then 21 in-depth and factual producer profiles. (He explains the limit of this selection as an attempt to illustrate the spectrum across the country rather than an extensive list) arranged alphabetically, followed by a further 71 briefer profiles. There’s a further 24 pages about GB wine winemaking and labelling regulations and associations.

I have no doubt that TWS forum users would find SS’s book considerably more useful. 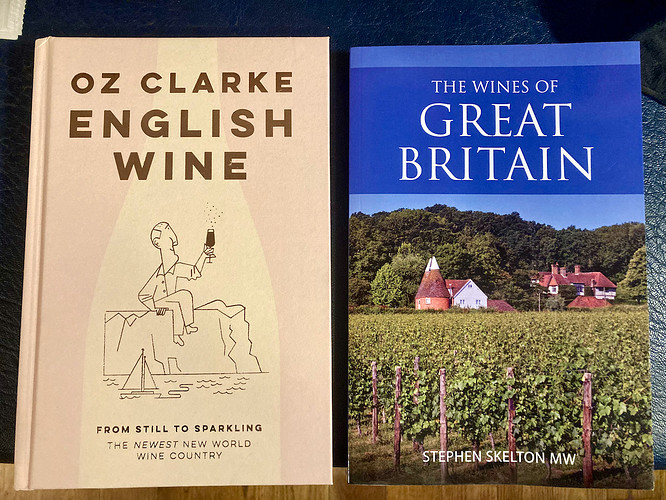