Order cancelled by TWS after shipping?

A few days ago, I placed an order for a Magnum of 2009 Musar, which had come into stock.

Order accepted and paid for. Received the usual DHL mail yesterday to say they had the parcel, and another this morning to say it’s on its way.

Then, much to my horror, TWS email me to say the order has been cancelled as it’s out of stock!

How can it be the case that after a multi-million investment in IT, the inventory is not updated when orders are placed and paid for?

How can it suddenly be out of stock after the parcel has supposedly shipped?

Angry and confused - something seems off.

Generally happens when there is a stock discrepancy that is not known until that wine is ordered then assigned to be picked.

DHL are informed of the delivery once the order is assigned to be picked - much of the communication after that is automatic.

Maybe DHL found out the hard way that magnum bottles are not made of rubber, and TWS didn’t have any more in stock to replace it?

I had a similar experience with a wine delivery from Amazon

aybe DHL found out the hard way that magnum bottles are not made of rubber, and TWS didn’t have any more in stock to replace it?

Then DHL should source me a replacement. I want my Magnum, not a refund

DHL are under no obligation to source a replacement as they are only the carrier. Your remedy is against TWS for specific performance.

Same thing happened to me end of last year. Seems to happen occasionally when there are very small quantities. I can’t say I was massively surprised or particularly miffed. As this week’s Hardy Nichols feeding frenzy & previous personal experience with L&W have demonstrated, variations on this theme seem to happen with a lot of retailers when there is a sudden rush of demand for limited stock.

Shortfall in your order Drinks Chat

I’ve just had one as well. Spotted a few bottles of this just before NY so ordered what appeared to be the last 3: https://www.thewinesociety.com/product/vina-real-gran-reserva-rioja-2010 Order was showing as completed/despatched to be delivered yesterday, but no notifications and nothing arrived. A call to member services took them a bit of digging as it was showing as having been picked, but inevitably it hadn’t actually happened. Always a danger with these low stock items, but frustrating …

How can it suddenly be out of stock after the parcel has supposedly shipped? 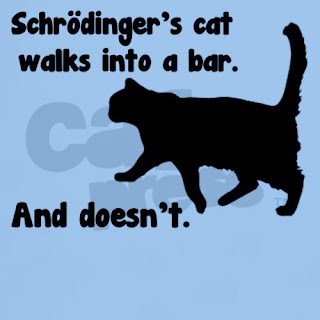 The usual remedy for breach of contract is damages, which here would be replacement cost. Specific performance is rarely awarded.

In fact, tracking systems seem riddled with jargon, which is not explained, and varies from company to company.

But in this case Joe said he wanted the magnum not damages or compensation. SP may not often be awarded but a claim for SP will result in TWS having to source one which is not beyond their capability.

Don’t think so. SP is a discretionary remedy and the Courts don’t like it as it is hard to monitor - what happens if TWS cannot/will not find a replacement? Damages are easier and close the issue.

If Joe presents evidence of replacement cost then that should be awarded, assuming there is a breach of contract, which would depend on TWS terms and conditions.

There is no obligation to spend the sum awarded on a replacement bottle.

Richard
I have been a specialist commercial litigation solicitor for 38 years, dealing mostly with breach of contract claims. I stand by what I have already said.

I have been a specialist commercial litigation solicitor for 38 years, dealing mostly with breach of contract claims.

Are you available pro-bono, to restore a sense of justice to the wine world by reuniting a magnum of '09 Musar with its rightful owner?

Joe, I no longer hold a Practising certificate…