Now that the summer holidays have begun, we went up to Oban for five nights and stayed in a lovely little holiday home in a village called Dunbeg. My in-laws came with us because it was their Ruby Wedding Anniversary. I put together a tasting menu, with the courses chosen by the happy couple:

Coffee and Tea
with after-dinner chocolates

We started the afternoon off with a magnum of Rosé Prosecco from M&S. However, I think my father-in-law’s favourite wine was The Society’s Exhibition Gewurtztraminer. This went phenomenally well with the smoked salmon, soft cheese and sweet chilli salad. The Coteaux du Layon Saint Aubin, Domaine Cady 2018 also goes amazingly well with Roquefort.

For an all-purpose foodie Champagne, we recommend this house favourite! The house style of Alfred Gratien, providers of Society bubbles for over a century, is influenced by longer fermentation, oak ageing and bottle maturity, and the resultant rich, rounded flavours make it a glorious accompaniment...

Predominantly from the grand cru vineyard Sporen and in a rich and powerful vintage, this is a generous, creamy gewurz, lifted by hints of citrus peel on the finish. The Hugel estate is one of the best-known houses in the Alsace region of France, with a reputation for excellence going back to the...

Winner of a Silver medal at the 2019 Decanter World Wine Awards, this is a smooth, savoury and stylish reserva from La Rioja Alta in the very successful 2013 vintage. Graceful, mature and made from 100% tempranillo, it was aged traditionally in American oak barrels and is now showing vanilla and...

Delicious young dessert chenin of absolute purity from young Alexandre Cady. A beauty of a wine now, this will develop greater complexity over time in bottle.

I couldn’t resist putting in a few photos of our expeditions, mounted from Oban, such as Tobermory and the Jacobite (Harry Potter) train from Fort William to Mallaig. 10 points to Gryffindor! 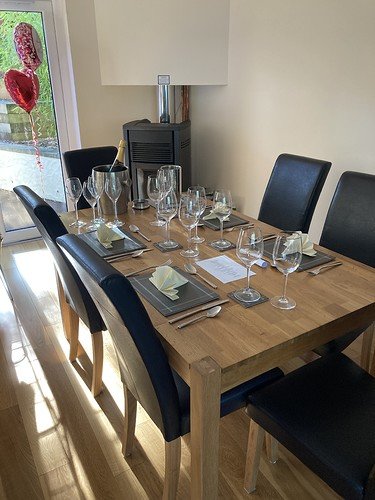 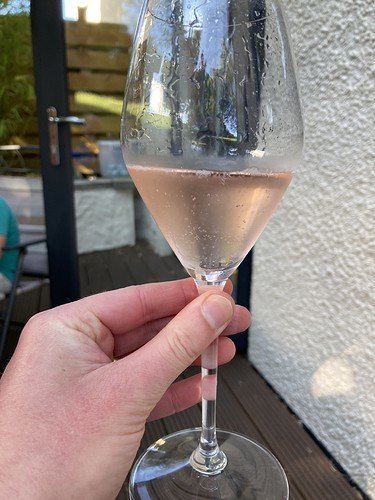 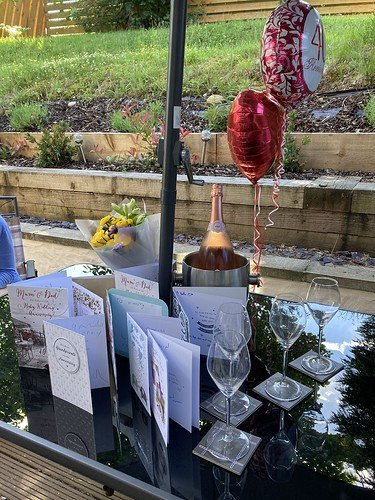 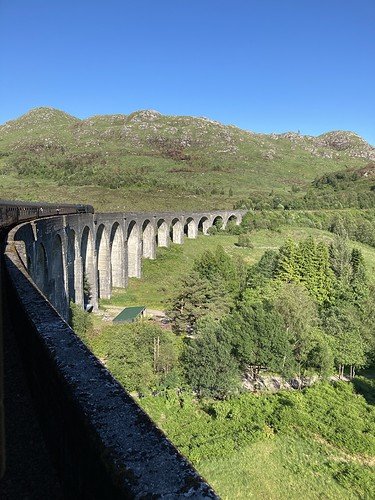 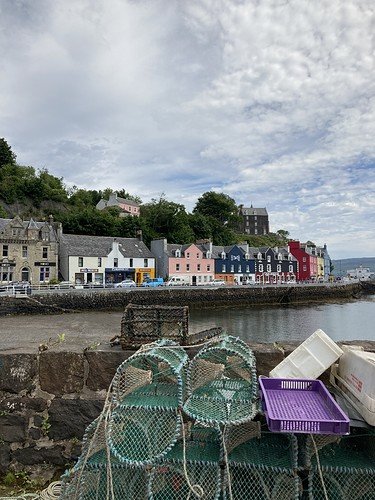 Agreed - I used to regulary buy it.

What a great summer break!! 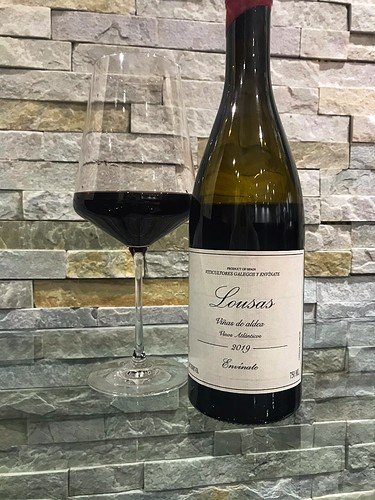 image3024×4032 2.03 MB
An almost Ethereal wine I’ve been sipping on this week .
I really love the wines of Envinate so I grabbed a few of these from the Sourcing table.
There’s real elegance and purity of fruit in this wine. 90% Mencia from south facing slate and schist vineyards in Ribera Sacra. Viticulture is organic, yeasts wild and 40% whole bunch fermented in open tanks.
It spends 11 months in neutral oak before bottling .
It continually appears to develop in the glass with wild red berries, violets, strawberry and oddly enough a hint of Szechuan pepper.
The tannins are fine grained and the finish has a precise lingering freshness!
Unfortunately I had to share it as a friend popped over

Great celebratory feast, well done! Did you make it to the Seafood Shack in Oban? We stayed not far from Dunbeg, on the shore of Loch Linnhe a few years ago.

Had these two yesterday with some barbecued rump steaks. The fizz before, the Barolo with. Both from the recent Waitrose 25% off offer.

The Bacchus sparkling had pure peach fruit with a slight pithy bitterness. Went down very easy. The Barolo had half a day air and transformed in the process. Was great with the steak. If there is such a thing it was typical, just what you expect to taste and smell. I know it is young and probably should not have drunk it yet, but there is plenty more 16s in storage that will be held longer. Sometimes you just need a tannin boost… 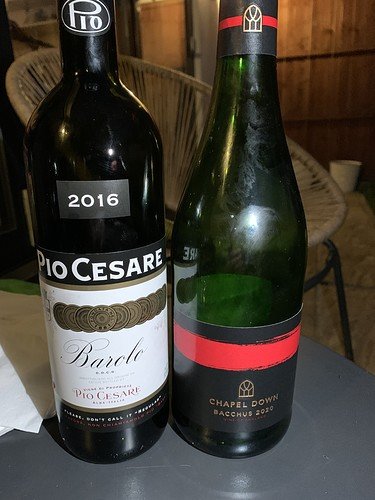 Barbera is right at home up in the northwest of Italy. It's a very versatile and adaptable grape variety that can result in wine of all kinds of styles, from light to intense, dry to sweet. The Anello Barbera comes from a vineyard area up on the...

Whilst not inoffensive, it was also not exciting… in the slightest. Easy tannin-free gluggable wine which is pretty much what I expected (and why I opened it with about 50% destined for the veggie bolognaise sauce I was cooking). This about sums up my experience of Barbera; I’ve had several but never been bowled over by any of them. Came from a free case from one of our suppliers so I can’t really complain!

Showing some notes of mellow maturity, cedar, tobacco and leather, but still with a firmish and vigorous palate, this red from Argentina is so lovely now, but will still improve.

This one last night, it had been lurking in the cupboard from last year and conscious we might get some hotter weather.

We were having ribeye steaks so decided to have this one, having had a bottle last year which was great. Decanted a bit too late so was a bit wow and full on for the first small glass, a bit full on for the long finish. Whilst we are pretty much red wine drinkers, it did make me think about seasonality and this is more of an autumnal wine, and whether our preferences are changing. Mmm, more wines to try out then

So I really need to stop spending money like there’s no tomorrow. I’ll maybe start tomorrow?

Each year we set aside some money for a weekend break over the anniversary of getting together (many years, shared mortgage, joint bank account et cetera, but we’re not married). We still obviously had last years money still set aside as well as this years. Since we still can’t really go away properly “we” decided to blow it all on one meal out.

I have to say it was one of the most enjoyable meals out I’ve ever had. Yes it was full of tasty tasty 3 star pretension on the plate, but it was also all far more human, the staff more welcoming and just generally nicer atmosphere than any other restaurant like this I’ve been to, while still maintaining itself as clearly a restaurant at that level.

Many wines were had (we had a different tasting menu each, both with their own set of paired wines, only ever meeting for a 2009 Grand Puy Lacoste with my lamb, hogget and mutton and her beef with oyster, plus Gusborne pink fizz to start and a dram to finish). My highlight wine was was a 2019 Granache Blanc from Swartland made by Donovan Rall (really? I liked a big white from a new wave south african producer? who knew?). loads of stone fruit, dried herbs de provence, ginger and an incredibly long smokey finish. Worlds of nom. Also paired insanely well with buckwheat and girole tart.

My partners favourite was a 2018 St Peray Les Figures from Bernard Gripa. I can’t give you a tasting note as it’s the only one I didn’t really get a look in on!

What a fabulous meal!

Claire Smyth, another Gordon Ramsay protege, despite taking some stick Ramsay has done a lot for quite a few chefs on the up.

Yes. She was head chef at his eponymous restaurant when I ate there.

Without wanting to detract from his own historic ability, but he’s key skill seems to have been finding and training chefs who are even better than he is.

It was, thank you! I think a lot of the food would be right up your street, too. Up until the mentioned mains, everything was either fish or veg based (although with meat garnish in the case of Jen’s carrot course). I’m loathe to say less fatty than most three star places, because while it was I don’t want to give the impression that I don’t still feel ropey today from Thursday’s consumption. The wine was interesting enough to please me, but also safe enough to please people who just want a nice claret (which the '09 GPL was, if not mind blowing).

I am still uber excited about it several days later too. It may have gone to the very top of my “if you have just one ridiculous blow out meal ever, go to…” list.

Sounds like a brilliant meal, and you got me thinking about my wife’s birthday in a few weeks (although last night’s enthusiasm was partly fuelled by a couple of glasses of rosé in the sun & a slug of bordeaux with dinner).

I can’t really cope with tasting menu wine pairings any more as the quantities of booze, and ratio to food, are all wrong for me. I’m three quarters cut by the time I get to the main courses. But it looks like Core has a good selection by the glass & half bottle too. (including Château Palmer ISTR, 1988 was it?).

We sometimes split a pairing between the two of us so we get a taste of each wine. Unfortunately because we were having both tasting menus between us, we also had to have the different wine pairings.

For the sake of not spending the whole night reading the wine list, I did not read any of it!

We went there March 2020 and I still remember this and the potato dish. Definitely the best meal I’ve ever eaten - they were still a 2 star then. Thanks for the memories!

Great solution. Why have I never thought of that.