Sister in law’s new beau provided a 2009 La rioja alta GR, fairly certain he will fit into the family splendidly. Slight brown tinge at edge of glass and when less volume in glass. Nicely smooth with slight acidity. Terrific nose as expected. Black fruit on nose less present in mouth, same next day. We are benefiting from exchange rate whilst away so two are on the way to be enjoyed at some point over the summer. 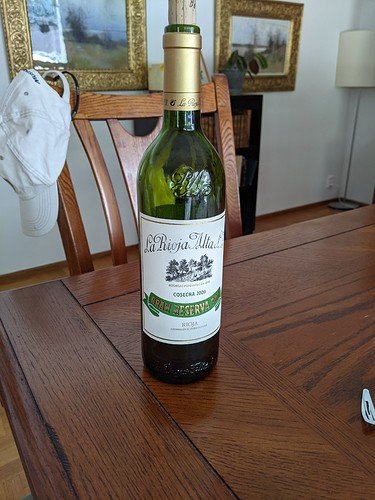 Enjoyed a Fat Baron touriga nacional on Tuesday evening. Quite surprised at just how lovely it was having been taught by a wise chap that the quality of a wine is invariably inverse to the garishness of the label. I wasn’t expecting much given: 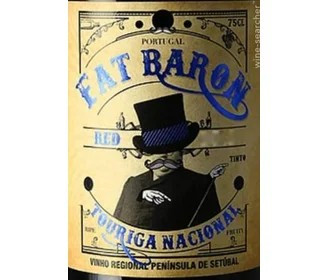 A bit of research later discovered is main grape in port which is one of life’s joys. Will be opening a crasto duoro as soon as I get home to check if I have hit a rich seam with touriga nacional.

First try of a Cornelisson wine, Susucaru 2019. It’s certainly not average. The colour straddles the light red - dark Rosé divide. I gave it a little chill as instructed on the bottle. 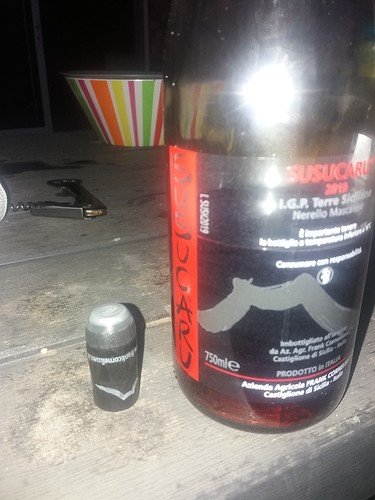 Nose I’m not very good at but it smelled a bit green. Did not taste like it the smell. Pure sour cherry flavour at first, followed by tingly acidity which morphed into the famed minerality. A taste of this wine will win you over to this descriptor. There is plenty of it along with a pleasant bitterness.
So it was interesting, in some ways a bit like a white with acidity providing structure rather than tannin. The long mineral finish is, I assume, the big draw. I’m glad this exists and can well imagine some people loving it. For me this was more interesting than it was delicious.7

Nice!
I think I may have taken a red to a steak house though!

By chance came across the following whilst doing a little B’X EP research. Not sure I approve, also not sure I know enough to disapprove. Perhaps is needed in face of rising temps. 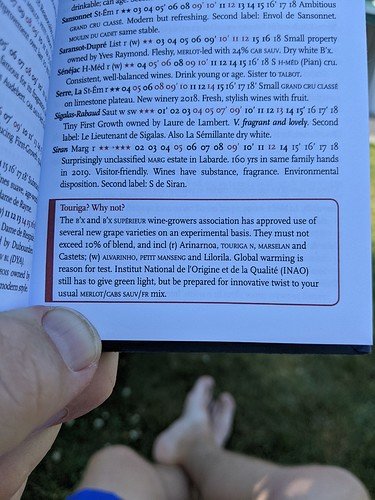 As for Petit Manseng, I’ve always felt that that was a bit of a marriage of convenience, due to the fact that it’s just a more interesting grape than any Bordeaux has to offer in white. When it’s grown on the hotter, lower west of Jurançon it can give quite high abv’s and quite slab-sided wines these days. It won’t necessarily help with climate change, unless the conditions for noble rot decrease with the rise in temperature? I I would have thought not, but if that is the raison d’être , fair enough; it’ll take paserillage until the cows come home

And tonight, from the recent mystery case: Chateau Beaumont 2014. Would have been around £14 - and regretfully no longer available because it is drinking so well right now. Hasn’t quite the refinement of a £30 cru classe - but it’s not far off & excellent VFM. I imagine it needed the 7+ years to become decent.

Or as Berry bros say: medium to full bodied, dry, well-balanced clarets, with firm but supple tannins, and wonderful cassis-scented, sweet, black fruit. Quintessential gentlemen’s claret. - sexist ! I shall be writing to the Times.

With beef carpaccio & the first new potatoes from my garden (charlotte), oregano pesto.

Making Flammekueche this evening in this kitchen of ours that still looks like a scene from the battle of Naseby (oh, I love the smell of Danish Oil in the evening!). I would usually opt for an Alsatian white, but decided to fight the impulse and opened a Sicilian Zibibbo (aka Muscat) instead: 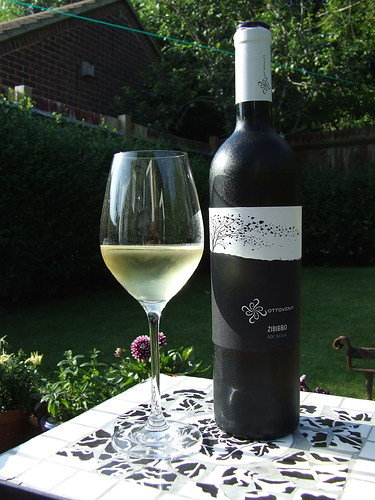 This wine scores high on both scent and flavour. There’s the tell-tale grapey note on the nose, but also lovely floral notes (jasmine, citrus blossom), spiced pear, rose water and exotic spices. It does that usual dry Muscat trick whereby the nose suggests a sweetness that is then met by a surprising dryness on the palate.

There are notes of lemon, ripe grapes, white blossom and pear on the palate, coupled with delicate honey and a bitter citrus pith on the (rather long) finish. It will work as an aperitif, for sure, but seems a good food wine too.

A winner for just over a tenner! Well done WS

Battle of Naseby, Danish Oil & Flammekueche, all in the same sentence! That’s a University education for you.

That’s a University education for you.

And an English University Education, at that! There is hope!

Certainly been reaching for the fridge stock rather than the big reds this week. 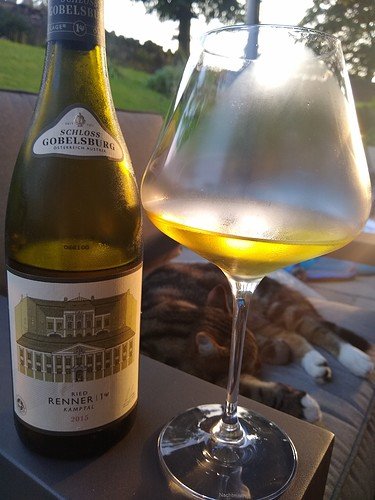 Schloss Gobelsburg produce a wonderful range of fine wines, and this grüner veltliner is a benchmark example of Austria's signature grape. Pepper and pear notes on the nose, and plenty of citrus on the tight bright palate. 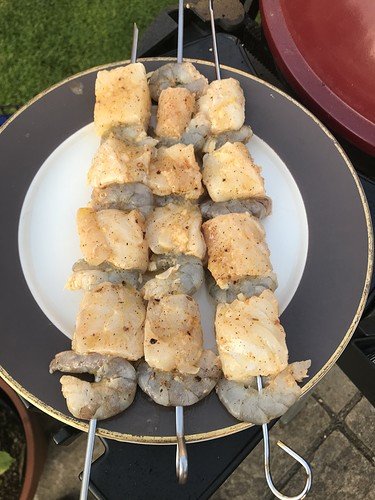 With a this delightful white Lirac from Maby, sadly one was corked. Rich and unctuous and worked with the garlic, lemon juice, TWS Olive Oil and Cajun seasoning. 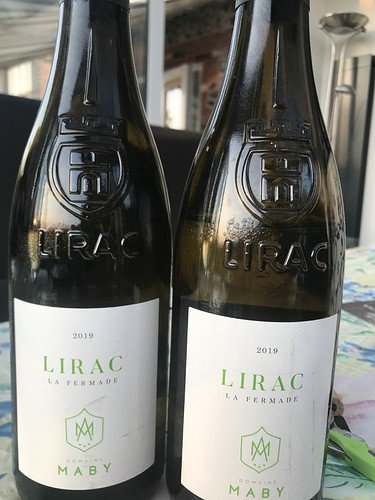 Small seafood feast last night to celebrate being back together with family. Lobsters, king crab legs, prawn and smoked prawn and prawn mixed with dill. Had to make some quick decisions on drinks as not easy to buy booze in Sweden. A mostly pinot noir cremant with some gamay and chardonnay. Saw the word cremant and incorrectly assumed from Loire but turned out to be from burgundy. Inoffensive but probably in wrong price bracket to be anything more.

Followed up with an Anne Santi from Umbria again provided by the new beau . Made from trebbiano grape. 10 months in terracotta with skins Wonderful golden colour in the glass. Strong nose of green apples, some melon perhaps. Had a slight spritz to it, blindfolded could have called it as a cider, I am not experienced. Great freshness that had my mouth watering. Apparently only 500 bottles per year but will be trying to track this down at home. Not a fine wine but certainly very enjoyable particularly on a warm evening.

Unfortunately, I hadn’t realized that the steak had been scored and marinaded in soy and black pepper until the wine had been in the decanter for an hour or two.

Wine was lovely as was the steak but the sweetness of the soy marinade did not make the two a great paring.

Still, after an unpromising start, I very much enjoyed the rest of the wine during the course of the evening even if keeping it at an optimum temperature during this heat was a right faff.

The left over steak also made a great stir fry with ginger, pepper, chilis and noodles the next day.

We arrived in Criccieth (North Wales Coast) on Saturday for a week in a self-catering apartment overlooking the sea.to spend time with son (D) and his partner (K). Unfortunately and fortunately he’s only working mornings, on short time because of Covid’s effect on the travel business. Unfortunate because he’s on short wages, fortunate because he joins us for lunch, afternoon and dinner.

The Met Office has issued their first ever ‘extreme heat’ alert and it covers Wales!! It’s pleasantly warm, but people who in a normal year would holiday in Spain or Florida or many other places would expect high 20s and low 30s and all day sunshine, which is what we also enjoyed. 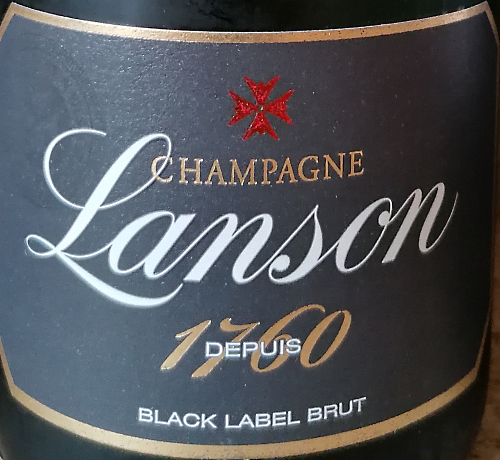 then I opened the following 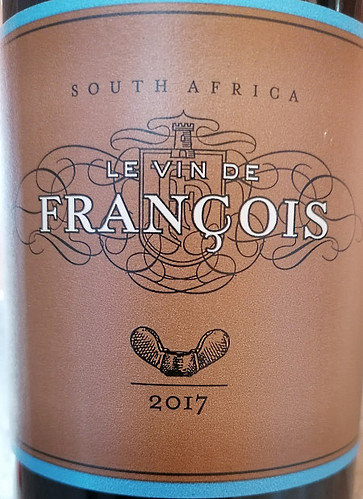 Tuesday D made a booking at Dylan’s five weeks ago otherwise we wouldn’t have got in, so we met K’s parents and the six of us enjoyed 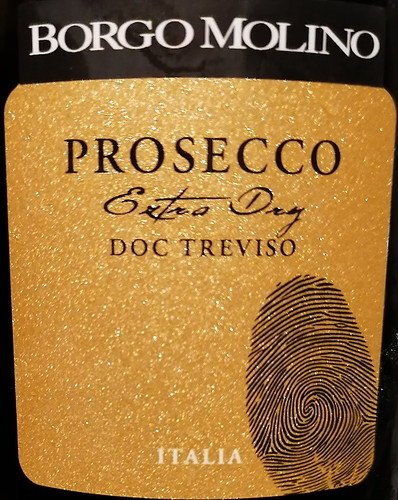 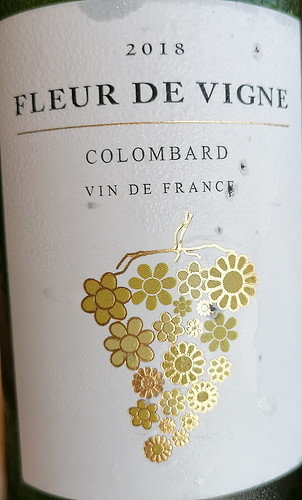 20210719_Weekday-wines-Tue-2500×826 131 KB
2018 Fleur de Vigne (France, Vin de France)
Mrs M was having fish pie, so this white Colombard, which is one of her favourite varieties, was the obvious choice. I felt it my duty to have a taste and it was nicely crisp with a good food-matching spine of acidity. 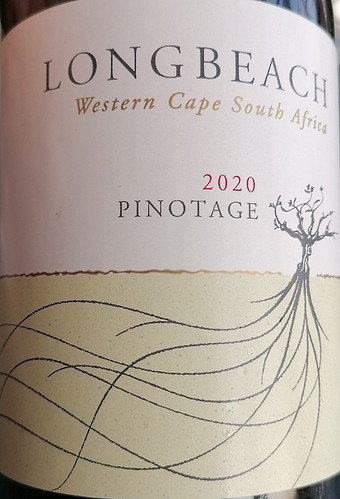 Wednesday Dinner at Grapes with Mrs M’s cousin C and husband S. Because Wales didn’t relax rules on Monday we were limited to six at table, so C&S had to leave their adorable children behind. C&S bought a place on the top of a remote hilltop behind Bala from where they make a living keeping sheep, freelance gardening, growing flowers for sale via Ebay, breeding dogs, and now they’ve opened a B&B.

Surprisingly good pub food and wine, we had 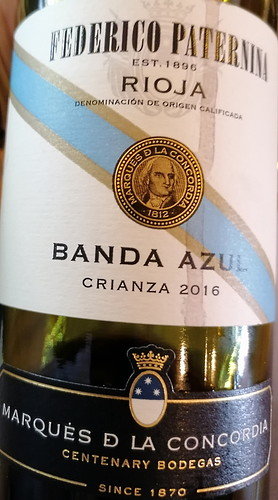 Thursday All the lunch venues were packed and turned us away so we headed to the vans outside Dylan’s and managed to get a picnic table on their deck. One van sold a limited (choice of 5 items), other van sold drinks but had run out of bottled still water and white wines. So we had 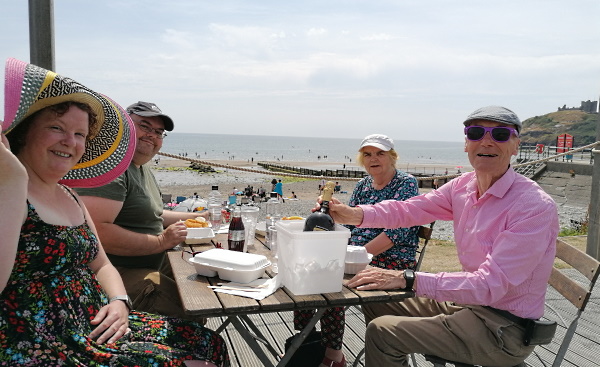 (From left to right K, D, Mrs M, Mr M. K charmed an ice bucket for the Prosecco, pictured, from the restaurant. )

In the evening we had a takeaway from the famous Castle Fish & Chip shop. By going on Thursday instead of Friday had a much shorter queue and I only had to wait 40 minutes. But the only fish left was large Cod portions so that’s what we had, along with 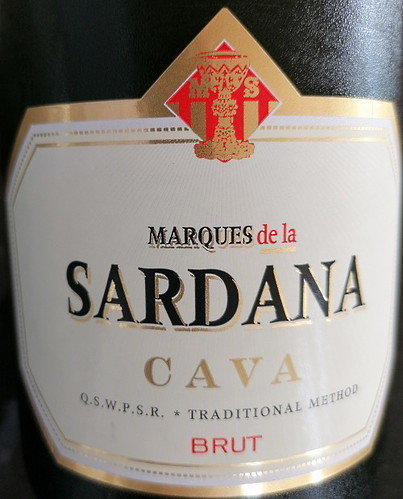 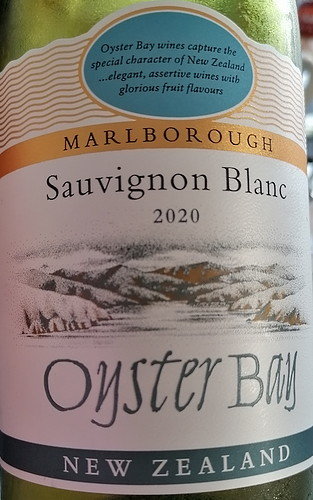 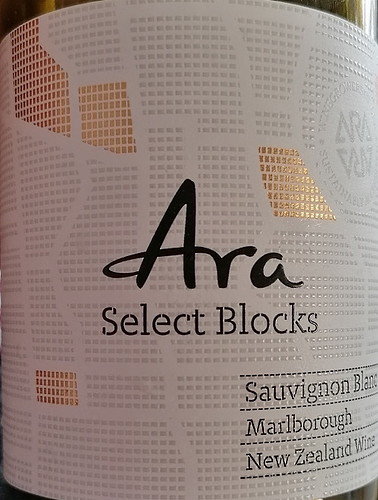 and, of course, Mrs M’s favourite 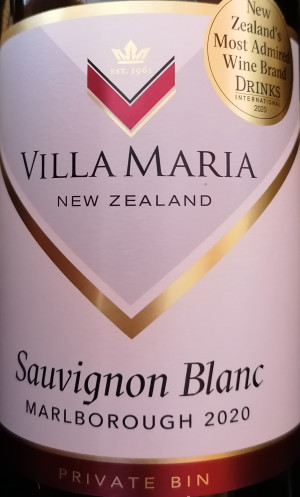 That’s encouraging! I have a couple of 2015’s of that I need to open and was thinking of one of them tonight!