On holiday so will get this going. Always feels outrageous to be drinking on a Monday. Enjoyed some champagne and now on some pleasant Rully. Forest floor, mushrooms, red currant, red cherry, plums, smoke and a touch of sage. Some tannin that’ll integrate as we go. A good start to the week.

Would post photo but wifi where we are is playing up.

Cabernet Sauvignon not my usual go to, but enjoying my second bottle of the 2010 D’Arenberg The Coppermine Road tonight. Restrained elegance, delicious, still young. Hint of eucalyptus, just enough not to distract. Slightly charred steak with black currant jus. Classy. 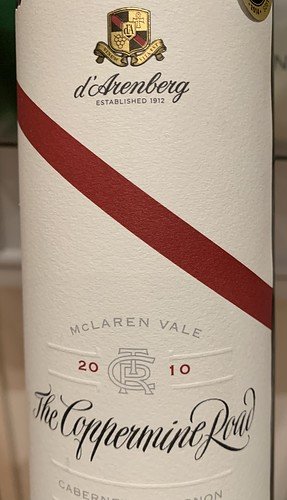 wifi where we are is playing up.

Enjoying a great wine whilst still in the ardeche. Sitting outside making the most of the great weather.

Visited Domaine Maby last week, all their wines are great. Very welcoming winery and managed to taste most of their reds.

This is exceptional, very rich, tonnes of dark red fruit on the palate. Very full bodied. The Society has the 2017, I think the 18 is even better. They said this would age brilliantly for 15 years or more. Their Lirac would age for another 10. 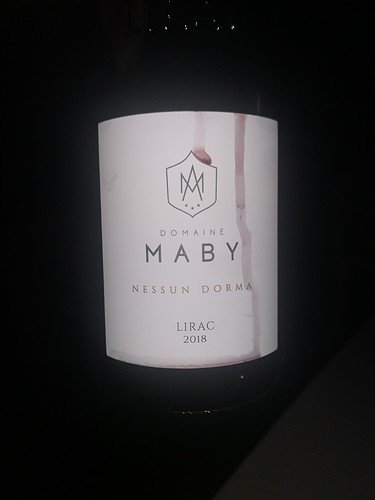 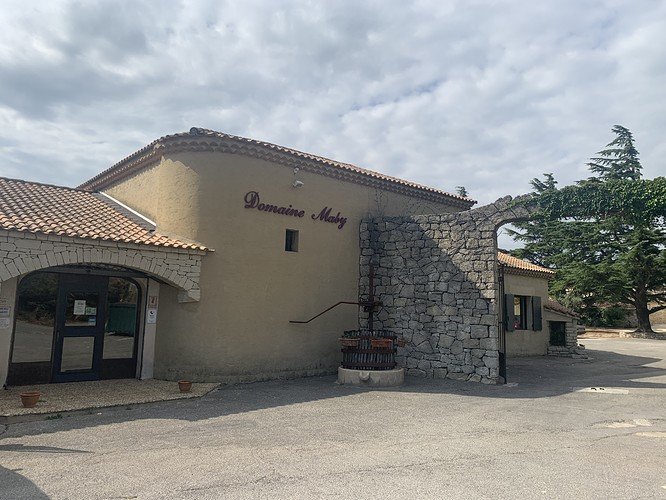 From the owners of Rol Valentin in Saint Emillion (previously a wine buyer for E.Leclerc).

We had this at our wedding as it’s an in-expensive but good quality Bordeaux. Blackcurrant, tobacco and a little green pepper on the palette. Tannins and fruit are now starting to calm down, although it still packs a punch. Fantastically juicy with burgers today!

We were in Costco yesterday and despite some suspicion at how rich “late harvest garnacha” might be, I picked up a bottle of this just on the off-chance it might do a job for BBQs etc - a 2015 Paniza Última Garnacha Edición Limitada. In truth it was the 2015 that piqued my curiosity as it marks the birth-year of our boy.

Unfortunately, it’s a brute IMO - almost like port, and very hard work; even the nose knocks your head off. Not my taste at all, and wife’s neither. Shame, but there you go! 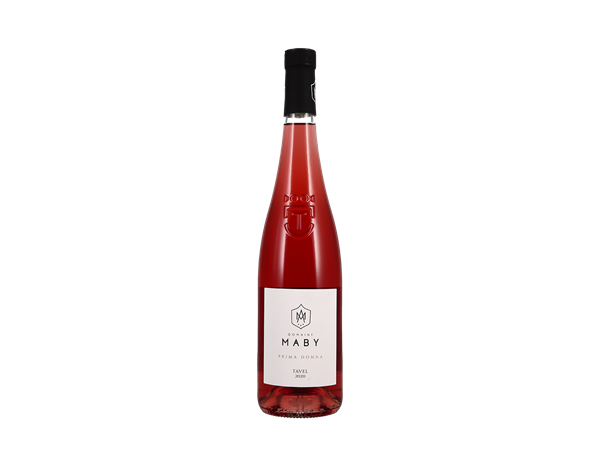 This, however [and interesting to see your post above @Winestwit], rescued our night - a Tavel Cuvée Prima Donna Rosé, Domaine Maby [2020]. One of my go-tos, and in fabulous form as always, albeit I tend to prefer these once they’re a bit older and have calmed down a bit. I love a full-bodied thumping rose, and this is one of the best IMO.

I’ve got a few of the Libiamo 2017s in the wine fridge too, which I’m planning on sitting on for some time yet. They’re even better IMO - indulgent, rich and almost glycerin-oily in texture - though probably not to everyone’s tastes as they really do pack a heavy rose-punch and - for my tastes - need a hearty food to keep them in order.

Bit of an indulgence for a Monday, but I managed to sit calmly through a dentist-job today, in my self-induced trance, and I’m celebrating; as a bit of dentist-phobe and then some, my heart is still pounding. And it was only a standard teeth-cleaning session! Yes. I am utterly and dismally and ashamedly pathetic when it comes to my teeth. 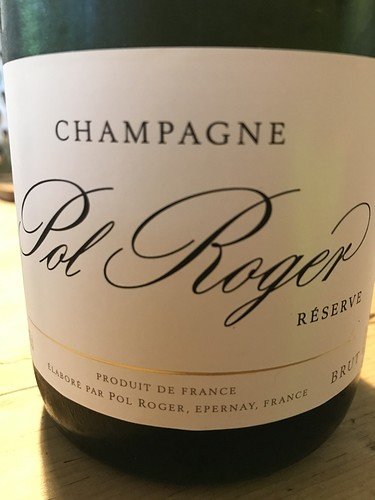 Something rather louche about champagne on a Monday night. I don’t really need to do a note, it’s the same as all the others and this represents a kind of showing off on my part. But light, clean, composed and sophisticated. Perfect. I often get a headache from it though.

One of my go-tos, and in fabulous form as always

We tried this as well, both loved it. I have one in the fridge for tomorrow. Definitely looking forward to it now.

Bit of an indulgence for a Monday

We didn’t try this and now perhaps regretting so, however I did buy a few bottles of this Bel Canto - Domaine Maby can’t wait to try it again in a few years

I can imagine that being very very nice indeed :~}

I really rate Maby wines from those I’ve had, I must say - never had one that I’ve not at least very much enjoyed, whites roses & reds. Tasty, confident wines, and great VfM too I think.

Enjoying your posts on Dom Maby….Did you try the 2018 La Ferrande?

This I think was on release highly praised by JLL in the context of quality and vfm.

I had the 2019 over the weekend and I’m sure I had the 2018 a couple of times from the Society. Thought the 2019 was as good as the 2018. It’s great value for money despite the price increase earlier in the year.

One of my highlights of the trip to the region was going to the winery.

My sympathies re dentist fears. I used to be so scared - mostly of the sounds and equating that with pain from crap/sadistic dentists in my youth - that I would take an iPod and headphones. Playing music so loud that it drowned out the sounds was a definite help. Eventually I managed to let go of the headphones as dentists and their pain relief techniques improved. A by-product of having to go private!

sadistic dentists in my youth

Looking back, I have serious suspicions about my school dentist’s dark pleasures. She used to hum songs from the musicals while drilling my teeth and inflicting pain.

But ever since then, dentists (all NHS or equivalent) have been just fine.

Thanks Jaykay. I’m honestly not sure what it derives from; it’s not so much the pain per se, I know that. I think it’s partly something to do with being stuck in a situation where one feels very vulnerable; partly a “what if they slip with that drill / tool?” thing; and partly just not being able to see what’s going on. Whatever it is, the one thing I do know is I’ll get sleepless nights before any dentist situation, even just a check-up! And it’s the same even if I’m put out cold.

Some years back when I was 18, I had a double-trouble set of surgeries at the same time - a complex and long operation to start a leg-lengthening procedure [break the femur and separate the ends, and drill in a mechanical stretching device to both ends of the femur either side of the break, which I then had to wind up a few notches each day over the next 5 weeks and literally lengthen the gap between the break. Ouch. Very ouch]. And 4 wisdom-teeth removed while I was under the GA. Despite the scale and nature of the first op, it was, absurdly, the teeth one I was “concerned by” as they wheeled me into theatre! Work that one out if you can; I certainly can’t :~}

And I just remembered that after a gap of a few years after I first left home I was driven to see a dentist by tooth ache and feared the worst. Just needed one filling but more notable for the fact that the dentist was called Mr Nutter

TWS exhibition Pomerol 2015, opened yesterday - my last couple of bottles which are now relegated to ‘meh, midweek’ drinking. Not actually bad, but just plain and simply not up to Exhibition standard, especially given the much admired 2015 vintage & the £20 tag.

If I was being generous, perhaps it’s going through a sulk & might emerge much improved in a few years. However my Merlot £’s will be spent elsewhere, well away from Moueix.

Hitherto convinced that the highest altitude vineyards in Europe were in Sierra Nevada, Grenada, Spain @ 1400m (this discounting Teneriffe, which is not really in Europe) It seems the winner is, in fact, Cyprus. We went up to a vineyard having Maratheftiko / Xyinisteri in cultivation at 1503m, and then visited Ekfrasesis winery which has higher-still pinot noir growing at 1550m.

We bought a bottle of that pinot. Yes, Europe’s highest vineyard wine variety. €30 a bottle, don’t get me wrong, it’s lovely, and here’s the but, very similar to the English 2018 PNs that are on the market. Honestly, Dead Ringers, and you do wonder what’s the point.

Anyway it was very nice with barbecued chicken and salad

The Mandari mountains of Cyprus - highest vineyards of Europe 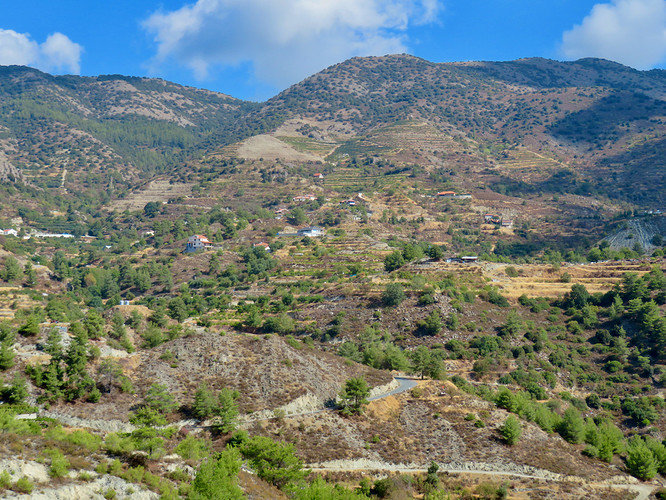 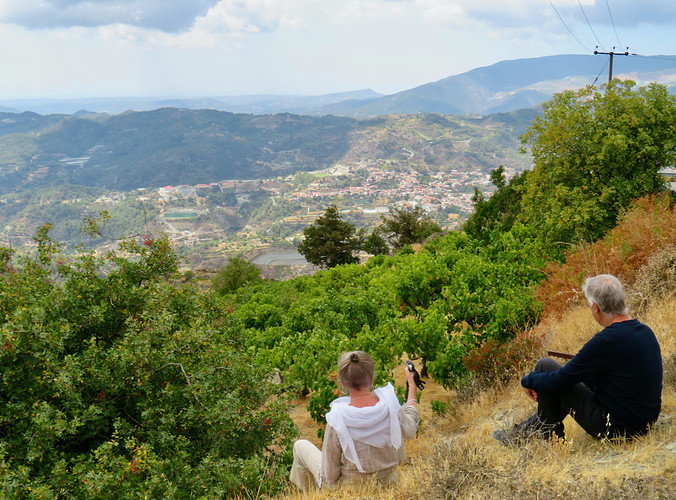 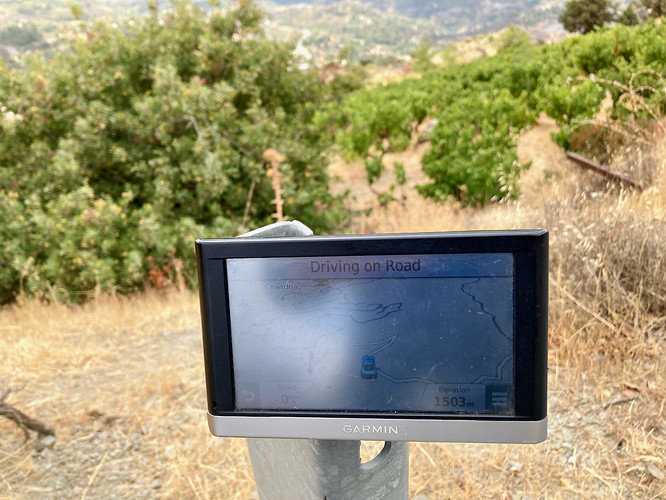 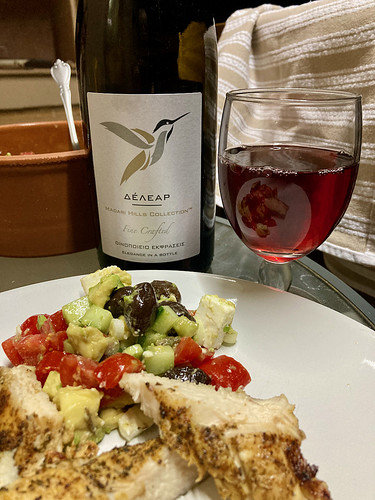 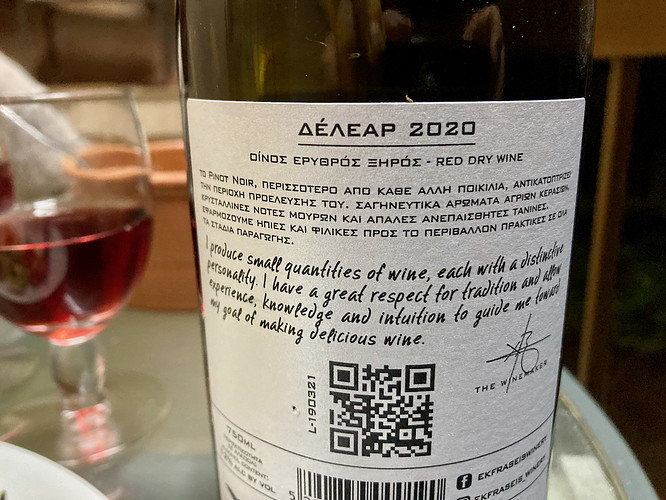 Regarding dentists. Although my present NHS one is brilliant, I too was phobic for many years and ended up paying a heavy price with tooth loss ( another one, which helped secure my top dental plate, eventually fell out 10 days ago ) so do try and look after your teeth and gums as, please believe me, you won’t regret it as I now do !

@Winestwit, I’m seriously envious of your visit to Domaine Maby but great to hear you thoroughly enjoyed it !

@crocos , I can only agree, that Tavel of yours is a super wine. 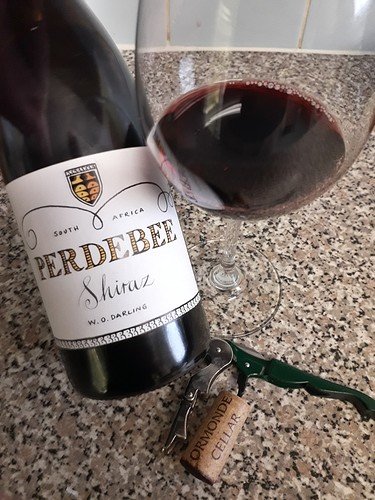 …with a duck breast, parmentier potatoes and buttered sweetcorn ( which I had to scrape off the cob for reasons previously mentioned ). It’s a 2017 from Ormonde Cellars and from grapes grown in the Darling W.O. in South Africa. Ripe plums, blackberries and peppery spice on the nose and palate. Juicy, vibrant and lifted flavours thanks to its fresh acidity with resolved tannins providing a bit of food friendly grip. Very much a shiraz, as opposed to the almost Crozes-y 2015, but just as enjoyable all the same and £10 very well spent.

All the best everyone especially those of you with work commitments.

A lovely combo this evening - Pulpo Gallego and this Albariño from Paco & Lola: 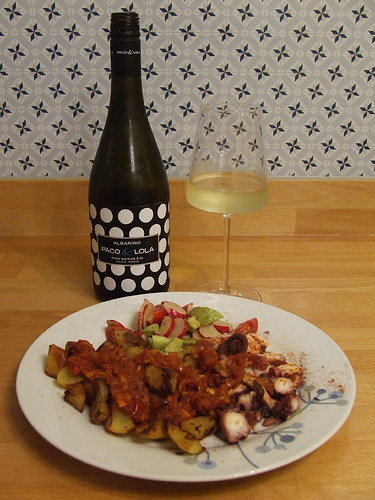 Yes, it’s not a Fefiñanes or a Granbazán - but it’s oh so delicious and worked so well with the food! It’s probably most reminiscent of the freshness and approachability of the Pazo de Villarei (beloved by many here), and brings to mind peaches, mandarins, pink grapefruit, jasmine and the liquor in which oysters nestle.