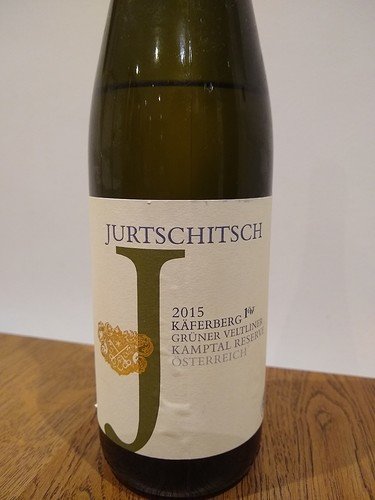 Past the TWS drink by date (by 13 days) but this is delicious.
Stone fruit and spice with a slight hint of nuttiness (maybe a trace of something oxidative) but this adds to the complexity. Long finish.
With sea bass. 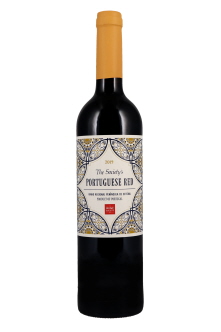 A new baby from Portugal and the sandy coastal region of Setúbal south east of Lisbon. Local castelão, which is all juicy red fruits, is complemented by 10% alicante bouschet which brings darker notes of black fruit and smokiness.

In an effort to rebalance my wine purchasing and allocate funds towards the EP / FWL for the next two months, I’m reminding myself how good TWS are at this price point. Yes, it’s a little one dimensional. Yes, it’s a simple pleasure rather than a complex sip and think wine. But, yes. it’s also less than Starbucks would charge you for two sub-standard coffees. So for a weeknight wine, at this price point, it’s pretty good. Fruit driven and extremely pleasant.

I agree - I think it’s great for the money and I always try to have some in the racks.

Without wishing to deviate from the thread subject matter even further my first foray into bubble gum was much earlier than drinking wine made by carbonic maceration. The early mid 60’s saw the rise of bubble gum card packs, the first being a set of cards from the American Civil War. They were I think 2d each pack and you got a piece of bubble gum, two cards and some Confederate money! Pocket money was regularly blown away by Saturday lunch time in the sweet shop.

Some pretty gruesome pictures on those, I recall. I’m sure they wouldn’t be allowed today.

Every year, Bordeaux buyer Tim Sykes keeps his eyes peeled for the perfect claret for Christmas: a wine that's perfect for drinking now and which offers excellent value for money. Château Peyrabon, Haut-Médoc 2009 ticks all these boxes, and has the added bonus of being from a superb vintage. With...

From just outside the Pauillac appellation, which gives you a clue as to the style. Full bodies with classic cedary claret aromas and quite concentrated, yet balanced cassis fruit. Really hard to knock this wine in terms of value, still tastes fairly youthful for an 11 year old wine. In the “goldilocks” zone of being neither over extracted nor weedy which can both be issues (for me) with red Bordeaux.

Not absolutely top drawer, but just surpasses my expectations of a claret at this price level. Better than many more expensive wines from lesser vintages

Full-bodied, fruity grenache-syrah blend from Rasteau in the Rhône. Ample, spicy and round with deliciously ripe and juicy fruit

Too hasty on the order perhaps. Anyway, it’s delicious so buy it but get the 2017 first and save a pound.

Seems rude not to revel in some Rhône this evening, what with all the excitement in the air… so St Cosme Côtes du Rhône it is: 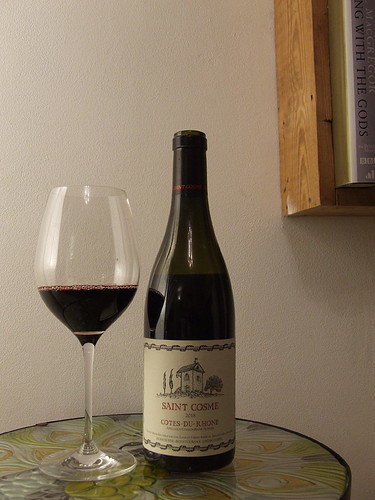 I’m hanging on to a bottle of the 2018 ‘Les Deux Albion’ for a bit longer, but thought the 2018 of the more straightforward Côtes du Rhône would be nice with some goat burgers this evening.

This is 100% Syrah from vineyards located in Vinsobres (according to their site), and it’s hard to fault. The pleasant surprise was not to be hit on the head with the 14.5% ABV… it is surprisingly light-footed and incredibly fresh on the palate!

The nose has mainly primary fruit (plums, blackcurrants, maybe even a touch of raspberry), with some delicate floral notes and a twist of black pepper. On the palate it’s wonderfully vivacious, fresh and fruity (blackcurrant, bramble), with nice pepperiness and perhaps a touch of dried herbs; thankfully no traces of the sort of jamminess you can sometimes get in a CdR. I’m missing a bit of a savoury note, but really - there is nothing to complain about. This is delicious stuff! 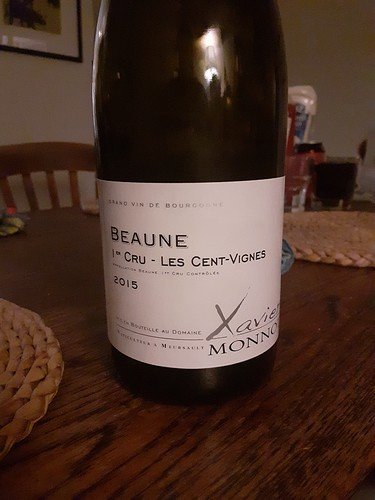 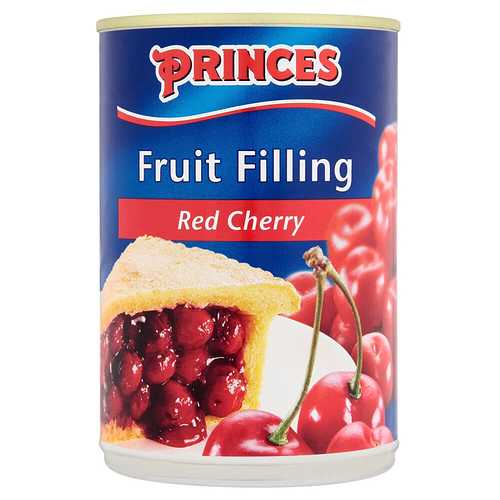 The exciting Rhône region of Cairanne and the experienced hand of the Perrin family combine to give a very wellrounded, ripe-tasting 2018 that has a lovely core of black fruits and spice.

Reminded me of when first opened.

Settles down to a nice, slightly spicy, fresh and ripe drop.

Like life under lockdown where every week seems the same, ditto our dining and wining.

One reason is that we can’t rely on getting what we order, so the more ingredients needed for a recipe, the more chance there is of not getting one of them. There isn’t the ability to say that if one of these isn’t available you don’t want any of them.

So, Monday another roast with the rest of Sunday’s chicken accompanied by a wine new to us: 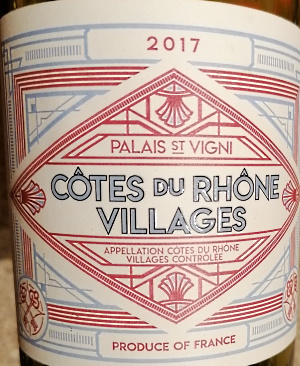 2017 Palais Saint Vigni (France, Côtes du Rhône Villages)
From Tesco, bought during Lockdown No. 1. Thankfully only one bought as this was very disappointing being thin and flavourless. A shadow of a CdRV. 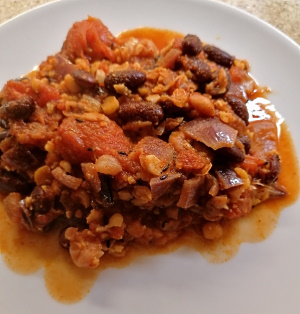 Chilli sans Carne with warm pitta bread we had 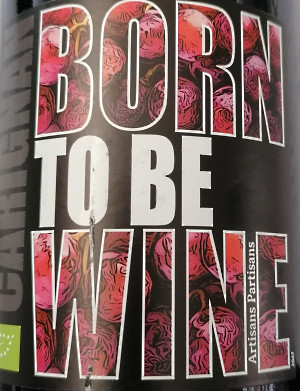 2019 Château Ollieux Romanis Carignan Artisans Partisans Born to be Wine (France, Vin de France)
We’ve had this before and I bought more. It’s jolly nice, but at £10.95 I don’t think it’s twice as nice as the old-vine 3C Spanish Carignan TWS was selling at half the price last year. The name, Born to be Wine, is a pun on the Steppenwolf song Born to be Wild.
No, me neither.

Wednesday Mrs M’s favourite pasta dish (I wish we had the Puttanesca sauce more often, as I really like it and it’s easier and quicker to cook) 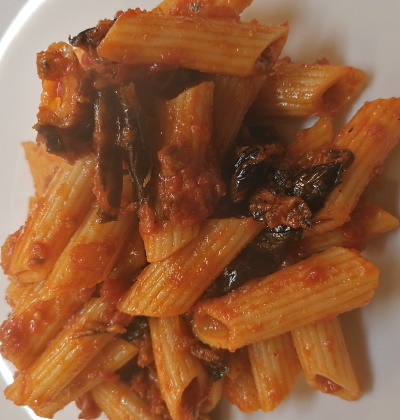 Penne with Aubergine in tomato sauce and mixed salad, and (tra-laa) no-brainer™ 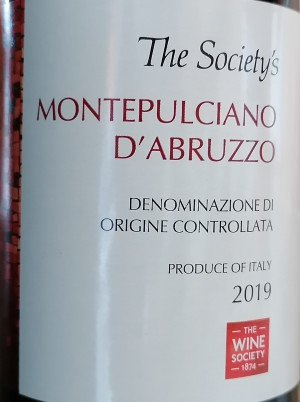 Thursday Mrs M graciously decided the cook could have an evening off cooking duties and that we have a supermarket Indian - Chicken Shashlik for her, Jalfrezi for me, plus naans, rice, and Vegetable Masala, with Mango Chutney. All I had to do was defrost, heat and serve the dishes, warm the naans and boil the rice. I have to admit, naans apart, the food was as good as a takeaway from most Indian restaurants, and the wine better and an awful lot cheaper. 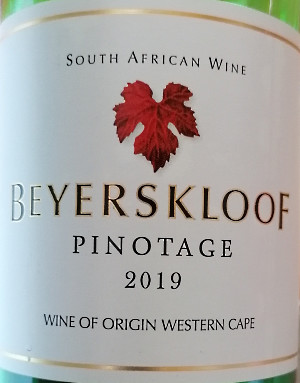 2019 Beyerskloof Pinotage (South Africa, Western Cape)
Seemed to get more drinkable more we drank…
Reduced from £8 to £6 then 25% off from Tesco.

And so ends another week…

But, dependent on Waitrose delivering the ingredients, I will be cooking a new dish next week and reviving one we’ve not had for (I think) a year…

And I get another Thursday evening off!