A white CdR Jaume 2020 for us this evening, seems promising on opening for MrsC.

Meanwhile I’m having a glass or two of this

which works very well as an aperitif. I will of course be having some wine later. 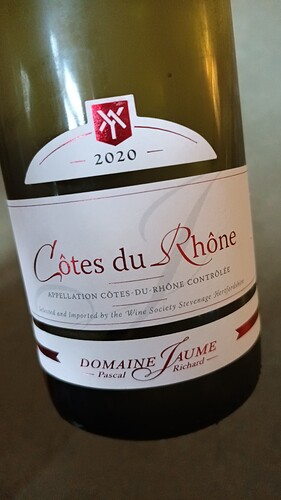 Welwyn Garden City however… all the original pubs were named after trees ! all but one in satellite ‘villages’ - hence ‘Hollybush’ ‘Cherry tree’ ‘Oak Tavern’ etc - and the one I worked in ‘The Peartree’ - all were awful, I think the intention was to create a town where going to the pub wasn’t pleasant.

But I digress. Day 2 of the Poulet & Fils Gamay: Today even less resemblance to Beaujolais: a nose of shotgun smoke, still good on the palate but definitely ‘over’. A one night wine.

I haven’t fancied wine much lately, not sure why. For example, it was my mother’s birthday last Friday and we had her over for food & drink and she had a grand old time with some Cava and her faithful Yellow Tail Chardonnay. The other half fancied something young and uncomplicated, so I suggested myself fnarr fnarr opened a Society’s Australian Shiraz. It was very nice, and I had a couple of glasses as well because everyone else was on it, but my heart just wasn’t in it. The second glass was going down in lumps, and there was nothing wrong with the wine itself.

Thankfully, my wine-drinker’s existential crisis doesn’t seem to have lasted more than a week or two, as I decided to crack something open today, and a Tuesday to boot, when I don’t normally have anything.

My eye was drawn to this dapper-looking fellow: 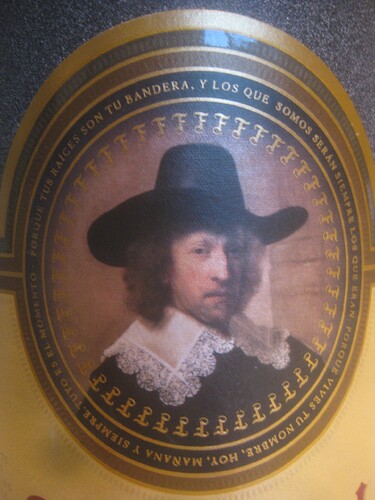 I bought three from Asda around Christmas time, when it was on offer on top of a 25% off six bottles deal (much like it is at the moment), adding some mid-week throaters to make up the numbers.

Tilt the glass and you’d never believe this was nearly 12 years old. And it’s lovely and fragrant, although you have to like the classic American oak style, with that telltale snifter of coconut. There’s soft, strawberryish red fruit and a bit of the spice rack but that sweet oak isn’t willing to give up the limelight. Again though, the nose and palate both come across very youthful. It’s structured - more from acidity than tannin, it seems - and gives the impression that it will go on and on for many years. Love it.

I wonder whether I might get some more while it’s back on offer. I think it worked out at just under £11, which is madness I tell you.

Personally: I’d go for the White Hart. Haven’t been there for years but I doubt it has changed much.

Poached and glazed gammon here for dinner tonight. Which was a bit of a faff and somewhat time consuming but at least there’s plenty leftover for sarnies and another meal tomorrow. I’d normally open a riesling to go with it but decided on a red instead… 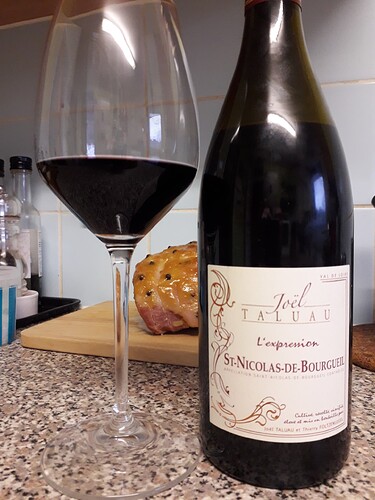 A deep crimson purple colour. Red berries and graphite on the nose. Softly ripe raspberry fruit, a slippery graphite note, surprising depth of flavour with plenty of fresh acidity to structure and discreet tannins to provide some background grip. As drinkable as it is I’m determined to leave half a bottle for tomorrow so might just resort to a glass or two of Oloroso later

@adbdorset - very much looking forward to hearing your opinion on the Filetta di Lamole by the way !

Decanted via an aerator as we left it late but still with an hour before drinking. Delicious. Rich dark cherry and hints of spice fairly integrated tannins. Would certainly hold for a while 12-24 months without a problem. Great buy from TWS.

Many thanks, and just what I was hoping to hear ! 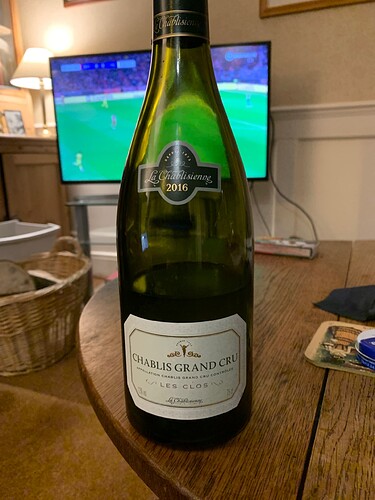 It’s certainly a wine for you if you love high acid and high tannin. It’s an acid explosion in your mouth and the tannins poke you in the eyes after they have smacked you round the face.

Fruit is lovely, touch of oak but restrained and balanced. An enjoyable wine for the money but will keep the other bottle for a while to see how the acid and tannins soften. I expect it will be drinking better tomorrow with the extra time since opening it.

Enjoyed this a month ago with similar impressions as yours. Its gone on the list marked “probably might be lovely in 5 years so put 6 in reserves”. Haven’t actually done it because too much wine already.
My uncle differed though and described it as “not execrable”.

It’s an acid explosion in your mouth and the tannins poke you in the eyes after they have smacked you round the face.

Phew…! Reading your post I thought you were going to say that you’d tried Yellow Tail Chardonnay and… you liked it

Just for a second you understand…

The wine smacked harder than that.

I usually drink Craggy Range, Dog Point, and Greywacke and this Saint Clair is much nearer the bare-knuckle school of Kiwi SBs, very full-on, lots of grass and gooseberry and acidity. But it’s definitely suiting my mood, and the herring, and I’m enjoying it this evening. Perhaps because I’d call it a very honest SB, and honesty seems a particularly valuable quality at the moment!

Oh, so not the Estrella then😁

Contemplating having just the one as well! 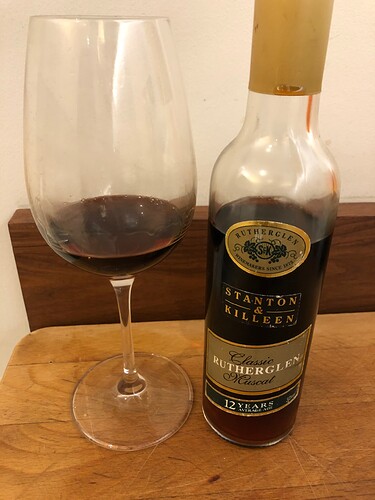 Cracked open a half bottle of S & K muscat in a continuing search for a wine to pair with Colston Bassett Shropshire Blue cheese.

This has sat around my kitchen much abused for the past 8 years as waiting for a suitable opportunity to drink - that never came until now.

On opening fantastic dark orange colour and smells of dark treacle. My first experience of this and can understand why it’s known as a ‘stickie’: it’s almost syrup. In the mouth it’s got real attack; sure there’s masses of sugar but it’s the weight and depth of flavour that hit you, and there’s good acidity to hold it together. Aftertaste goes on for minutes from each sip.

And the pairing with the cheese? Sometimes 2 + 2 = 5 (or maybe even 6…) Both good individually but lifted by the pairing to something special. By itself the muscat might be heavy going after a bit, but the depth of flavour and acidity mean it isn’t shaded by the strength and creaminess of the cheese.

Going back for a bit more of both now…

Thanks to @Tannatastic and @willrcwyatt (and @Olivercg, come to think of it) for this combo at this time - The Hairy Bikers’ lamb with fennel and Renato Molino Barolo 2016 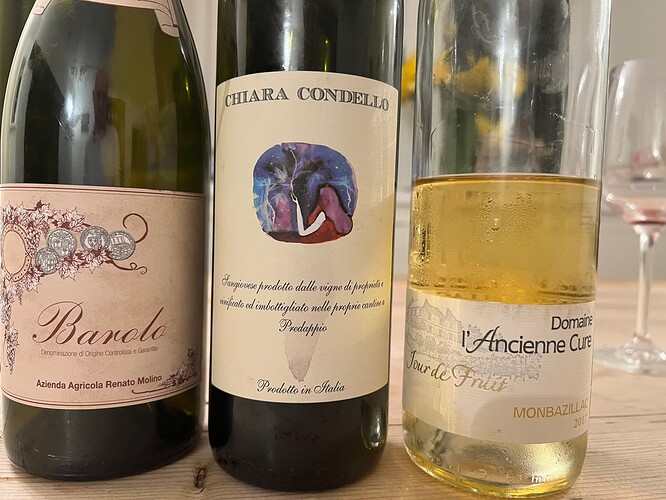 image1920×1440 239 KB
Plus a couple of others.
Barolo was opened at 4pm, small glass poured then left for 3 hours before double decanting to make everything nicely approachable for supper. Absolutely delicious, pure pleasure, glad I tried this nice and early. Hard part will be ignoring the others for as long as they deserve as they’re all stored at home

The Chiara Condello Predappio 2016, though delicious, was just not on the same level (and somehow remained at the other end of the table to the Barolo).
Domaine de L’Ancienne Cure Jour de Fruit 2017 a nice way to finish the evening - very fresh and light, a delicate sweetness.

The pinot grigio was had with a lovely meal in Padua, and we warmed up beforehand at a wine shop across the street with a glass from each of the other bottles. Grigio stood out. Was not s fan of the natural one, more like a sour cider. 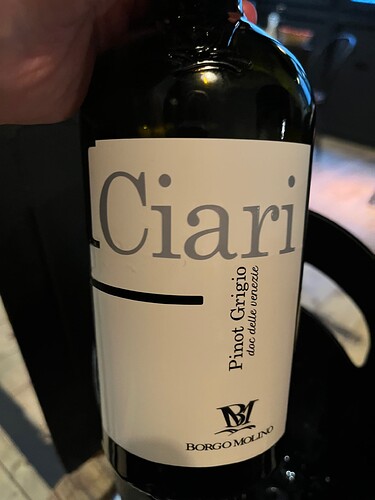 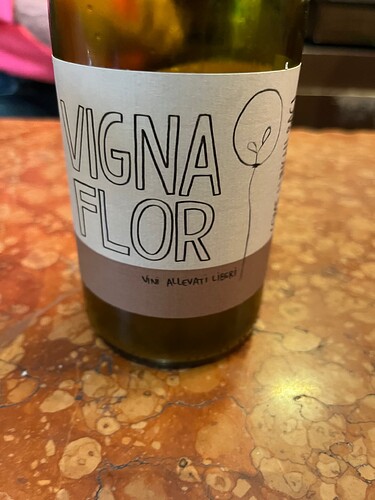 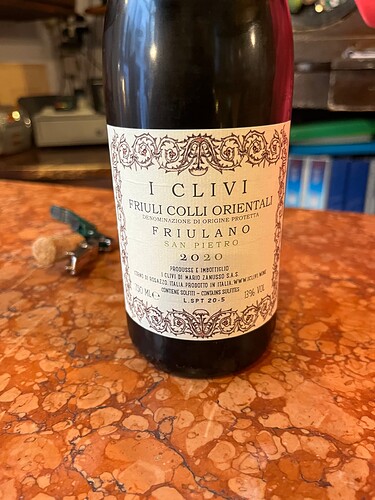 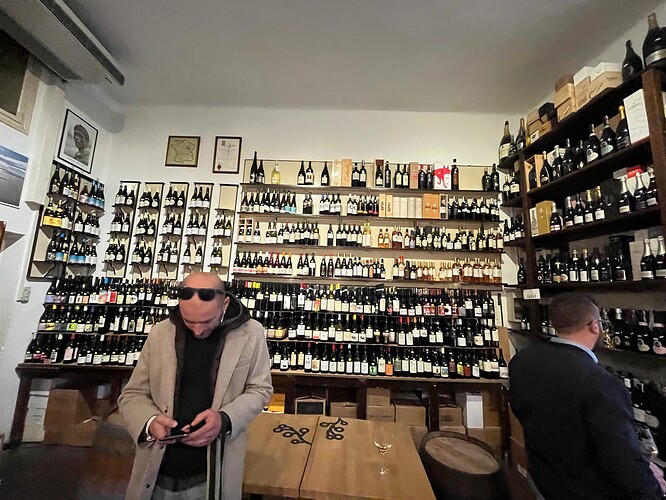 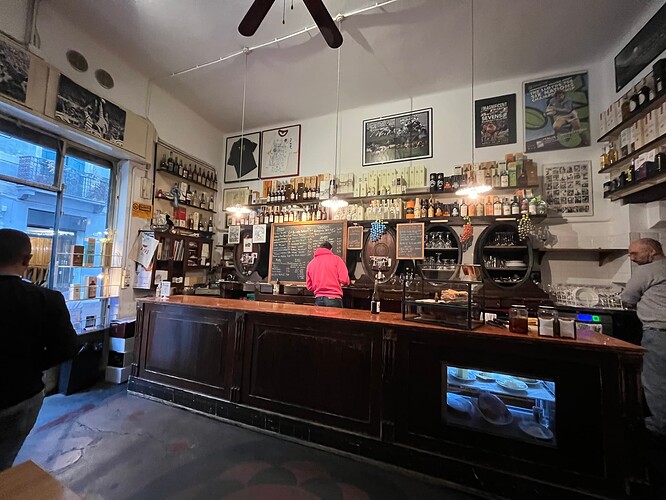 These two are from other dinners with family and are both from local wineries. Very good on both occasions. 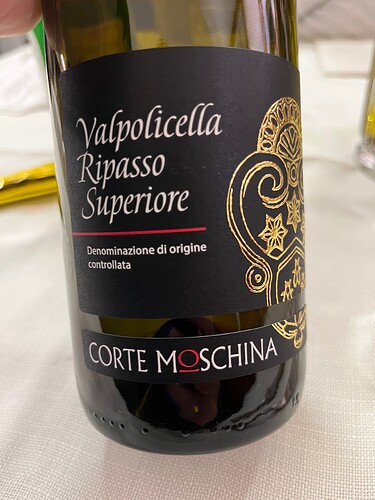 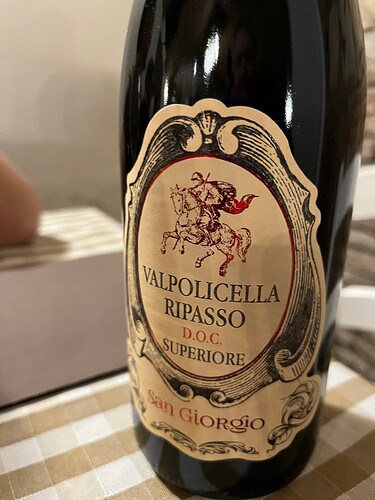