Can’t believe its 18:18 and the thread hasn’t been started.

Yesterday the fine Lady Lapin tested CV+ which is unsurprising as she is a school dep head - just in time for Easter hols, and cancelling her trip to see the family in France. C’est la vie.

Regretfully feeling the snuffles coming on, this has also cancelled my exploration of the far flung reaches of Pinot Noir. So tonight is a Gamay, but not a Loire nor a Beaujolais. 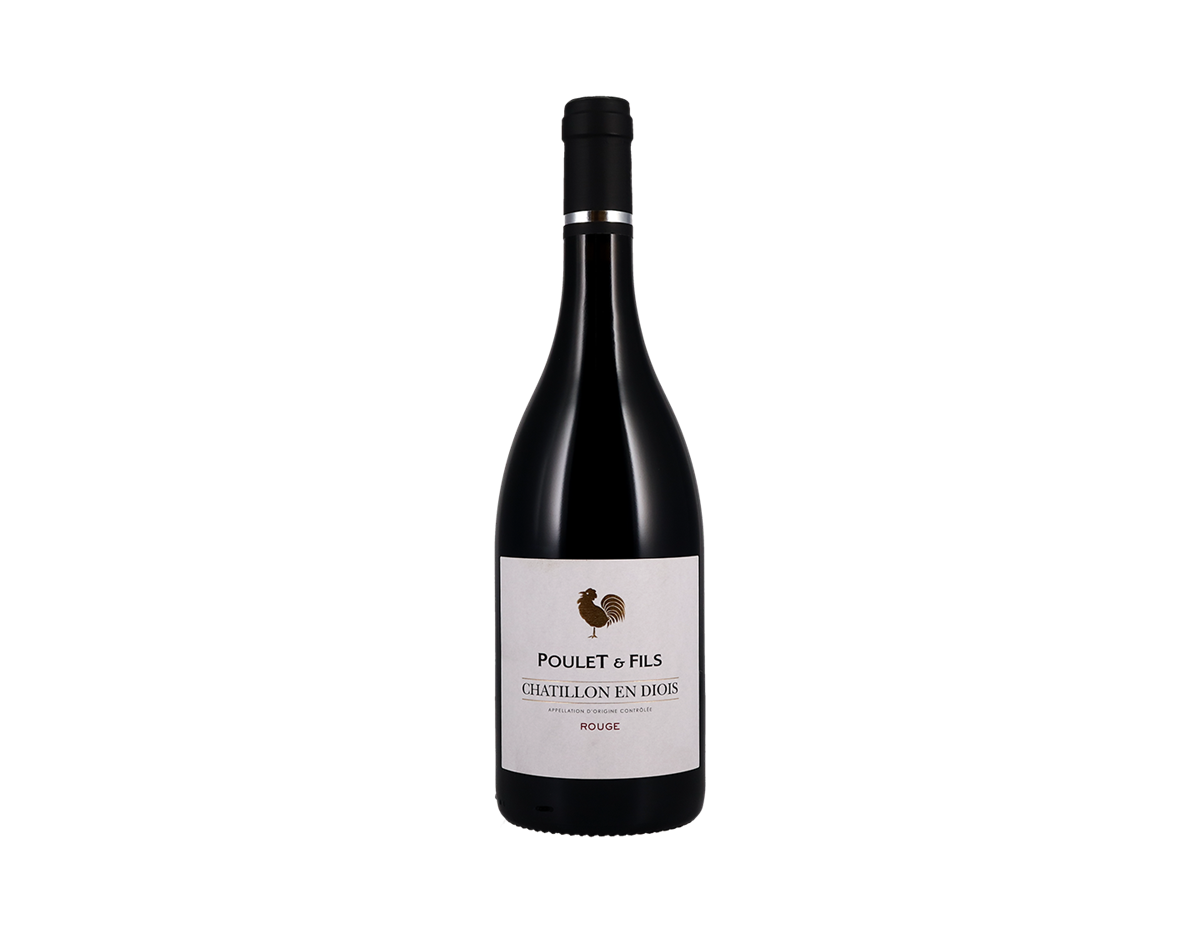 And… this is very good indeed. Clearly Gamay, yet… has something else which sets it apart - dare I say it, terroir - and excellent wine making

Nose is subdued - it’s all on the palate, rich gamay fruit, bitter black tea, and almost pinot lusciousness, with a good rounded tannic finish. I want to say ‘tastes like’ a BJL cru, but its is as dissimilar as Alsace P.N to Burgundy. Definitely 5 stars.

On holiday in the French Alps. 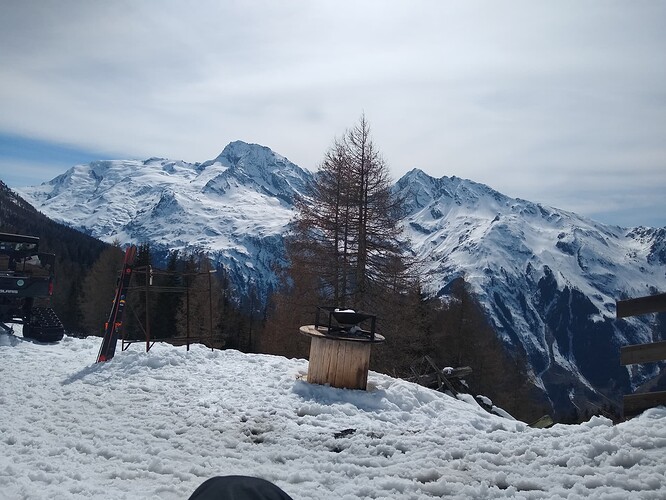 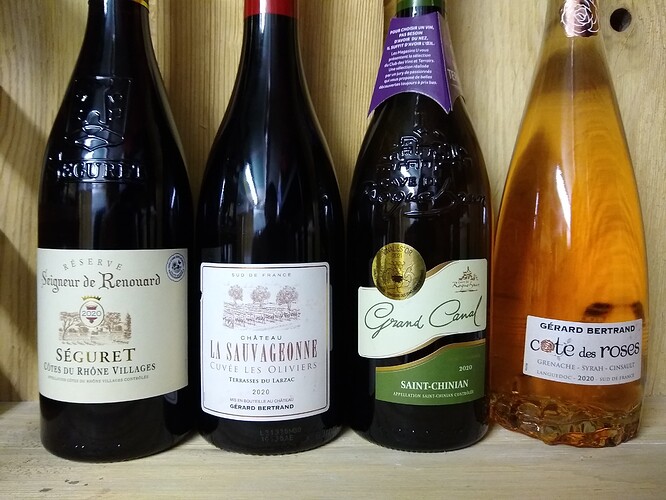 These are the wines for the week.
The Bertrand is a lot of wine for the money (€10.49).
Seguret also pretty smart for €6
Rose is great in the sunshine. Not got to the white yet.
Legs are killing me!

Always pick the bottles with the gold awards!

Doesn’t mean they are excellent - just means they have been tasted by some panel and are not awful. This is my experience with 40+ years of experience in holidays in France.

I picked up a bottle of Guigal CdR in the local supermarket which is, inevitably, at 2018, somewhat younger than we normally get from TWS. But I’m pleased to say it is drinking very well. A little less integrated than I normally expect of these wines but still very good and probably better over the next couple of days.

Enjoying this Cissac 2010. Still plenty of life left so will keep my remaining bottles for a few more years. 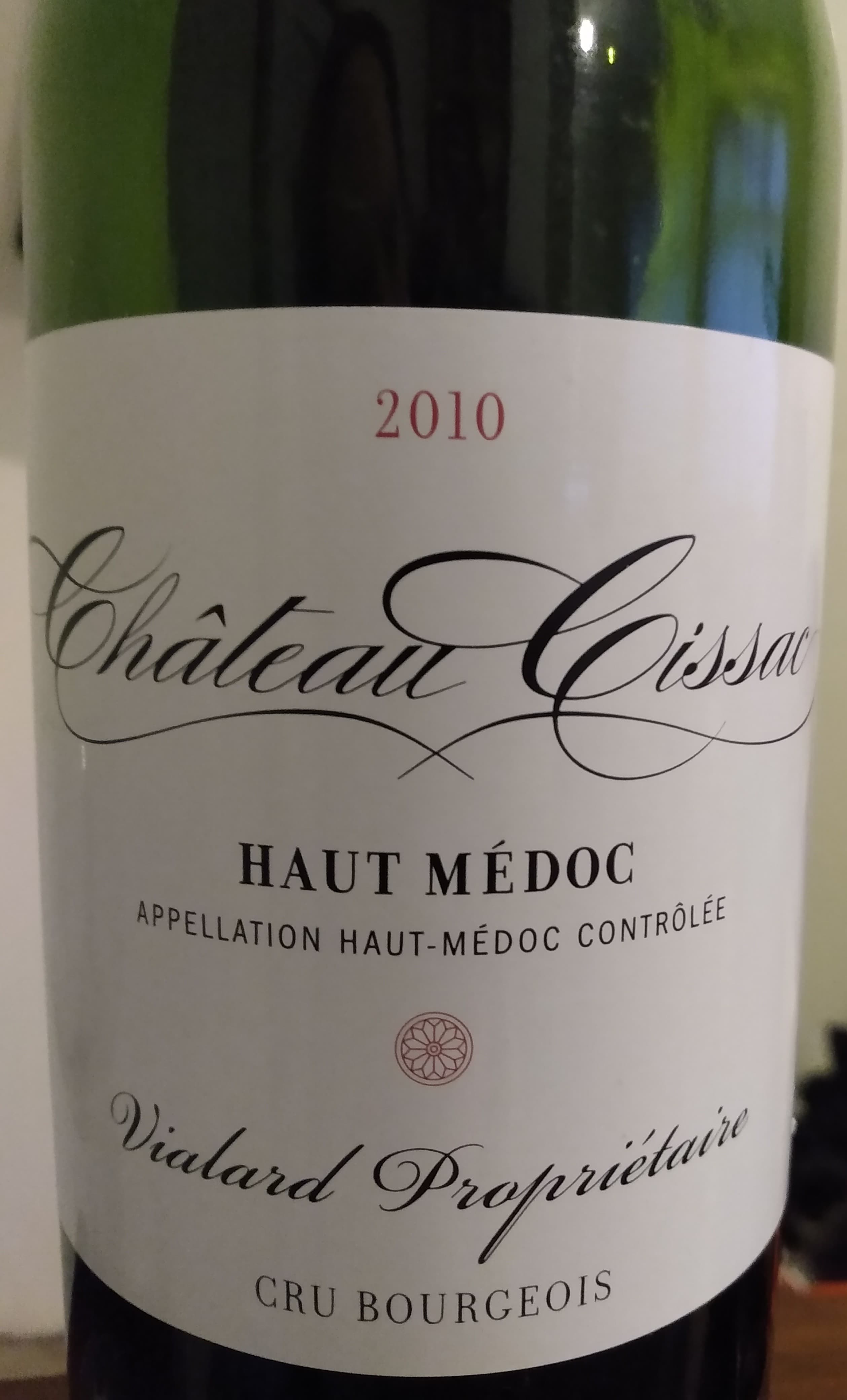 Opened last night but finished off tonight: Bin #006 Tasmanian Pinot Noir. Excellent all round, but sadly my last bottle.

Monday is usually an off the wine night along with a vegetarian meal….so mrs adb decided on mushroom risotto which was delicious so armed with the aerator pulled this out last minute. No disappointment! 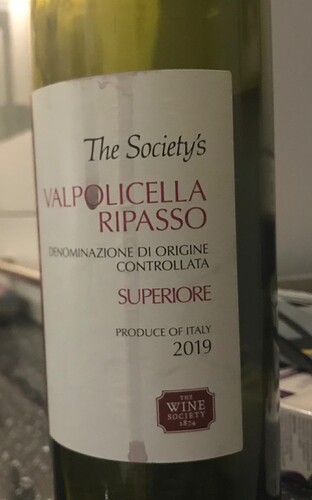 I picked up one of these - a 2020 Amalaya, Torrontés Riesling - on a whim earlier today at an independent in Welwyn Old Town. A curious shop with some curious wines, and a curious combination of odd bargains and silly prices. Worth a rummage sometimes, and I was passing through anyway [I’m on leave this week].

Someone mentioned this wine the other day I think, and hugely loving the Susana Balbo White Blend as I do, I wondered when I caught sight of it if this might be a cheaper alternative.

It’s not in the same league to my tastes, though at almost half the price, you’d not expect it to be so. And the Balbo has more in the blend. But not bad - fruity, some nice herby dryness, and a nice summer aroma. Just a wee bit “Torrontés” for me maybe. Developed a bit over a few hours, though in truth I’m only sipping half-heartedly on it and not taking a great deal of notice as I go along. Glad to have tried it though, and I shall concentrate more carefully on it tomorrow. Tonight is more a night for staring at the wall and letting the work go. And now for pottering down to the garden to see what’s in the fields - I have a red torch for spotting wildlife, and things are waking up for Spring. I love this time of year. 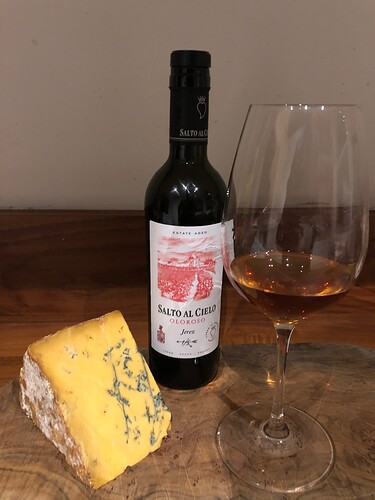 I’m normally not drinking on a Monday either, but a quarterly delivery of mail order cheese (Xmas present…) needs dealing with.

We have now finished the softer cheeses which wouldn’t last as well, so tonight it was onto Colston Bassett Shopshire Blue. Confusingly this isn’t from Shropshire, but is effectively a Stilton with orange colour and a touch creamier. The notes from the cheesemonger also mentioned ‘the flavour has developed boozy tones, as if the cheese had been soaked in a dark nutty oloroso’.

I had been pondering what would go with this, and the mention of Oloroso reminded me I had an unopened Salto Al Cielo Oloroso from the Society. I’ve had one bottle of this before and it’s exceptional - deeply intoxicating aromas of caramel, toffee, orange peel. Much lighter than you might expect, beautifully balanced - it’s lovely to drink by itself. (And still available on the website…)

So maybe better to try a port next time. Or as a left field idea I’ve got an Stanton & Killeen late harvest muscat that has been sitting in my kitchen for about 8 years. It may be dead by now, or this could be just the right pairing for it…

I know the place, been there a few times

Crowded house in Scotland this evening. Not the Aussie pop-rock band, we’ve got step-son and girlfriend and two friends staying with us, having driven up to Arrochar from the Lakes today.

All very good examples of their type, easy drinking with friends, probably the Rioja stood out tonight as better than expected, much more integrated than I remember from about a year ago. We didn’t drink much of the Chenin so will be interested to see how it is tomorrow.

On the last leg of our Peru odyssey - aiming to get back to Lima by Thursday.

Today an early start and, so, an early arrive to Ayacucho via a splendid 4300m altitude drive, to give us time to wander around and work out where to have dinner. Turns out that the Easter week from Palm Sunday is a big deal here and there’s lots going on.

A coffee chilcano to get the ball rolling and then lomo saltado - a Peruvian classic; wok/pan fried beef strips in a spicy sauce with onions and tomatoes. Another of Tabernero’s cuvées, merlot-malbec to go with. S32 in the shops, S50 one the wine list (about £10) so nowt much to complain about here. 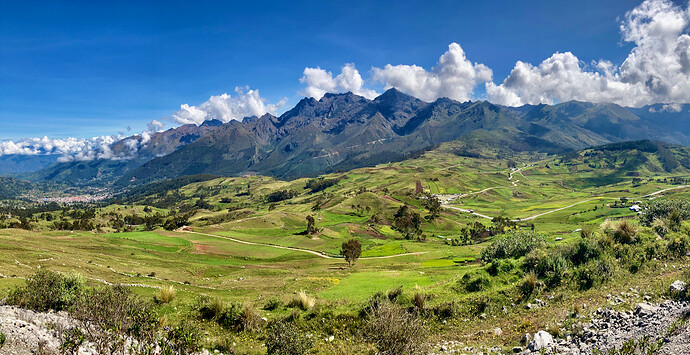 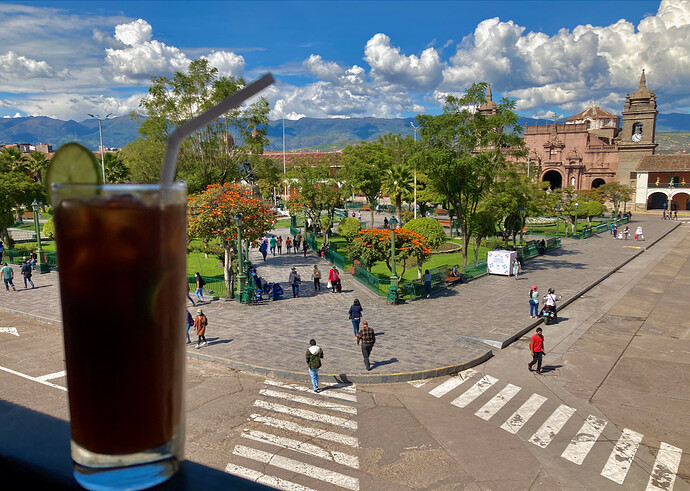 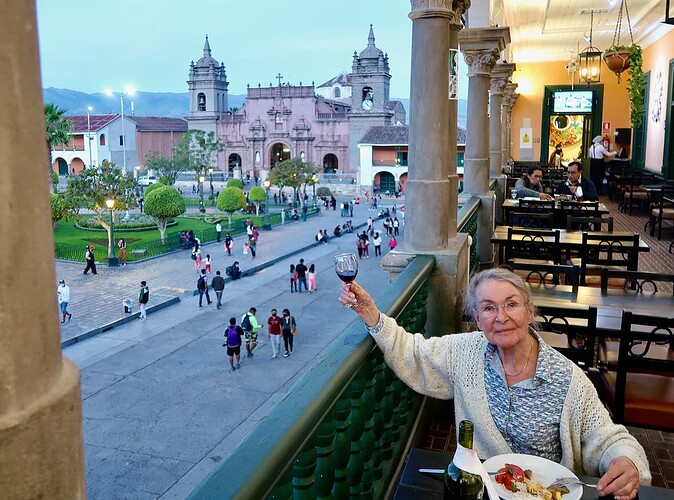 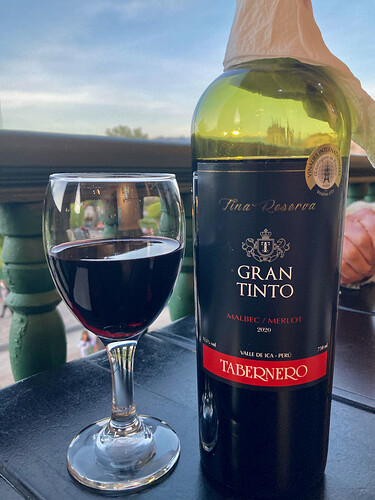 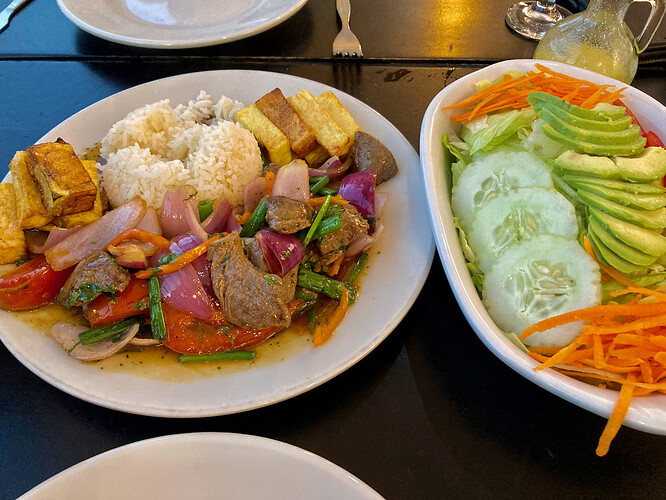 Rutherglen Muscat does love blue cheese and is fairly indestructable!

Not much to report on the wildlife front from last night - the fields behind us have only very recently been planted to wheat, and are still pretty much a finely-tilled soil desert. The green shoots are just coming through though, so another week or two and there should be hares & deers etc all over the shop again. Just hope the local coursers don’t move in too. There’s quite a lot of that round our way.

More importantly - the Amalaya Torrontés Riesling really developed during the small hours, and my last glass was actually really rather very nice. Some depth and weight, and a nice chalky texture. I shall be returning to it this evening with high hopes.

an independent in Welwyn Old Town

Born and raised not 3 miles away, many mis-spent teenage evenings in the pubs of Old Welwyn - in my day there were 7. Is there still a pub behind the indy wine merchant, tucked away down an alleyway? was imaginatively named ‘The Tavern’.

I’m going to put this down as midweek, although it was actually Sunday evening. We took our 17 year old and girlfriend out for his birthday dinner on Sunday night. Chose Bob Bob Ricard in Soho (a) because it looked like the kind of glitzy place that a 17 year old would like and (b) because it was open Sunday night. We went with low expectations but were delighted. Me particularly so by the wine list which while very short had a policy of a maximum £50 mark up meaning great value at the top end and being able to order wines in a restaurant when I would normally chuckle and raise my eyes. Bollinger PNV16 absolutely amazing and will buy more from TWS. Beaucastel CNdP 2009, whisper it, a bit dull. At home I’d have put it aside for the following evening and hope it opened.

Braised feather blade steak for dinner, with a bottle oft-recommended on this forum:

I bought it some time ago in Tesco, whilst grabbing other semi-interesting bottles, and sort of forgot about it. Glad I remembered it was in the rack! I can see why it has fans - it offers excellent value for money, especially considering that it’s got a few years on it.

I love its ripe berry, plum and cherries nose , and the whiff of spice and cedar. I know there is only 2% Cab Franc in it, but we both caught something of its leafy/herbaceous character in there too.

Medium bodied on the palate, the wine has a nice mix of ripe, mellow fruit with a touch of clove spiciness and cocoa too. I find it very easy to quaff, but the husband is on the fence due to what he perceived as ‘coffee bitterness’ on the finish. He’s really sensitive to this sort of bitterness (which I don’t always perceive myself) - so although he also feels this offers excellent value for money I fear he won’t be asking for it again…

What is not in doubt is that it should complement the food nicely!

A small pheasant with wild boar stuffing - it’s get the game out of the freezer evening. So a bit of a treat to accompany as we don’t drink much of this so a mid week treat. 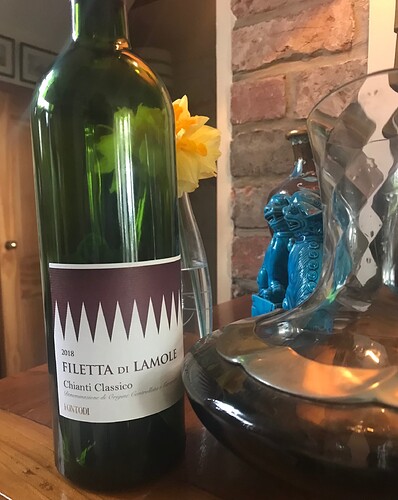 Into a decanter via an aerator to hopefully smooth out the finish as CT indicated a longer decant time we will see.