We tasted this several times over three weeks and each time it revealed more of its quality. A Claret of considerable depth and complexity which will age beautifully.

Beautiful nose of blackcurrant, cassis, cedar. Still young with lots of fruit and grippy tannins, smooth and complex but would probably be a little more balanced in a few more years with the oak a little more under control. But I have an '09 and another couple of '10s so that’s fine and I shall keep them a little longer.

I’m always amazed by how long Chasse Spleen lasts as compared to other similar “level” Claret. I had a 2001 a few months ago that didn’t feel much older than the (probably a bit young) 2012 Giscours drunk on the same evening.

Same here, just needed a glass of PN. This time a TWS purchase from California… can you guess? 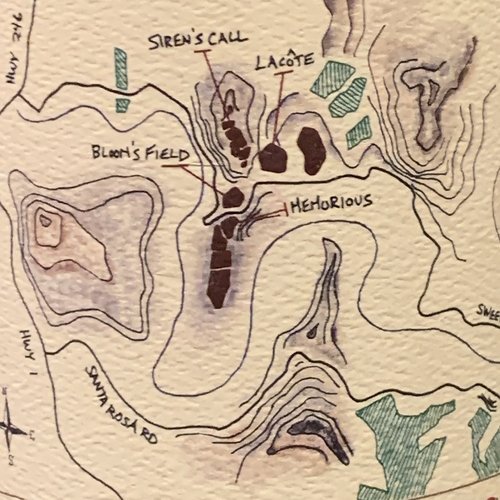 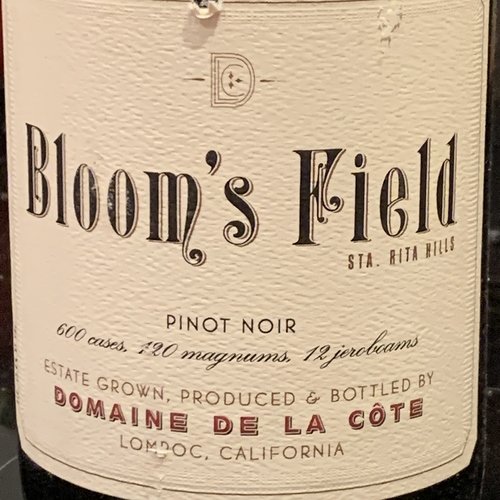 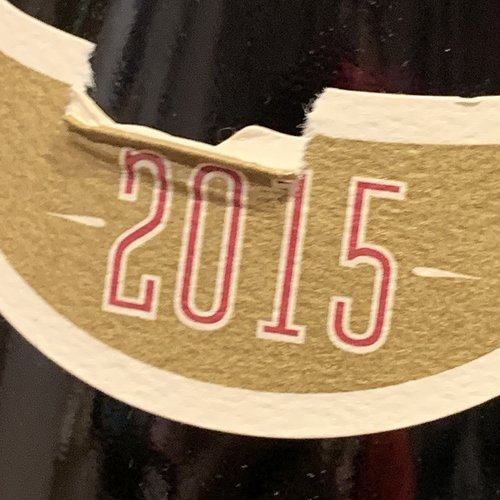 From my bag of corks… 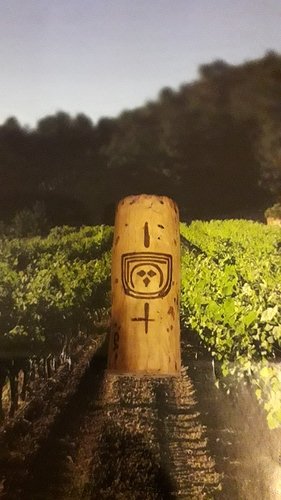 …on a background of the Rhone EP offer. The cork from the ‘Santa Rita Hills’ Pinot 2013 that knocked my socks off on Boxing Day.

I realise how sad this post is but feel free to take the proverbial nonetheless !

What did you think of the wine ?

A reliable Felines Jourdan Picpoul this evening. A light goldish lemon colour and lemony, herbaceous nose. Taste of lemon too with a slightly herby, savoury flavour. It definitely isn’t as salty as some other picpouls I’ve had but it’s refreshing and easy drinking.

Picpoul de Pinet is one of the best-value whites from the south of France. Full-flavoured, dry yet with crisp freshness and a beguiling citrus and herb flavour, it can be enjoyed on its own or with seafood. 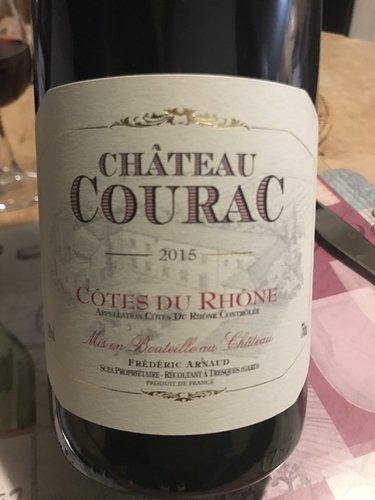 A beautiful couple of glasses of an Israeli 2017 red blend from Shvo Vineyard in the upper Galilee- Grenache, Syrah, Mourvedre and Barbera (odd, I know!):

Let's assist you in finding the best wine for you.

I must say, this is one of the loveliest reds I had recently. There was something so well defined about the fruit (plums, kirsch, blueberries), the spice and the gentle oak, that it left me quite speechless. Baking spice, black pepper and liquorice completed the picture, tannins were smooth and well-integrated and acidity present enough to offer a good balance.

Not bad for a local bar, at my sister’s 'hood. I wish some of these wines were more available in the UK. But that’s another reason to visit the family more often, I guess!

What did you think of the wine ?

I enjoyed very much… More vegetal than carbohydrate ;-)… But seriously there is a definite nod to Burgundy in the style. Will see how it unfolds over the week (from the eto). Not blow your mind yet, then again 2013 is a better vintage than 2015 in that part of the world. Also enjoyed the Rajat Parr podcast on I’ll drink to that for a bit of back story. There are two of them, the first one I think is more Sommelier stuff than winemaking.

A glorious gewurztraminer with lush rose petal, clove and spice aromas on the nose leading to a silky smooth, seductive palate and a dry fresh finish. An exceptionally food-friendly Alsace white.

A simple coconut milk daal with a bottle of this. Lots of upfront spice which was a perfect match for the creamy daal. A bit of residual sugar balances the spices nicely. Think the W/S has got it about right with a 3 on the sweetness scale (never understood why people are so adverse to a bit of r/s in wine when appropriate!)

There isn’t a great deal of length or complexity, but put simply the wine is tasty.

Nothing exceptional here, but still a decent bottle at the present bin end price.

Thanks for your thoughts and for the podcast too. I enjoyed hearing his thoughts about whole bunch fermentation and and what it may bring to the wine. Interesting to hear that the one I drank is the only one they make that’s destemmed.

Jacob’s Creek Steingarten 2005
OK, so I just don’t like Oz Riesling. Nothing wrong with this at all, and I guess it’s at its peak (unlike the 2007s I’ve had). Just not much fun, is it? A decidedly unappealing combination of lime cordial and somewhat shrill austerity with a touch of kerosene. What on earth is the point of Oz Riesling? No thanks.

Viña Tondonia Reserva 1999
Yep, I am forced to admit after many years following this producer (fortunately most of those before it became achingly fashionable and even more achingly overpriced) that I think Tondo is one of the most consistently disappointing wines I have ever thrown my cash at. The 2001 is a shocker which never fails to disappoint, which is hard to believe given what a good year it is in the region, and now this one too fails to deliver. Yes, it works better with food than it does on its own, not surprisingly given its piercing acidity. It may well have subtlety and some vaguely interesting aromatic stuff going on. But is it fun to drink? You bet it isn’t. My partner even described it as “thin and mean”, which is perhaps a touch harsh, but I know what she means. Give me Ardanza (or maybe even better Imperial?) any day. Another wine that appeals more to the intellect than to the pleasure receptors. Yawn. Really the only wine I’d buy from this address these days is the Gravonia.

Both less enjoyable than the Manenti Cerasuolo di Vittoria I picked up (in an attempt to venture out from my COS/Occhipinti comfort zone) at Catania airport while waiting for Etna to calm down.

If you can get hold of it, notoriously difficult

Still a little time to order from Spain, before we descend into the Dark Ages once more…

What on earth is the point of Oz Riesling? No thanks.

Admittedly I wouldn’t want to drink it on its own (I don’t do that anyway), but in the summer sun with suitable food - to choice - there’s a firm vote for it here.

Having said that, I’m not sure that going beyond 10 years always works out too well. Sometimes it does, sometimes not.

Thanks for fixing up my post only noticed later it was in the wrong place!

Still a little time to order from Spain, before we descend into the Dark Ages once more…

My partner even described it as “thin and mean”,

I shared that disappointment over Christmas with a Tondonia 2006.
I was surprised by how thin it was. Not quite sure when I’ll drink my other bottle now.

Sorry to hear about your disappointing wines, particularly frustrating given how long they’ve been sitting in the bottle awaiting their corkscrew christening.

Not seen you around much since before Christmas - been missing your firm opinions - how was Andalusia?