Such an enjoyable wine. Drinking beautifully now. One of my favourite styles of wine. It’s a 2017 which wasn’t great for Rioja and it’s relatively young, but what a wine. More the modern fruit forward Rioja style but still a hit. Maybe not a year to chance ageing. Bought from ultra comida in Aberystwyth 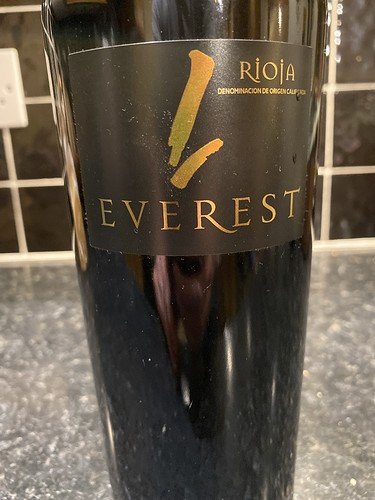 Although we don’t usually feast on a Tuesday, Mrs. McK recently purchased an order on Gousto, including a Spanish Tapas Meal. After all the effort she had put into the cooking of this it seemed only appropriate to open a favourite Ribera del Duero. 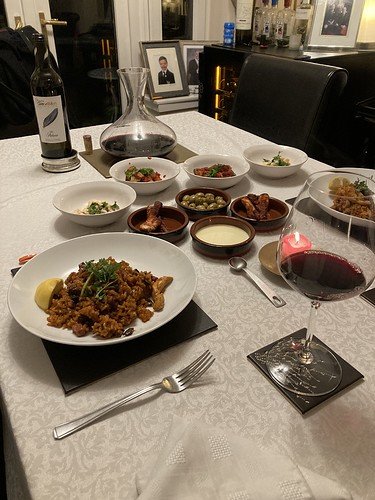 I hope everyone has a fantastic week!

Now time to try out the new hot tub! 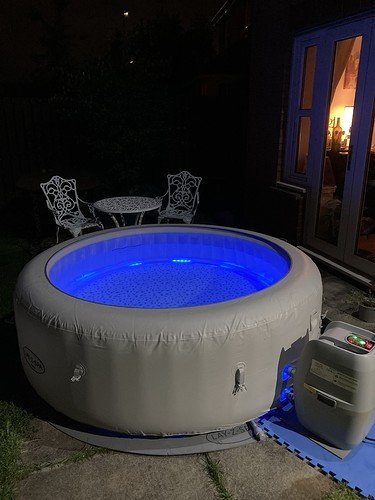 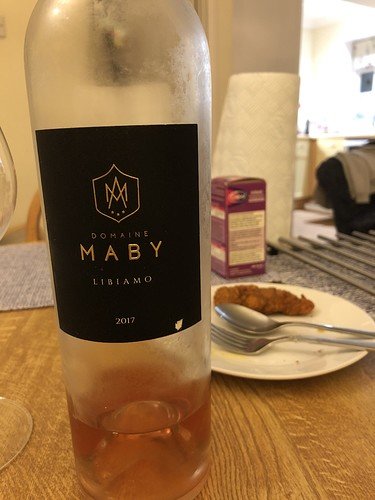 I’m enjoying - loving in fact - some of this tonight; a Domaine Maby Libiamo rose 2017. Rich, deep & really nicely balanced for my tastes between fresh strawberry fruit (especially on the nose), mature caramelly-fruit & some acidity. Going very nicely indeed with my left-overs dinner. I can imagine this working beautifully with strongly-flavoured bbq meats. A really delicious mouthful for sure.

Trying to recover from the great TWS/FB shock by drinking Craggy Range PN 2014.

and I must say its doing a fine job. Can’t remember what it cost, but certainly not £29. Maybe about £17-18, or less rather than more. Anyway it’s worth it.
Lovely not quite transparent red colour. A warming black cherry and loamy aroma. Black cherry, earthy, slightly spicy, slightly tannic taste. Soft and comforting. Excellent. 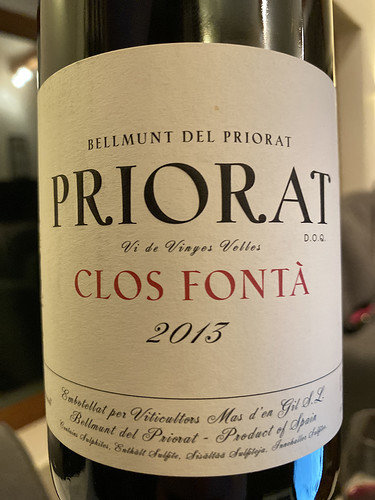 A complex priorat wine with more subtlety relative to last night’s modern Rioja. Showing the diversity that Spain has to offer.

This is pepper and spice, liquorice, red fruit acidity on smooth tannins. Coffee, leather and toast. The finish is long and needs contemplative focus. Enjoy this slowly. The antithesis of a glugger.

This took a little while to open up. At 15% alcohol, it’ll get more of a chance to develop overnight. That said it does wear the alcohol well. 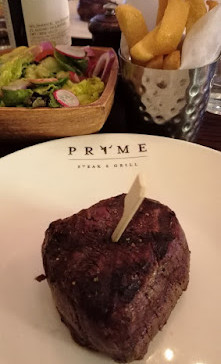 Monday as Mrs M wasn’t playing bridge this evening, we went to Prime where we had our usual fillet steak with chunky chips and side salad, and (as Monday’s are corkage free BYOB) a bottle of this

'Twas a gorgeous wine, seemed very young and has many years ahead of it but as it is drinking beautifully now I think I’ll open the others sooner than later. 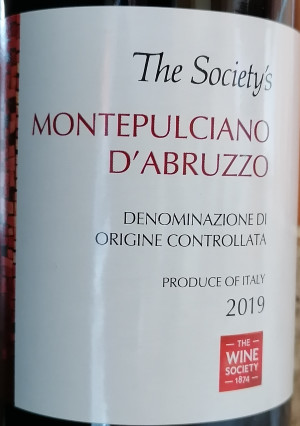 We’d ordered the giant Jack Hawkins tomatoes before we’d gone travelling north, which was a shame because I could have used ​the scores of ripe toms in the greenhouse and garden found on our return.

For wine I opened 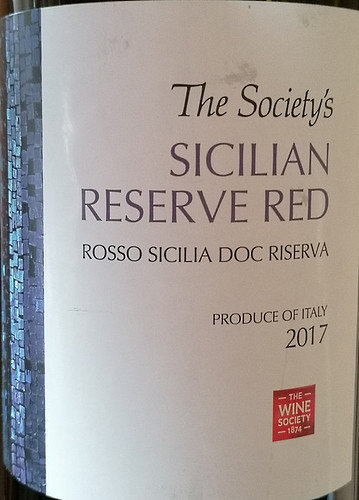 It was my first bottle of this, but it won’t be my last. It’s a cracker, Nero d’Avola, so full of flavour, so well made. Lovely. I bought it after good comments here, so thanks @mrptaylor and @MarkC .

And, someone slipped September in behind my back. So that’s it, then - another year waiting for summer to start and it’s now ended…

(wines from TWS, except Thursdays which could come from TWS or anywhere)

Prime where we had our usual fillet steak

Peter - I’m intrigued by the pic of the fillet steak (looks perfectly cooked & rested) - what’s the flag sticking out of it?

That’s just a wooden stick with the cooking level on it, in our case medium rare.

They don’t always do it; I assume it’s for the benefit of the waiters when they pick up dishes on the pass.

Got back on Monday from 2 months in New England drinking mainly beer and Cali reds, first thing I did was open my final bottle of this:

Average of 88.8 points in 6 community wine reviews on 2018 Domaine Bellavoine Pinot Noir Bourgogne, plus professional notes, label images, wine details, and recommendations on when to drink.

Got back on Monday from 2 months in New England

I bought this Castelnau a few months ago on one of Sarah’s regular champagne offers. Excellent value. 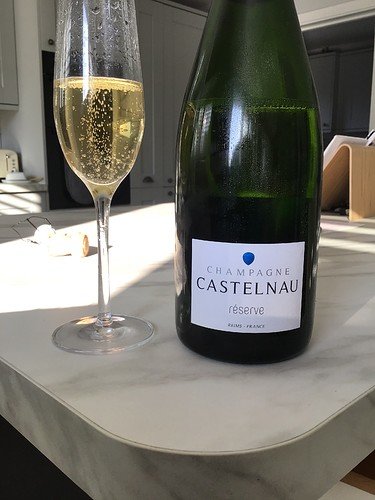 Thanks Peter - things have moved on from the days of Berni Inns ! must have been a great match with the Geyserville.

Many years ago I went to art college in St Albans - fond memories. Even then the restaurants were very good.

A spiffing St Laurent this evening, to accompany Schnitzels, Spätzle and salad: 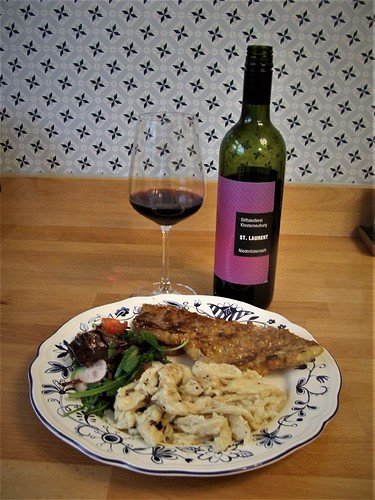 I’m currently road-testing some Austrian wines for a tasting I am due to deliver in winter for the Sussex wine school. I think this one might make it onto the list of wines, being a good example of the grape!

Medium ruby, the nose offers plums, blackberries, baking spices (cinnamon and clove, we thought), with a whiff of smoke and earth. On the palate – this is an approachable and very easy-going wine, but not without interest.

It’s juicy and brambly, with a touch of damson/plums and cherries, and on the finish it leaves a nice spicy note, that also has something medicinal about it. The acidity feels just right – and gives it a nice lift; tannins are mellow and earthy.

Very appetising, light on its feet and generous – and, as hoped, went very nicely with the meal!

Much more of an orange-peel tang coming from the Craggy Range pinot on the second night. Not noticeable at all on night one. Still delicious though!

@Robin63: fully agree on the Castelnau!

This here tonight with steak pie, chips, roasted cherry toms and a large pile of fried buttered mushrooms ( mostly courtesy of the shelves of sadness in Asda ! )… 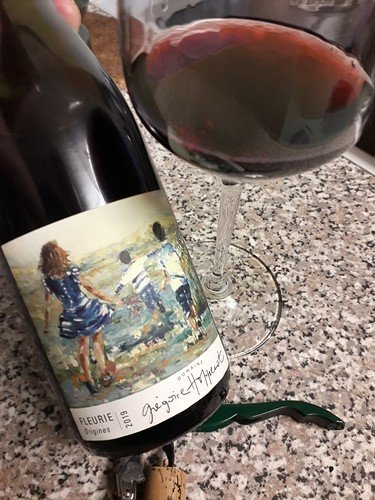 …a Fleurie ‘Origines’ 2019 from Gregoire Hoppenot. Gregoire used to make makes for Trenel but has recently established his own domaine. This is the first I’ve tried, it’s his entry level wine and is a blend, mostly, from the Roches and Garants vineyards.

Anyway, violets, cherry compote, raspberries and a savoury damp soil undertow on the nose. Very much the same again on tasting, softly ripe but savoury cherry and berry fruit, medium body, soft texture with unobtrusive but fresh acidity to lift and the merest hint of tannic grip to structure. It’s a lovely easy drinking wine with no pretentions to be something more serious other than a representative example of its appellation. And, as such, more than the sum of its parts, delicious !

Great value too ( IIRC £12.50 ) for what’s in the bottle. Going to have try a bottle of his more racy, or so its label suggests, les Moriers 2018 tomorrow now ( with a pincha steak and todays accompaniments ).

Oh, and as I’ve moaned about label design of late, the impressionist painting of children running down a hillside with a view into, what looks like, a village below is very much to my taste too !

All the best everyone.

Nose has opened up further after a day. It’s all really singing now. Best wine of the holiday

Hurrah, my 7 days on the trot at the coal face of NHS primary care has come to a close, and double hurrah, I’m off to Cyprus at the weekend. So a tentative dip into my 2008 clarets bought EP from TWS back in the day; this to go with local lamb sausages, garden sourced new potatoes and french beans.

Giscours - a reliable player and earlier vintages noted and remembered. I visited and toured and tasted there in 2011. Nice.

Gobsmacked to see it’s retailing at £73 on Vivino and £65 ish on Winesearcher. It was nowhere near that back then. And I thought EP profitability ended in 2004.

Verdict - a polished and agreeable claret. Classic boot polish, cedar, curranty nose. Rich sweet-savoury flavours, some plum, redcurrant, chocolate, leather. textbook stuff. Don’t get me wrong I’m not about to pour the remaining 1/2 down the sink. But - for me - it’s a very straight bat; rather too polished, nothing exciting, a bit safe and playing to the gallery. The tannins are in the background but nicely subdued… but is it now worth these prices ?

Disappointed ? no, for what I’d paid for it and glad I’ve left it 13 years, but, yes maybe had I forked out £70 yesterday when there are as nice options from elsewhere out there for half that to tempt me. 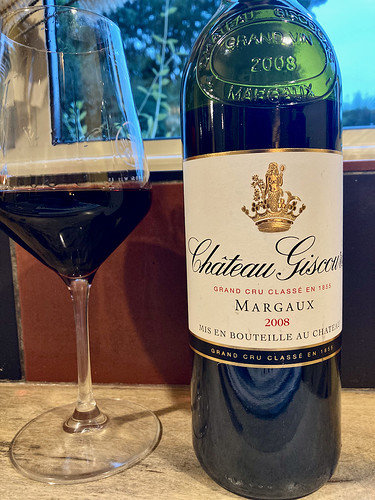 Pizza night with another budget Italian:

Hmmm, preview links trying, but not quite working yet. Anyway, this has some body, plenty of black fruit and some complexity after a bit of air. More than decent at this price and definitely competes with the Araldica Barbera (which I think is the same as the TWS one) that is our usual mid-week pizza choice.

Going back in the basket, along with it’s big brother.

painting of children running down a hillside with a view into, what looks like, a village below

Presumably it’s the hill from La Madonne looking down onto Fleurie village ? as in below… ? 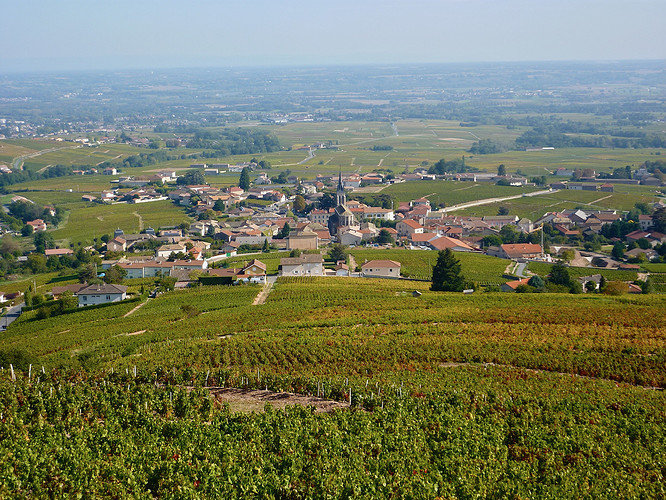 Presumably it’s the hill from La Madonne looking down onto Fleurie village ?

Chapeau ! I think you may well be correct as your photo and the image on the label are remarkably similar both in view and perspective. The foreground and mid distance especially so. The background hills in the label painting also share too many similarities with one of the photos on the domaine website for it not to be an image of the local landscape.

Many thanks for sharing and for the heads up.