Makeshift TWSTaste virtual wine tasting themes - what do you have at home?

I’m getting close to announcing the virtual tastings dates/plans for the coming weeks. Because of incredibly high demand (which might well impact delivery times for some of you) I’m thinking to start with, rather than asking you to place an order for specific wines, we can all explore different styles/themes of wines based on what we already have in!

Here’s some ideas for themes (based on things we had planned as real-life tastings, and also based on some of the styles you guys discuss most frequently!), and I’d love you to vote for wines you think you have, and suggest other themes?

What do you think?

Oh god, let it not be Rioja.

Voted. Fortified/sherry would be interesting but I couldn’t finish all the opened bottles on my own

@szaki1974 is going to take out half a dozen new shares under false names/addresses, just to push Rioja down a few ranks.

Saying all this… I do have a bottle of Rioja at home, so bring it on.

Rioja on the other hand not funny and surprising…

Great idea, @Laura! Very much in the make/do/mend/work-with-what-you-got zeitgeist. And some really good choices there, too!

Slightly off topic, but it’s not unlike looking at what actually remained on the supermarket shelves today. No UHT milk whatsoever in any shop - but LOTS of those odd ‘pea/coconut/oat/almond’ milk looking rather forlorn and not all that cool all of a sudden.

But that’s all I’ve got

On a more serious note, any drinks and chat with friends will be great. This isolation, ironically, is giving me a chance to actually take part, so even if I don’t have a bottle, I’ll try to take part and say hello!

It is good to see you back! 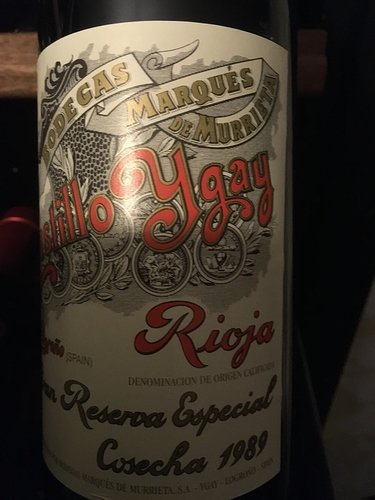 Failing that perhaps we could try and field as many vintages of Rioja as possible from 1978 onwards?

That is a GREAT idea! Would love to see how many different vintages we’ve all got between us and have a giant taste-along exploring how Rioja ages.

I like it! I wonder if we could even manage to mostly get the same wine

Here’s what i have to hand: 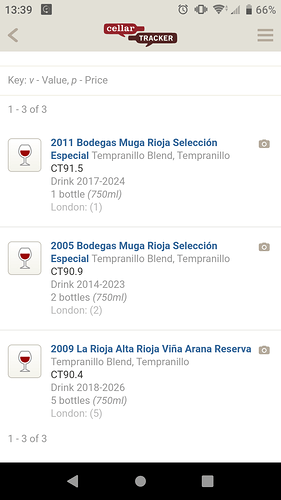 Just been rummaging around the Eurocave and I have easily to hand:-

These are what I have to hand:

We could have a multi-cuvee Alta spectacular!

I have, er, a bottle of the Society’s Rioja 2016. Although I see Rioja’s now neck-and-neck with Bordeaux blends. This is getting tense.