Is it too cheeky to ask which wines these were?

Don’t worry if it is, I understand it might not be fair on the other winners!

Well Matthew actually corrected me and thinks we only had one 100% score but I genuinely don’t know which wine it was!

Now you’ve all done the competition for at least a few years (and some of you for many, many years!) have any of you found there are some years where you have lots more wines you give a high score to (eg if there’s been a string of amazing vintages so there’s even bigger competition than normal)? Basically, do you have a fairly consistent number of wines you’re scoring highly each year, or does it differ from year to year?

I don’t think any of us have ever considered the amount of points we give across the entire tasting, however I can certainly say that we will always seem to give more or less points from one year to the next for individual tasting sessions when whatever we are tasting in that session has had a good/bad vintage.
For example, in the past we have had Champs where we have hardly scored any Sauvignon Blancs however this year we all scored highly in that session due to the excellent recent sauvignon vintages (especially in Marlborough).
It’s harder to say across the whole campaign of tastings though because while the Sauvignons may look great, the sweet and fortified (for example) may be less fruitful!

With the results including the nearly runs, what are the global trends to watch out for? New regions, grapes, up and coming, and traditional regions making a come back?

We were just chatting about this together, and think that you can see some of the broad trends while tasting blind. For instance a increase in the number of wines showing reduction on chardonnay and sauvignon, a reduction of oak generally, some increase in whole bunch spice notes on pinots, a higher number of lighter red wines and also on the opposite side a higher number of reds with some residual sugar. All of these broad trends can of course be both good and bad for the wines depending on how well the winemaker has handled it.
We are also seeing a trend towards cool climate styles. Finally there is a great trend for fewer faults! This year we had very few faulty bottles to replace whereas some of the team remember the level being substantially higher 10 years ago or more.

Such a fascinating session! We have about 10 minutes left for any last-minute questions

No idea to be honest! But that’s also sort of not the point, especially since it was just in the mix amongst other Italian wines, so we weren’t to know it was even an oddity.

I was very pleased to see Pauletts Polish Hill River Riesling 2013 both back as a Champion and back in stock. I tried this last year and loved it (although it does seem to divide opinion!) but believe it was out of stock when I came to re-order it after last year’s Champions campaign. Due to its age, are we approaching the last few supplies of this wine or are future restocks expected?

This exact vintage won a coveted berth as a Wine Champion last year, and our tasters had no hesitation in scoring it highly again this year too: an outstanding aged dry Aussie riesling, showing the intriguing waxy paraffin-like complexity the grape takes on with age alongside pristine crisp lime...

I can certainly say that we will always seem to give more or less points from one year to the next for individual tasting sessions when whatever we are tasting in that session has had a good/bad vintage.

Ah, of course! That makes more sense (duh! Silly me). So the fact that we have THREE 2016 Chiantis winning this year is a pretty bloomin’ good sign that 2016 Chianti is well worth trying?!

Because if so, that makes our Wine Champs #TWSTaste even more exciting…

Hi everyone! Every year since this Community launched we’ve held a Wine Champions #twstaste event so we can taste two of the year’s Champs together - and why break with tradition?

They’re fun informal nights - it’s all done in writing rather than video - although you’re welcome to get a Zoom group together with some Community friends so you can chat with each other while you type! This year, it’s Chianti themed… Wine Champs #TWSTaste: Chianti Champs! Thurs 9th July, 8-9…

Pre-lockdown I was blind tasting with a group of MW students at least once a week. Now it isn’t so easy… Hopefully will be able to crack on with this again soon.

I was very pleased to see Pauletts Polish Hill River Riesling 2013 both back as a Champion and back in stock. I tried this last year and loved it (although it does seem to divide opinion!) but believe it was out of stock when I came to re-order it after last year’s Champions campaign. Due to its age, are we approaching the last few supplies of this wine or are future restocks expected?

I managed to bag an additional parcel of this before Champs as it’s just such a good wine, with age, for the price. I subsequently entered it into this years tastings again and it came out on top! Hooray! I would say make the most of it while it lasts because I think we snapped up all that the winery had to offer us.
I will keep an eye out for the next vintage however.

a pretty bloomin’ good sign that 2016 Chianti is well worth trying?!

Exactly! That’s one of the great things about this exercise!

Funnily enough, was included in my very first WS order…

Freddy, quick question on a personal wine champ of mine. Does the society have any back stock or are there any plans to restock Peter Wetzers wine??

I seem to remember a Teroldego has won in a previous year, so perhaps its one of those under the radar wines we should all be drinking more of. Bin Series, Freddy?!

What a brilliant way to spend a lunchtime. Thank you all so much for taking part and for your questions!

A huge thank you to our Buyers @lockej, @horsleym, @Toby.Morrhall, @Sarah and @Freddy for taking the time to join us and answer our questions in such fascinating detail!

Thank you all again and have a lovely rest of the afternoon!

I definitely had the highest ratio of winners:entrants

We actually have a few of his reds in stock, made from Kekfrankos. @horsleym Matthew has since taken over the Hungarian range so he may now be better placed to let you know what he plans to do with them or whether he has more furmint related plans! 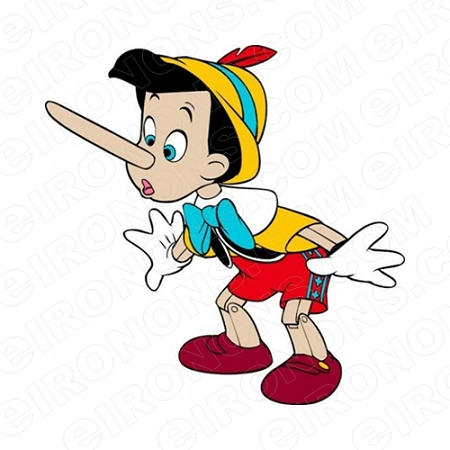 @David007 indeed! We still have stock of the Furmint - this’ll be made available again in the November Fine Wine List. As Freddy mentions we have three different Kekfrankos which we will release in a producer focus at some point. Sales programme has been put through the wringer over the last few months and e-mail slots are in high demand so this will likely be at the start of next year now… Apologies @szaki1974 as I know you’re keen to get your hands on these as well.

Such an interesting session! The whole process is fascinating, and it’s wonderful to know that TWS is probably the only merchant that runs this sort of blind tasting event for the benefit of its members. Super!

There is also his Leithaberg Blaufrankisch which he made just over the border in Austria, which will make an appearance at the same time, no doubt.