I find the ‘Guide’ invaluable. I purchase a copy every year and use it throughout the year but especially when choosing who to visit…producers must have regularly been rated highly for their wines … a coup de coeur almost essential

Are there other such guides written in native language ?

Would people like to see translations (full or simplified) of these books ?

I have never seen Hachette, so I can’t compare, but the guide I’ve bought every year since 1996 is the Platter Guide to South African Wines; 2020 is its 40th Anniversary.

Invaluable for visiting the winelands with maps, wine ratings and winery details.
And in English - a native language of the region and one which I understand

a native language of the region

I thought it was Afrikaans…?

Yes, for Australia the Halliday Wine Companion serves the same function as the Hachatte and Platter guides. They are all usually available to order in the UK from the usual sources.

I suppose the other thing to say is that you are always at the mercy of the assessors’ palates - as you are if following a particular critic. So if your palate diverges markedly for some reason you may have problems.

Doesn’t it have about a dozen ‘official’ languages, including Afrikaans and English, and then about thirty odd other ‘unofficial’ indigenous languages?

Ah, this is probably the answer. I guess I associate Afrikaans with the white population - which, I suspect, is still likely to be the majority wine makers, sadly. I might be making completely the wrong assumptions here.

No doubt there are plenty of indigenous languages, as you say.

thanks - will have a look

A slightly cheaper book option for Australia is Australian Wine Vintages (disclaimer: I used to be on the tasting panel), or digital alternatives are The Real Review and The Wine Front. I find myself referring to TWF the most but as has been mentioned it comes down to finding reviewers and systems that you connect with.

I guess I associate Afrikaans with the white population -

White settlers were predominantly either Dutch or British so not all white South Africans will speak Africaans.

Makes sense!
This goes to show why anecdotal evidence is often unsatisfactory; virtually all the South Africans I personally got to know, in one capacity or other, are of Dutch origin.

Over the years I have bought:
Platter for SA, Halliday for Aus, Michael Cooper for NZ, Penin for Spain, Gambero for Italy and of course Hachette.

I don’t buy hard copies of anything now, and have piles of the above sitting around doing nothing. If anyone wishes to purchase back copies let me know

I get a weekly email from Cyril* in English.

It’s interesting because we think of the non-white people in South Africa belonging to various tribes with their own languages, but the white people also belong to tribes.

Guide Hachette produced an English version in 2002, the only time they have to my knowledge. 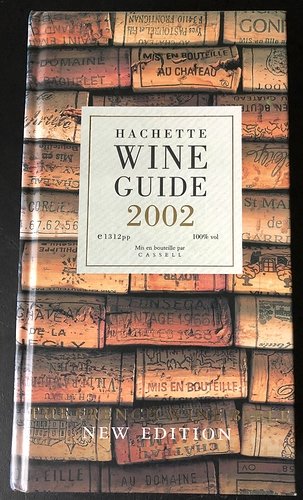 Thanks, Peter! You learn something new everyday!

I’ve got one of those somewhere! At around the same time there was an English language version of the Gault-Milau German Wine Guide, which I found fascinating as it covered, in detail, areas like Hessische-Bergstraße, Ahr and Saale-Unstrut which are studiously ignored by most outside of Germany. I definitely have a copy of this and still refer to it despite being over 20 years old

is this a region by region guide? 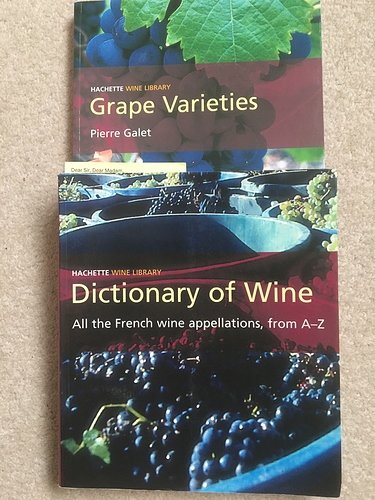 Ref Pierre Galet - he was very famous as an ampelographer but all his work was in French. Jancis Robinson wrote the first English language book on grape varieties, where they grow and how their wines taste in 1992 in Vines, Grapes & Wines.

The English translation of Galet’s book, as illustrated, was - I think - in response to that, but it only covered 36 varieties (all French I think) whereas Robinsons covered the world.

Unfortunately Galet’s work was prior to DNA, and I guess is outdated now