Just watched the film. It was very good fun. We really enjoyed it. Many thanks for the recommendation.

Our Around the World in lockdown Food and Wine Tour continues with USA as Country No. 5. 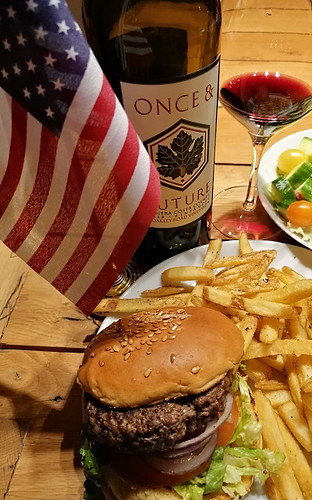 20210203_hamburger400×641 125 KB
And the food had to be Hamburger with Zinfandel as the wine. The burger and chips were Deliveroo’d from Meating Room. Burger was fine, chips were good and plentiful, and it was good to get a bread roll (toasted) rather than the all too common brioche that just disintegrates in ones hand.

The Zin was one of a case I’d bought from The Wine Society. 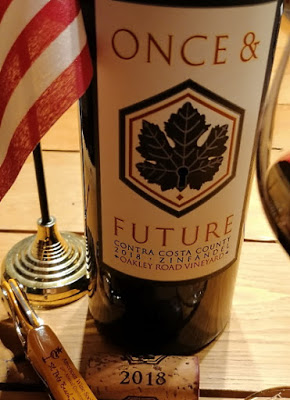 This was made by the King of Zin, Joel Peterson, late of Ravenswood. When Ravenswood got too big he sold it and started a small operation that would get no larger than he could personally make wine.

The Oakley Road vineyard was planted with Zinfandel wines on their own roots 118 years ago. The deep sands of the vineyard were deposited by river flooding, washed down from gold-rush excavations, and give protection from phylloxera.

The wine is restrained and elegant, offering purity of fruit and great pleasure. It was aged in French oak barrels, 30% new.

Another dimension to the age old question: does it travel well?

The 12 bottles of (mystery, for now) Bdx wine and vines have landed safely back in the city after their 438 days on the International Space Station. Tasting will take place next month to compare impact of zero gravity against the same wines that remained behind #spacewine
1 Like
MikeFranklin February 4, 2021, 6:12pm #64

This seems to me like an enormously expensive (almost obscenely so) PR exercise. Why would anyone want to know how well wines survives a trip to space. Not something that’s likely to be an issue for many a decade to come.

Country Six in our Lock Down Tour was Ukraine.

The food was Chicken Kiev. The last time I had this dish was in Kiev in 2019 when Viking Sineus moored there at the end of a cruise from the Black Sea port of Odessa and up the Dnieper River. I brought the wine home with me, bought in Odessa and it’s a varietal Odessky Cherny which translates to Odessa Black, so both start and end points of the cruise are referenced in this meal. 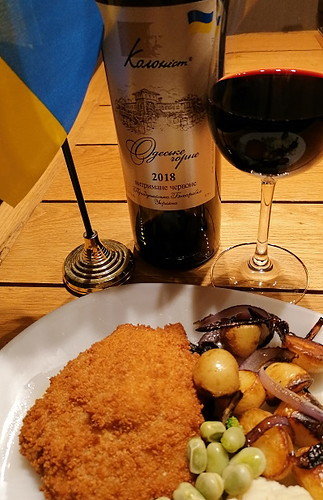 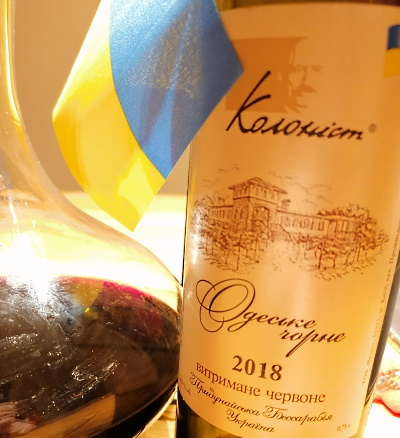 Odessky Cherny (Odessa Black) is a successful 20th Century crossing of the red fleshed Alicante Bouschet and Cabernet Sauvignon. The wine was opaque black red and had thrown a lot of deposits along the bottle where I’d kept it on its side for the past 18 months. It had the structure of Cabernet together with the intensity of Alicante. Very enjoyable, but unfortunately my only bottle.

Past experience with the Bin Series show it’s not as adventurous as many think. It tends to use current suppliers rather than strike out somewhere new.

Last weekend was Sweden for us!

Not as well presented as the real thing, but all the important components are there. Homemade meatballs & sauce, accompanied by mash, lingonberry jam and gherkins.

A mix of salty liquorice, cinamonbuns and chokladboll were also enjoyed over the weekend!!

Looks lovely. Some Swedish dessert to add to the meal, with waffles served with blueberry jam and cream, or våffla med blåbär sylt och grädde as the locals would say… 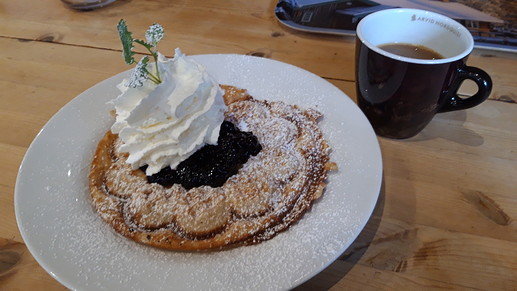 Up north this week, so a wintery outlook… 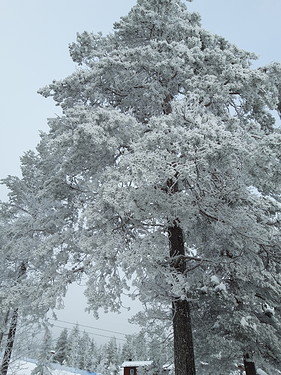 I currently do not have any Georgian wine.

I did have a qveri Rkatsitelli from M&S, and although I like Rkasitelli I really did not like this orange wine - and what food represents Georgia?

(I also had wine from the US state of Georgia that was much more palatable, but that’s not the Georgia of which you speak, and their wines are impossible to get here.

Apparently there is a dumpling soup recipe, flatbreads, and a Slavonic Ratatouille, plenty of others I believe…
Alexander Pushkin is reputed to have said “Every Georgian dish is a poem.”

Food from Georgia in my (very limited) experience stewed meat with lots of paprika, dumplings, good (often stuffed) breads and a lots of veg.

It may take me some time to get around to Georgia.

What I’d like asap is a Chinese and an Indian wine. 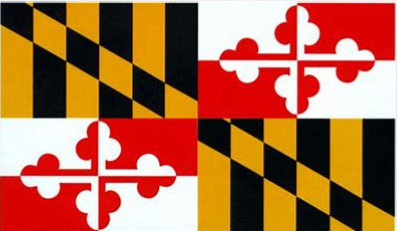 and there is a dish - Chicken Maryland - that used to be commonly on restaurant menus that one doesn’t see any more, but I reckon I can do it at home. But no Maryland wine…

The closest I’ve managed to Maryland wine is a Viognier from Virginia.

I had Chinese wine once too, it was in the very big Cabernet mould, and was probably about a decade too young for a European palate.

That looks so good! (Although surely it’s semla season at the moment!)

Indian wine - brings back memories of the Omar Khayaam Indian sparkling that was about in the 90s. No recent sightings…

You could try emailing the Maryland Wineries Association and ask them if they know if any of their members export to the U.K.

Thanks for your suggestion re Maryland, but we get little or no wine from large wine producing US States so I hold out no-hope for getting Maryland (which is a small state with fewer than 100 wineries, all very small) wine. But I hope to get a bottle on my next trip to the USA, hopefully circumstances allowing, in October/November.

India had a trade stand at the London Wine Fair a few years ago an there were some excellent wines there. M&S did have one or two Indian wines some time ago, but I’ve not seen them for a while.

However, I have now got a bottle of Sula Vineyards Estate Bottled Shiraz 2018 from Amazon, so we’ll be travelling to India next week.

Country seven in our Lockdown Tour is New Zealand.

We’ve enjoyed visiting NZ in real life and hope to return, but a virtual trip is much quicker and less stressful since NZ is 24 hours flying from London. I’ve done it in one burst, arriving at about 1am, disorientated, badly jet-lagged, and determined to never do it in one go again. Spending a few days in Singapore one suffers from jet-lag and then get jet-lag again when arriving in NZ. Breaking the journey in Sydney seems best as from there it’s less than 5 hours to NZ and there’s no second jet-lag.

But there’s no jet-lag at all in traveling virtually. As it was Sunday we started with a glass of fizz. 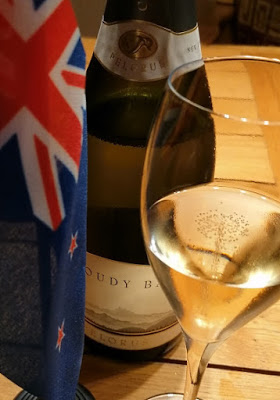 There’s said to be more sheep than people in New Zealand, so we chose New Zealand lamb for our representative dish, roasted with parsnip and potatoes and steamed cabbage, carrots and broad beans. In NZ we’d have had roasted Kumara (a variety of sweet potato) but since that wasn’t available we had parsnip.

And to accompany, we had a red Bordeaux blend from NZs oldest winery, Te Mata. 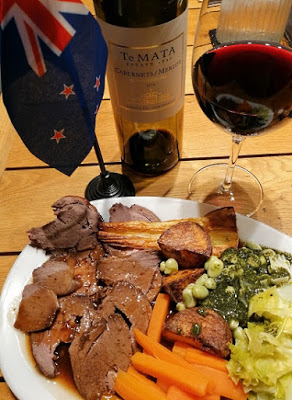