I Didn't Know That 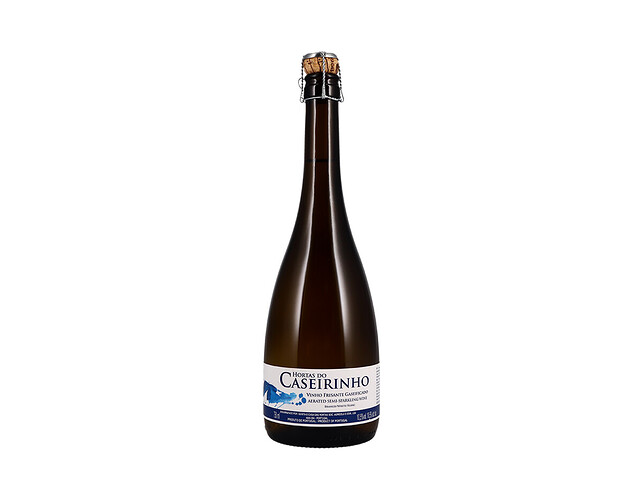 Yes, the text refers to sparkling wine produced in the EU, it was written as an EU law. But that’s not how retained EU law works under the EU Withdrawal Act, otherwise none of the retained law would apply in the UK where the EU is mentioned (which it is in most laws).

For all practical and legal purposes, in all retained EU law, unless specifically changed all references to the EU/Union also apply to the UK as if the EU wording had been replaced with UK. The mention of the EU here does not exclude UK produced wine until the law is changed in the UK.

Thank god none of this is a complete mess created by not thinking through the consequences of actions taken, otherwise there’d be real confusion as to what the actual law is meant to be doing.

If necessary, the producer would by definition need to use a foil coverring anyway, irrespective of EU regulations, so I don’t really see the point of the regulation. Also, I find it difficult to imagine any scenario where a foil covering is actually necessary.

To me it sounds like an unfortunate comprise wording. One party was arguing for foil coverings to be mandatory, while another objected, so “if necessary” was added.

It seems I am not the only one to feel that the whole issue is a desperate attempt to point to a Brexit premium.

I didn’t know* that sparkling wines have foil over the cork and most of the bottle neck by law.

*but I expect Steve Slatcher did

Come on - the foil is often used as a marketing gimmick and will have minimal cost - see Pomagne! I wonder if there’s a clause in the law that means it only applies to large volume producers.

Ha ha! A good Brexit premium that! To add to all the others we were promised including all the NHS cash on the side of that Brexit bus. All pigs wined up and ready to fly!

I would read the words ‘if necessary’ to refer to the cap only, with ‘and’ supplying a compulsory element.

Yes, there is a potential ambiguity there, “if necessary” could be read either way (cap only or cap and foil).

There can be weeks of debate between lawyers over the placement of a comma when drafting these laws, and still ambiguities remain. These have historically been clarified or interpreted, where necessary, by the courts. I doubt this one made it to the ECJ, but stranger things have happened…

That would be my reading.

It may be that the “if necessary” relates to the rules of appellation etc. Don’t forget that EU directives are not law in themselves. They are directions to member states to impose the regulations described. In the case of wines, these are usually in the form of the local regulations such as (was) AC etc. I’m pretty sure that champagne has minimum presentation requirements, so maybe the directive is simply reflecting that, and allowing local custom and practice to be continued.

The foil itself won’t cost much but its an additional process… which requires another machine, more time, more quality control, warehouse space, set-up time etc.

On reflection it sounds like protectionism… a regulation demanded by the Grandes Maisons to deter those those pesky small producer’s from entering the market!

I doubt this one made it to the ECJ, but stranger things have happened…

However (Brexit Bonus Points for a correct reply) is the UK still bound by the ECJ ?

However (Brexit Bonus Points for a correct reply) is the UK still bound by the ECJ ?

Yes and No (or No and Yes, depending on your point of view). I will leave it at that.

which requires another machine,

From what I have seen of sparkling wine bottling one machine does the filling, capping, wiring and foiling in a continuous process.

From what I have seen of sparkling wine bottling one machine does the filling, capping, wiring and foiling in a continuous process.

I think it’s not one machine but a series of linked modules.
With methode champenoise wines the start is an ice bath, a module then disgorges the wine, inserts the dosage before the cork is inserted and so on. I think if you don’t want foil then you don’t use the module that puts foil on.

It’s a brave sparkling wine maker that doesn’t foil their wine as they try to convince consumers that they are champagne like.

I have had methode champenois wines without foil one was a RSA wine from Steenberg sold by M&S, and another was an Australian from the Chandon stable closed with a crown cap. (nasty horrible thing becaise it needs a tool to open, unlike a champagne cork)