That’s all you need really

A motto for life there @Brocklehurstj

Dave. Welcome. I sympathise having had a similar rude awakening on wine prices when I returned from Argentina. On the tastings, you can view past one on YouTube, which will give you an insight into how the are delivered. I have joined a number but enjoy the explanation and discussion more than the actual tasting. That said, I have just bought the tasting pack for the north v south blind tasting in August - tasting blind is fun and removes most preconceptions.

Welcome @DrDave and I trust you will find plenty of information and advice here. If none of it works, try this guy: 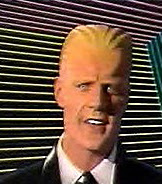 By way of introduction I responded to a message from Nick, aka Bluebeard, for a casual offline at Crouch End Cellars this week organised by The Wine Society (TWS) forum after a couple of people had to drop out. I have been a member of a couple of other forums, one based in the US and another based in the UK, since 2001 and 2006 respectively, but I have been a membership of TWS for much longer - so it is only appropriate that I join TWS community after all these years - in fact since 1986, from a tender young age, when my first boss invited me to a burgundy tasting at the World Trade Centre near Tower Bridge. He also used to drag me along to Beaujolais Nouveau tastings in November, which meant I did not start to develop an interest in wine until two years later when I tasted some exuberant Australian numbers. It was then I realised that wine wasn’t just something to drink strictly with food, but could be pleasurable on its own. Since then my tastes have evolved and, fortuitously, I started collecting more seriously in the early 1990s. I have accumulated a fair bit of wine over many years in many different locations, including at TWS, but I have rarely regretted buying anything. Much more, I have regretted the ones that got away. These days I buy more from TWS than anywhere else. I would say my tastes are quite eclectic but most of my holdings are in Bordeaux, Burgundy, Piedmont and Northern Rhone. Living in London N1 I am ideally placed to attend a lot of wine tasting events and dinners throughout the year. As a natural hedge against my Bacchanalian vinous and culinary pursuits I am a keen cyclist, which ostensibly helps to restore a sense of equilibrium. Last night’s gathering at Crouch End Cellars was a resounding success , as each wine shone in its own inimitable style. I very much look forward to future interactions with TWS community.

Hello @ComteFlaneur . Great to have your company - beware of being drawing into expenditure for which you hadn’t planned. Lots of exciting opportunities will be drawn to your attention.

Welcome Ian and great to meet you in person last night. I’ve certainly found this community to be an eye- (and wallet-) opening experience. Perhaps Greece and South Africa should be the theme of the next North London gathering

I’ve just joined The Wine Society and taken delivery of my first mixed case - in the middle of a heat wave and whilst trying to lose weight, so I’ve not tried any of them yet.

In all honesty I think of myself as a real ale drinker. I’ve never had a taste for spirits, had a quick fling with various gins but now turned my back on tehm (ironically, just as my brother has opened a distillery producing the stuff) and similarly with whisky/whiskey.

I love mainly red wines - I’d guess my favourite area would be the Douro. My tastes are quite cheap and uncomplicated - mainly fruity and full bodied. The best wine I’ve ever tasted - a toss up between two, a Dao (an experience never repeated, sadly) and a Petaluma Coonawarra from Brian Crozer from down under.

White wines, great in hot weather and well chilled, but I seldom return for a second glass. I’ve probably got a dodgy pallet.

Welcome Ian! There’s quite a good thread on red wines to try with lots of good recommendations. You’ll soon find yourself sucked in, have no fear

Feels weird introducing myself to a society I’ve been a member of since August 2014… but I only joined to community today, so, I guess that DOES make me new.

My name’s Jason. I grew up in a small village called Adelaide, nestled somewhere between the Barossa Valley and McLaren Vale… so you can guess what my adolescence was spent doing (and largely missing the point of). I moved to the UK about 17 years ago and was stunned to learn of the variety of other wines out there, and having now reached my 40s have decided to try to actually learn a thing or 2 about this amazing hobby. In between my other hobbies, of beer/brewing and whisky tasting/collecting.

As breathtaking as the journeying around the world of flavour that wine’s taken me has been, I’ve still got a strong predilection for Barossa Shiraz (when you know, you know), and am pressing ahead with my campaign to TRY to educate as many British palates as I can about the singular joy of sparkling shiraz.

My other favourites currently are South African Pinotage (which my wife introduced me to), St Emilion (following a trip to Bordeaux a few years back), and bone dry rieslings, sauvignon blanc, and fiano.

That oughtta to for now… talk soon!

When you’ve set up the first “Introduction to Sparkling Shiraz” session just post the details on this forum - I’m sure you’ll get plenty of British palates, and probably a few others too!

By “British”, I think in my mind I meant “located in Britain” rather than anything to do with origins… although I expect there’s WS member all over the planet, now I think of it.

If it’s any compensation, Jason… If I were sentenced to hereafter be restricted to drinking wines from only one country … I would choose Australia for sure.

Welcome, Jason. We’re all on a journey, even those of us who have worked in the trade for 20+ years! Enjoy the Community. Lots of good banter, intersting discussions and, most wallet-destroying of all, great wine recommendations!

Heh, that’s fine… ALL THE MORE FOR ME!

I’m just totally baffled that most “bottle shops” (colloquialism of my people, and often a “drive-thru” situation) have a Sparkling Wine aisle, not a shelf - teeming with delicious velvety reds. Over here you’re lucky to find ONE product.

Welcome to our aisle …

A very nice aisle too

When did this appear, if you don’t mind me asking?
https://www.thewinesociety.com/product/turbullent-domaine-serol
Was lucky enough to pick some up from the cellar door earlier this month, but not noticed it on TWS’ list before. Description is spot on, a magnum disappeared faster than you could blink last weekend at my mother-in-law’s. Might have to wait for a bit more sunshine for the next bottle though.

Yes, and I can see that fans of sparkling white wines are VERY well catered-for. There’s a couple of rosés there for people who like that sort of thing, but sadly it looks from where I’m sitting like fans of sparkling red are currently better provided for by Sainsburys. 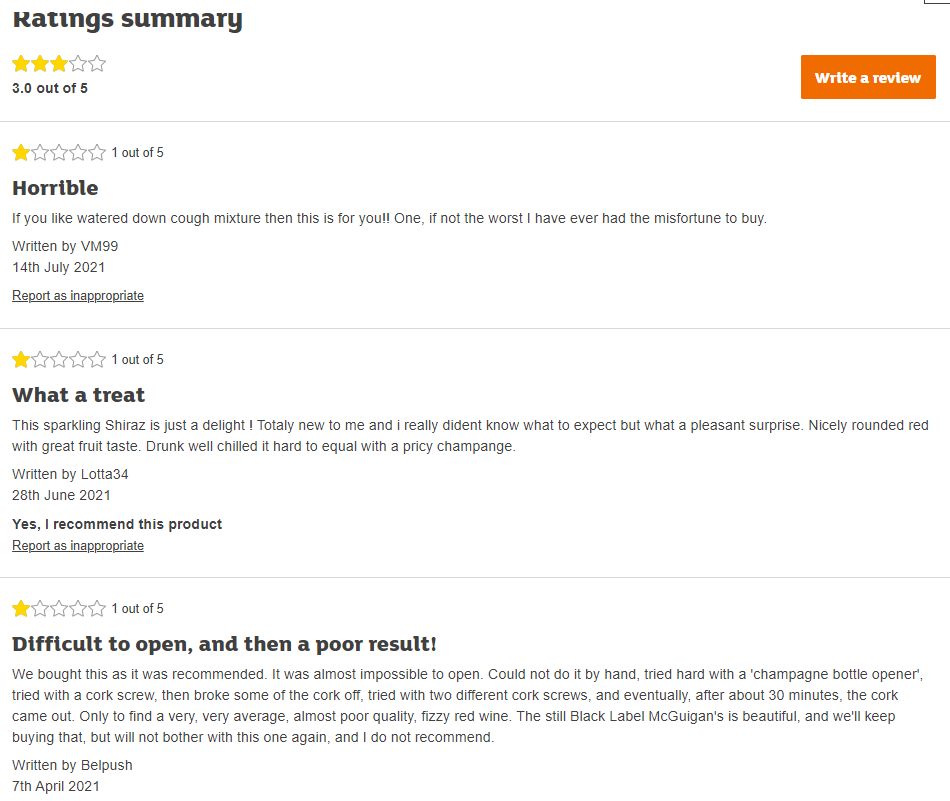 Now, this is very nice
https://www.thewinesociety.com/product/vecchio-moro-lambrusco-grasparossa-rinaldini