Have just posted in the weekday drinking thread, so thought I should probably introduce myself.

Have been a member for 6 years but did most of my imbibing outside of the house until Covid, so started regularly getting cases again. Soon to be a dad as well, so likely to be drinking more in the home even disregarding Covid.

I tend to see (and drink) wine inextricably linked with food. Interested in pairings but not precious. Open to left field suggestions.

And you might find that spending much time here will result in a great deal more product research, regardless of the state of your finances!

Have been shocked at the rate of product turnover. In a good way. A lot of the stuff added to the cellar (lucky with home capacity and conditions) over the last 6 months is already no longer available. And stuff that I’ve been looking for (beaujolais blanc) has become available. And nice to see wines like Condrieu be instantly replaced with an alternative when they sell out.

I only really drink French wine at the moment, so TWS does me fine. Not because it’s all I like (how could it be?) but because I like learning about the geography and food. Grew up holidaying there and hope to resume. Love Spanish wine (and Monastrell in particular) but I’m liking burrowing a bit deeper rather than just flitting about like I used to do.

France certainly has many different styles and includes a wide variety of grapes too. Since joining the Society, I have expanded my horizons into Germany, Oregon, Uruguay, Chile, Portuguese and more recently Greek wines, making many new favourites. I also find that there’s more and more depth to the wines of France each time I look!

I’m sure you’ll find plenty to read about, experience and enjoy.

Welcome to the community @RogerSterling, I look forward to seeing your French wine tips.

I tend to see (and drink) wine inextricably linked with food. Interested in pairings but not precious. Open to left field suggestions.

Me too (mostly), it’s great when the glass syncs with the plate. Definitely better to follow general guidelines than hard and fast rules because at the end of the day, it’s all down to personal taste. Brings to mind something I saw last week - nice to see one’s opinions validated occasionally (though not denying it is in her professional interest…) 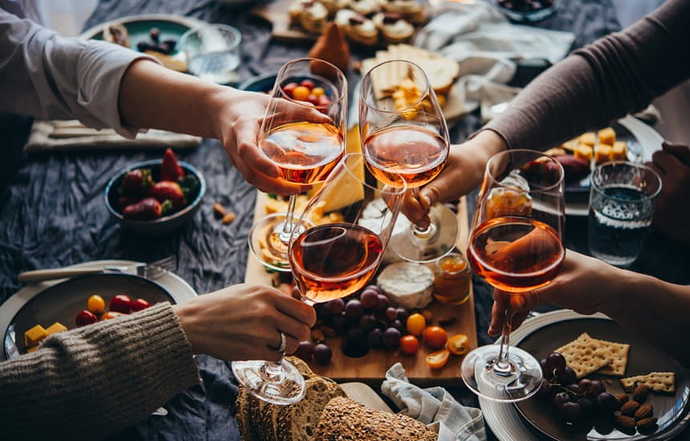 Was on the wave that joined TWS during the early pandemic and have been a regular buyer since. Even dipped my toe into the EP section with 12 buys there… shi… I hadn’t counted before. OOPS.

Icelander living in NW London so the TWS storage is excellent to avoid having to buying a larger house to store my wines.

Found this community a few weeks back and it seems very nice. Just getting afraid of my CC overheating… !

Hello @Birgir, welcome to the Community. Health Warning - it is a continuous source of temptation to spent spend spend.

Welcome @birgir! You’ve had plenty to read since you joined - hope it’s been interesting as well as expensive. Can I ask what wines interest an Icelander? I understand that as a Nordic country, alcohol can be an expensive pleasure, so what has interested you the most?

Rioja alta is very high up on my list. Like my Austrian Rieslings, and a good Chablis… hard to say no to Chateauneuf du Pape or Greywacke Wild SB.

Still finding exactly what I love but last couple of orders from TWS have been explorations of the world. Anything from Canadian Chardonnay to Eastern European.

An impressive variety of wines! When you find your favourite, let us know. Good to have your thoughts along the way.

Welcome Biggi. Another North Londoner here, there are a few of us around.

As another relatively recent joiner, I’ve found the Community very welcoming, massively distracting, highly educational, and a huge temptation. Speaking of which, have you seen @szaki1974 is looking to shift some nice Rioja Alta over on the Rioja forum…

It is def the journey that matters - try more and more!

Have there been any meet ups for North Londoners?

I’ve only been a member in the last few months so not in my time but I have a feeling there were previously. Might be a nice thing to do, with summer coming and social interaction becoming more than just a distant memory.

I did use to go to TWS tastings from time to time, they did some at Lords, which was a nice opportunity to meet other members and staff.

We’re in Muswell Hill now but I lived in West Hampstead for a long time and briefly before that in Kilburn. Wasn’t much of a wine nerd then but I did live round the corner from an Italian on West End Lane which was the scene of a few well-lubricated nights.

Welcome @Birgir! I also am a fan of Rioja Alta. Ive a pied-a-terre in Maida Vale and was usually there every other week (pre lockdown/covid) and I suspect I will be there more frequently as we open up from covid.

If you have any local tips please do share. I’d join a LN wine meet-up if it fell on one of my LN weeks.

My local wine shop is the Winery W9. Tastings are good in Maida Vale but it’s not necessarily VFM. Any recommendations?

Milk Beach in Queens Park is an excellent brunch spot and has a decent natural wine selection if that’s your thing. They do tasting evenings. Australian vibe and ownership - food is international and very well made and cooked.

Salisbury Wine store is quite good. Have tastings as well.

The rebuilt Carlton Tavern has just been reopened.

Any help in that?

Welcome @Birgir! Also North London based here - Kentish Town/Chalk Farm area - but yet to have the opportunity to explore many wine venues as I moved here during lockdown.

Icelander living in NW London so the TWS storage is excellent to avoid having to buying a larger house to store my wines.

Were you part of the Sugarcubes by any chance?